Please note this story has a sad and tragic ending. If you do not like these kind of stories, feel free to skip this post. Happening at the same time as the destroyed mallard duck nest (blog post here), I had a pair of House Finches (Carpodacus mexicanus) nest in my backyard. Sadly, this story ended even sadder than the story about the ducks... I will be splitting this story into a 2 part post. 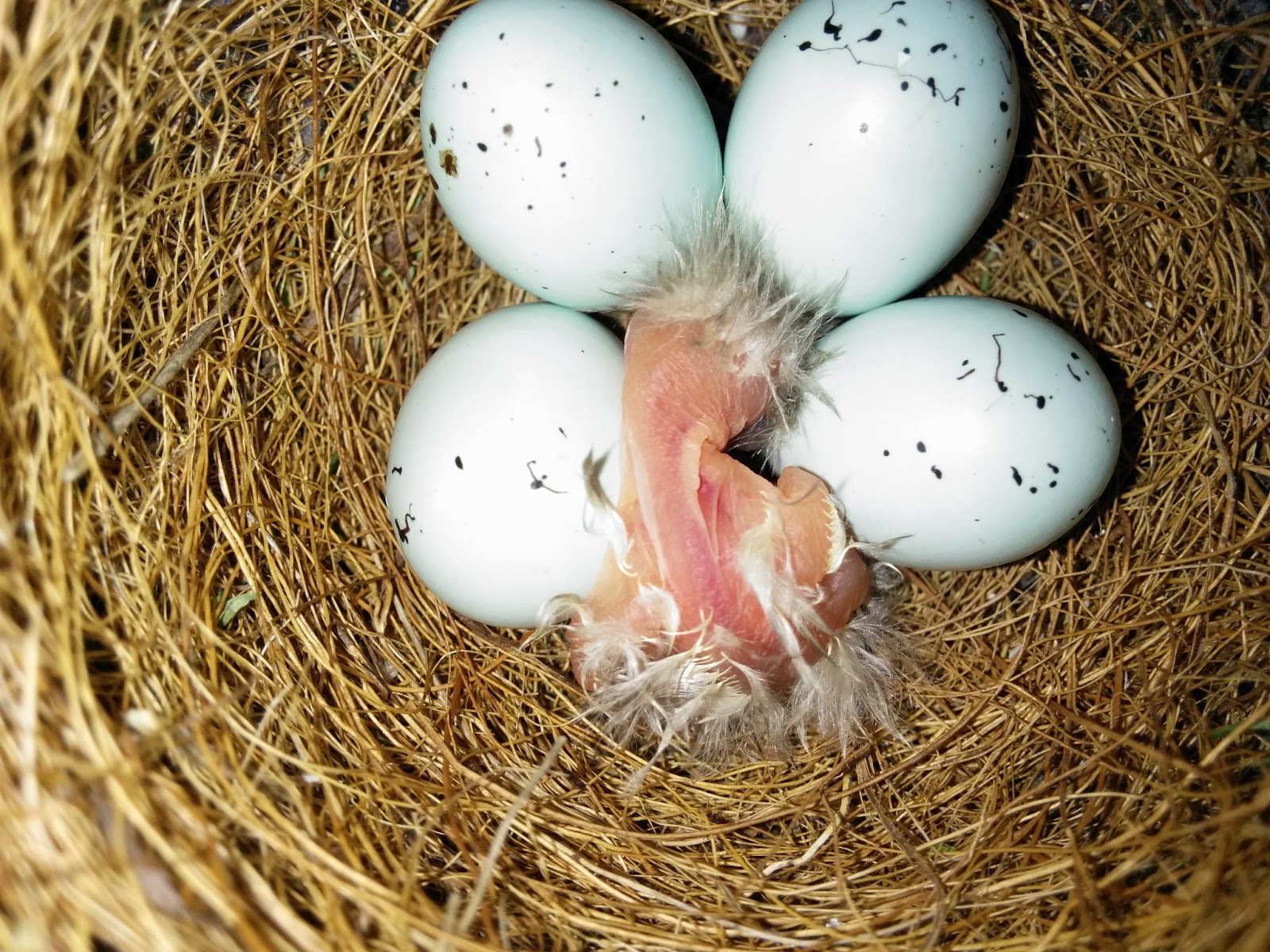 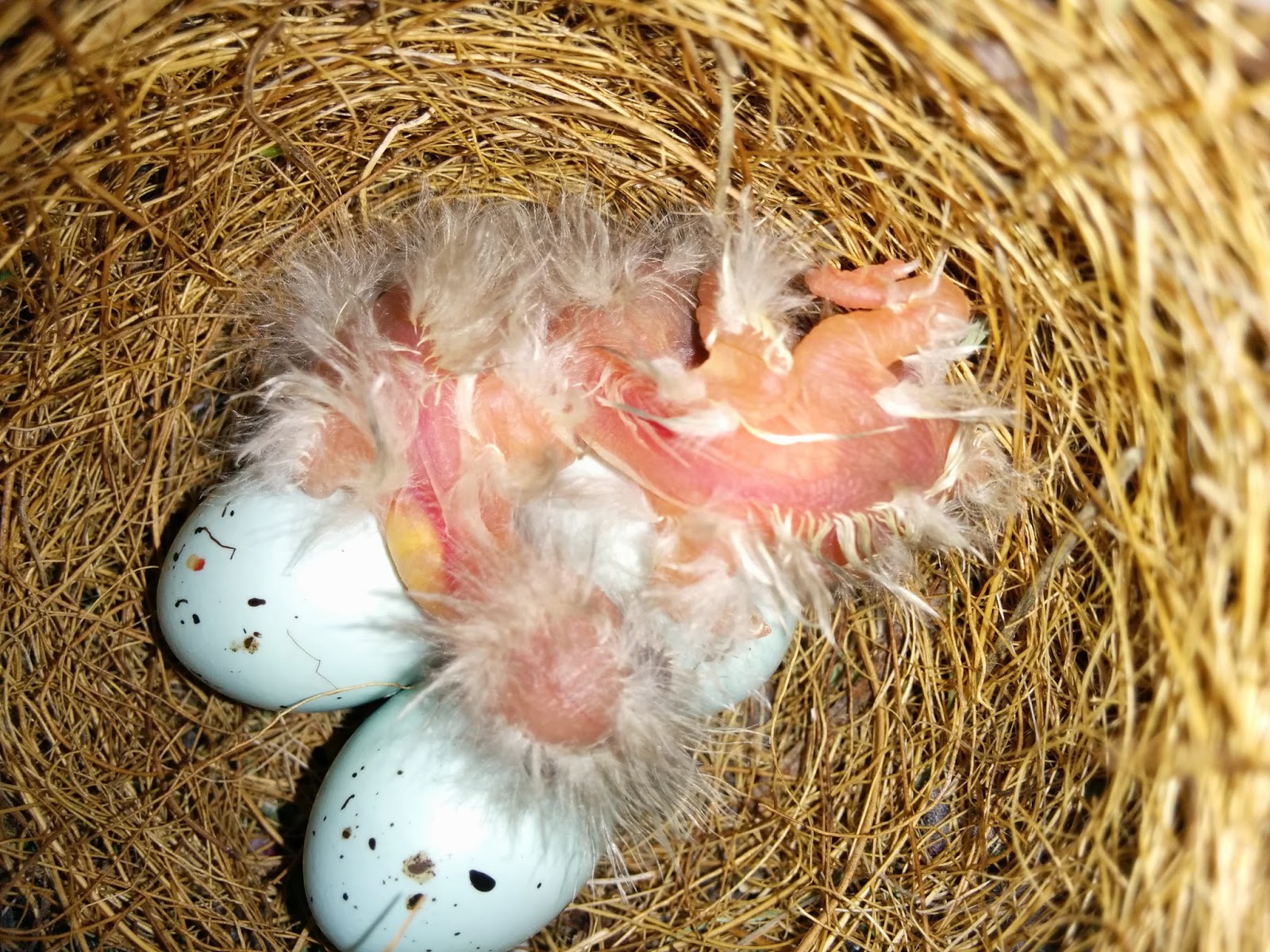 Photo shot on 4-9-2014. Later that evening, another chick has hatched. 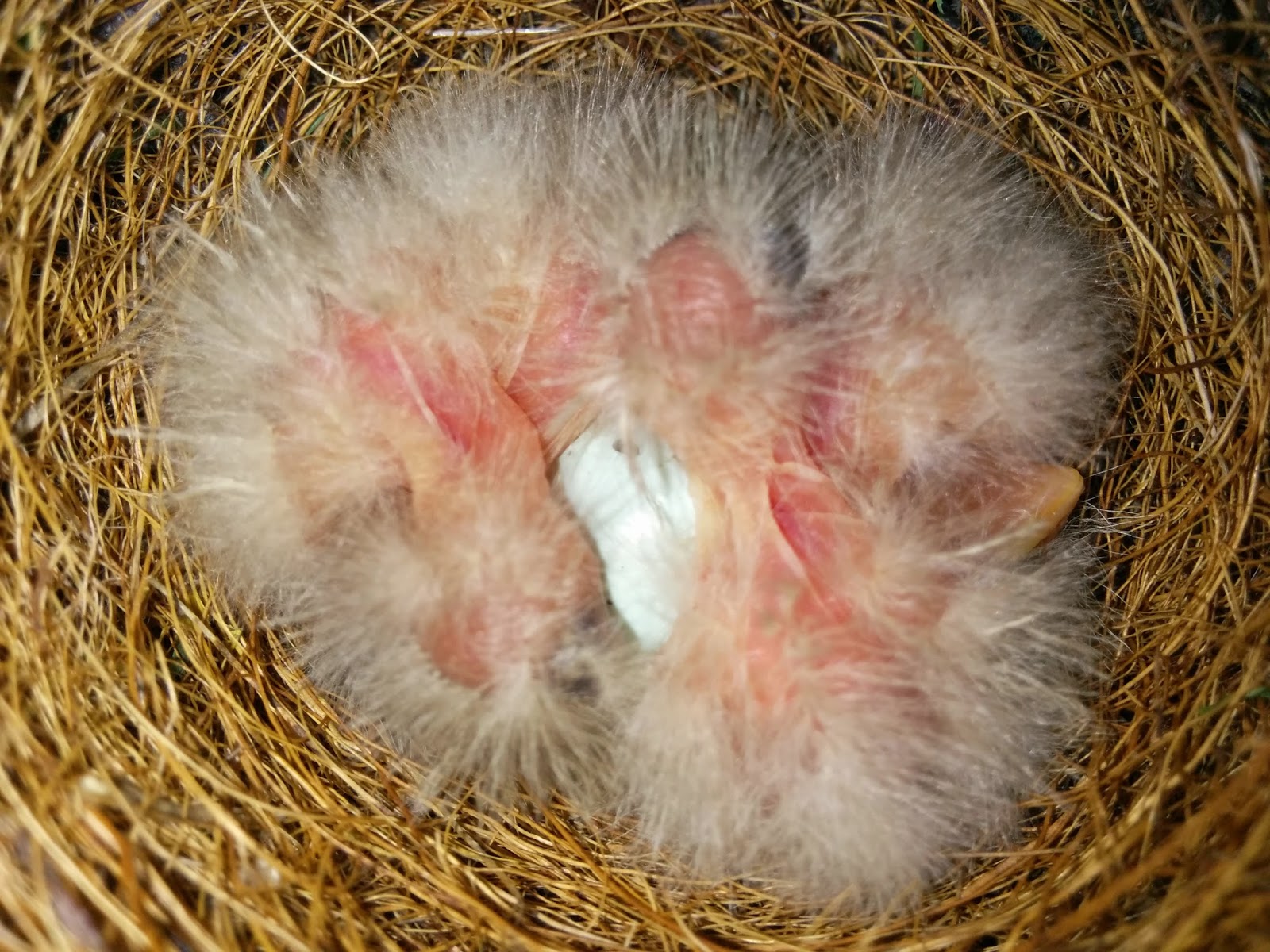 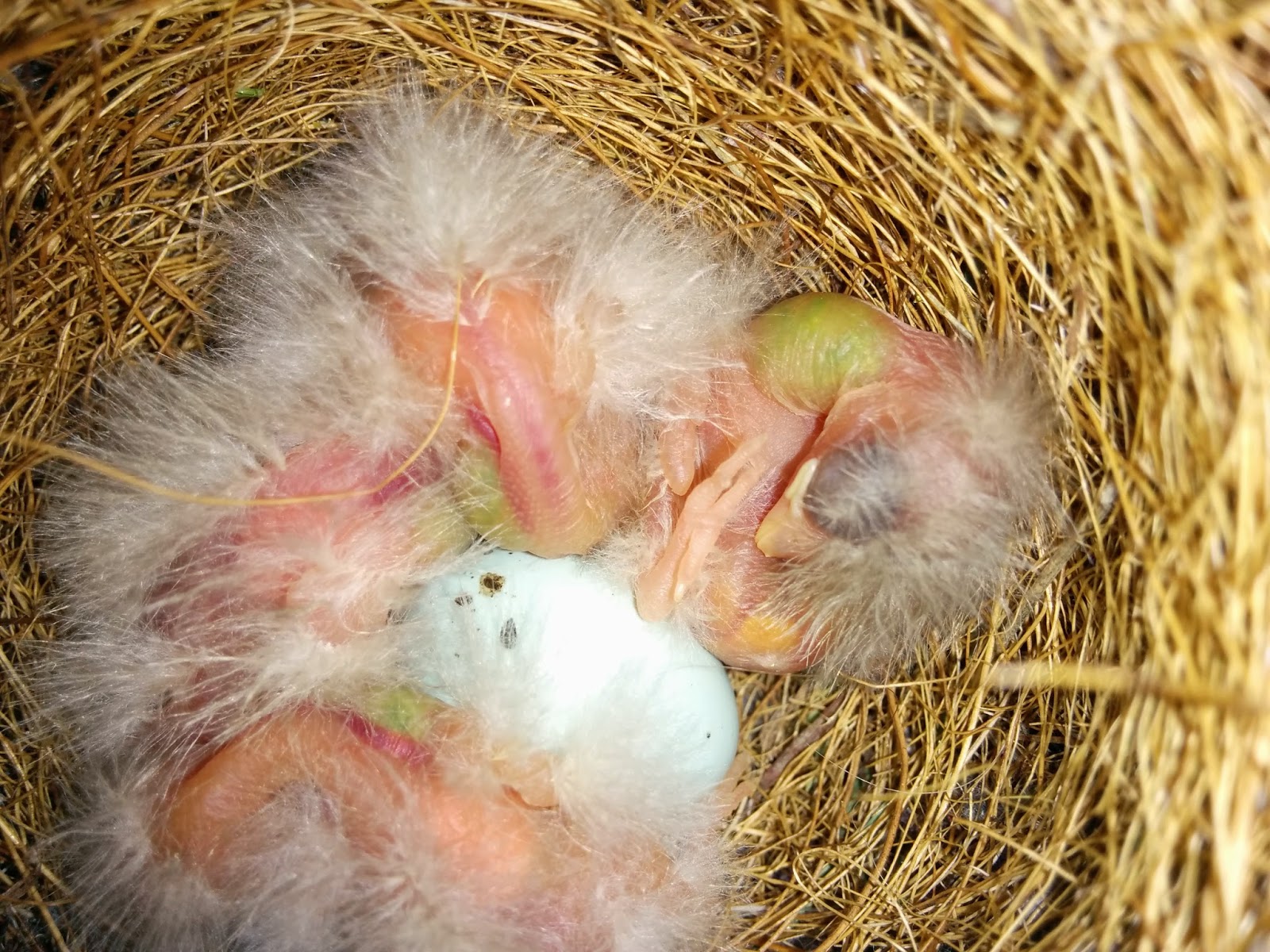 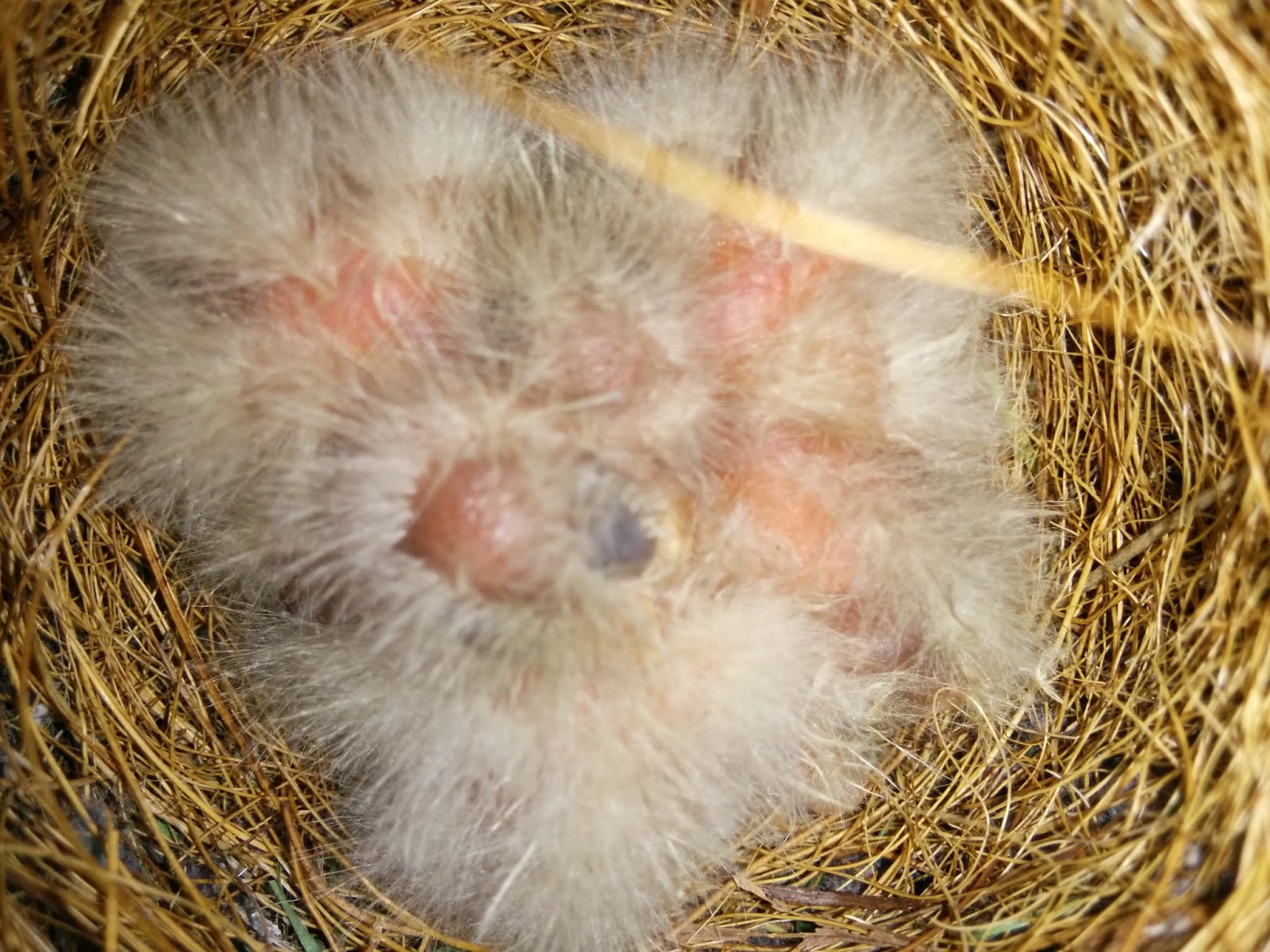 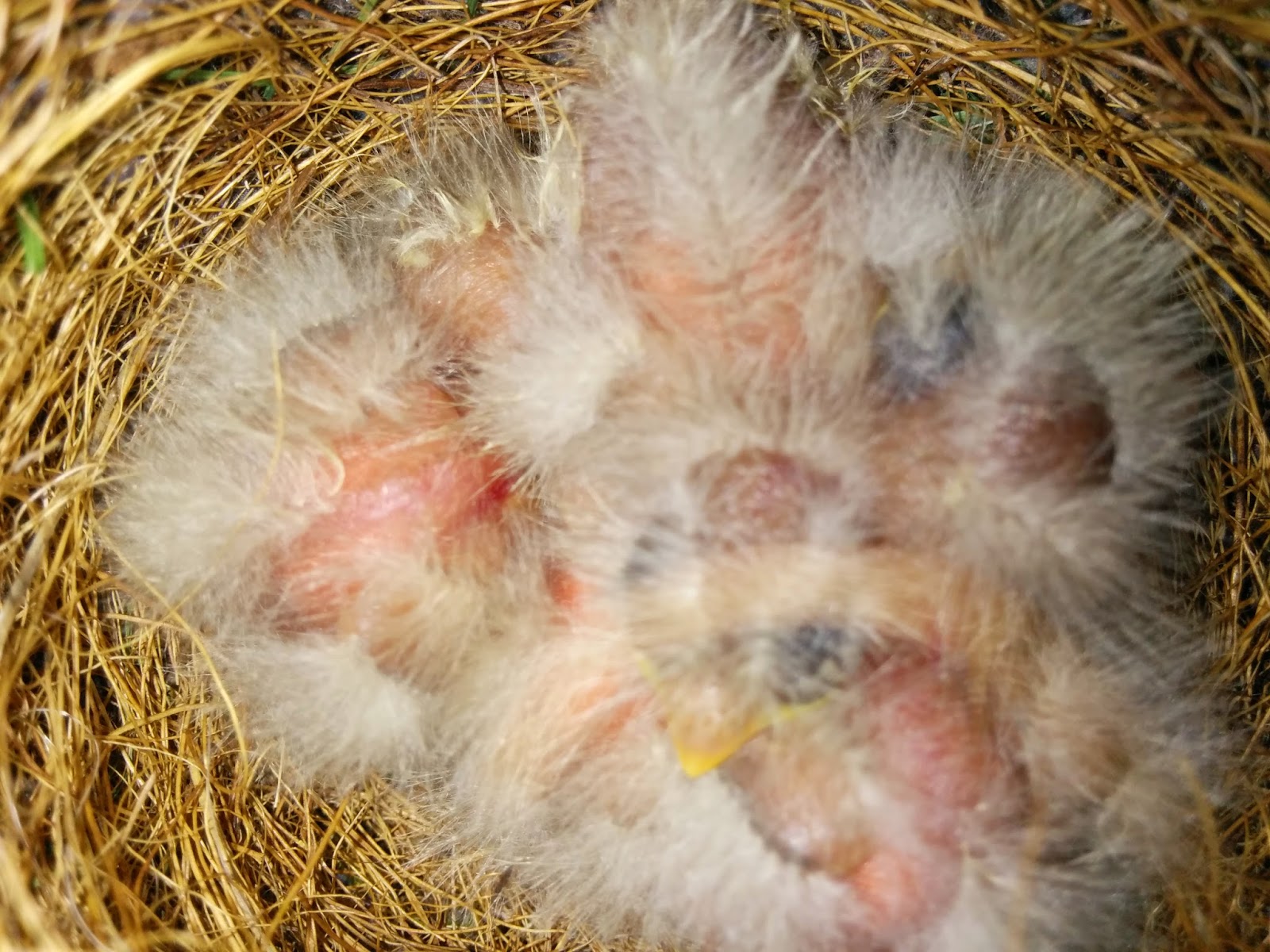 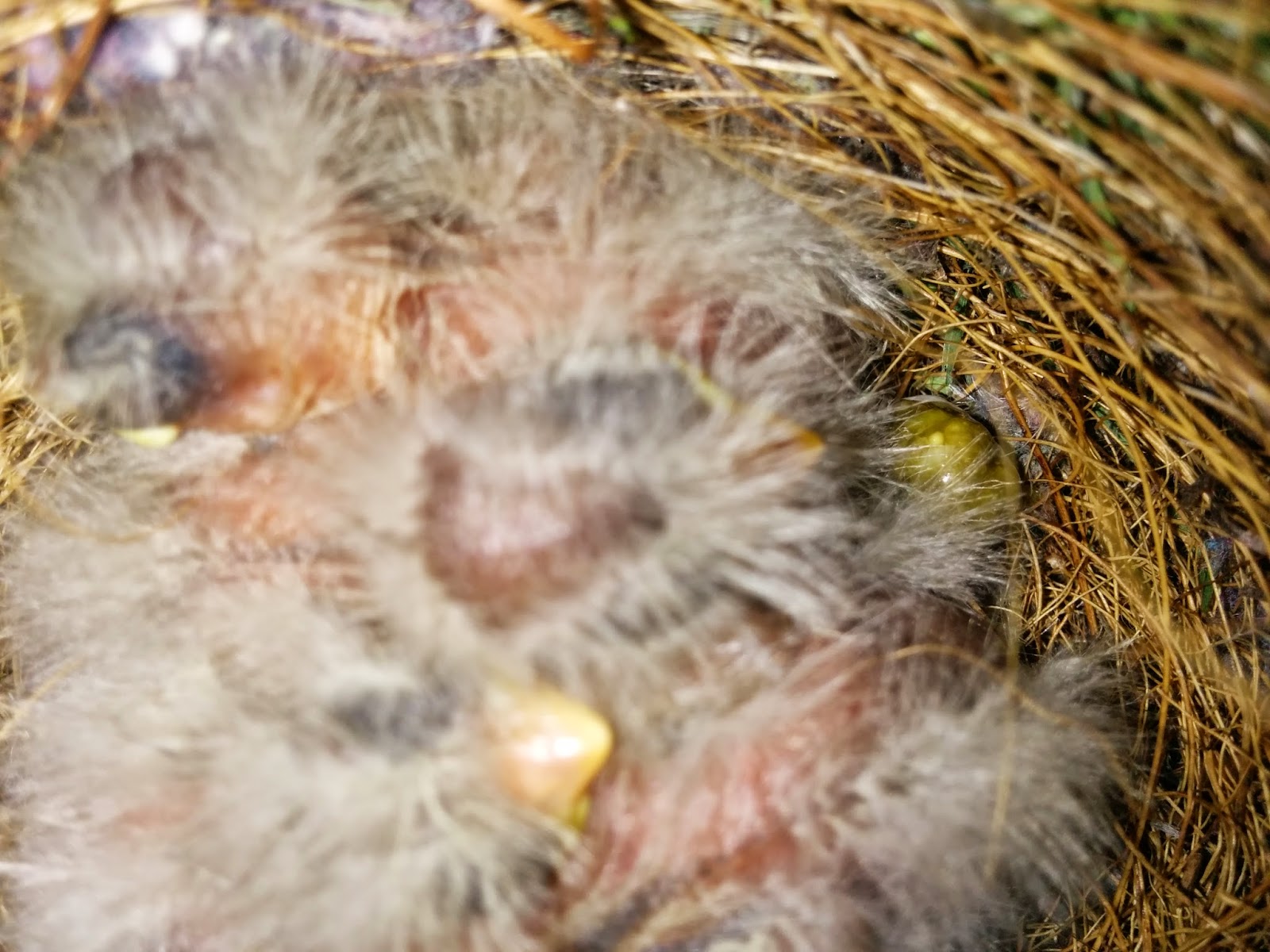 Photo shot on 4-13-2014. As they grew bigger, it was harder and harder to focus on them with my Nexus 5 camera due to the limited space above the nest. 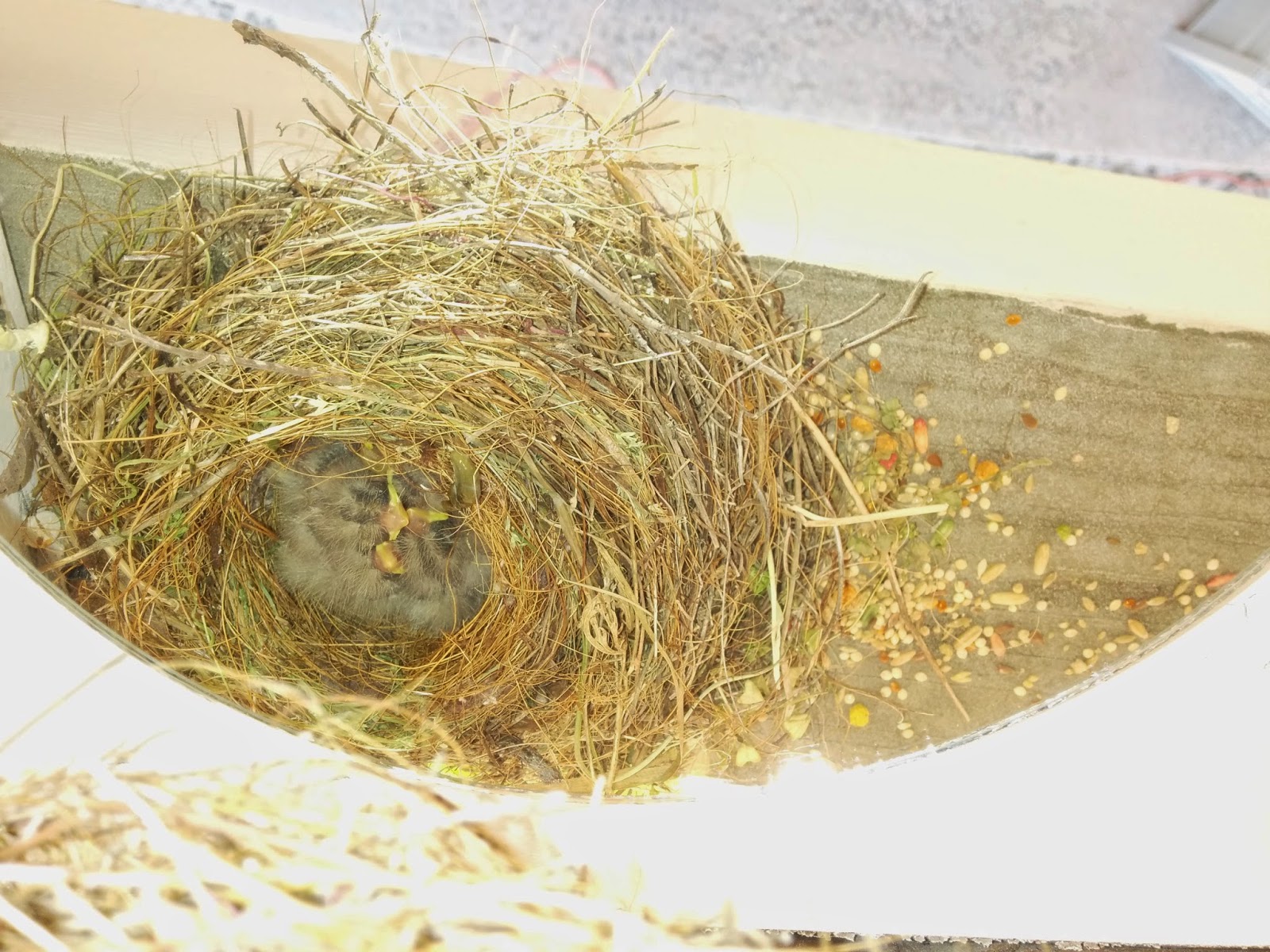 Photo shot on 4-14-2014. I decided it would be easier to focus and photograph the reflection using a mirror. I was going to use this mirror for macro photography of bugs, but I guess it is good in tight places too. 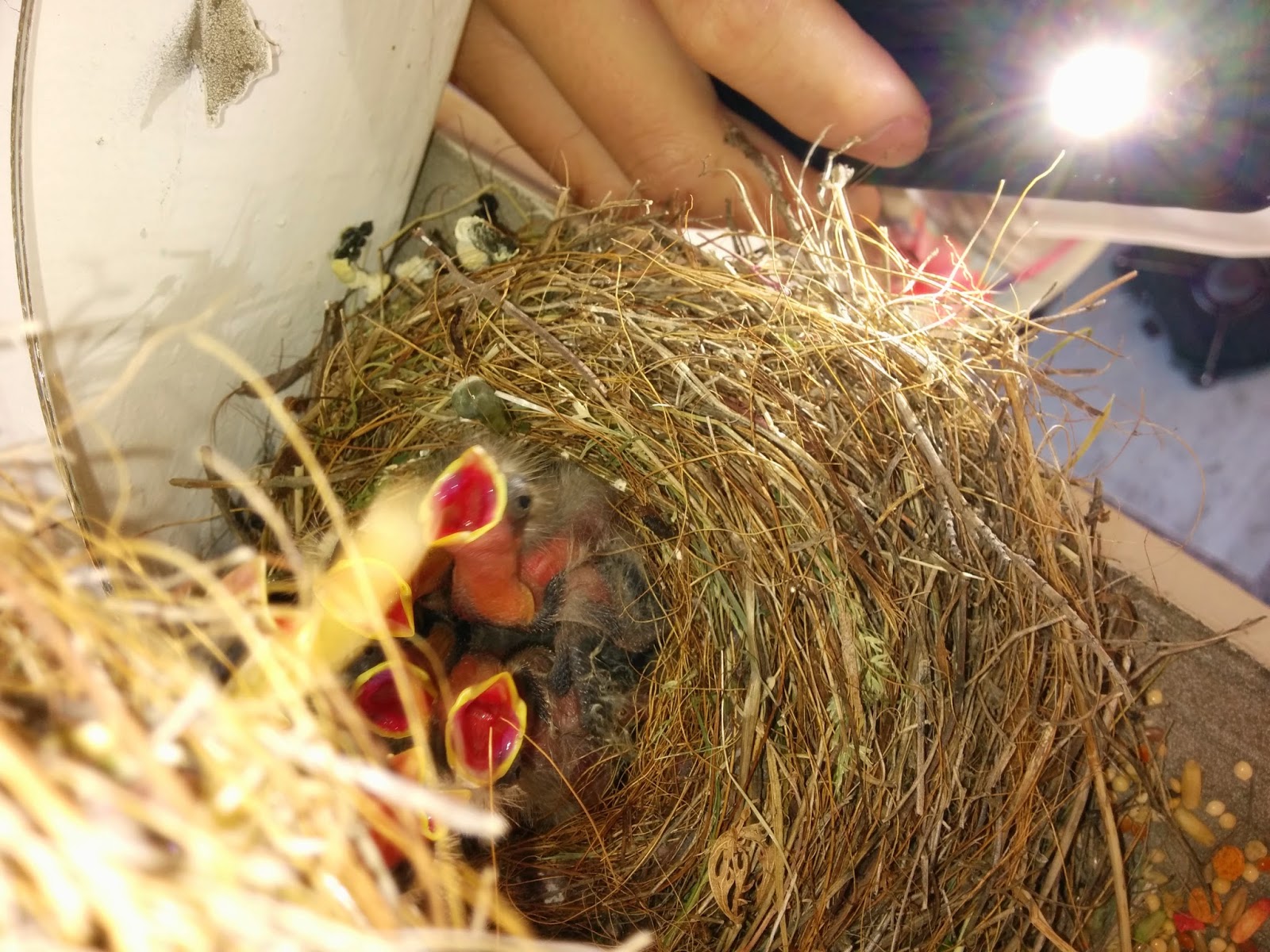 Photo shot on 4-16-2014. The little chicks aren't fooled by my phone or hand, but somehow them seeing their own reflection seems to confuse them and they open their mouth to beg for food. 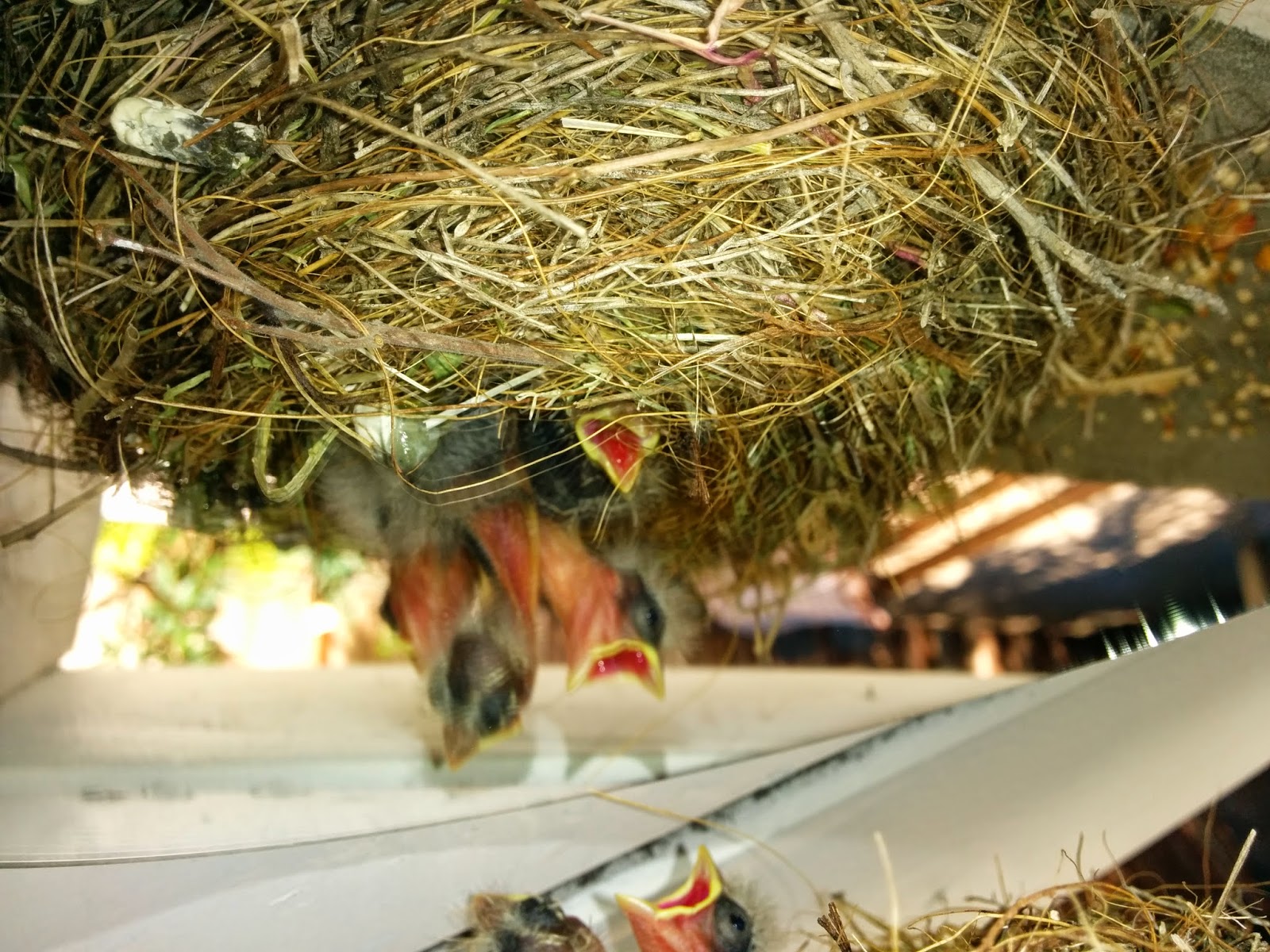 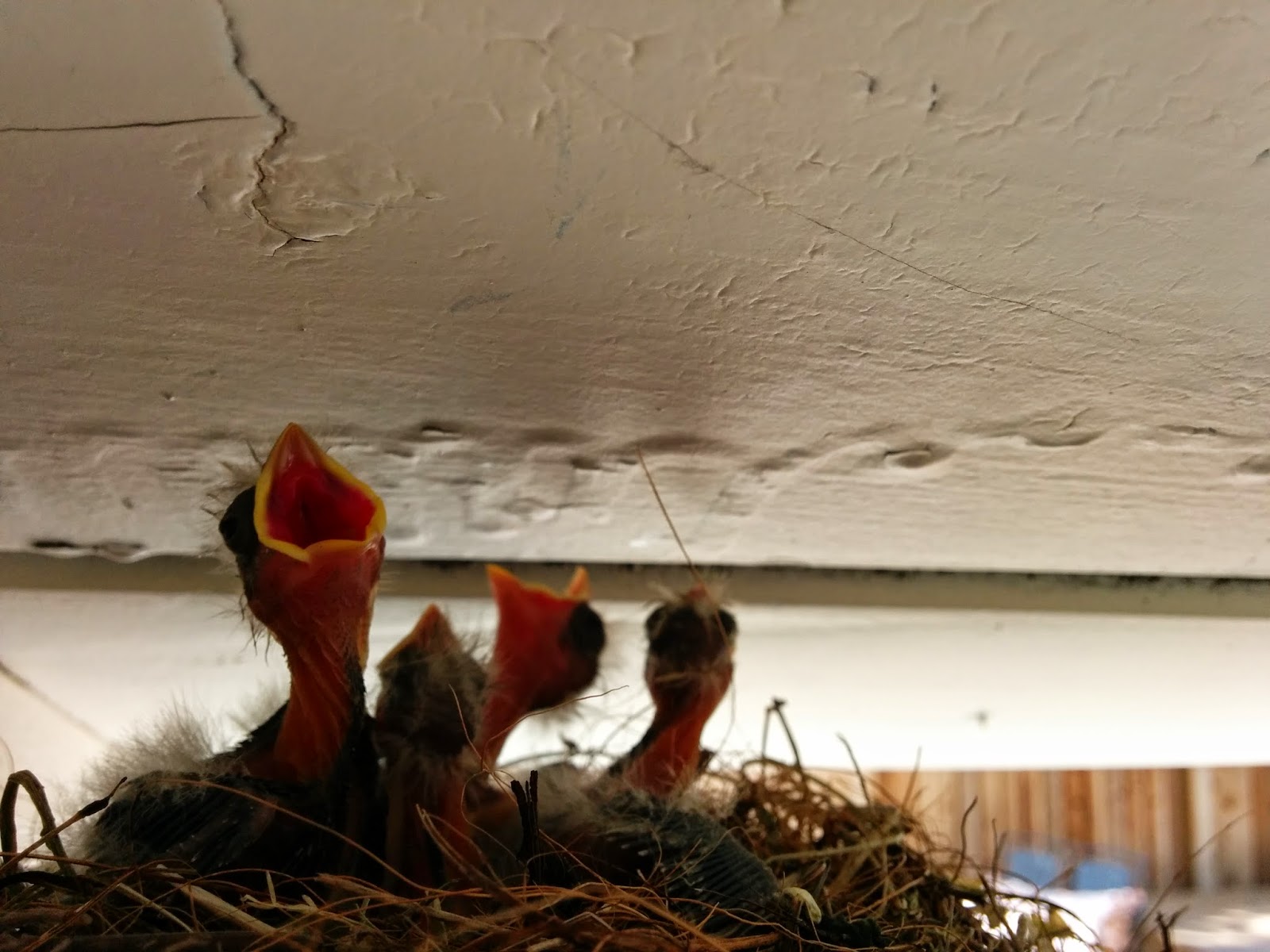 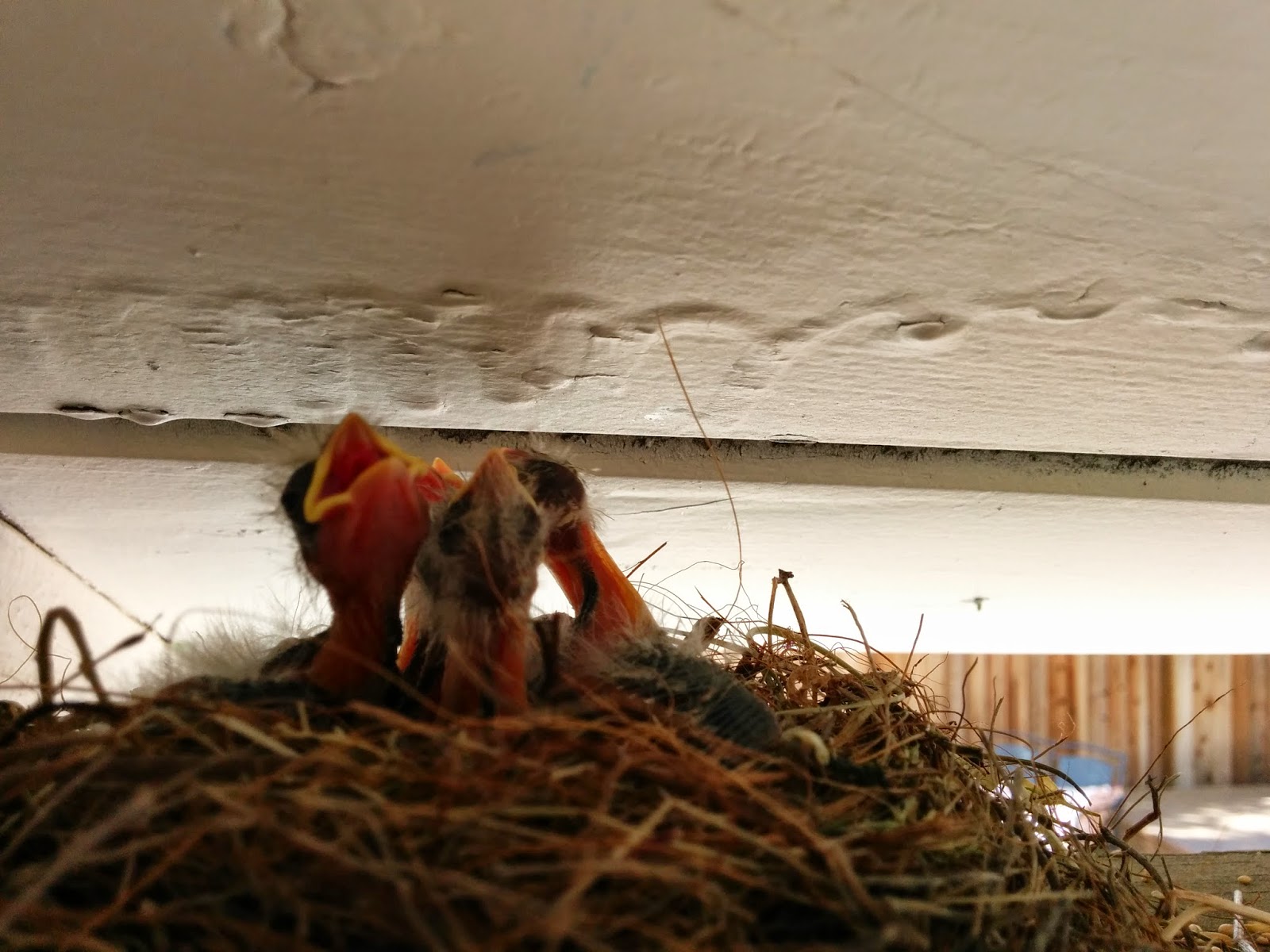 More photos shot on 4-16-2014. By now, they have grown enough, I no longer needed to do a top down view when they have their necks up begging for food. I'd use the mirror to trick them and then stick my phone up for a photo. 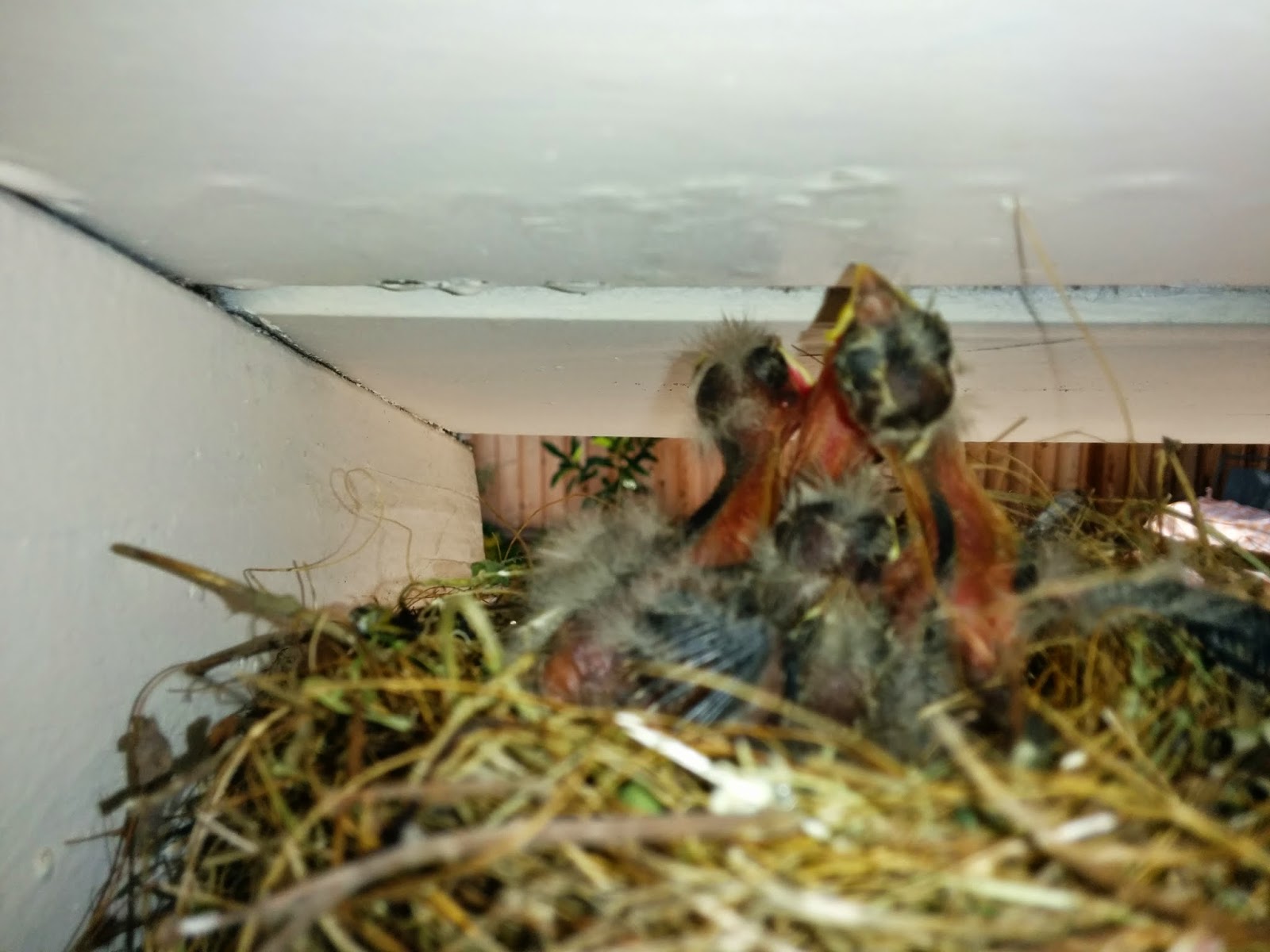 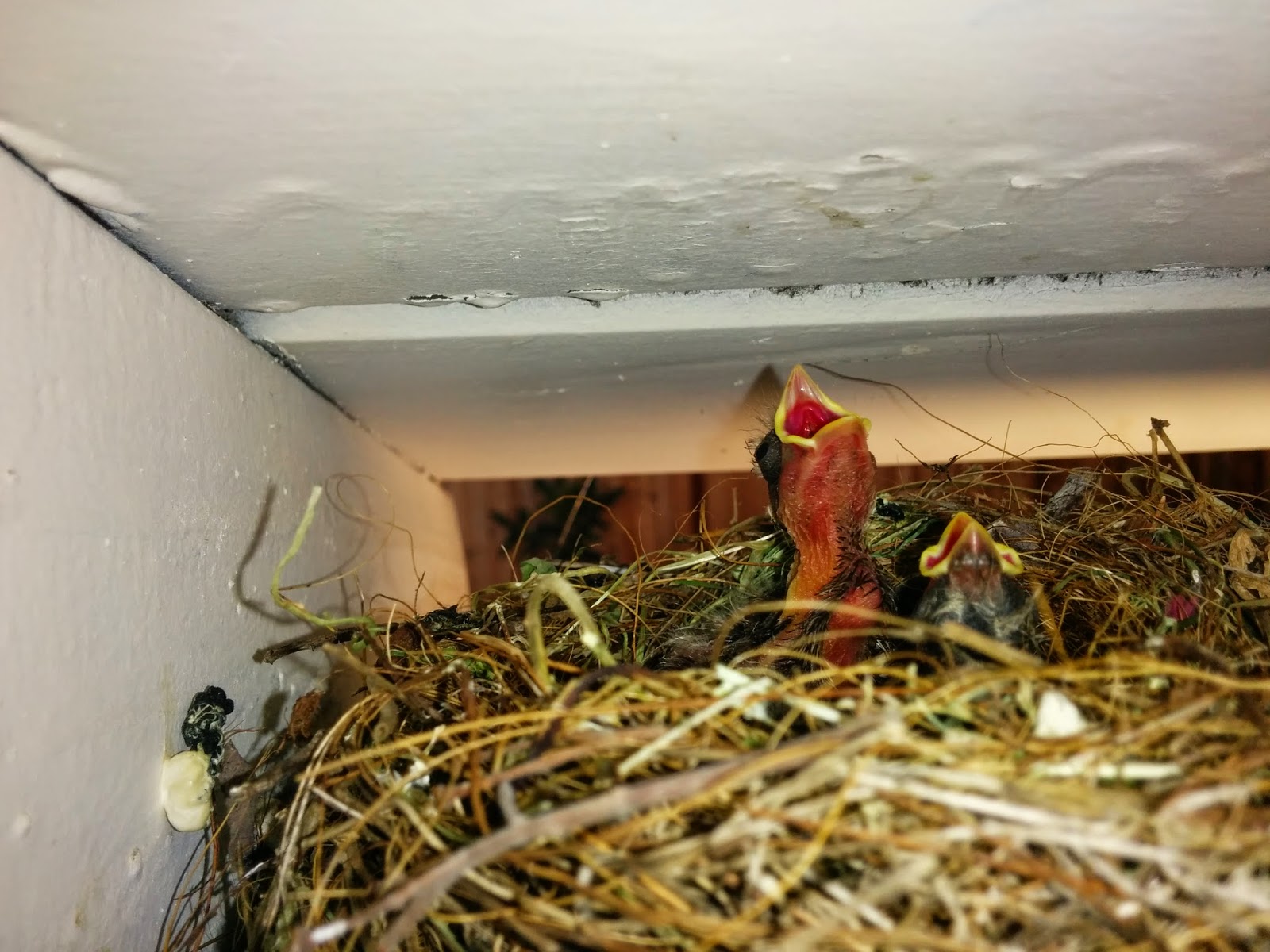 Photo shot on 4-18-2014. This is the last photo of them alive. That weekend I was busy with other stuff and a photo shoot so I ended up not keeping a close eye on them. 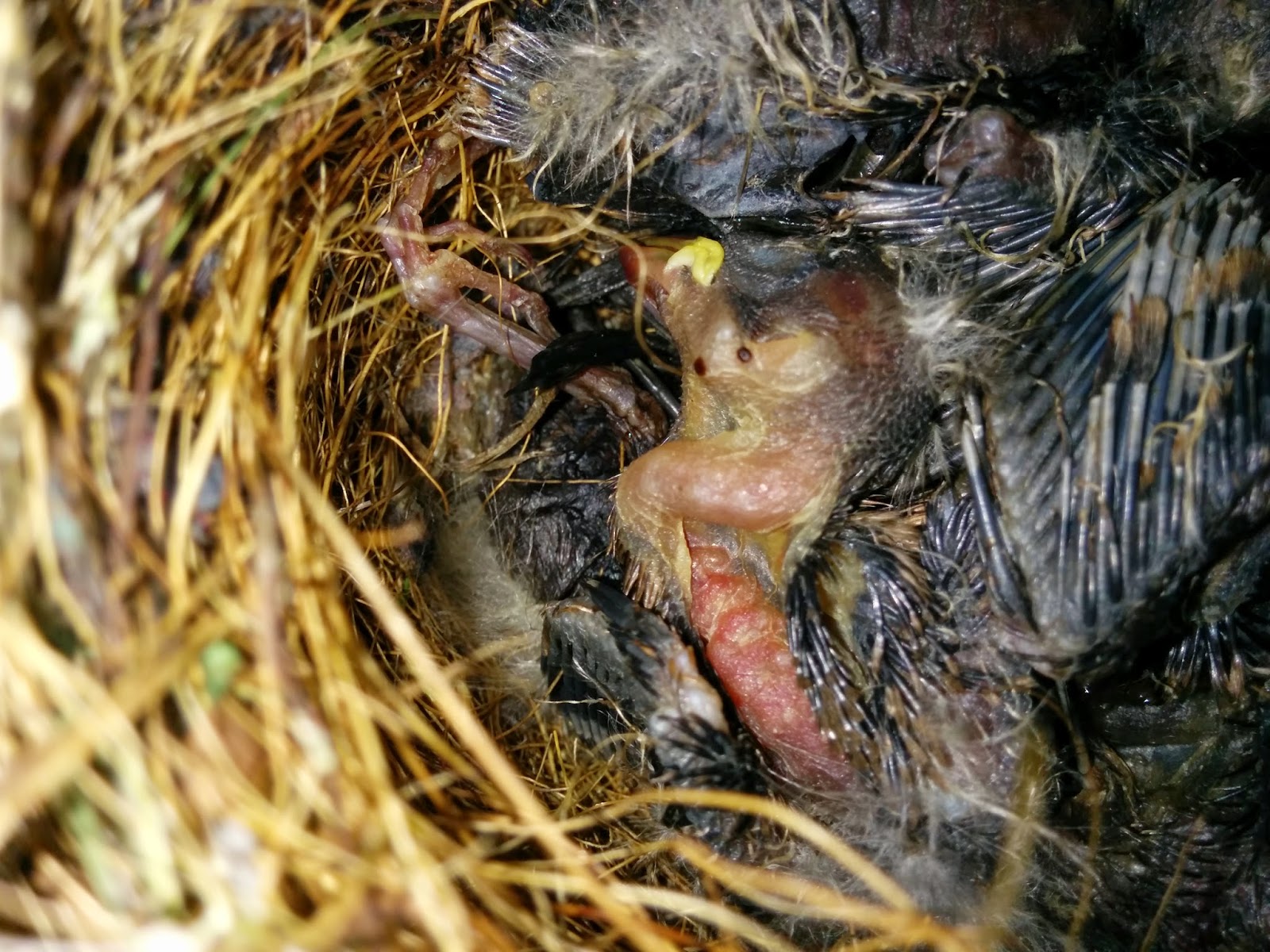 Photo shot on 4-21-2014. I should have suspected something was wrong when none of them reacted to my mirror when I stuck it up there to try to get them to stick their necks up. I thought they were sleeping that day... 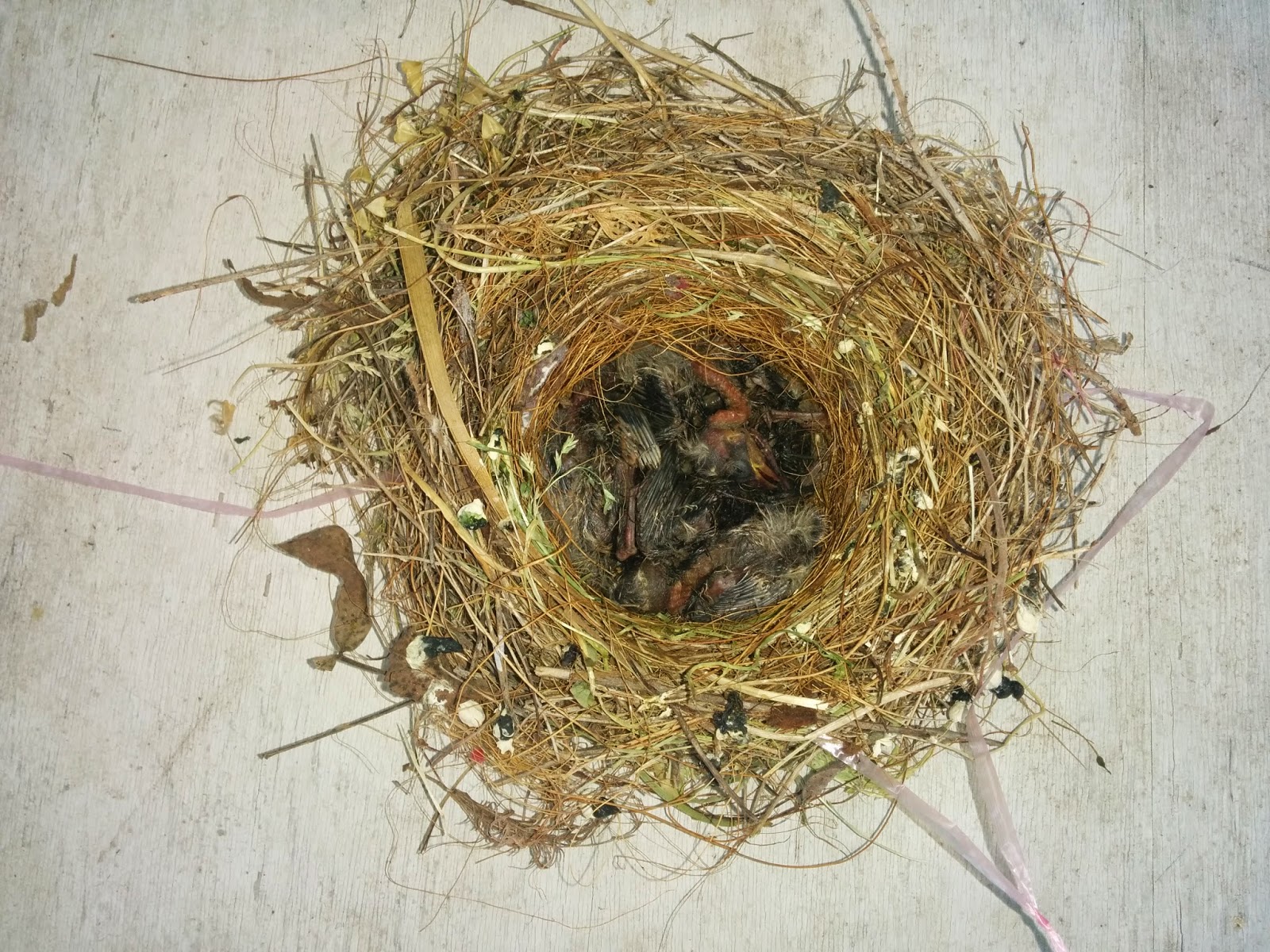 Photo shot on 4-22-2014. This day, I went up for a closer inspection with my mirror. Sure enough, the birds were laying perfectly still in the same positions as the day before. I knew something was wrong. I broke off a tree branch from a bush in my yard and poked them with it. Checked again, no movement. I knew they were dead. Thinking back to the weekend, I didn't see the parent birds come back. Also checking my yard and the surrounding neighbor's bird feeder, the House Finches (Carpodacus mexicanus) community (around 10 to 20 of them) are no where to be found. They aren't hanging out at their normal places either. I concluded a cat or maybe a raccoon (many of them in this neighborhood) must have killed the population in this area. I cut the rope I used to secure the nest in place, took them down for one last photo before I disposed of them. Can't bury them because it will just be dinner for something in this neighborhood... I know if I buried them, they will become something's meal because the corpses have already started stinking. Since this day, I haven't heard a house finch call or seen one in my yard or the surrounding yards... So sad.

I hope I didn't make you too sad with this story... These are all the photos for today. Please don't forget to share the blog post with your friends and family members! Also, if you want to get notifications when I post up more photos, "Like" us on Facebook or follow me on Twitter and Instagram. These links can also be found on the top of the right sidebar.