Last year, I made my first visit to Taiwan. I was very busy after I got back and never got a chance to look through them and pick out the photos I'm going to post. I finally took out enough time to finish, so... Here they are! I did not take many photo there as the tropical weather made me very sick. I will be splitting them into a total of 8 parts. I hope you enjoy them!

Taiwan is an island country east of China. The country is about 13,974 square miles. The currency used in the country is New Taiwan Dollar (NT$). Most people in Taiwan use Traditional Chinese characters. Chinese is the main spoken language in Taiwan, but a lot people in big cities with many tourists do speak English.

Today I have the rest of the photos from Sun Moon Lake (日月潭) and will begin my photos from Shilin Official Residence (士林官邸). 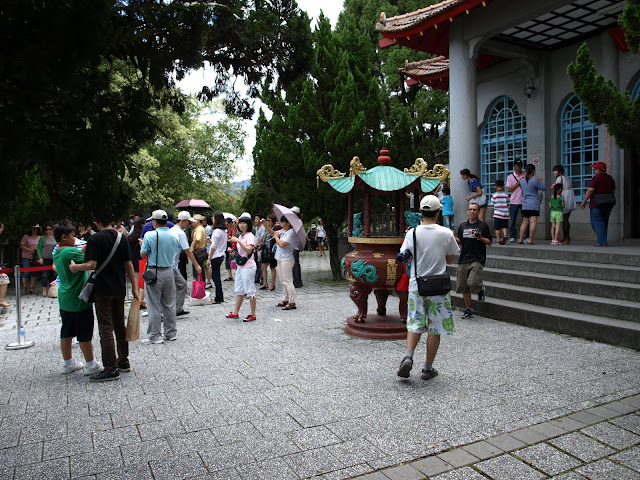 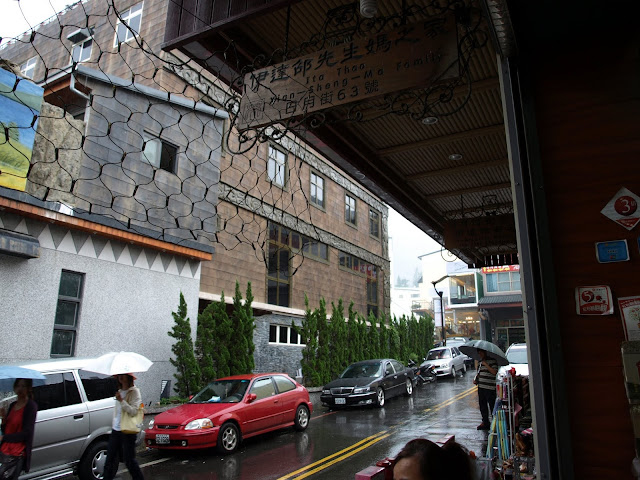 The streets of the village near Sun Moon Lake. A lot of souvenir stores because it is a tourist attraction. 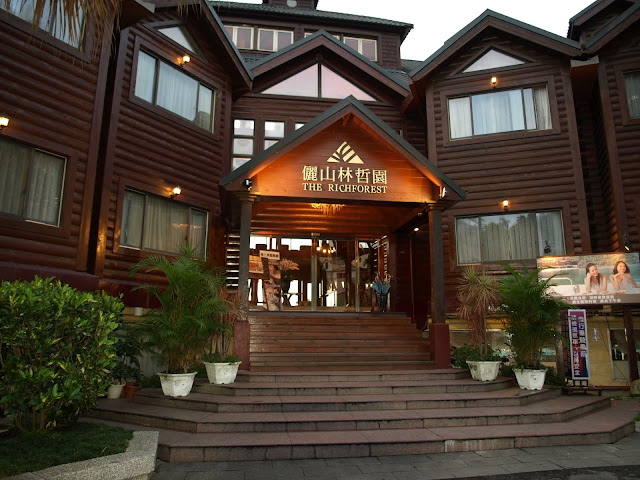 The RichForest is the hotel I stayed in. The hotel is widely know for the Chinese Rosewood. Most of the furniture in the hotel and rooms are made from the Rosewood. 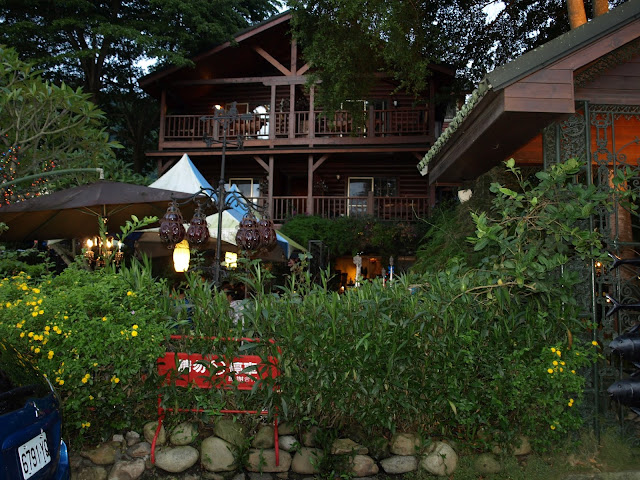 Another photo of the hotel. 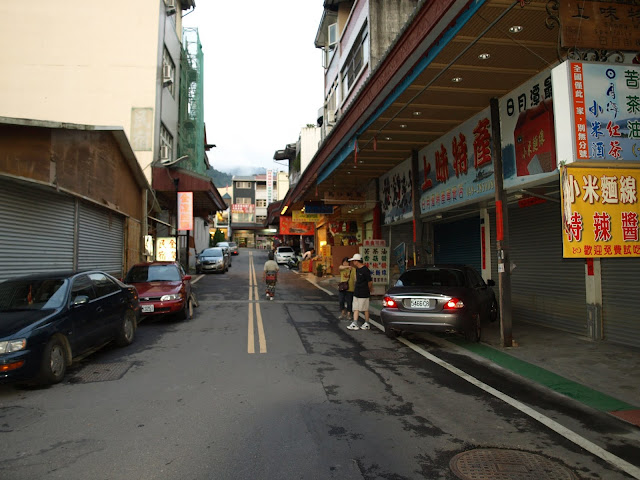 Photos of the souvenir and food stores. 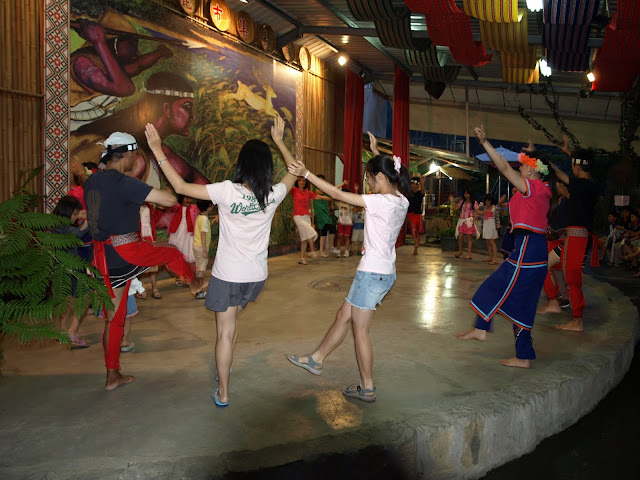 I think it was every weekend, the locals will dance and perform. Even though there is only a few true locals remaining, they try to keep their tribe's heritage going. In the photos above, they've also invited tourists to go dance with them. The people in the costumes are the locals. 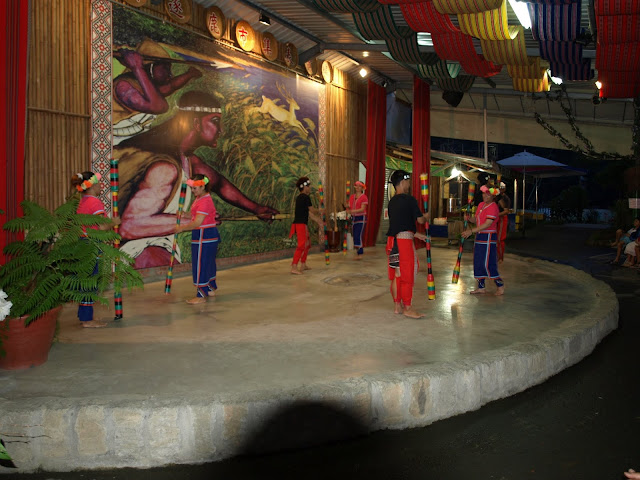 Another photo of the locals performing. 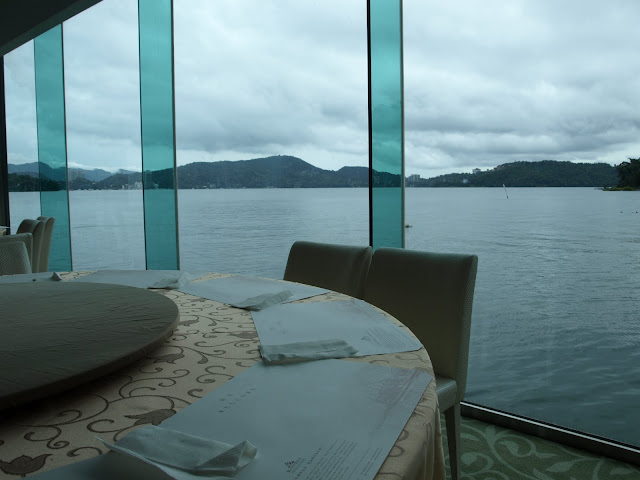 The hotel provided free breakfast. The restaurant was right on the lake! 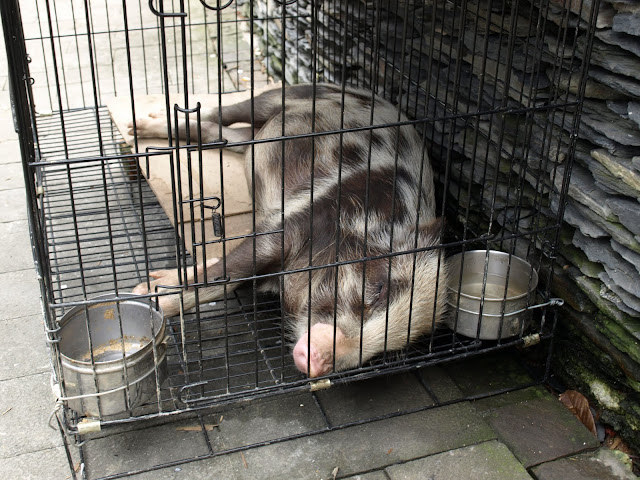 Pet pig! Not sure if they are going to kill it for food later on... I thought it was cute, so I took a photo. 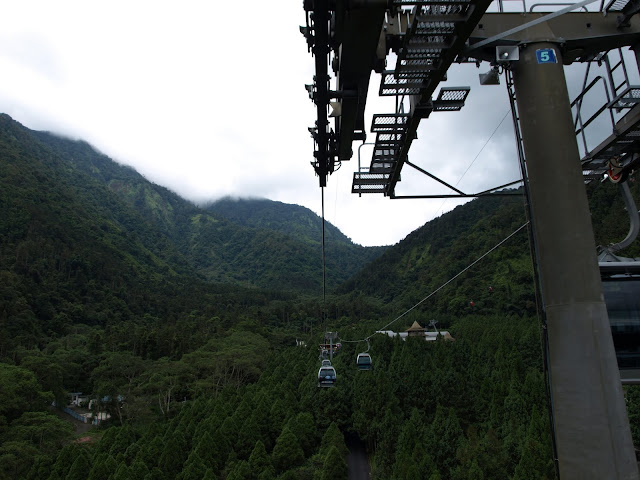 There was a gondola ride near Sun Moon Lake too. It led to an amusement park and a few other attractions. The ride is free. Maple Story claw machine. :D LOL I thought it was cute. I got an Orange Mushroom and a Blue Snail. 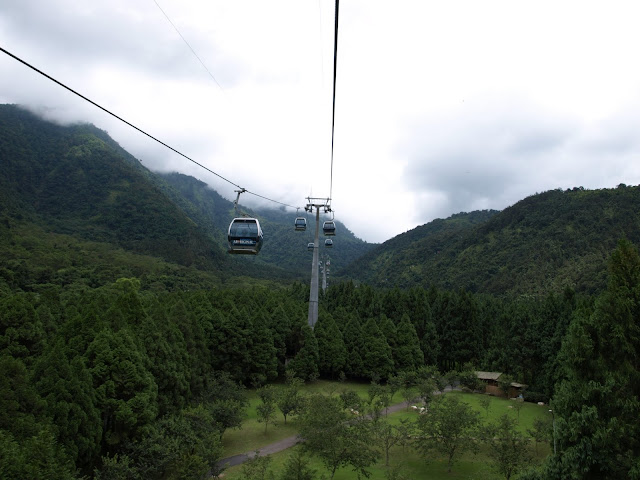 Another shot of the gondola ride. 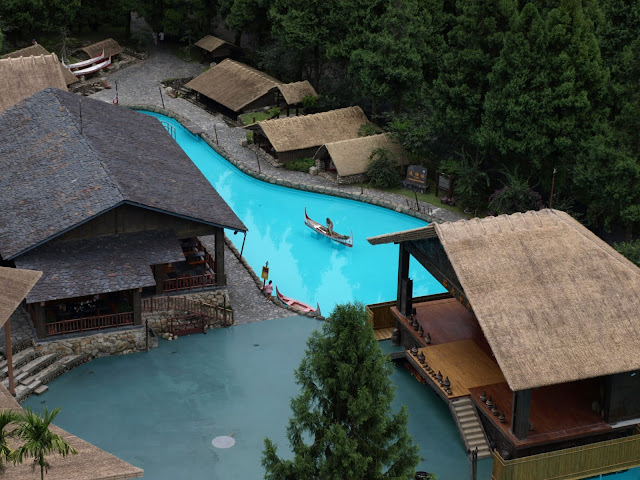 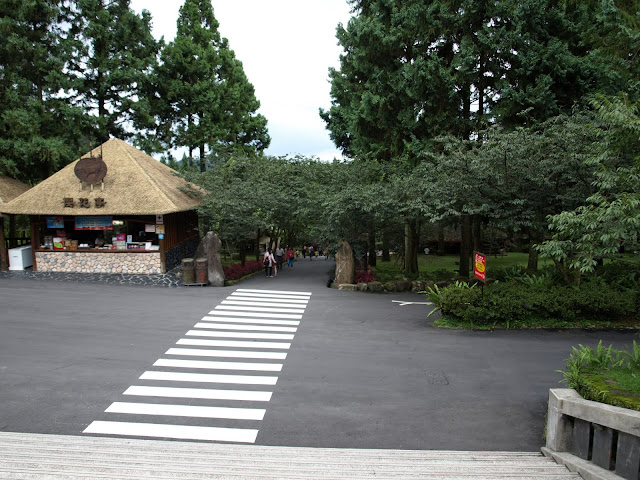 Not everyone needed to take the gondola. They also had a hiking trail. Here is a photo of the flash rain (I think. the rain didn't really show up on photo.)... I hid out in of the snack stores. 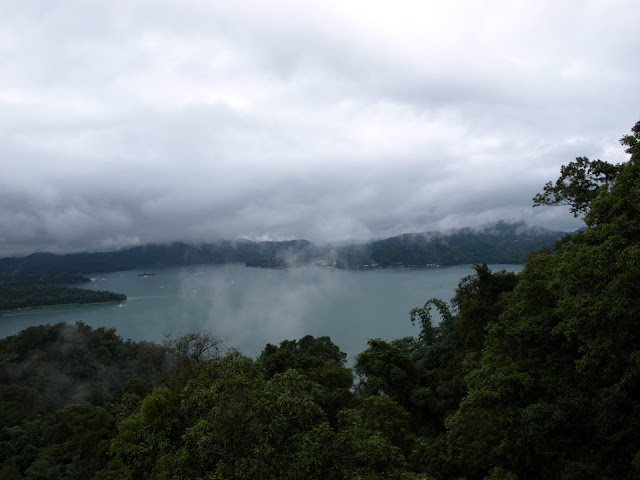 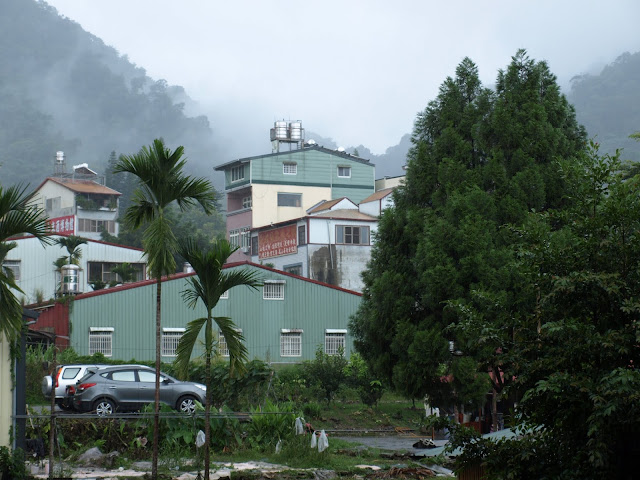 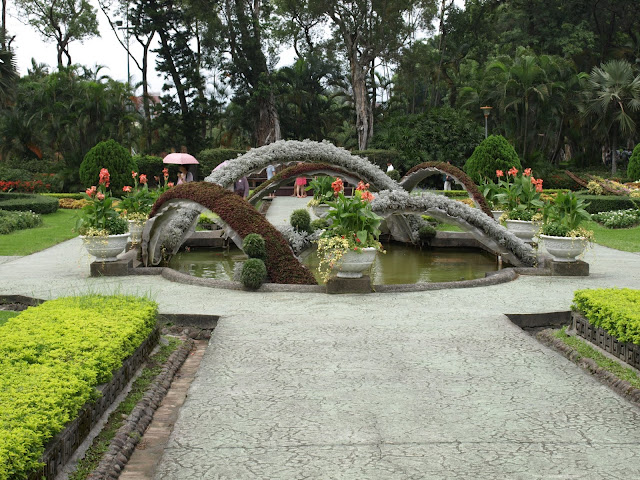 Now I leave Sun Moon Lake and go back to Taipei. this begins my photos at the Shilin Official Residence (士林官邸). 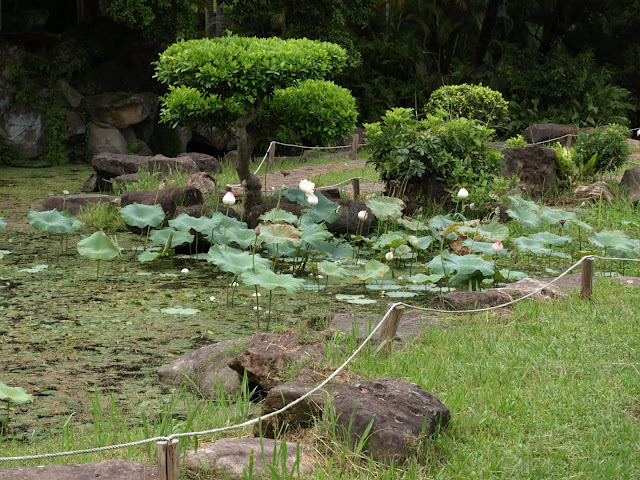 A lot of lily pads in the residence. 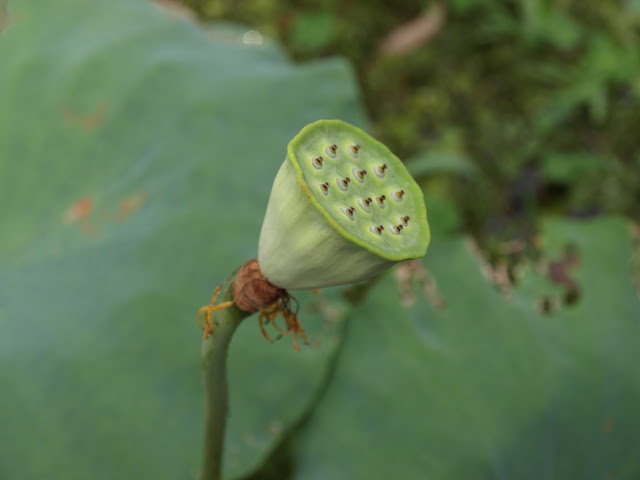 A close up of the lily pad plant. The seeds are edible. 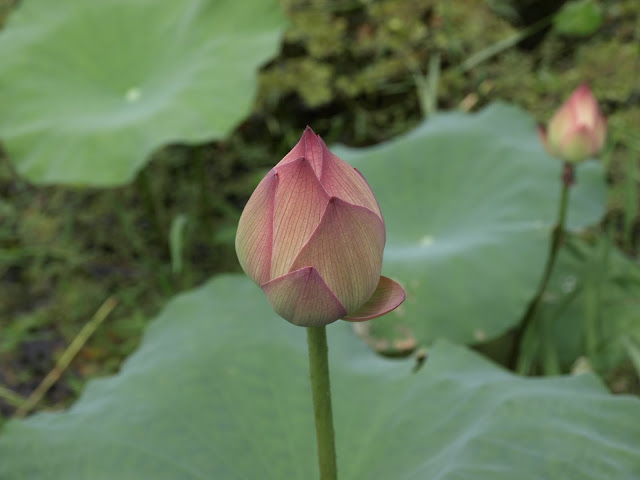 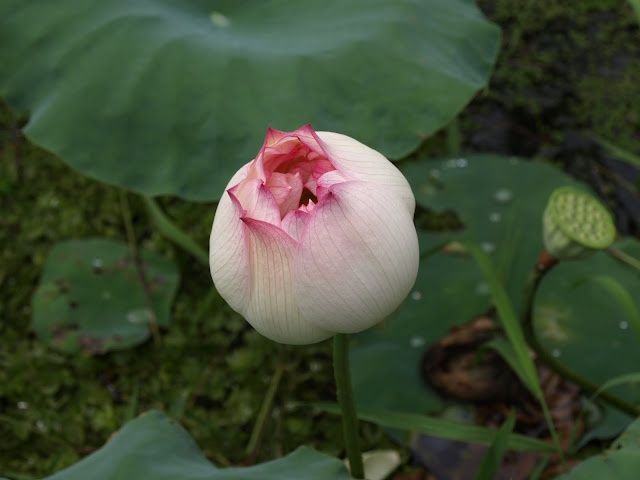 Photo of the lily pad flower.