Hi guys, today I am writing up a general tutorial on how Depth-Of-Field (DOF for short) works in photography. It is actually pretty easy to learn. DOF is pretty much how much of an image that can be in focus at certain settings. There is actually quite a lot of physics and how light travels, but I will just be giving a pretty general overview in this tutorial to help you take better photos.

For depth of field, here are the 2 rules you need to remember:

The distance is quite self explanatory, but aperture might be a bit confusing for beginners, so I will go into more detail here. The scale for aperture might be a bit confusing for beginners as the scale is kind of "opposite". The aperture is measured in f-stops (generally denoted as "f/XX" where "XX" is the aperture). The SMALLER the number, the BIGGER the aperture opening (example: f/2.8), more light and faster shutter speed. The BIGGER the number, the SMALLER the aperture opening (example: f/22), less light and slower shutter speed. If you are on a tripod and want everything in focus, you can use a smaller aperture, however when handheld, you want to balance these to not get motion blur, but still get a usable image. The widest aperture for the lens is generally denoted in the name of the lens (you can't go wider than that). Some zoom lenses have a variable aperture where the widest aperture will change as you zoom in and out. You usually find two aperture numbers in the names of those lenses.

For landscape shots, you don't want to go all out f/22. When the aperture opening gets that small, a different type of distortion occurs and you will get a blurry image that looks out of focus. I generally use an f/14 and f/16 for my landscape shots, but the "good aperture" varies lens to lens and is something you want to experiment with and balance out with DOF. When handheld, I use a middle of the road aperture for landscape shots somewhere from f/8 to f/11.

If you want to experiment with the aperture controls to further control DOF, you can do so in the following modes of your camera: A or Av (Aperture Priority), M (Manual), or B (Bulb) modes.

Below are some sample photos to show you the DOF from controlling the aperture. These photos are shot at Sundial Bridge in Redding, CA on my road trip from the SF Bay Area to Vancouver, BC, Canada. You can view the photos from my trip here. The photos are of the giant steel cables keeping the bridge up. I thought they would make a great DOF subject to do a tutorial on. 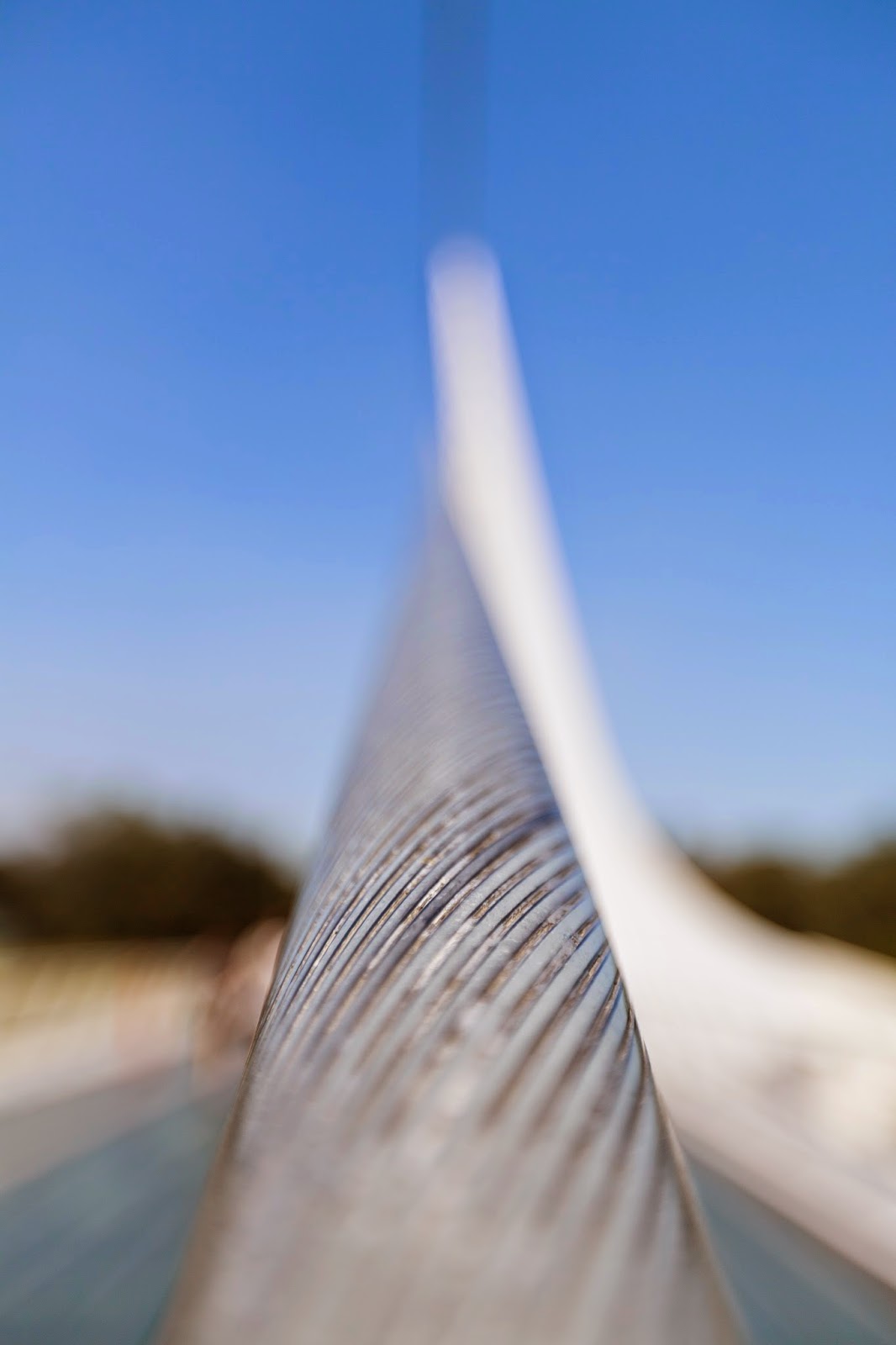 This first photo is shot at f/2.8, a very wide aperture with less of the cable in focus. 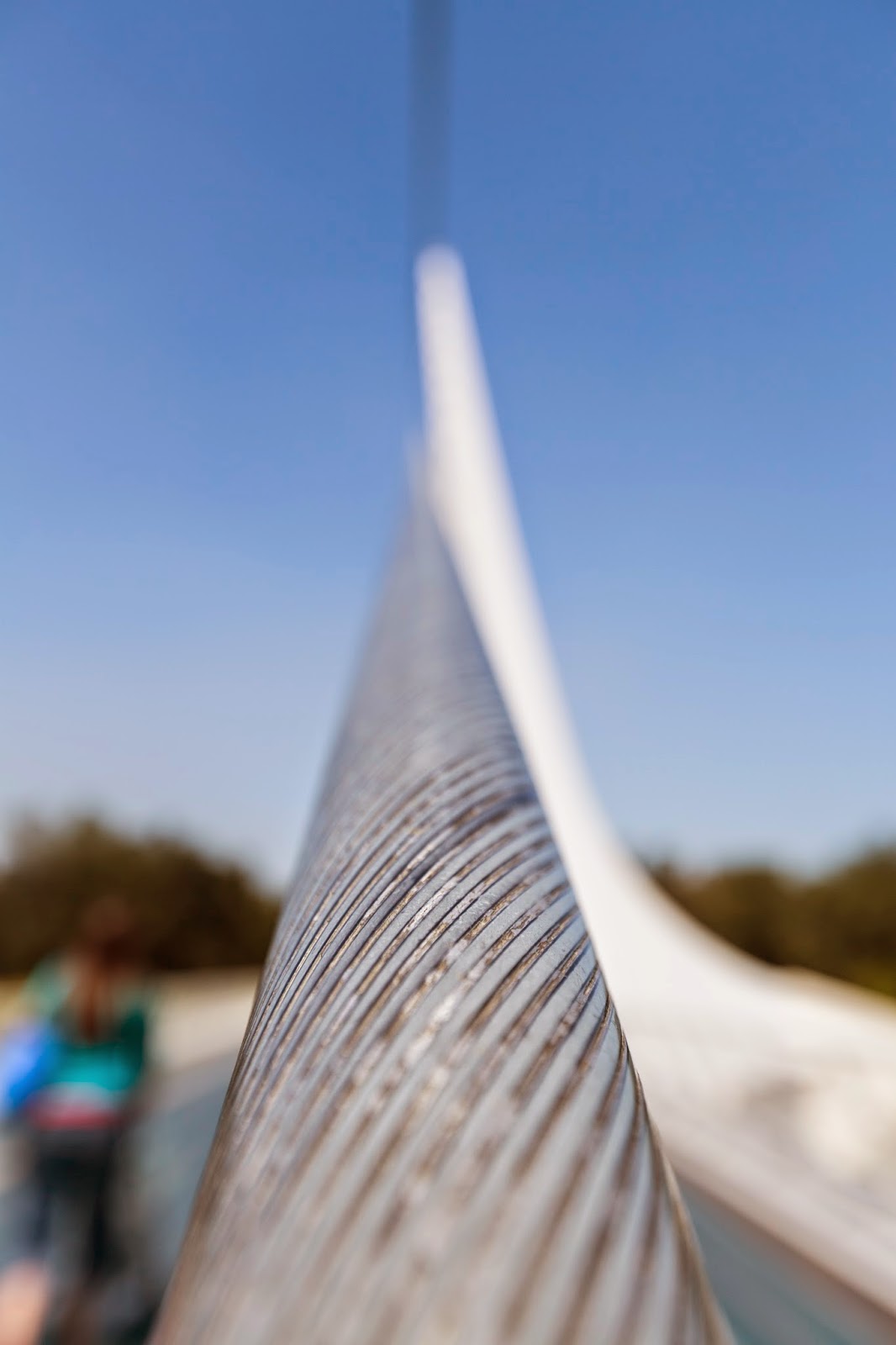 Here is a photo at f/5. As you can see more of the cable is in focus now. 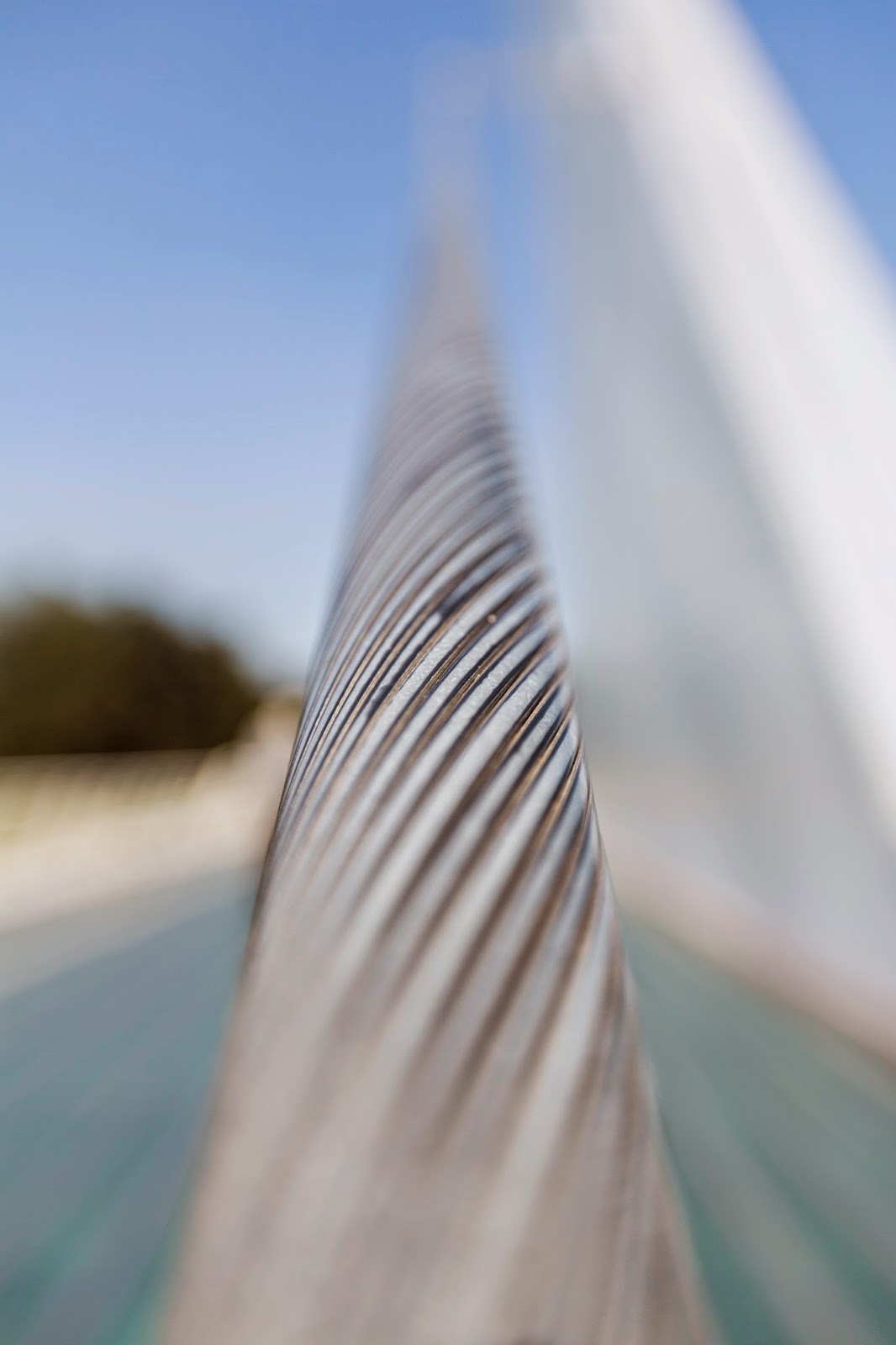 Here is a photo at f/2.8. See how very little of the cable is in focus. 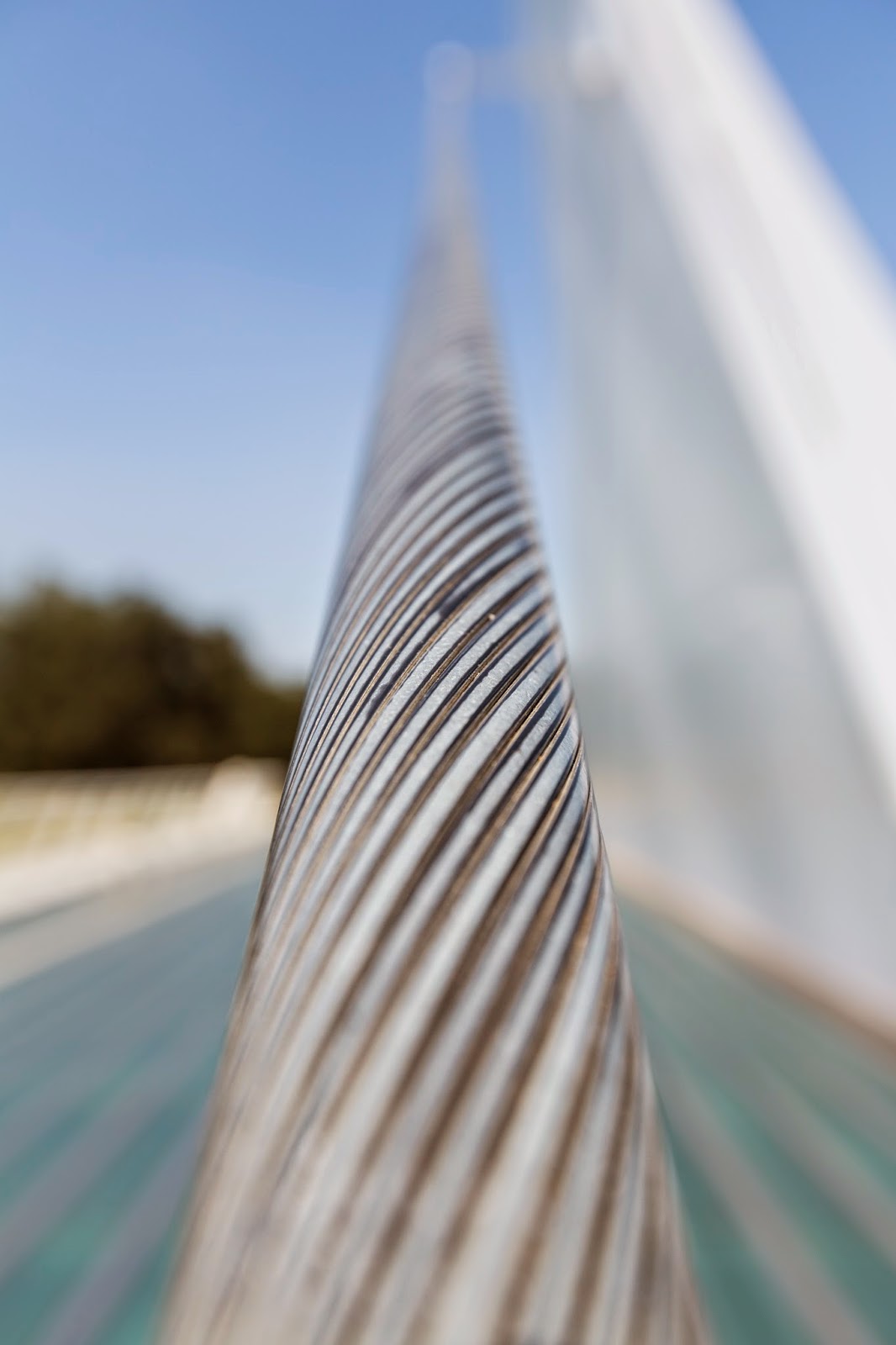 Here is another photo at f/5. As you can see more of the cable is in focus.

This is it for the tutorial! I hope it has helped you out a bit with your photography. :) Please don't forget to share the blog post with your friends and family members! Also, if you want to get notifications when I post up more photos, "Like" us on Facebook or follow me on Twitter and Instagram. These links can also be found on the top of the right sidebar.
Posted by Sunny Wu at 8:50:00 AM