Today I have something special. Here are the photos from my first ever portrait shoot. These photos were also shot on 5/31/2014 in Fremont Central Park in Fremont, CA. I met up with a friend that day and got her to model for a few shots and she agreed to have me share it out. This was the first ever portrait shoot I tried with a reflector. I did blind her on a few shots with the silver side of the reflector because this was the first time I tried using one and had no clue what I was doing. The only other practice I had before with people was in street photography, which is very different than using a reflector and shooting photos of a model. Even though I had watched many tutorials and lectures on Youtube on how to do portrait photos, the hands on experience is quite different than just watching other people do it. If you want to see a higher resolution of any of the photos you see here, you can do so with this link. In this blog post I will also point out some beginner mistakes and things that beginner portrait photographers should be watching for.
Notes on these photos: The photos in this blog post are not available for commercial use and/or personal use. The photos in this blog post are not for sale. You may not redistribute and/or make copies of the photos in this blog post in anyway. The shade is always a good spot to shoot portraiture as the light is very soft in the shade however always pay attention to the background and try not to blow it out. I had a few people tell me the background looks a bit blown out. No reflectors or flash was used in this portrait. Usually, when you compose, you want the background to also be in the shade or try to balance out the light with an external flash or by bouncing some light in using a reflector. This was my first portrait shoot so I was still experimenting and didn't pay too much on the background. For the background in this photo, that was as much as Camera RAW will go at recovering the highlights. Always shoot your photos in RAW! There is a lot more room to work with the shot after than JPEG. 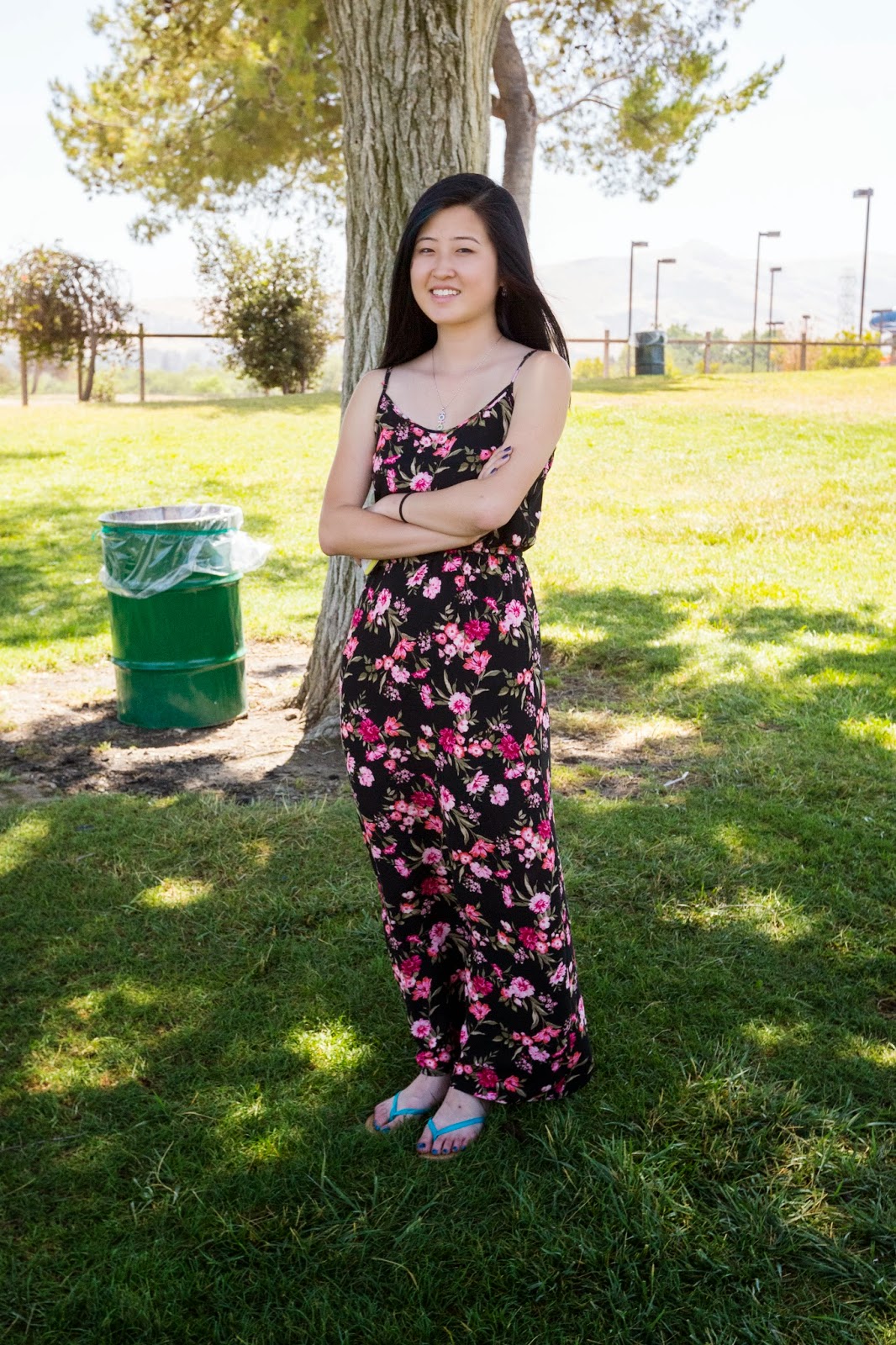 Also when composing your shot, pay attention to what is in the background! I did not see that trash can until I was back on the computer. The first photo is a the edited one with the trash can patched out. Pay attention to your background or prepare to spend a lot of time in
Photoshop patching things out with the Healing Brush. The mistake I made at the beginning was just checking to see if the exposure was good, making sure everything is in focus, and checking to see if there is any motion blur as I was on a non-image stabilized lens. 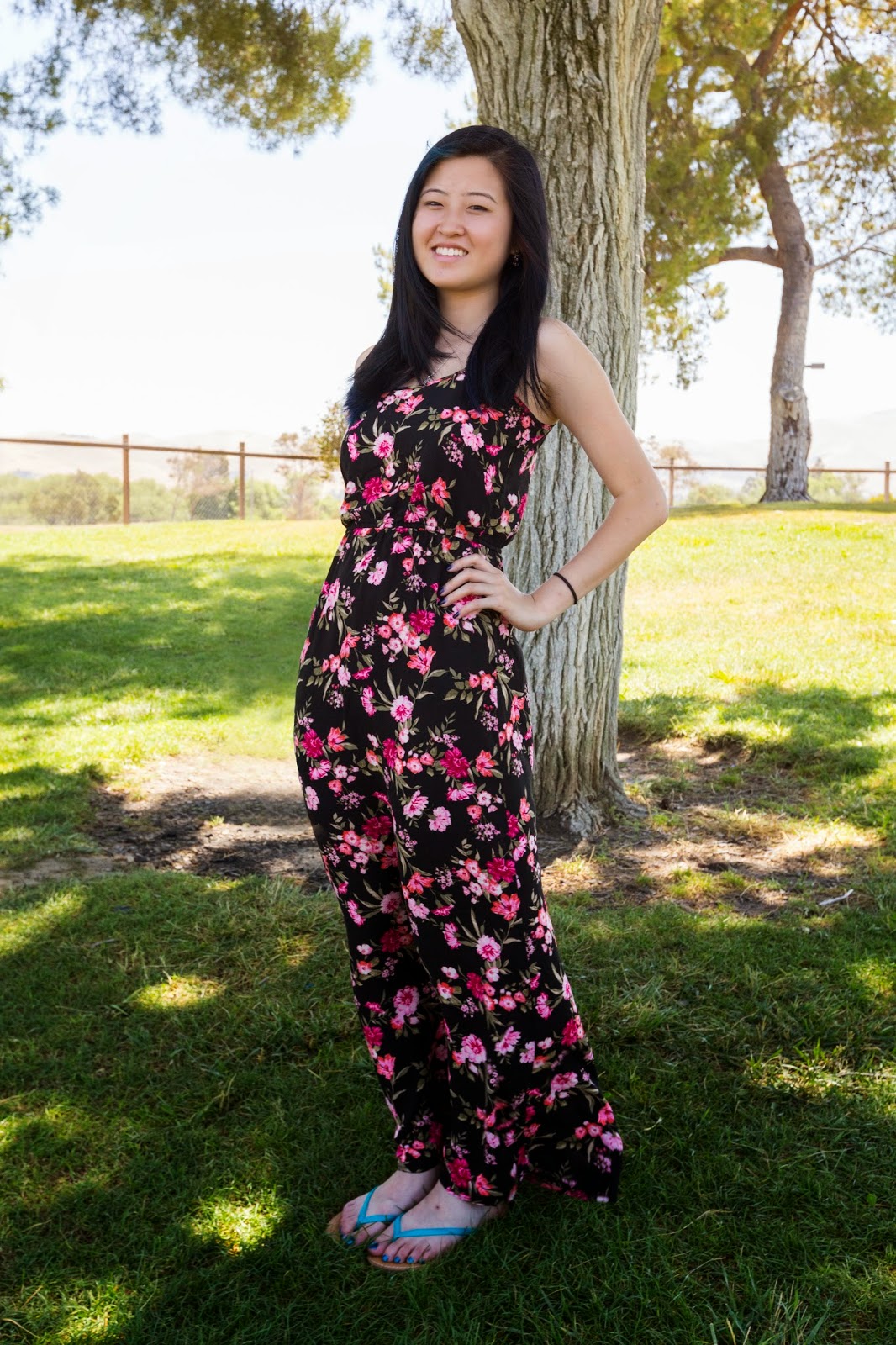 Here is another portrait photo with a slightly different pose at almost the same spot as above. 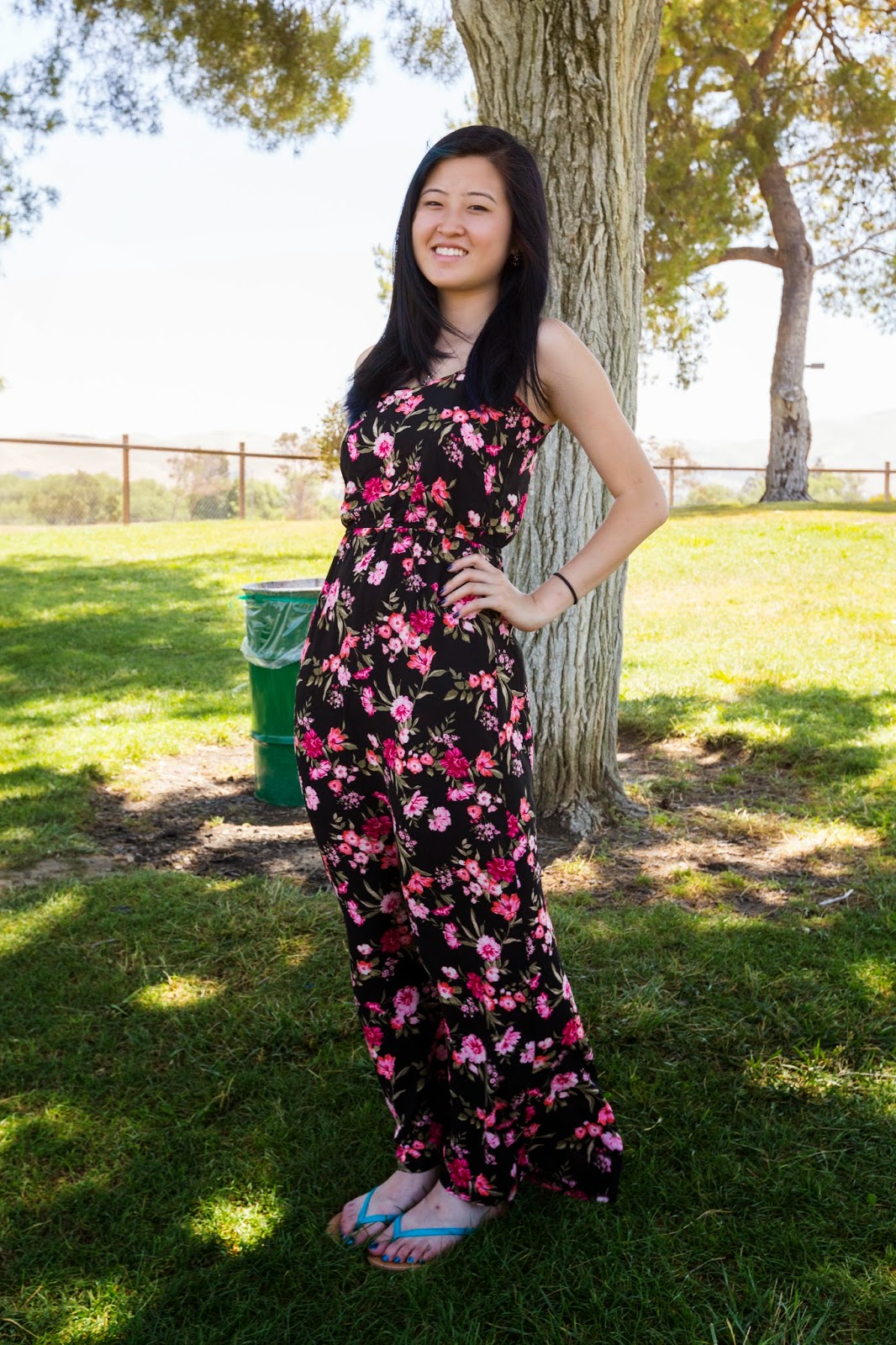 The trash can was also in this photo sadly. Another method is if there is an unavoidable obstacle in the composition, position the person to block out the object in your photo, however this can be tricky at times. 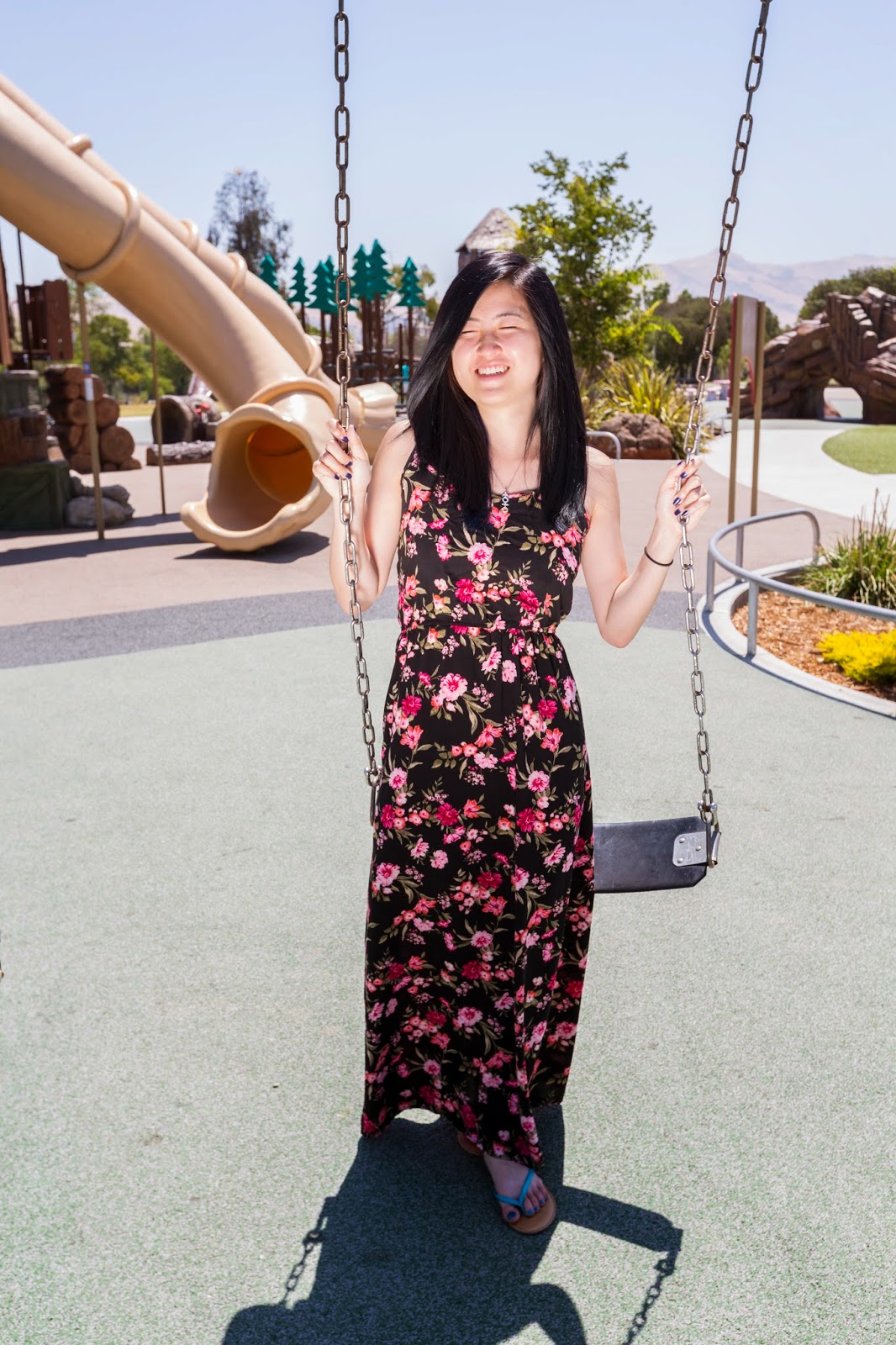 My friend suggested that we do some on the swings so that is the next spot. Since this was under the sun, I decided to experiment with my reflector a bit. I blinded her a bit with the silver side. I tried a few photos with the silver side however they did not work out so well. The silver side is way too intense. I think the silver is used for further away light bouncing. I'm not too sure how to use it. Either way, whenever you plan to bounce some light in, have the person you are shooting face away from the sun. 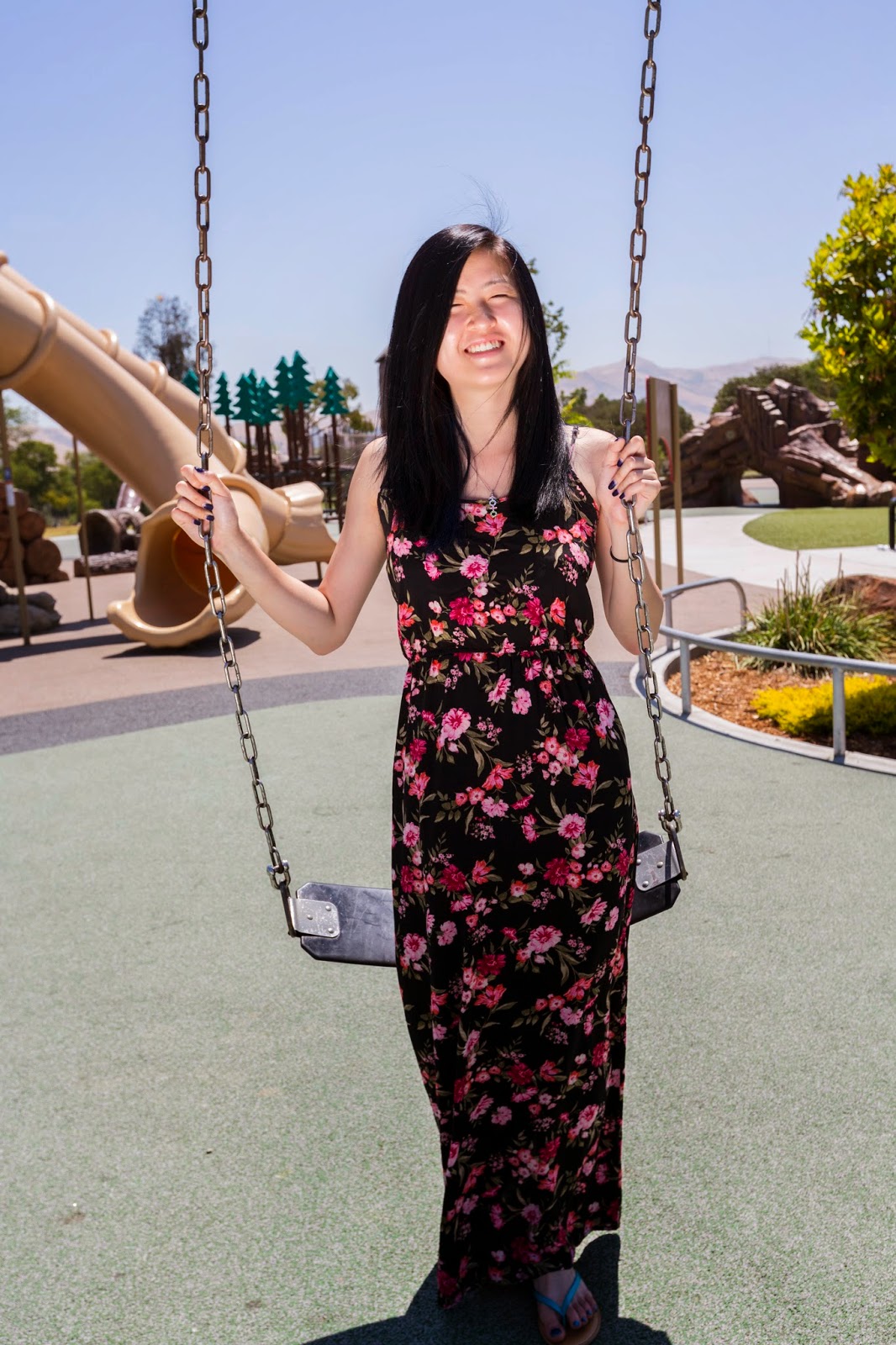 Here is another photo shot with the silver side of the reflector. 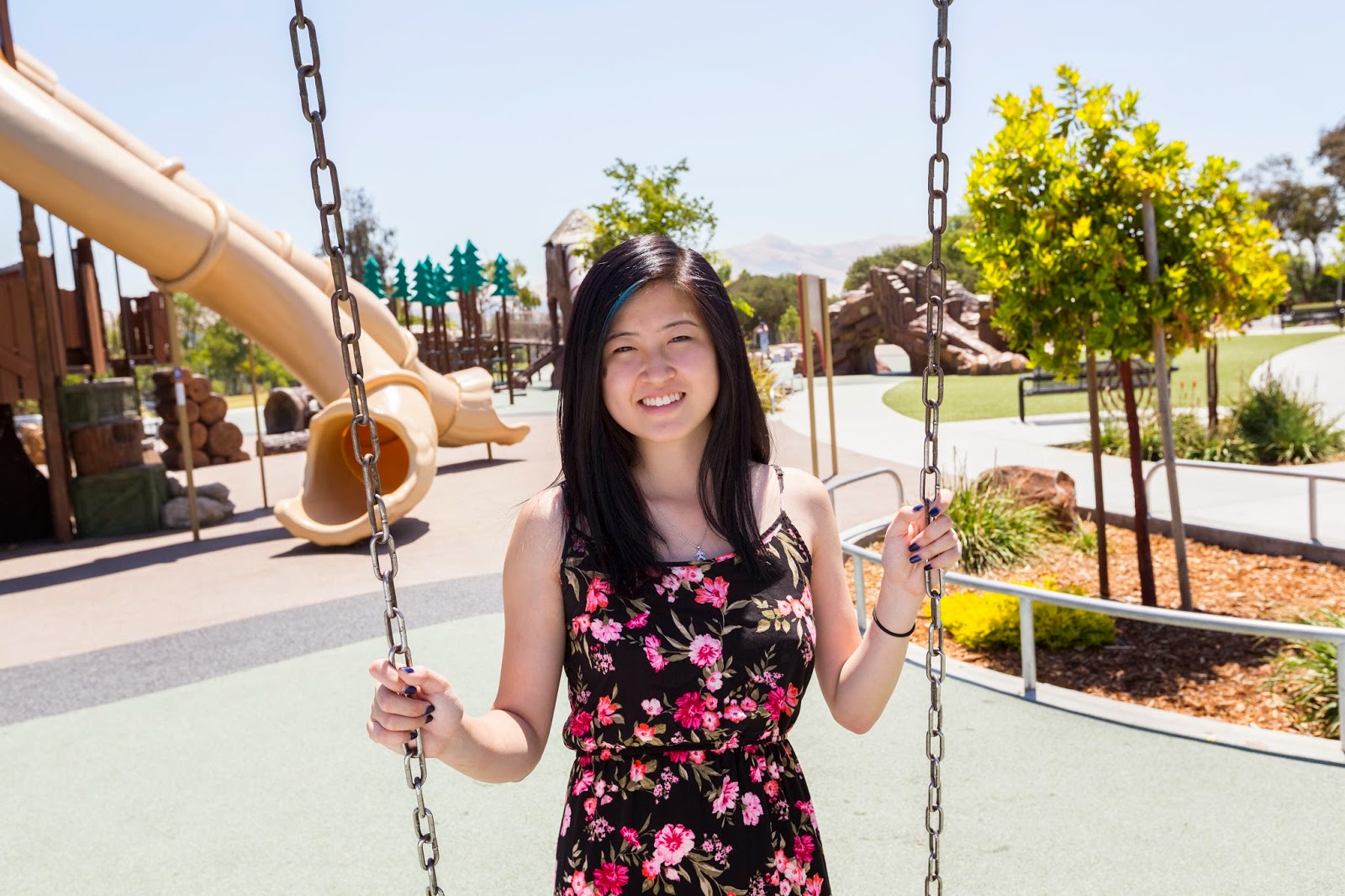 After all that squinting, I decided to give the white side of the reflector a go. With the white side of the reflector, the light bounced is a lot softer however you do need to get pretty up close to the model in order to see it have an effect. However after switching over to white, the photos turned out a lot better. The background is still a bit blown out on this photo. A lot more learning to do. :) 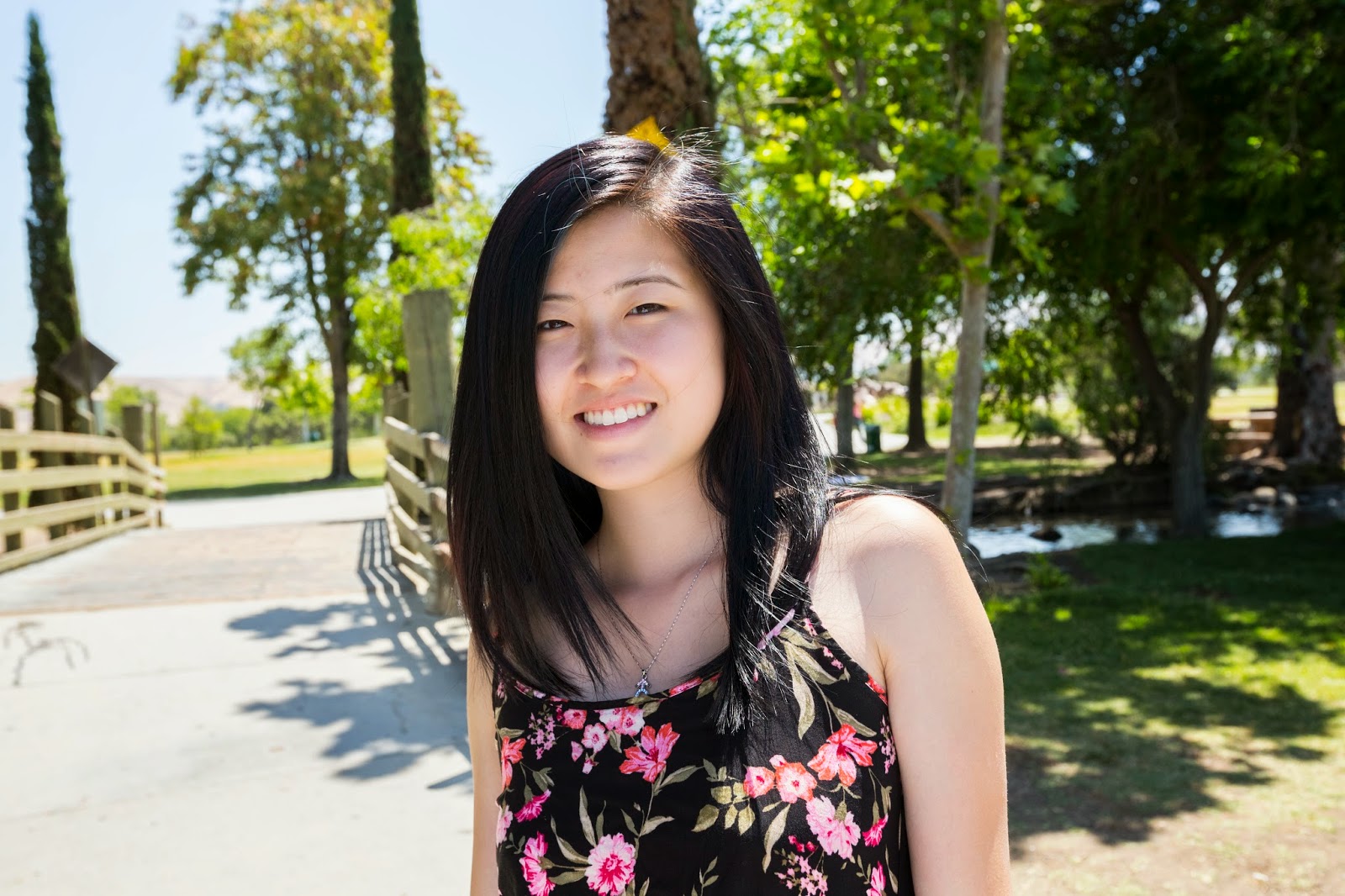 One last portrait of my friend with the white side of the reflector.