As you know, I recently got a DJI Phantom 3 Professional Quadcopter. Anyways, I have been planning a scenery short film of Treasure Island, CA. Yesterday, I dropped by Treasure Island to scout out potential take off and landing sites and I took some cellphone shots during my scouting trip. Here are the photos. I was planning on writing this blog post yesterday, but I didn't end up having time. 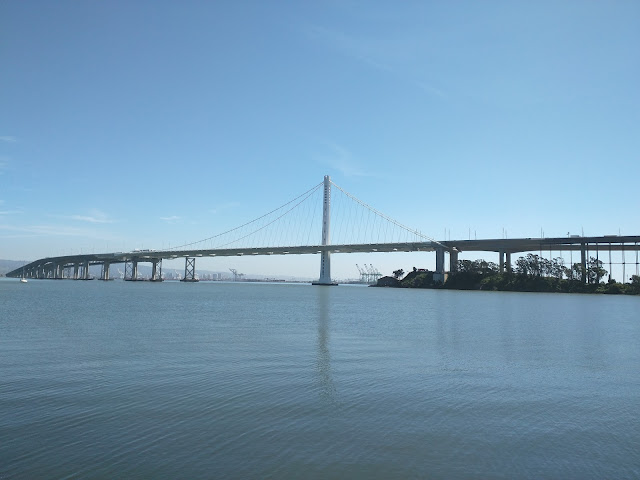 The Bay Bridge as seen from Treasure Island. 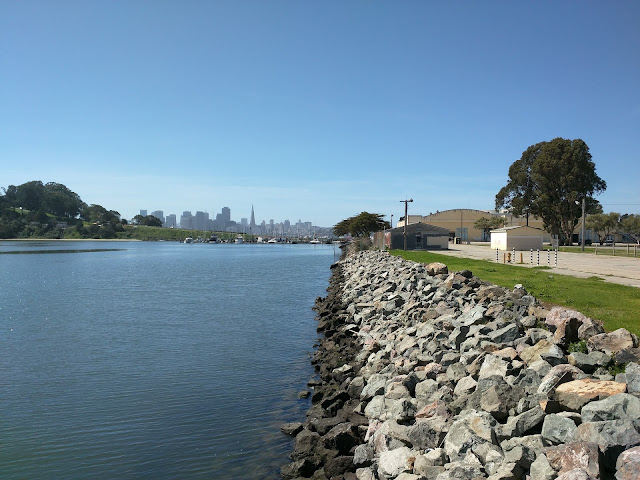 A photo shot towards San Francisco from Clipper Cove.

Here is a photo of Cosson Hall which is the abandoned Navy dormitories when the Navy still occupied Treasure Island. These buildings will be one of my subjects for my flight. If you take a look at the buildings on Google Maps, you will see that the buildings have really cool architecture. If you are looking to shoot photos of this spot, you should do so soon as they are starting the tear down process to use the land for something else. 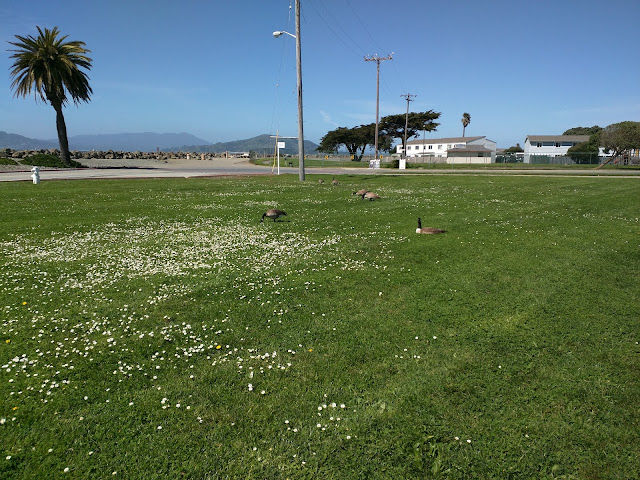 A photo of Canada Geese (Branta canadensis) shot at the Green Lawn near Cosson Hall. 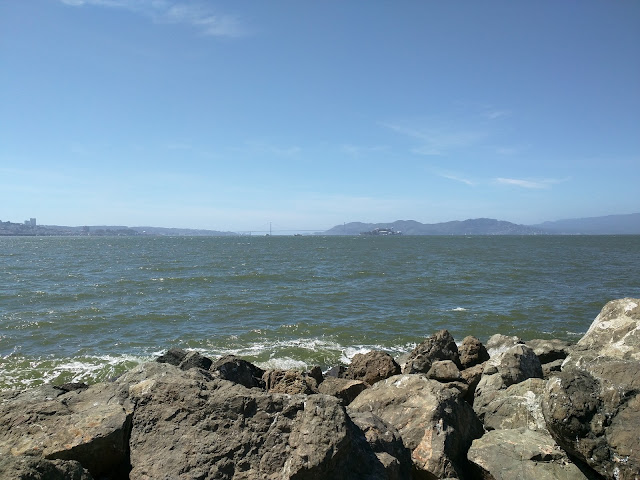 A landscape shot from Perimeter Road of the Golden Gate Bridge and Alcatraz Island. 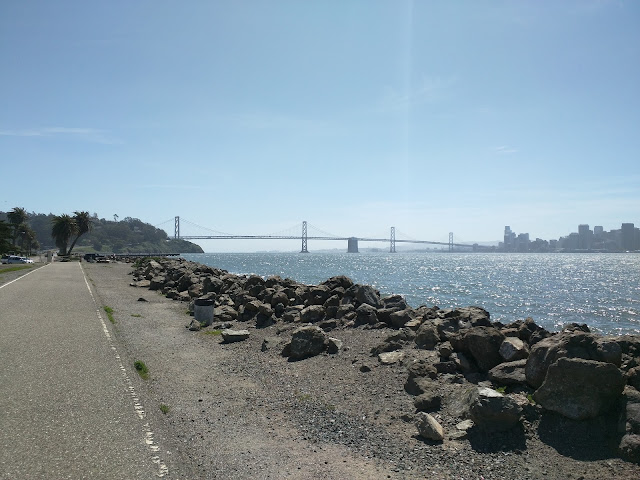 A photo of the Bay Bridge as seen from Perimeter Road. 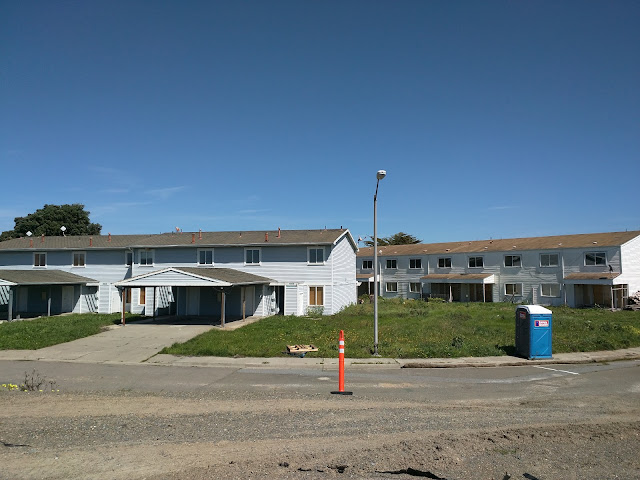 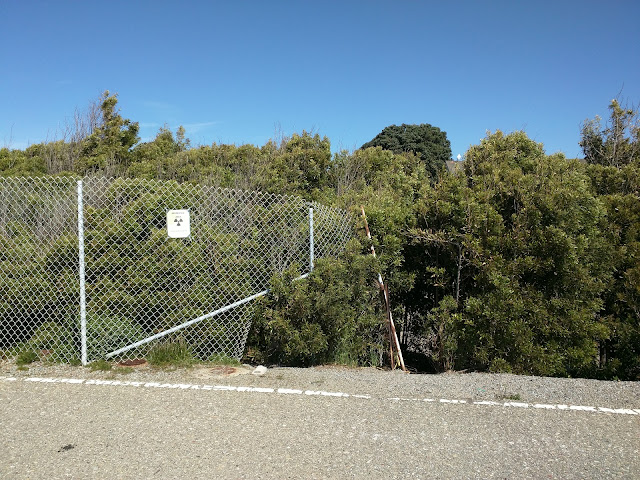 The road you see in this photo is fenced off. I shot this photo above one of the fences. The photo is of another fence that has a bunch of radiation warning signs on it. 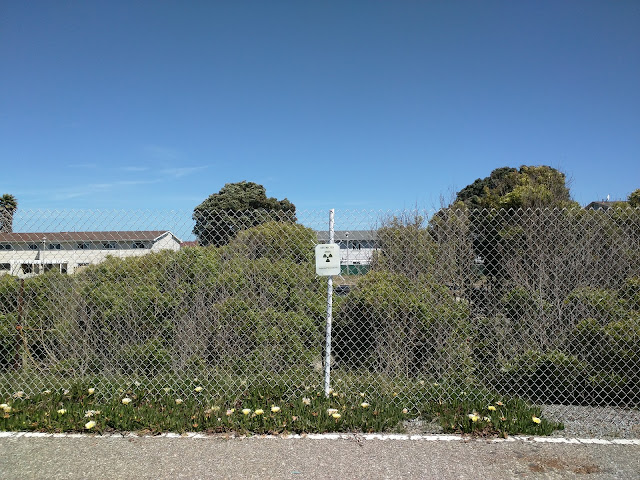 Another radiation warning sign on another section of the fence fencing off the affected areas.

A panorama I shot with my phone of the view from the end of Treasure Island. Behind me (on both sides of this photo) is one of the fences fencing off the radioactive areas. There was a narrow walking trail outside of the fence. From the panorama you can see San Francisco, Golden Gate Bridge, and Alcatraz Island. My phone did not do a very good job stitching the panorama and you can probably spot the errors at higher resolution. You can find the higher resolution photo here. 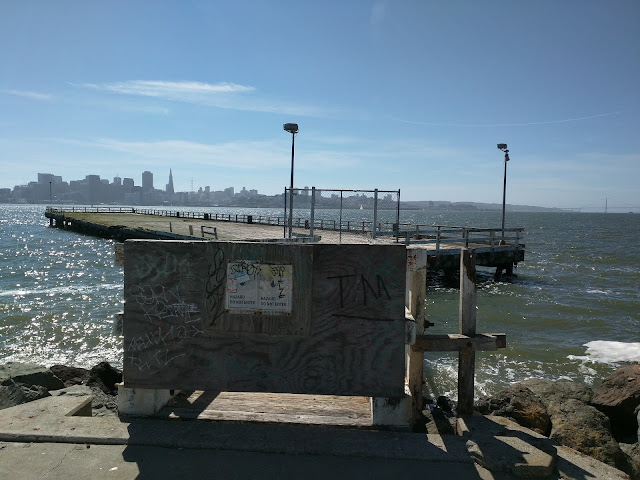 This is a rotting pier at Treasure Island. As you can see the pier is fenced off with hazard warnings. In the background you can see San Francisco and the Golden Gate Bridge.

This is all the photos for today! I hope you have enjoyed the photos! Please don't forget to share the blog post with your friends and family members! Also, if you want to get notifications when I post up more photos, "Like" us on Facebook or follow me on Twitter and Instagram. These links can also be found on the top of the right sidebar.
Posted by Sunny Wu at 8:18:00 PM