Yesterday, on 7 August 2022, my parents and I took a trip to Point Reyes National Seashore in Marin County, CA. I took photos and video with my phone. I hope you enjoy viewing my photos! Unfortunately I'm not able to embed the 2 videos I took of the elephant seals at Drakes Beach, but you can view them here (Google Photos link). 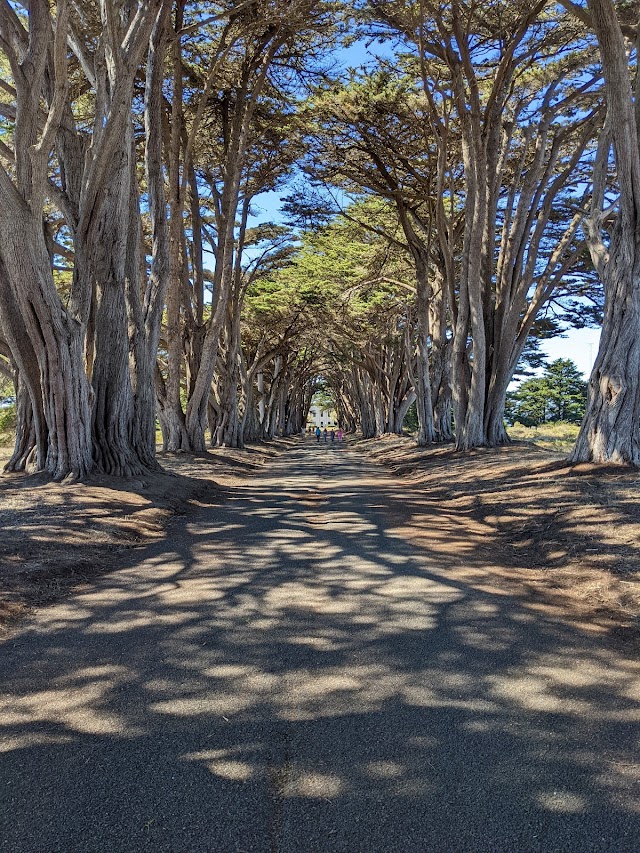 A photo of the Cypress Tree Tunnel with the historic KPH Radio Station at the end. 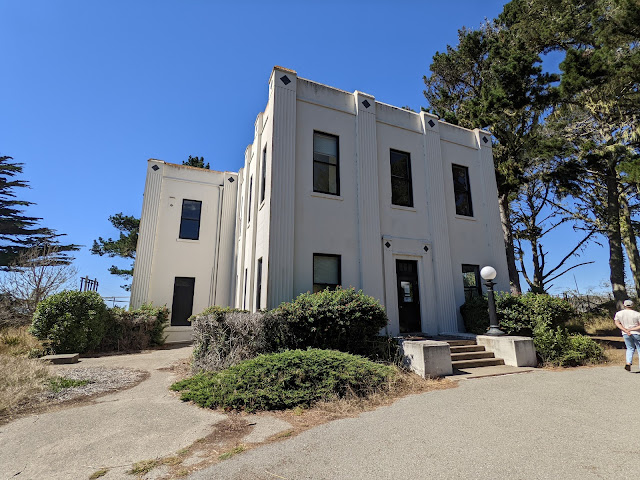 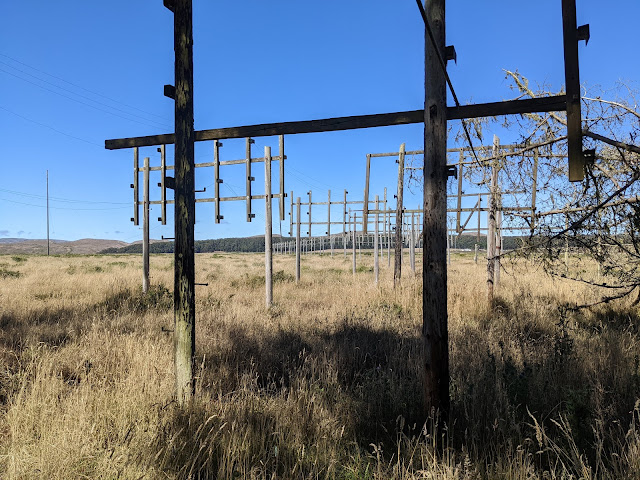 A photo of the cables running out of the historic KPH Radio Station. 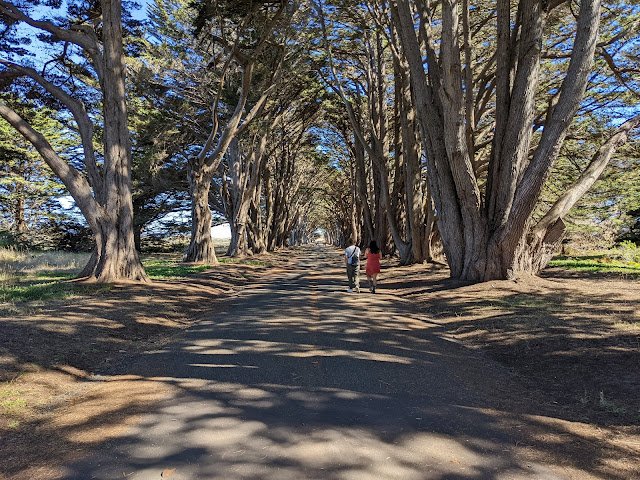 A photo of the Cypress Tree Tunnel. 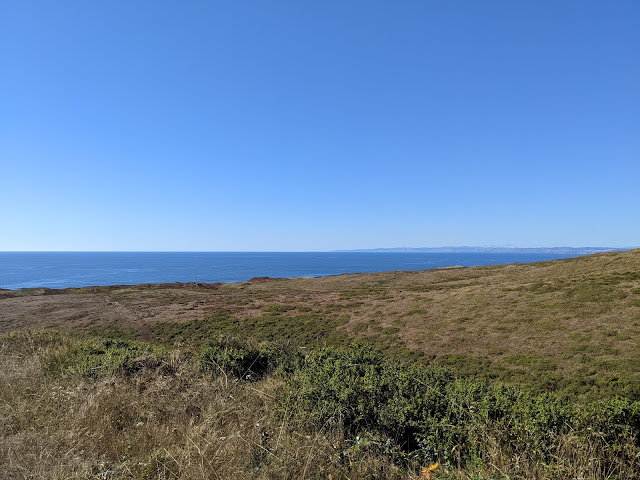 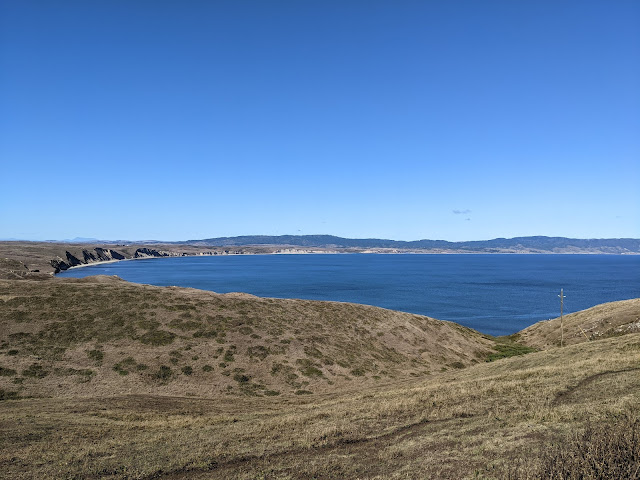 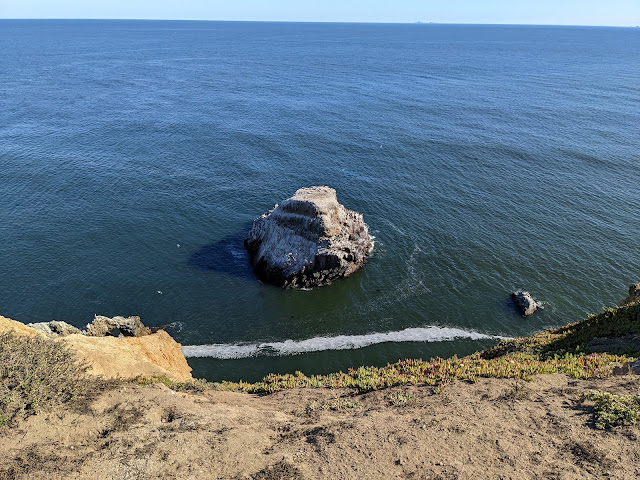 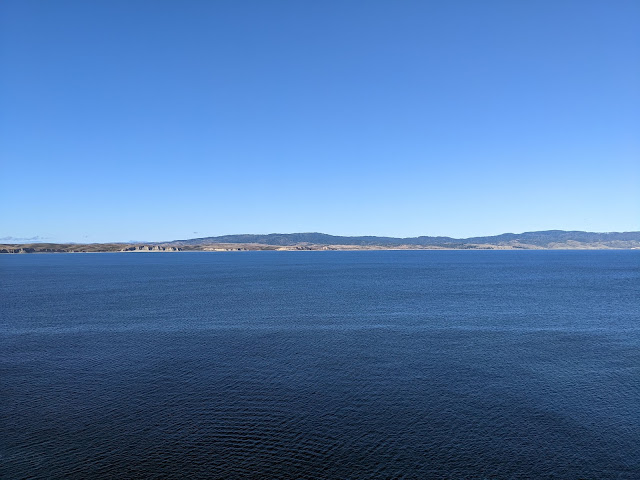 A scenery photo of Drakes Bay shot on Chimney Rock Trail.
I'll be honest, the Chimney Rock hike was a little bit of a disappointment. I was expecting better scenery. If you have time, then go for it, but I wouldn't put this hike as a priority. 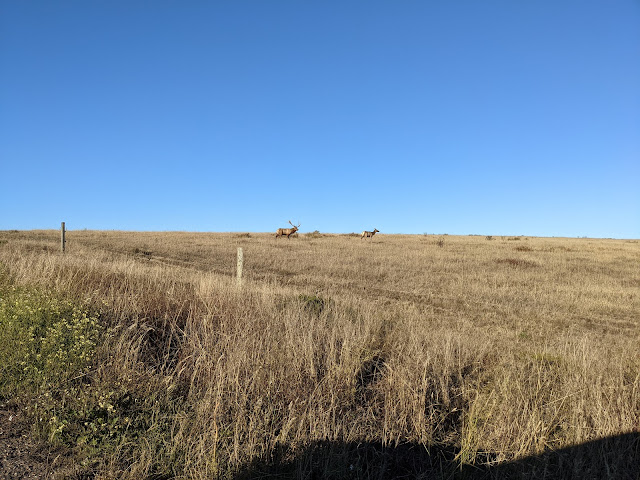 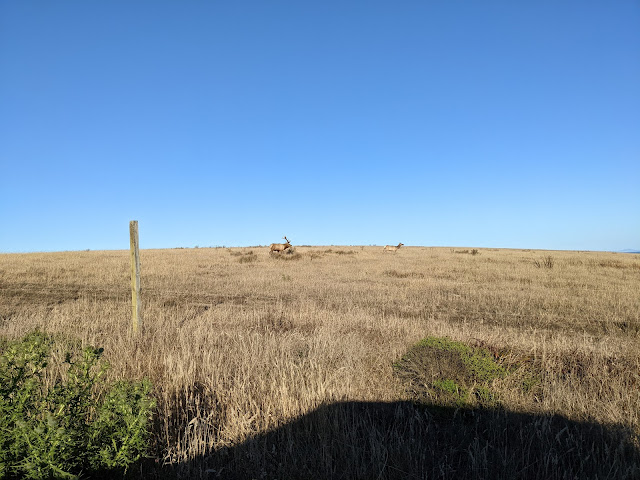 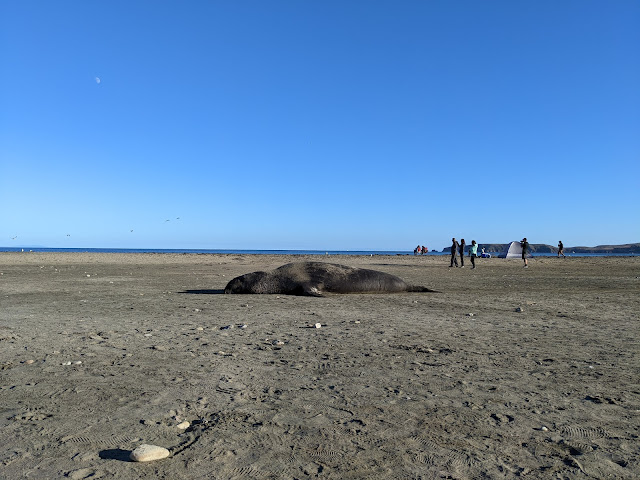 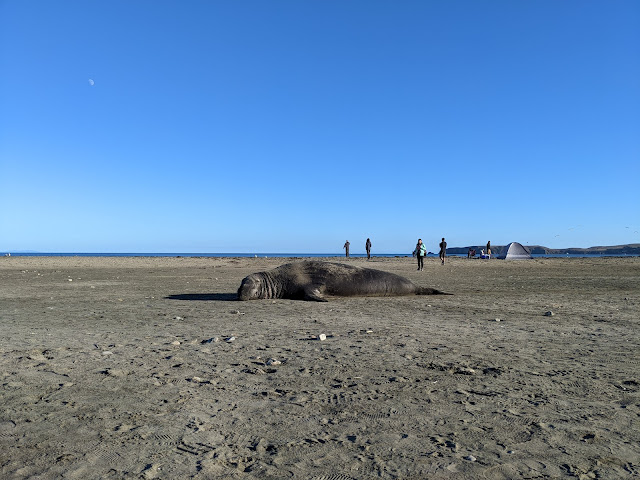 Two photos of an elephant seal on Drakes Beach.
My mom and I only saw that one elephant seal on Drakes Beach. We did see a few more jumping out of the water that were swimming though. It was nowhere near the amount we saw during our last trip in April (photos here). Here is a funny story about the elephant seal on the beach. I think he got annoyed at people constantly taking photos, videos, and pointing at him, so he made a really bad attempt at charging. All of us taking photos and videos of him backed up a bit nonetheless. Then later he ran off. I don't know if it's because he's too fat, or just old, but he certainly didn't have as much energy as those I saw last time in April. The most amusing thing was watching him throw sand on himself with his flippers to try to camouflage himself against people. 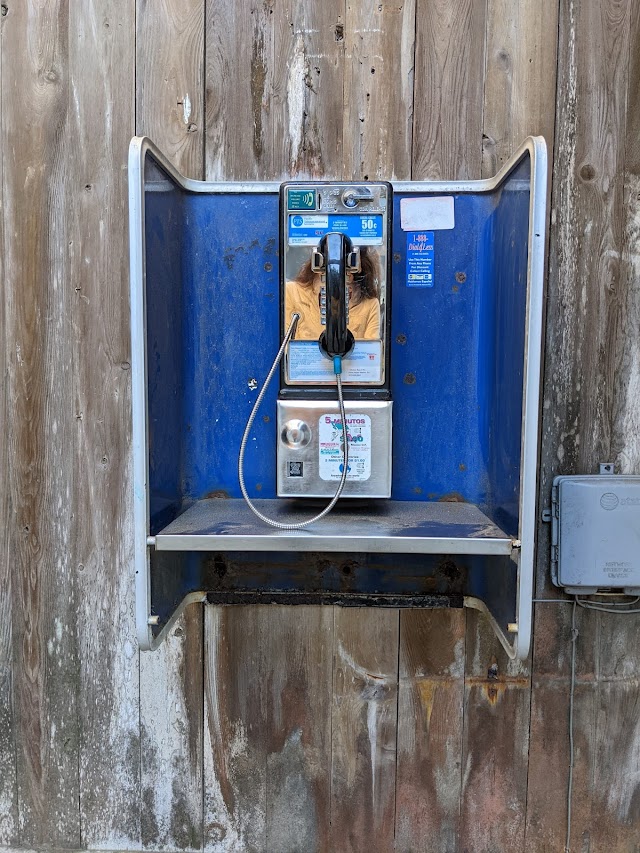 A relic from the past at the Kenneth C. Patrick Visitor Center. I can't recall the last time I saw a payphone in person.