Message from the author: Hi fans! I was lucky enough to reschedule with my professor about today's lab! YAY! LOL I am such a bad student right? XD So yeah, I got up at 5:45 A.M. (well technically my friend's call woke me up because he got overexcited) to start heading to the event at Moffett Field near Mountain View! Also had to pick my friend (the one that woke me up) up along the way. By the time I was in NASA, it was about 7:30. I started taking photos of the event immediately. So later took photos of the people there, took photos of the speech and also video taped a portion of it... Then I took some photos for my friend because he knows I am good with photos, and his camera was crappy anyways. LOL So yeah, after that, I got ready to take photos of the space shuttle along with everyone else, but turns out the space shuttle was 15 minutes late even though they said any minute now.

So anyways, after I got the photos, I got lunch, and rushed home, and got home at like 4:30 P.M.. I know all of you fans would want to see these photos so I immediately got to work. After 4 hours of work (dinner included) I finished the photos and here I am typing up this blog post! :) I hope you enjoy these. I'm going to start you guys off with the most important photos, which is of the space shuttle Endeavour and its accompanying fighter jet.

Also, no tips on high speed photography in this blog post. :) I plan on doing a blog post just for that soon! (Update 9-28-2012: Blog post is available here.) So check back often. You can always Follow/Like me on my Facebook, Twitter, or Google+ for updates! 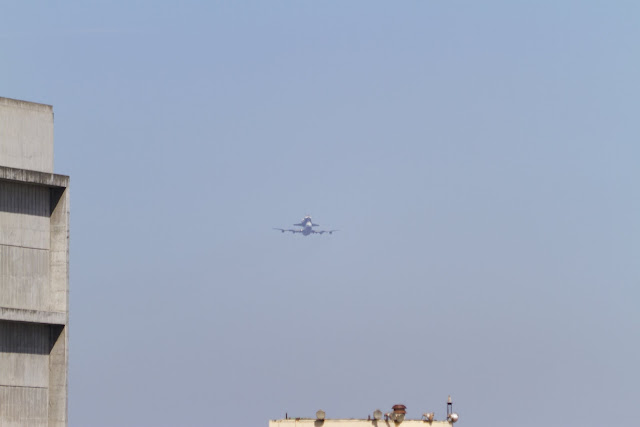 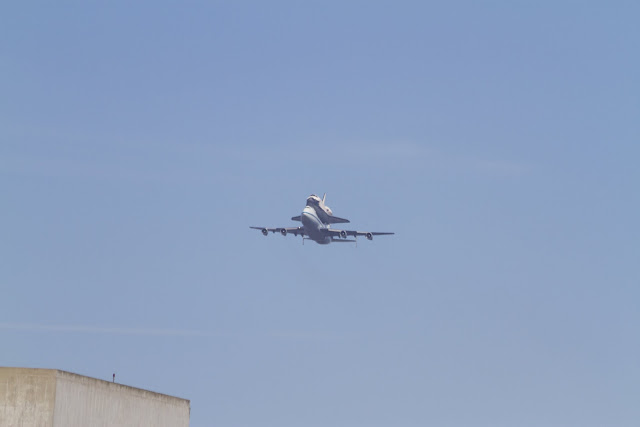 Another photo of the aircraft approaching. 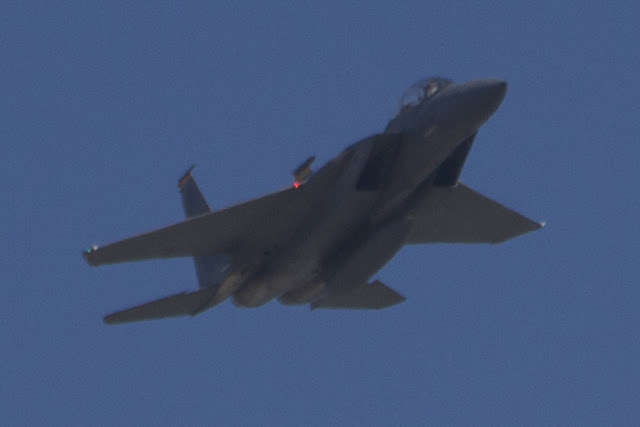 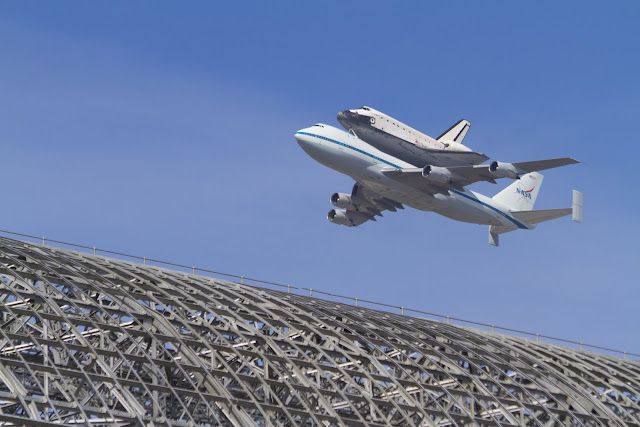 The aircraft flying low over one of the buildings so we can take a photo. It was really low! 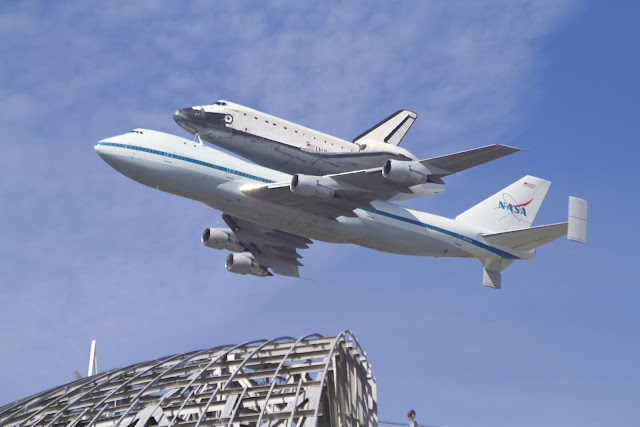 Another photo of it right over the building. 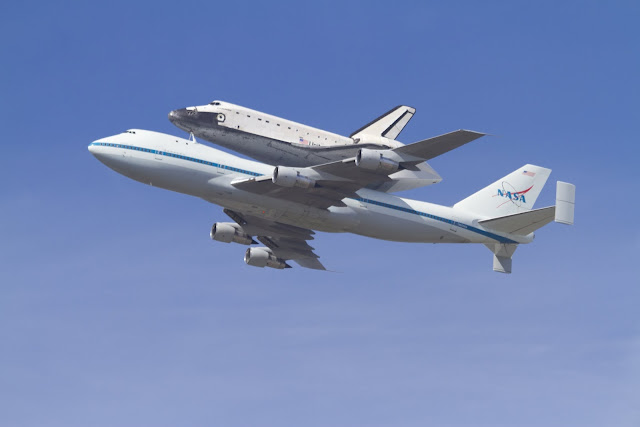 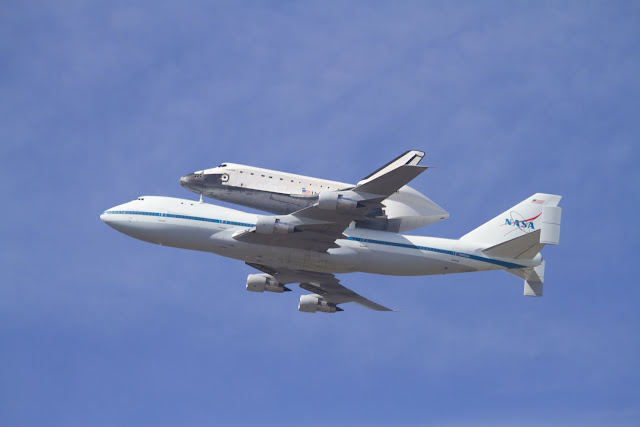 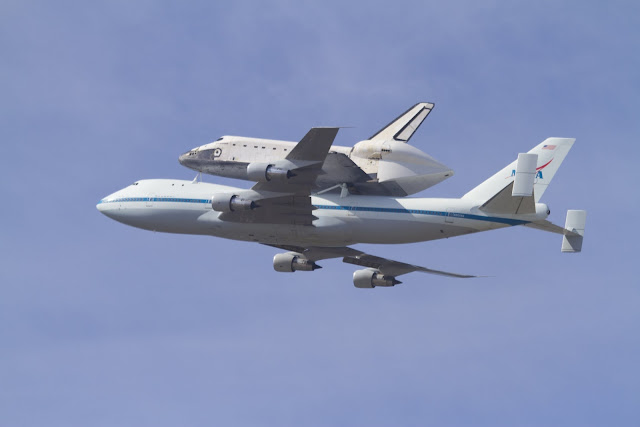 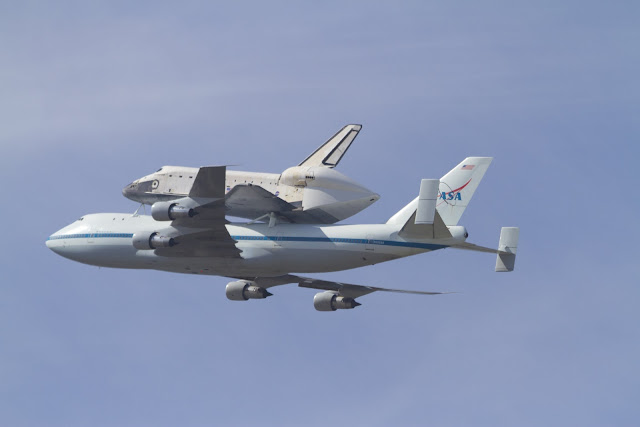 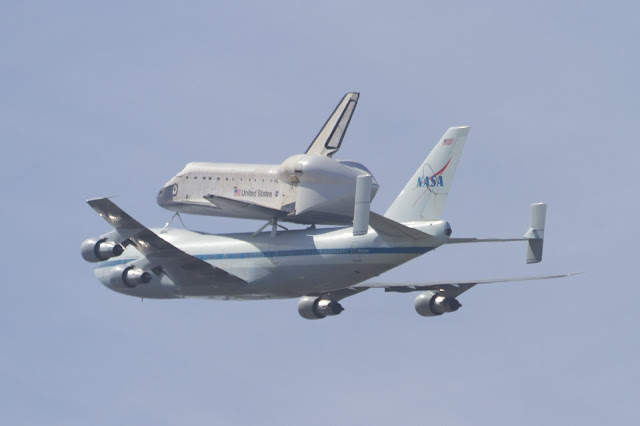 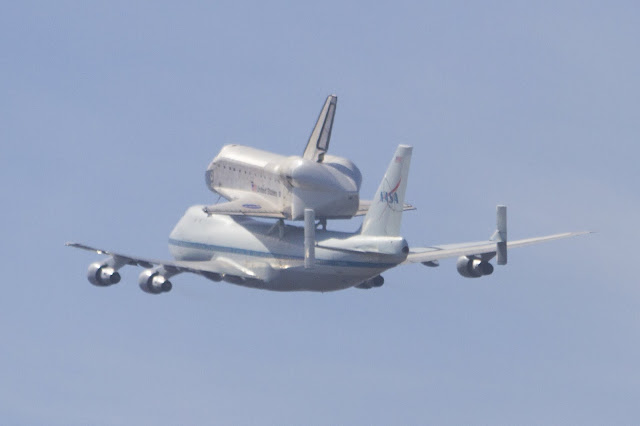 The aircraft flying off into the distance. It only made one pass. 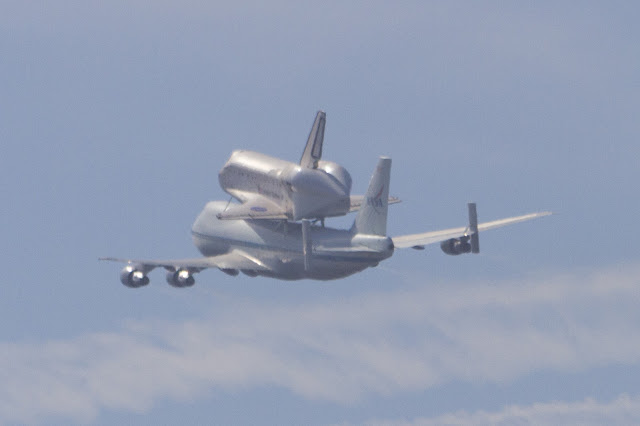 These are all the photos for today. The event photos, paparazzi groups photos, and some other stuff I took photos of will be coming up in the next few posts so stick around! Please don't forget to share my blog posts with your friends! If you would like to get notifications next time I post, you can "Like" me on Facebook or follow me on Twitter and Google+. These links can also be found on the top of the right sidebar.