Parts:
As you know the paparazzi has been taking photos and shooting videos of people, whether the person liked it or not, ever since the camera has been invented. It's time us normal people get back at them. ^_^ Here are the photos of the paparazzi groups (the news reporters) at the event. I wanted to get interviewed but they said no. :( Those jerks. ROFL I really wanted to be on TV. Alright, hope you enjoy these "get back" photos! 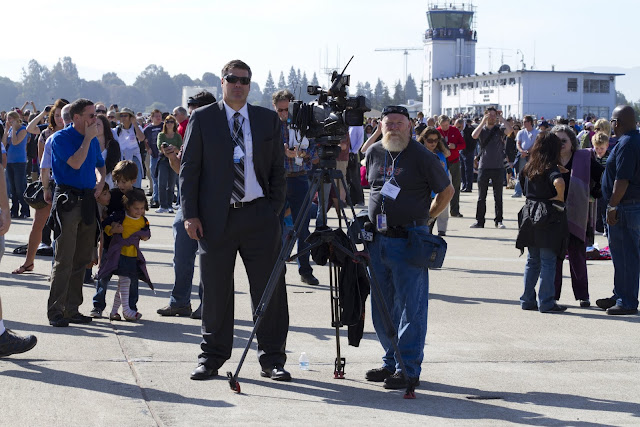 This is the CBS paparazzi group. The guy on the left looks so intimidating. LOL I also think he was the tallest guy there... It's not a distortion in the photo. HAHA He really is that tall. 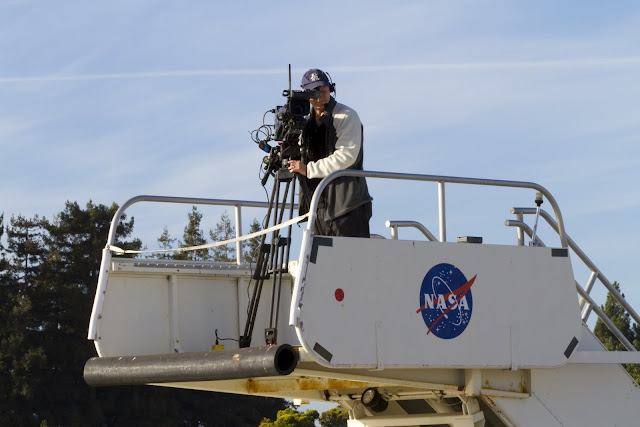 I guess this is one of the employees of NASA video taping the event. He got me on video, and I got him on photo. :P 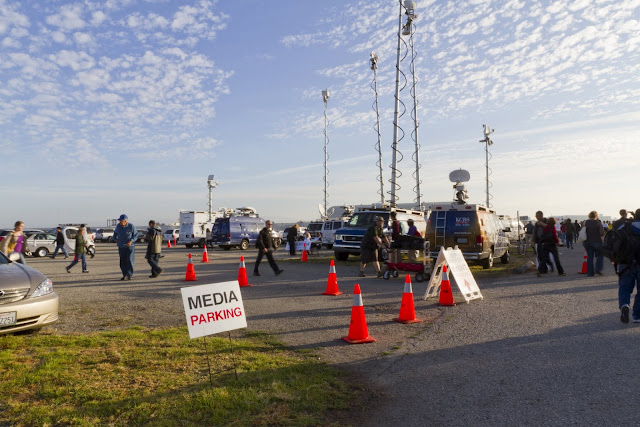 The parking area for the paparazzi. Those antennas are really tall! 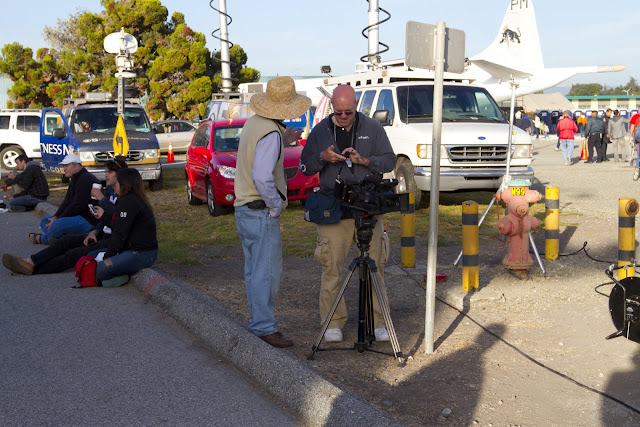 Reporter interviewing a visitor to the event. 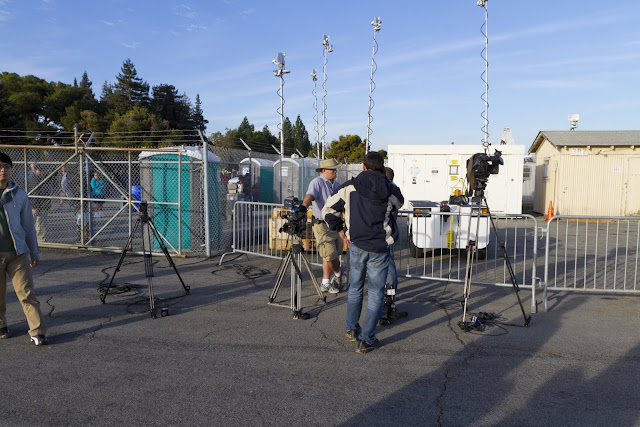 3 cameras set up from 3 different news stations. Those in the back are the antennas from the news vans. 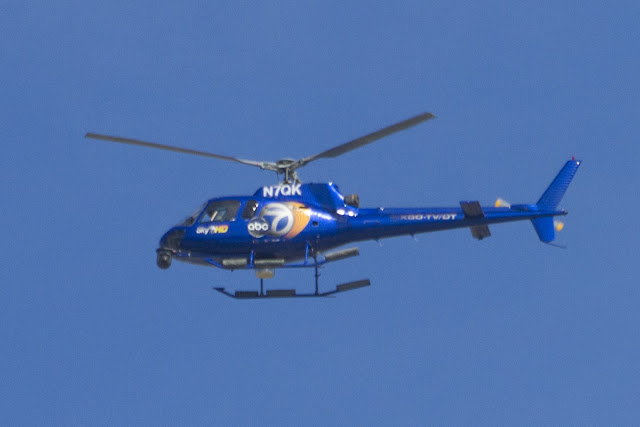 Saw a helicopter flying over head and decided to take a photo because I was in the high speed photography mood. XD Turns out it was an ABC news-copter.

Alright guys, these are the photos of the news crew I took a photo of. If you see news crews next time, take photos of them. :P Please don't forget to share my blog posts with your friends! If you would like to get notifications next time I post, you can "Like" me on Facebook or follow me on Twitter and Google+. These links can also be found on the top of the right sidebar.