I know someone who works at Google and today I am here to share some of the photos I took at the Google Android building. I happened to be in the area several month back right after the Space Shuttle Endeavour Flyover (Photos Here). I have photos of the different figurines and also some of the special figurines they had in the lobby. I also have the before and after of the Android Jellybean figurine on this. The Android building is at Google's Main Headquarters in Mountain View, CA. Really nice work environment! 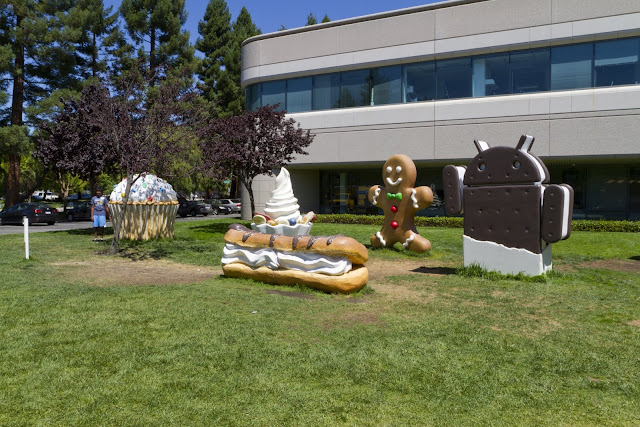 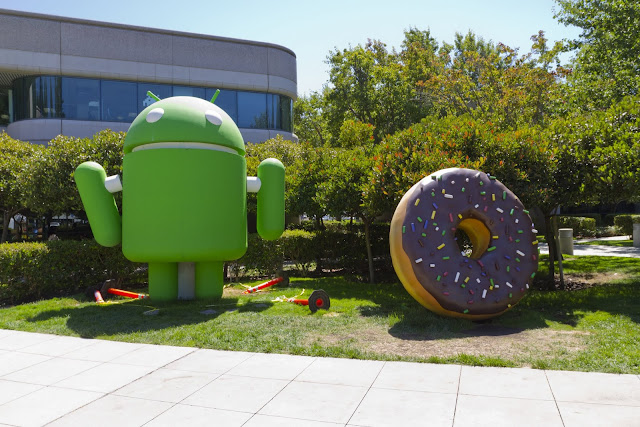 Android Figurine and a Donut 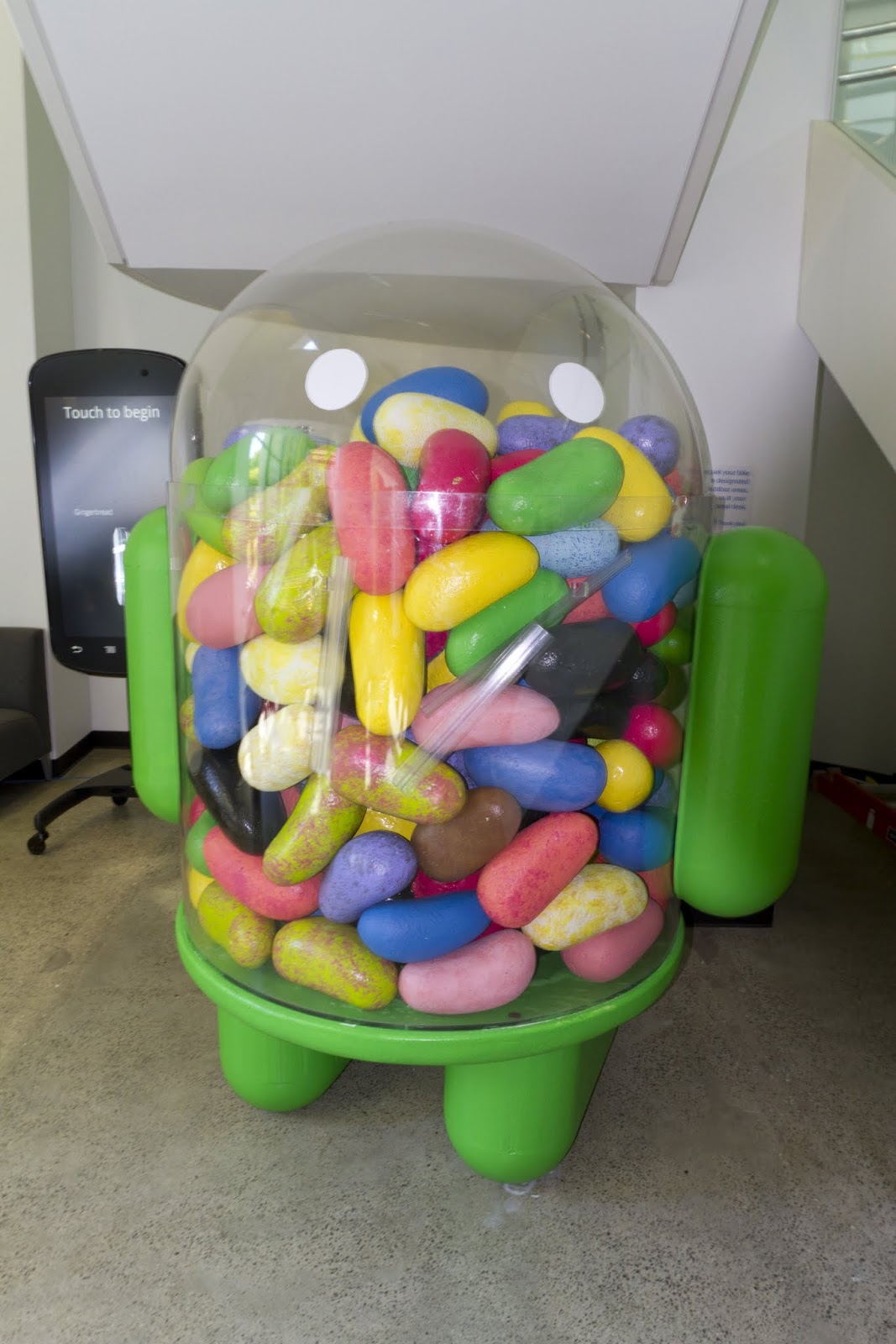 This was the Android Jellybean figurine before they fixed it. Remember the flaw that caused the figurine to melt under the sun? Yeah... That is why they brought it in before they could get it fixed. It was said some people took some of the jellybeans too. No, they are not edible... 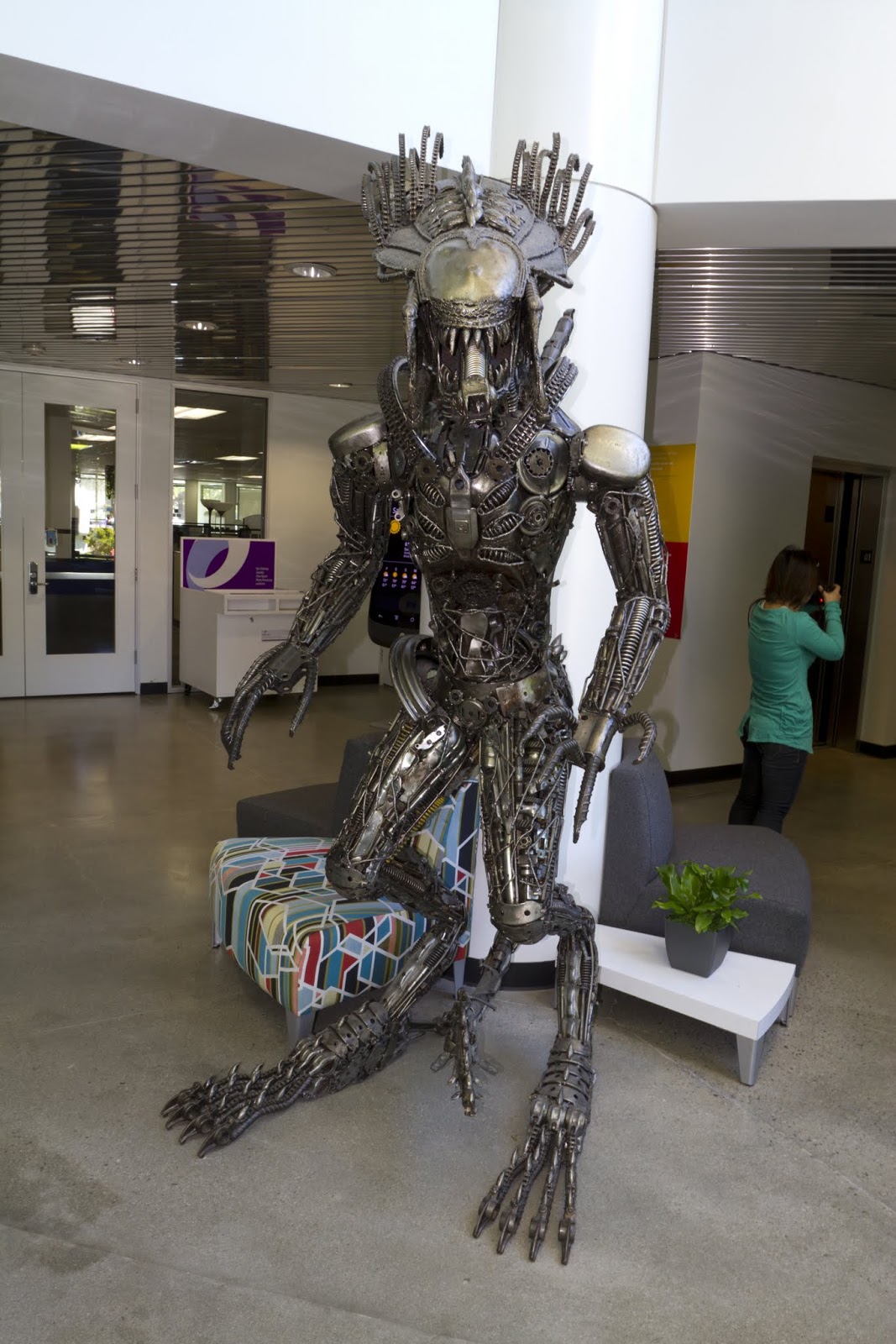 This was some figurine in some movie. Forgot which one. 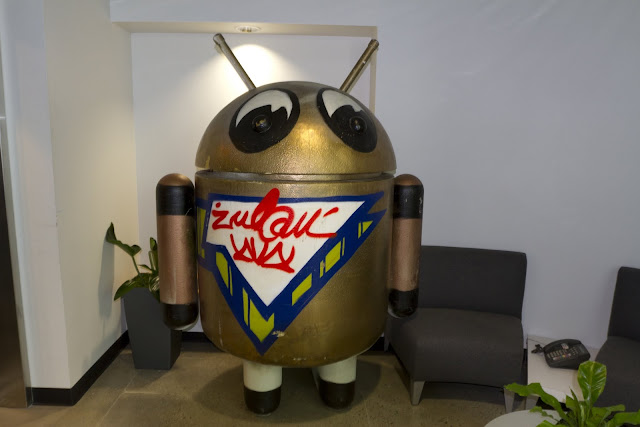 Not sure what this figurine is for. 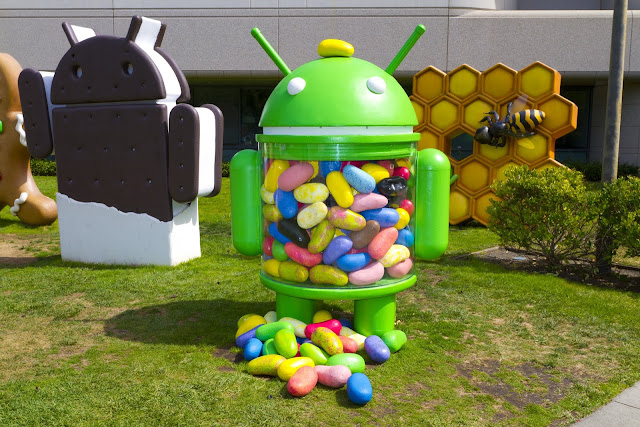 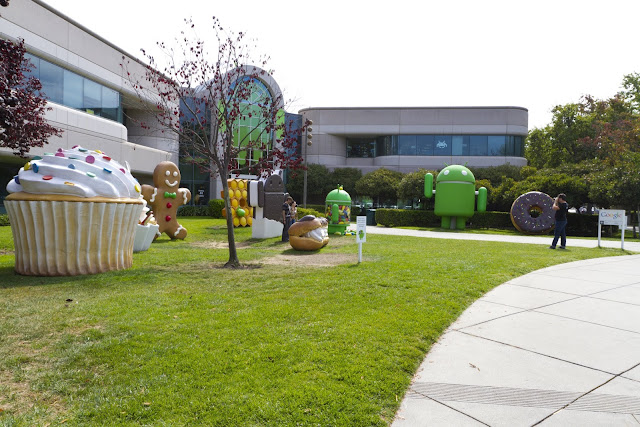 This is all the photos I took. Hope you have enjoyed them! Please don't forget to share my blog posts with your friends! If you would like to get notifications next time I post, you can "Like" me on Facebook or follow me on Twitter and Google+. These links can also be found on the top of the right sidebar.
Posted by Sunny Wu at 2:31:00 PM