Not being much of a museum fan, I actually visited the Computer History Museum in Mountain View, CA because I was dragged along by family members. I have to say, it was kind of interesting to see the different historical gadgets in the museum. If you do visit, be sure to remember that tripods, backpacks, and flash photography isn't allowed inside, so make sure you bring your good camera and fast lens with good low light performance. I took 26 photos there and I will be splitting them into two parts. I most likely won't be making too much comments about the photos for these as I have no clue what most of them are. Hope you enjoy the photos I took in the museum.

Full Resolution Photos and Prints: If you want to see full resolution photos of any of the photos you see, they are up on my portfolio for viewing here.

Message from the Photographer: I am a little bit busy recently, so I might not post as often. I hope you understand. Let's move on to the photos for today. 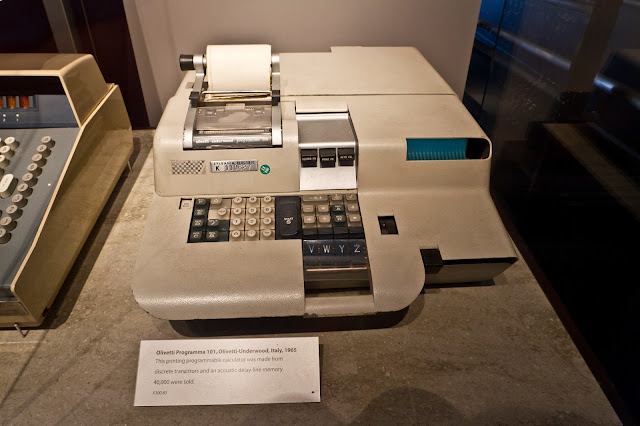 Sign reads:
Olivetti Programma 101, Olivetti-Underwood, Italy, 1965
This printing programmabe calculator was made from discrete transistors and an acoustic delay-line memory.
40,000 were sold. 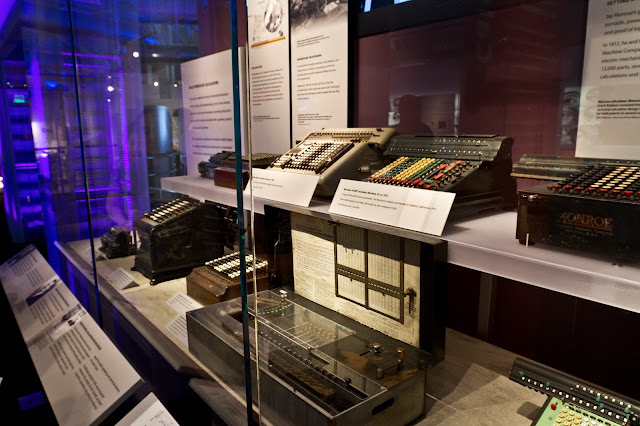 Only the center sign was readable:
Marchant "ACRM" calculator, Marchant, US, ca. 1932
A typical "full-sized" technical calculator. The Marchant company was founded in Oakland, California in 1911.
Their cheif designer, Carl Friden, left to start his own company in 1934. 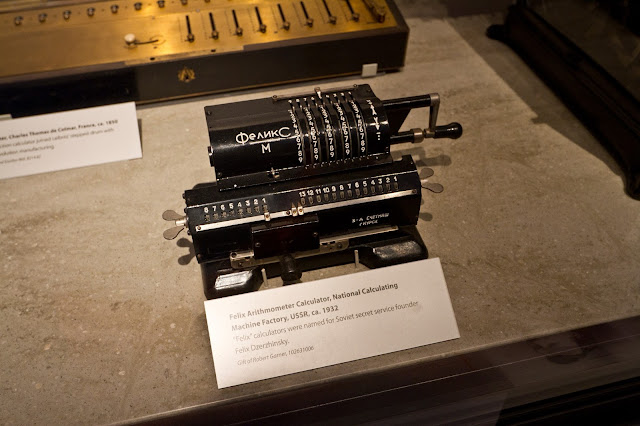 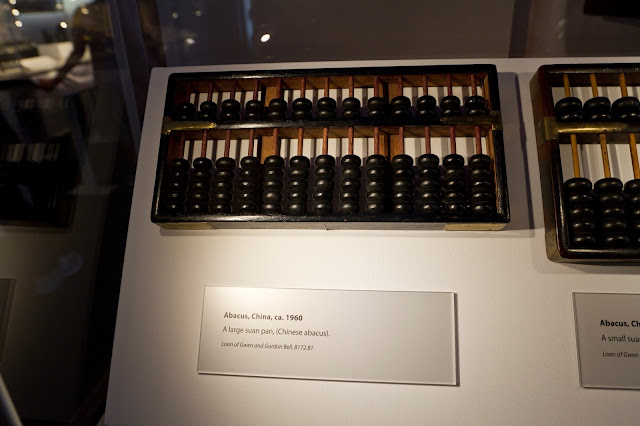 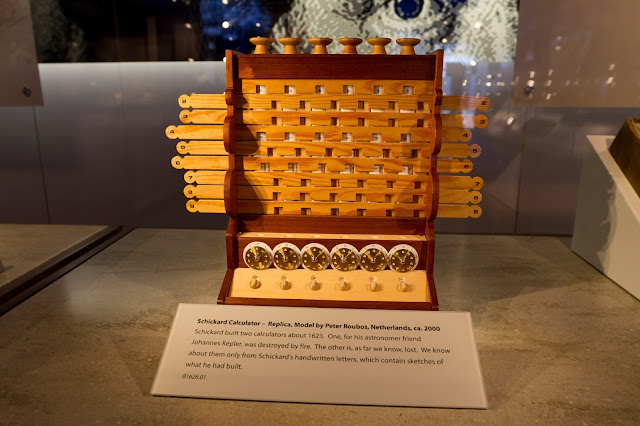 Sign reads:
Schickard Calculator = Replica, Model by Peter Roubos, Netherlands, ca. 2000
Schickard built two calculators about 1623. One, for his astronomer friend Johannes Kepler, was destroyed by fire. The other, as far we know, lost. We now about them only from Schickard's handwritten letters, which contain sketches of what he had built. 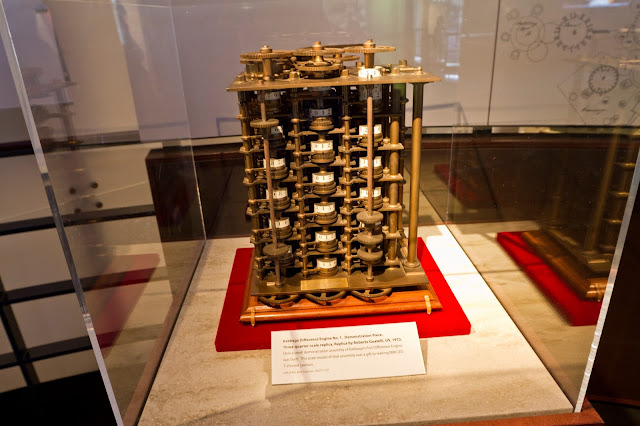 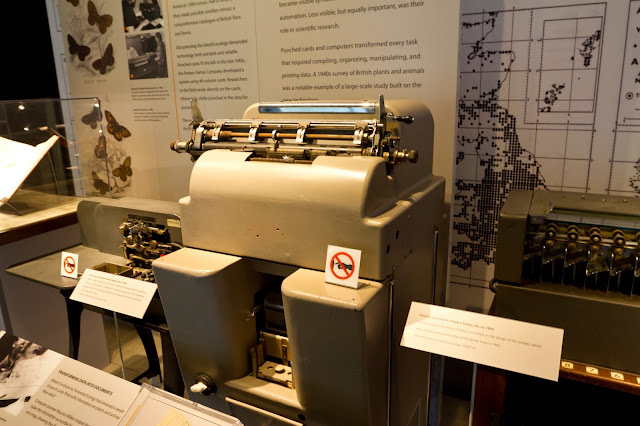 Left sign too blurry.
Right sign reads:
Printing Card Punch, Powers Samas, UK, ca. 1954
Competing pioneer Maurice Wilkes consulted on the design of this printer, which was used to produce the Atlas of the British Flora in 1962. 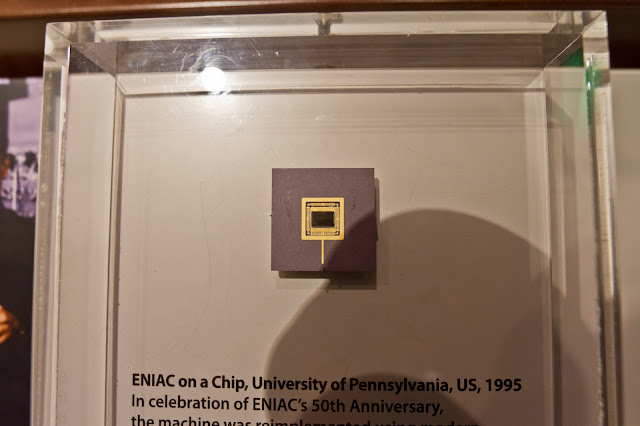 Sign reads:
ENIAC on a Chip, University of Pennsylvania, US, 1995
In celebration of ENIAC's 50th Anniversary, the machine was reimplemented (guessing on this word)... (cut off) 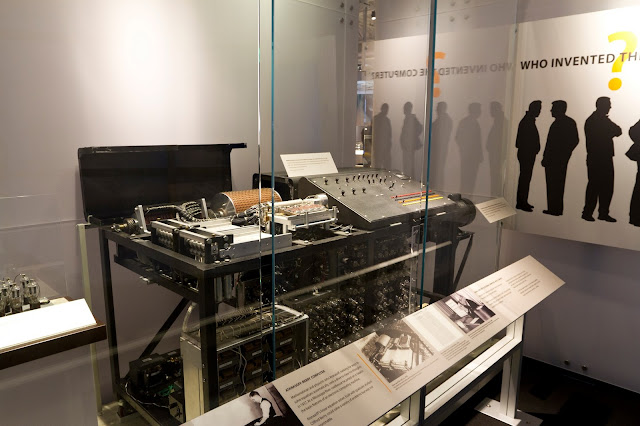 The Atanasoff-Berry Computer made by mathematician and physicist John Atanasoff. Can't really read the other stuff on the sign. 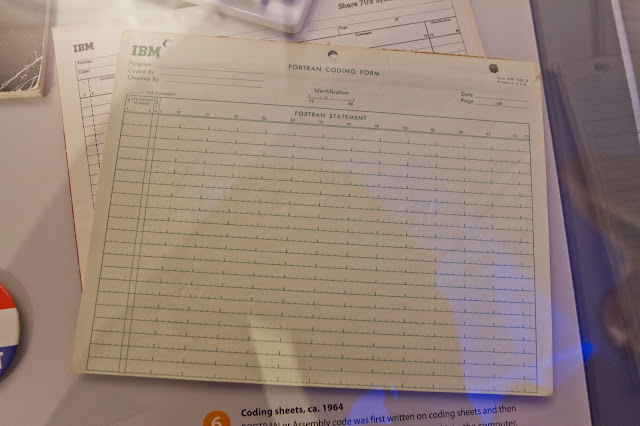 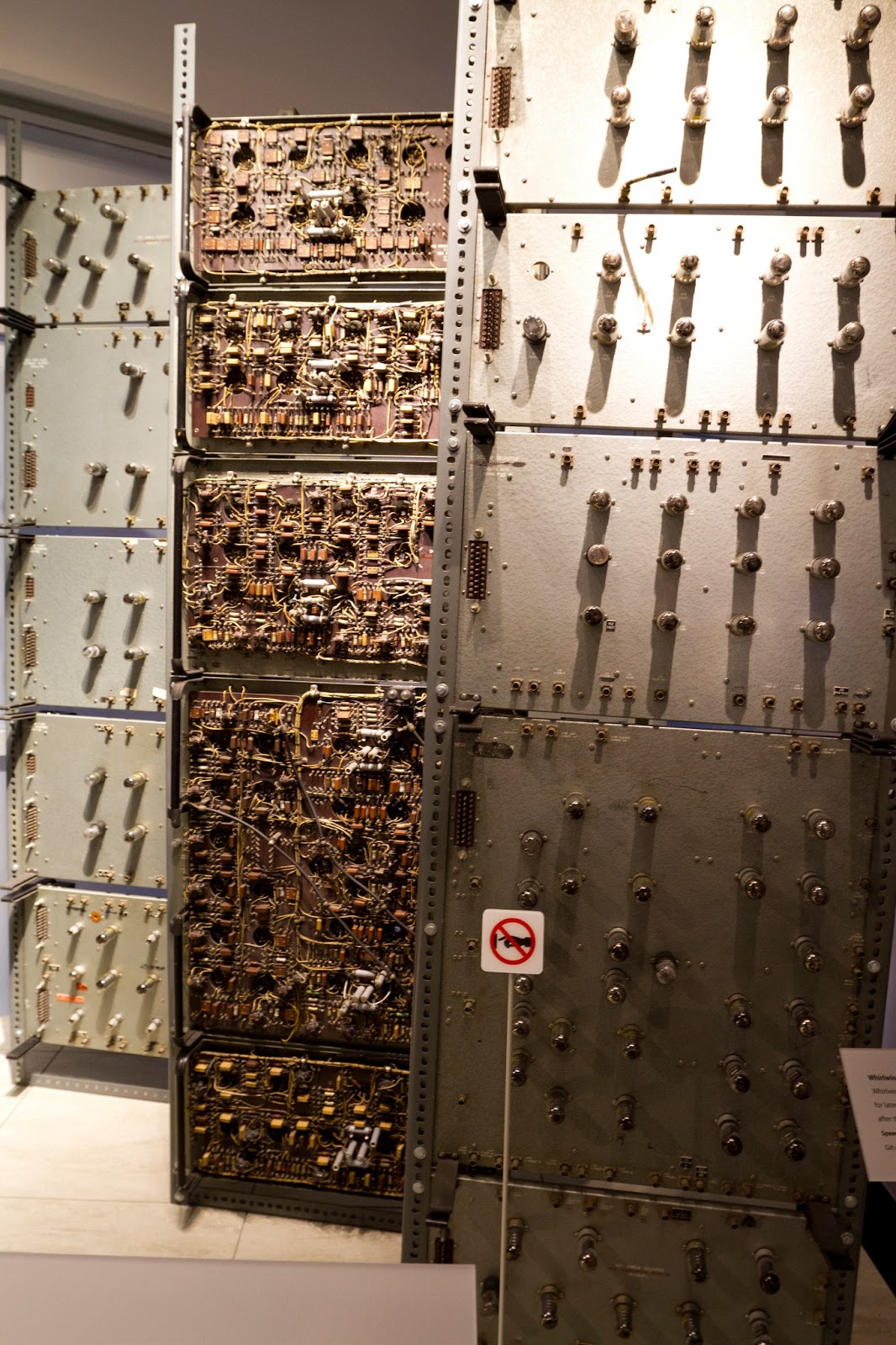 No clue what this is. 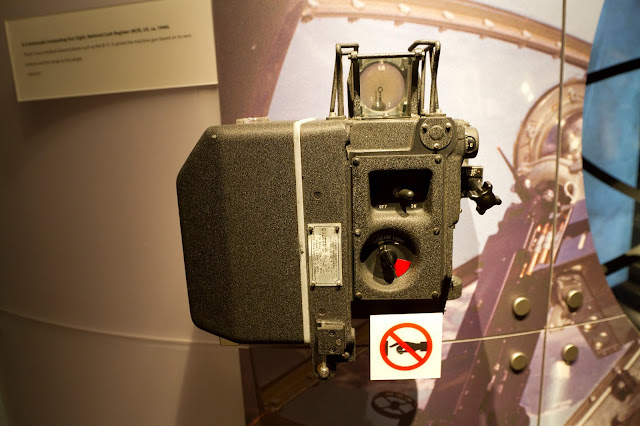 A machine gun scope. Other stuff on the sign is too blurry. 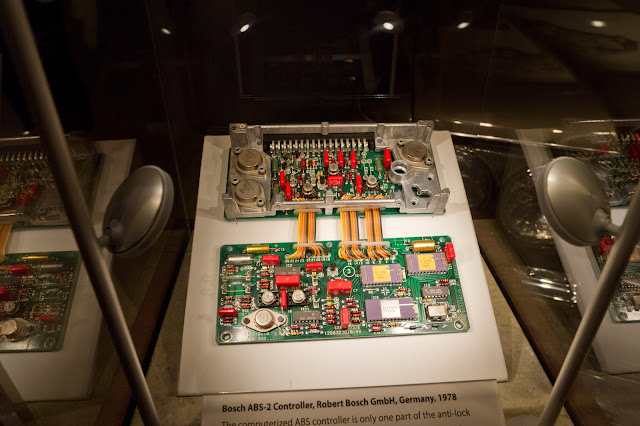 Sign reads:
Bosch ABS-2 Controller, Robert Bosch GmbH, Germany, 1978
The computerized ABS controller is only part of the anti-lock (I am guessing the rest) brake system. (cut off)

These are all the photos for today. I hope you have enjoyed them. The rest of the photos will be coming out soon. Please don't forget to share the blog post with your friends and family members! Also, if you want to get notifications when I post up more photos, "Like" us on Facebook or follow me on Twitter and Google+. These links can also be found on the top of the right sidebar.