It has been almost 6 month since Canon has announced that there will be a new firmware update for the Canon EOS 5D Mark III and that firmware update just came out today and you can download if for free from here. The update it self is fairly simple. Make sure you have a charged battery or at least it is half charged. I did mine with a battery at 70% and had no issues. Then you copy the downloaded firmware into either your CF or SD card. Now press Menu and scroll until you find the one with your firmware version is listed. Go in and you can begin the update process. If you need more details than this, there is instructions in PDF format that came with your firmware download. 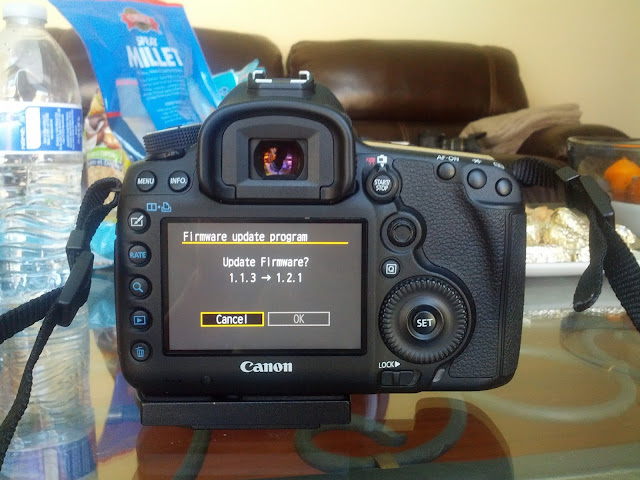 Here is a screenshot of the camera confirming the firmware update. 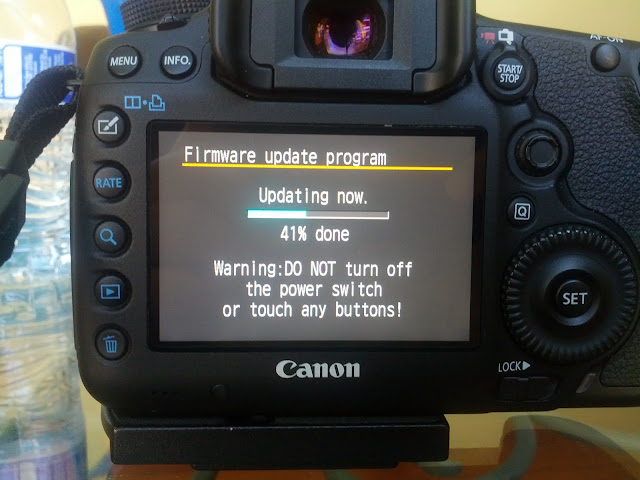 Here is the camera during the update process


After the update process, my camera did go down by 2% on the battery level. So technically you don't need a fully charged battery, but it is always good to have one. Don't want to brick your camera! Anyways, here are some of the new features of this firmware update.

Uncompressed HDMI Output Support
One of the two new features is Uncompressed HDMI Output Support. This feature allows uncompressed high-definition video (YCbCr 4:2:2, 8 bit) to be outputted via the HDMI socket of the Canon EOS 5D Mark III. This feature allows you to record high-definition video via an external recorder (with very limited degradation in quality) and you can also monitor the video in real time on an external display.

Improved AF Functionality
The other new feature is the improved AF functionality which has raised the central cross-type points AF ability to focus from f/5.6 to f/8. This is especially useful for users who are using telephoto lenses with a lens extender such as the Canon EF 1.4X III Telephoto Extender (still depends on the lens) and still want to use auto focus. This new firmware update will allow you to focus with any lens up to an aperture of f/8. The following is a list of lens combinations from Canon's website compatible with the new firmware update. The combinations marked with (*) are the newly supported combinations due to this firmware update.
To me, these 2 features are really cool as I was thinking about a set up with lens extenders, but I really wanted to keep auto focus. I hope you have enjoyed this news article. If you want to read the original Canon press release, you can do so here. Again, you can download the new firmware update from here. Please don't forget to share the blog post with your friends and family members! Also, if you want to get notifications when I post up more photos, "Like" us on Facebook or follow me on Twitter and Instagram. These links can also be found on the top of the right sidebar.
Posted by Sunny Wu at 12:22:00 PM