Full Resolution Photos and Prints: If you want to see full resolution photos or buy prints of any of the photos you see, they are up on my portfolio for viewing. To view my best Point Roberts photos from this trip, use this link. To view all of my day 8 photos, use this link.

After the ferry landed, I proceeded to travel to the small island city of Washington called Point Roberts. This small 5 square mile town is surrounded by the ocean and Canada. To travel into the city, you will have to either travel by boat or go through a border crossing. I found this very interesting as the residents will have to pass the US border crossing when going back home, and travel through Canada's border crossing when they want to leave the city, even if it is to travel to mainland USA! I took 36 photos in this town and will be dividing the photos into 2 parts. 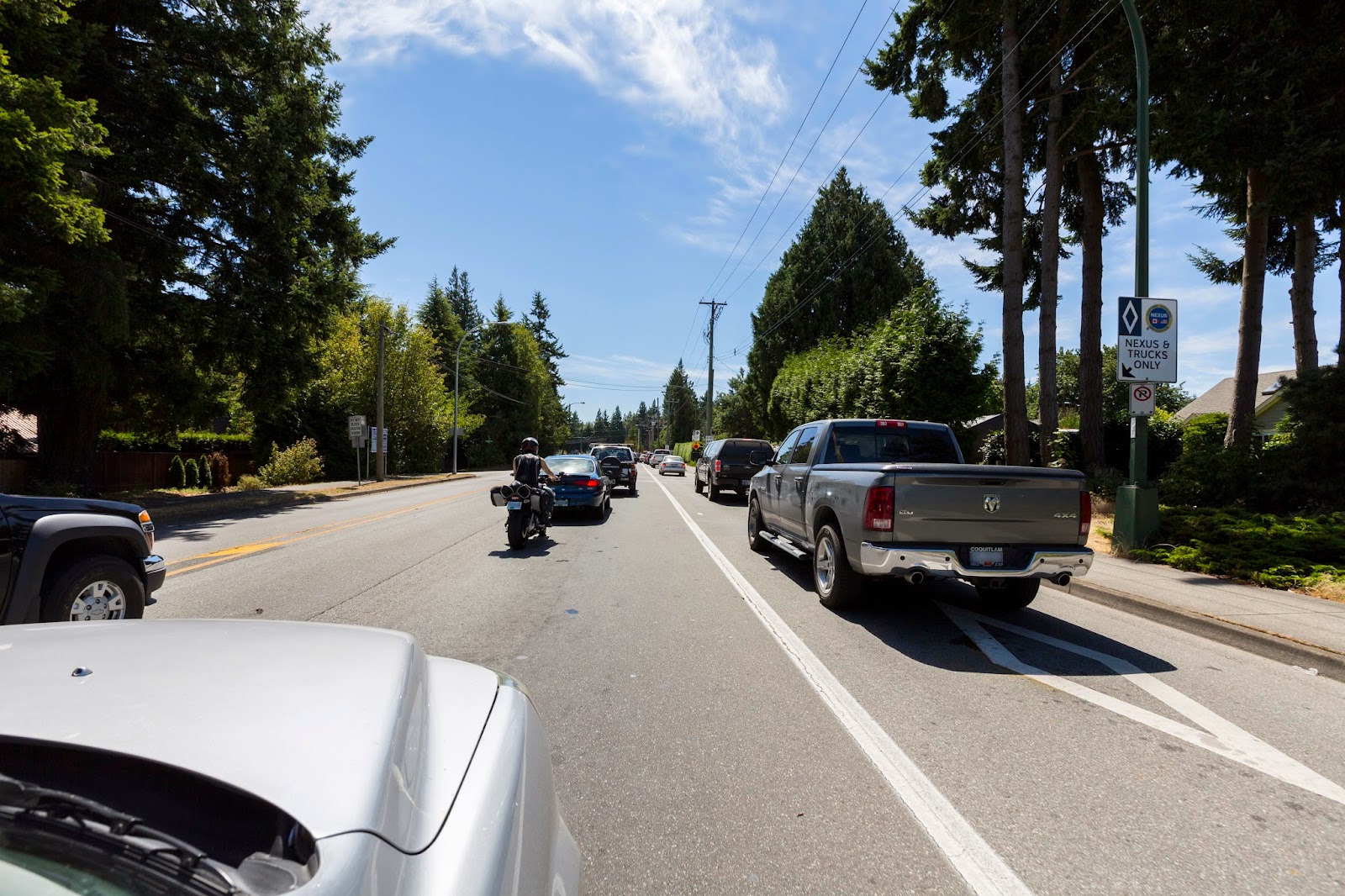 Driving into Point Roberts, WA from Delta, BC. Here is the border crossing.
Approximate GPS location (type into Google) according to the Canon GP-E2 GPS Receiver: 49 00 13 N 123 04 07 W 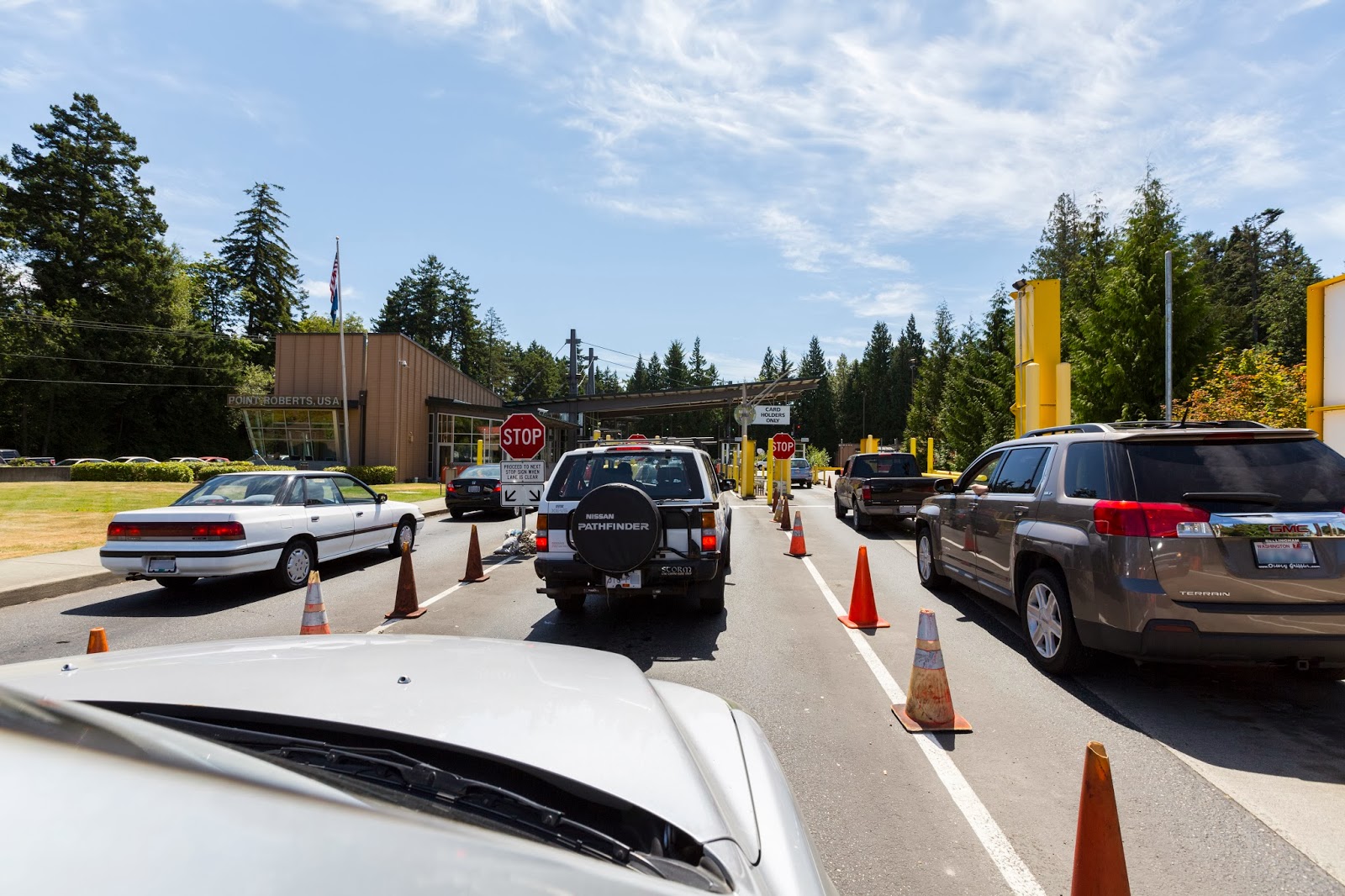 Approaching the US border station. Since I'm US citizen, they just took a note of the crossing and let us pass. No questions asked except what you guys plan on doing here.
Approximate GPS location (type into Google) according to the Canon GP-E2 GPS Receiver: 49 00 06 N 123 04 07 W 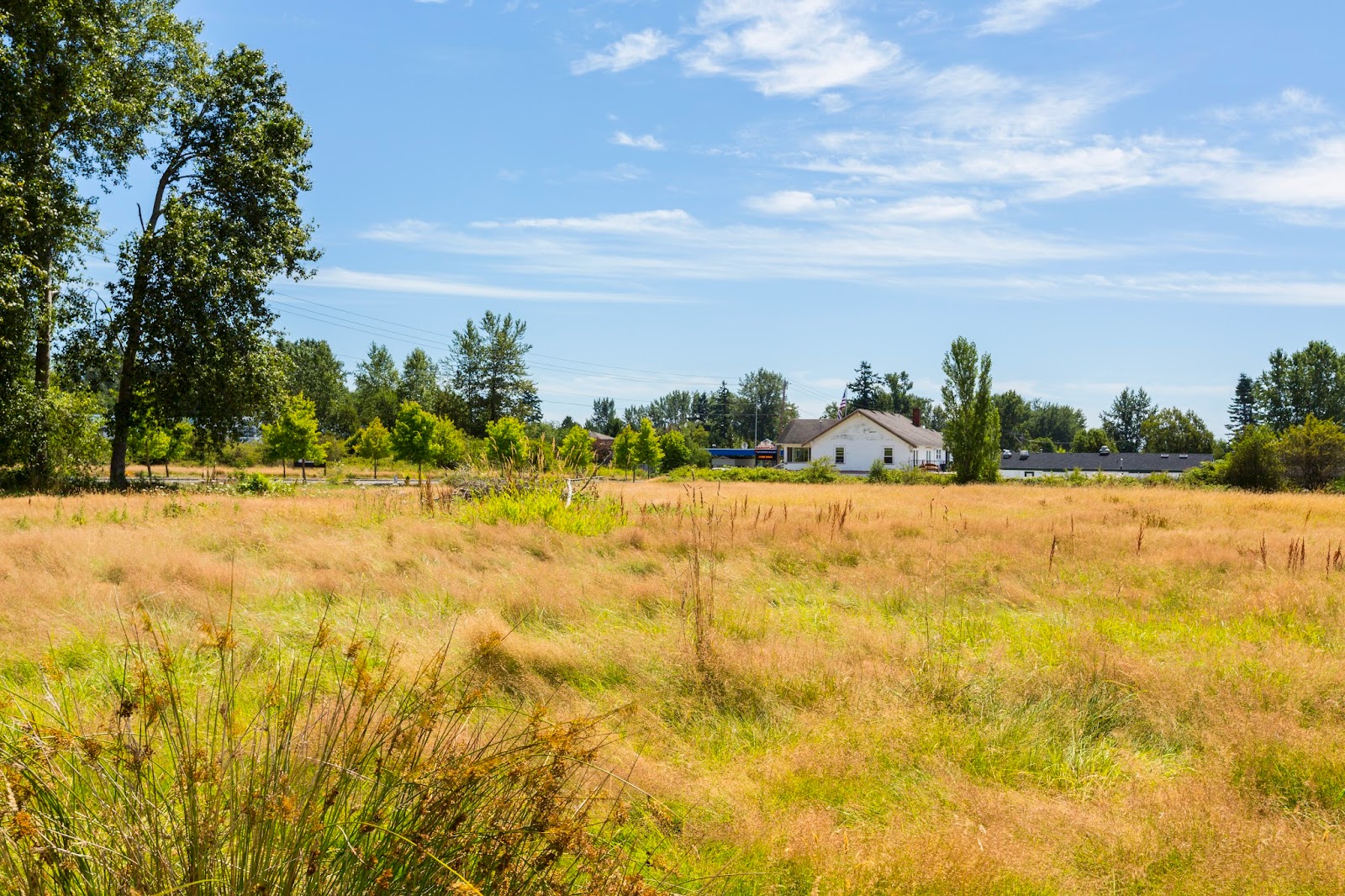 I got so excited after arriving in Point Roberts, I quickly took a photo. I also checked my cellphone which apparently was connected to the Canada cellphone service. I guess the US carriers don't have a cell tower here. The US takes the city very seriously. The first sign I saw after passing the border crossing was a MPH sign showing the speed limit, not km/h. This was a big pain for me while driving in Canada. I had to constantly look at our odometer and do a speed conversion for my dad who also had no concept of km/h.
Approximate GPS location (type into Google) according to the Canon GP-E2 GPS Receiver: 48 59 13 N 123 04 07 W 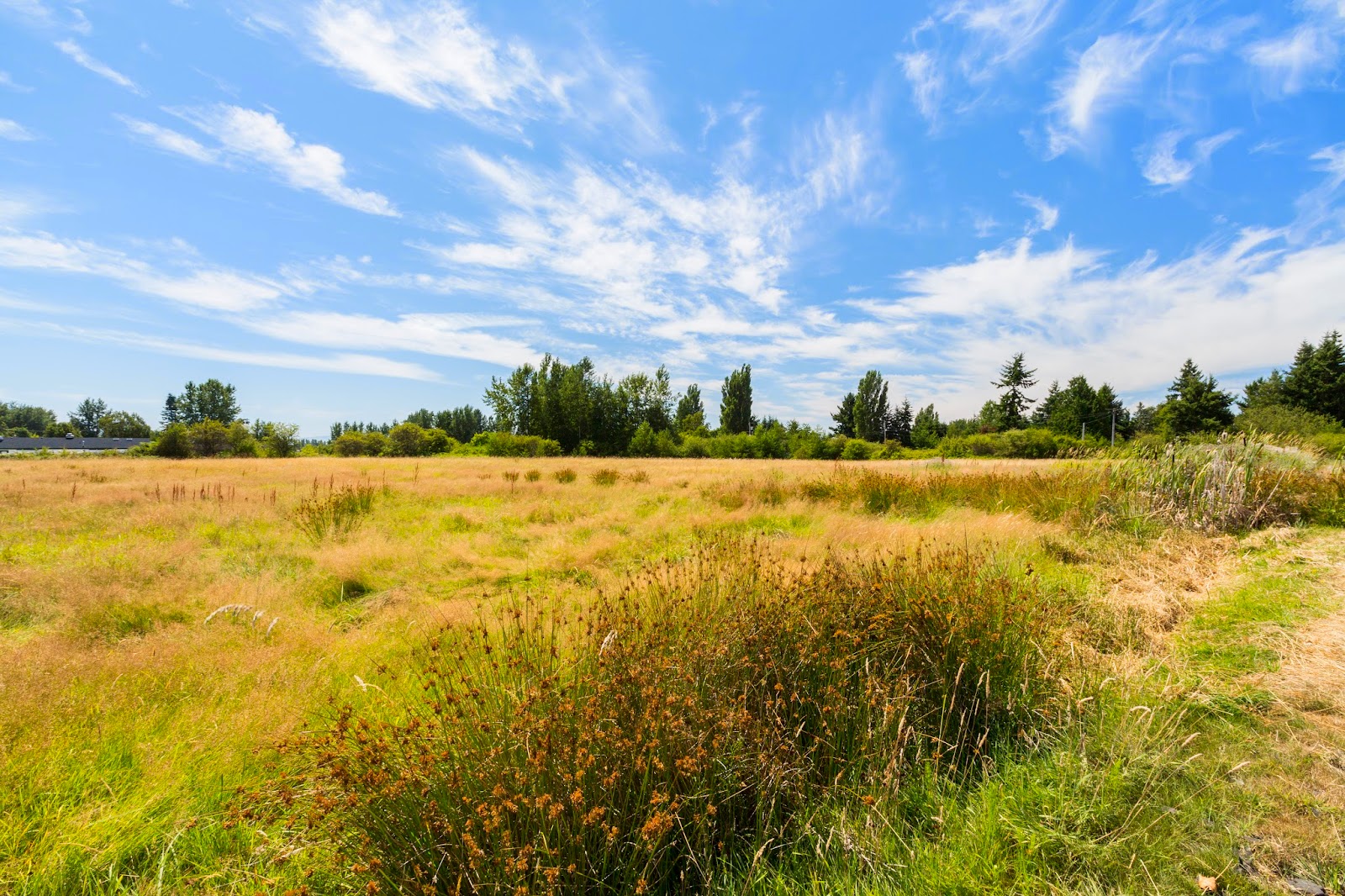 Another photo from the same spot as above. Really loved this patch of grass. 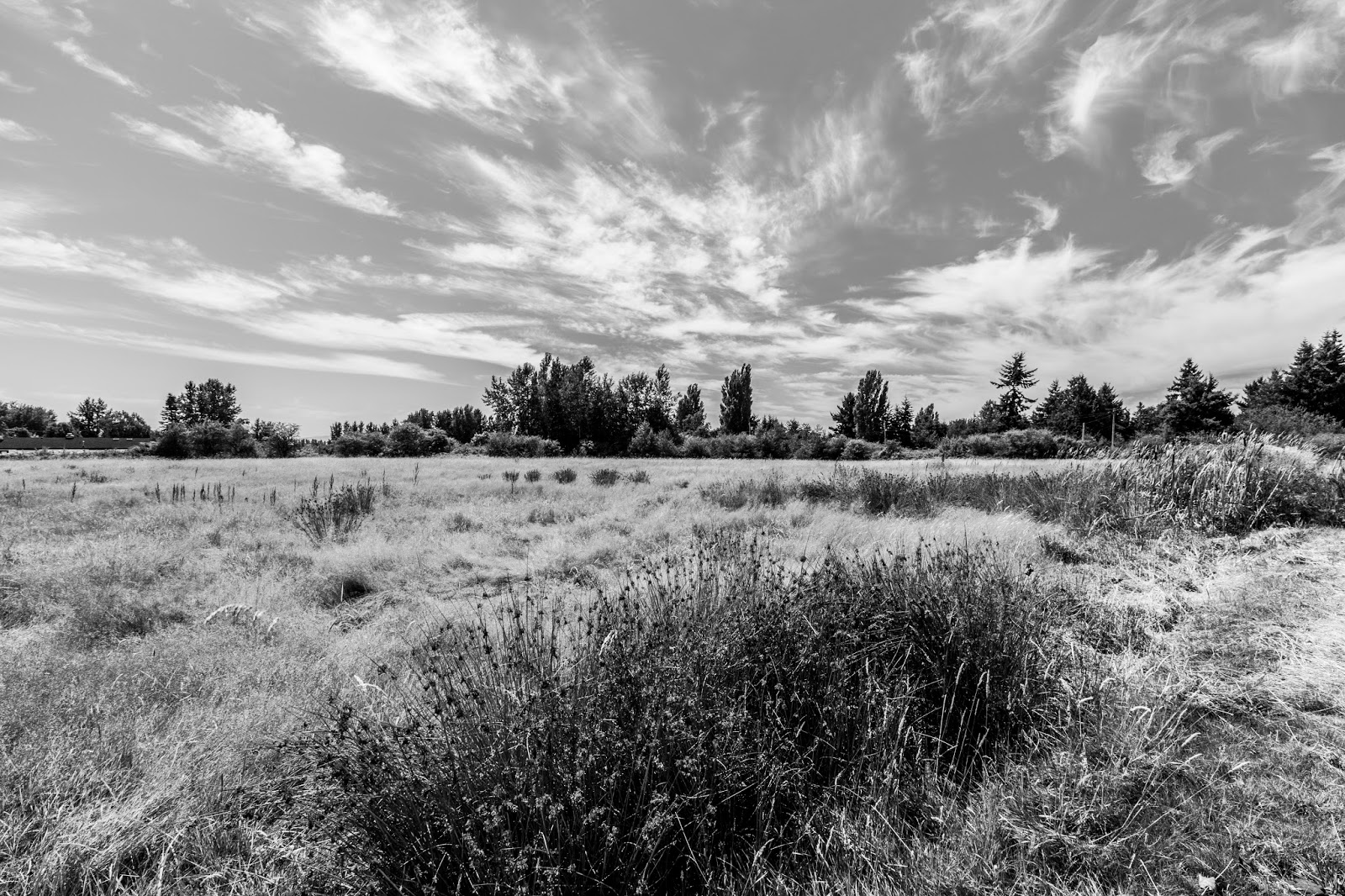 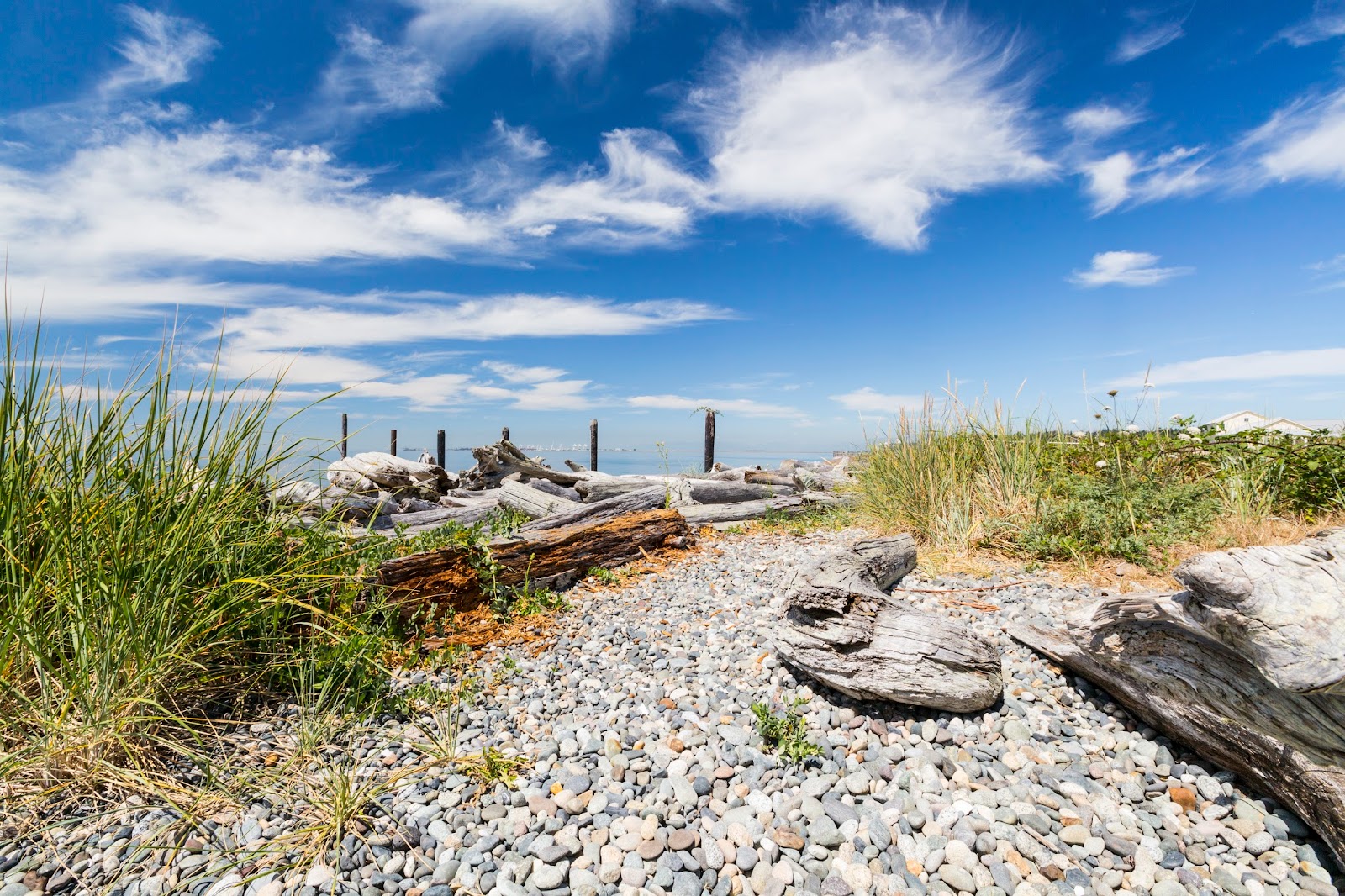 First place I arrived at was called Lighthouse Park. At first, there was no "lighthouse" in sight... A Washington local there also was like, I've never seen a lighthouse here before. I found the lighthouse later. I'll show you a photo in the next post.
Approximate GPS location (type into Google) according to the Canon GP-E2 GPS Receiver: 48 58 25 N 123 05 04 W 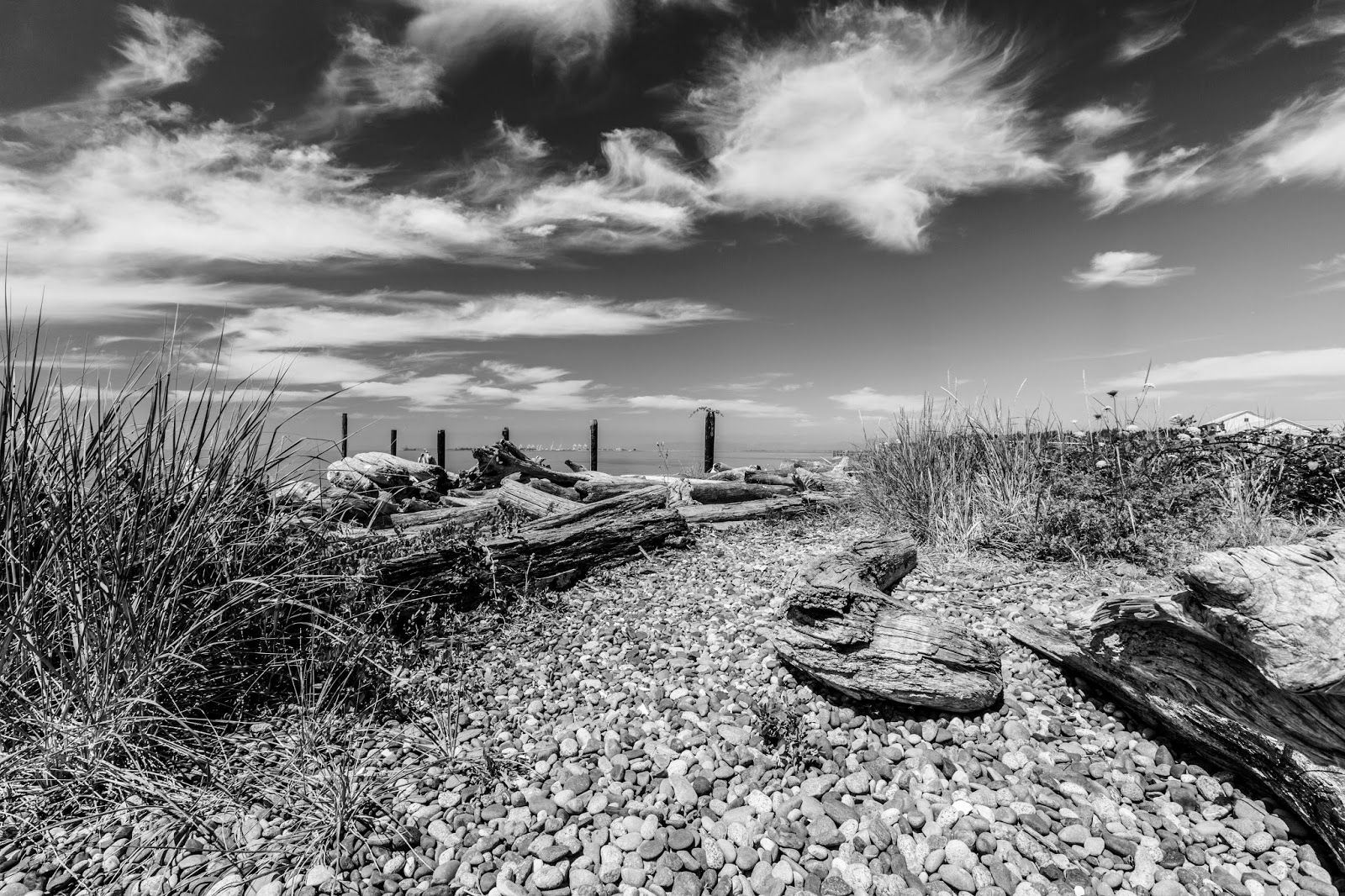 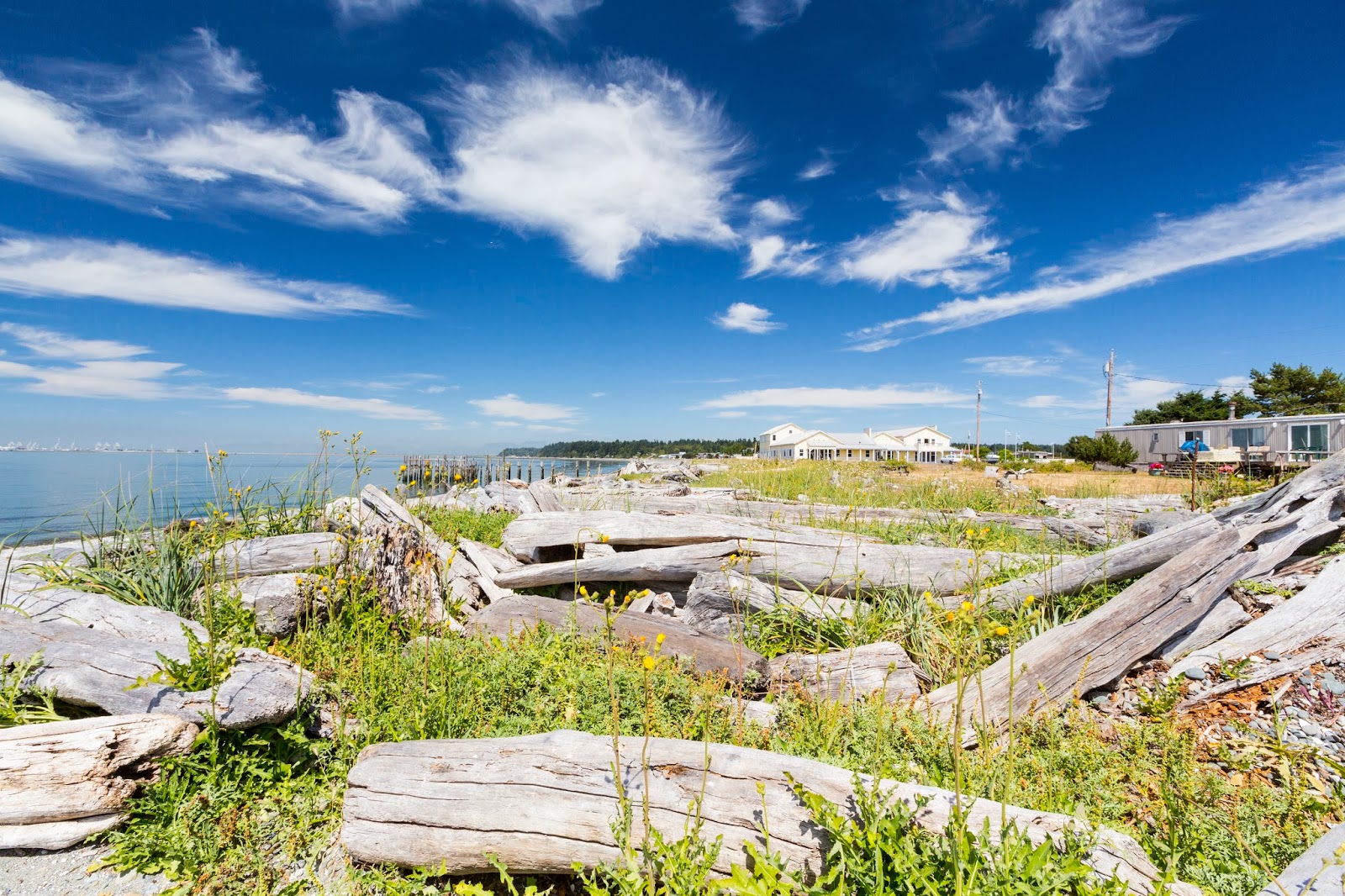 Another photo of the wonderful scenery there. I guess I hit Washington on a good time of the year. I hear Washington is very cloudy and rainy most of the year.
Approximate GPS location (type into Google) according to the Canon GP-E2 GPS Receiver: 48 58 26 N 123 05 04 W 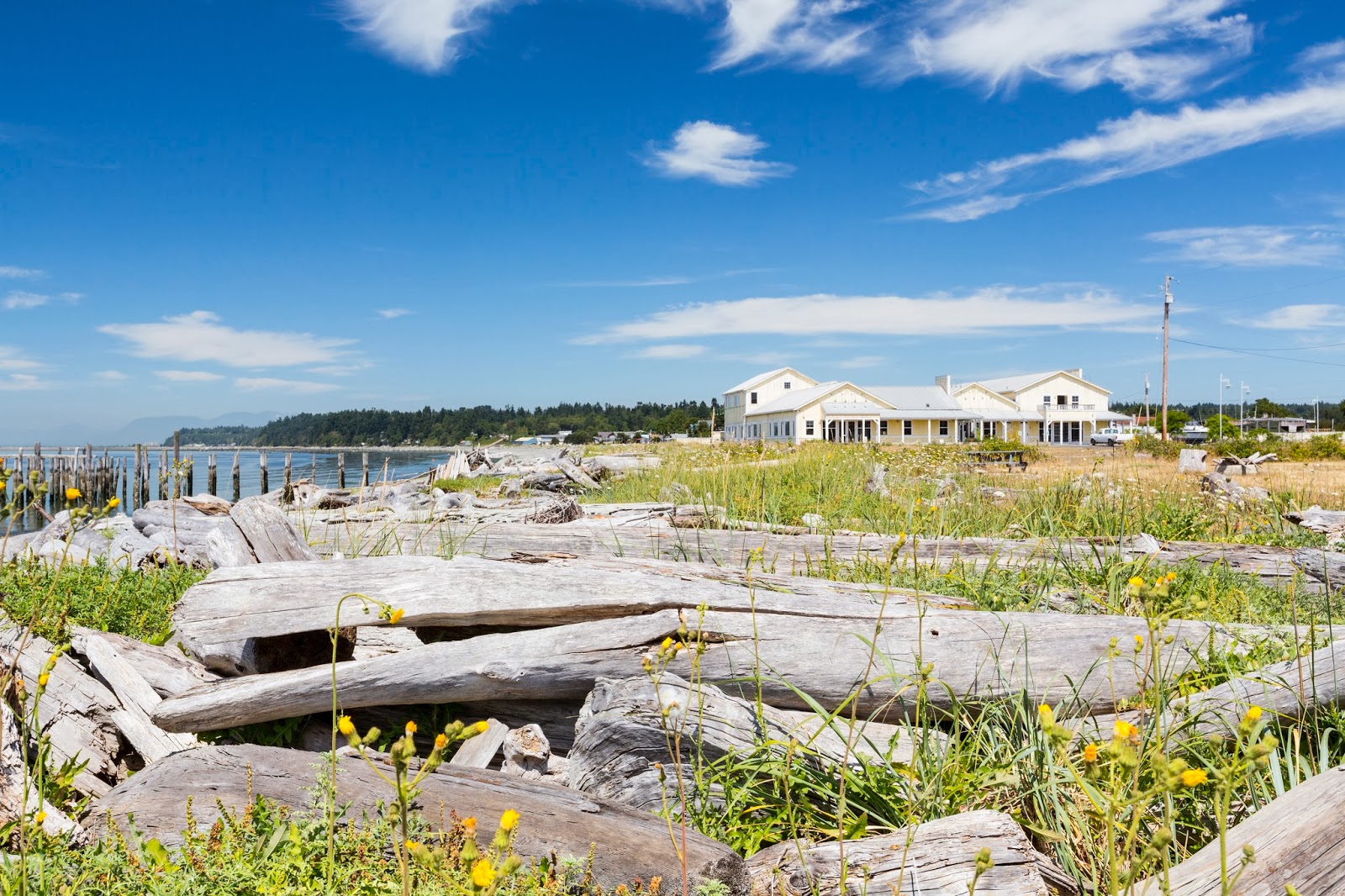 The park was very beautiful. I zoomed in on the house from the above photo for another shot. I couldn't decide which one was better so I decided to show both of the photos on here. 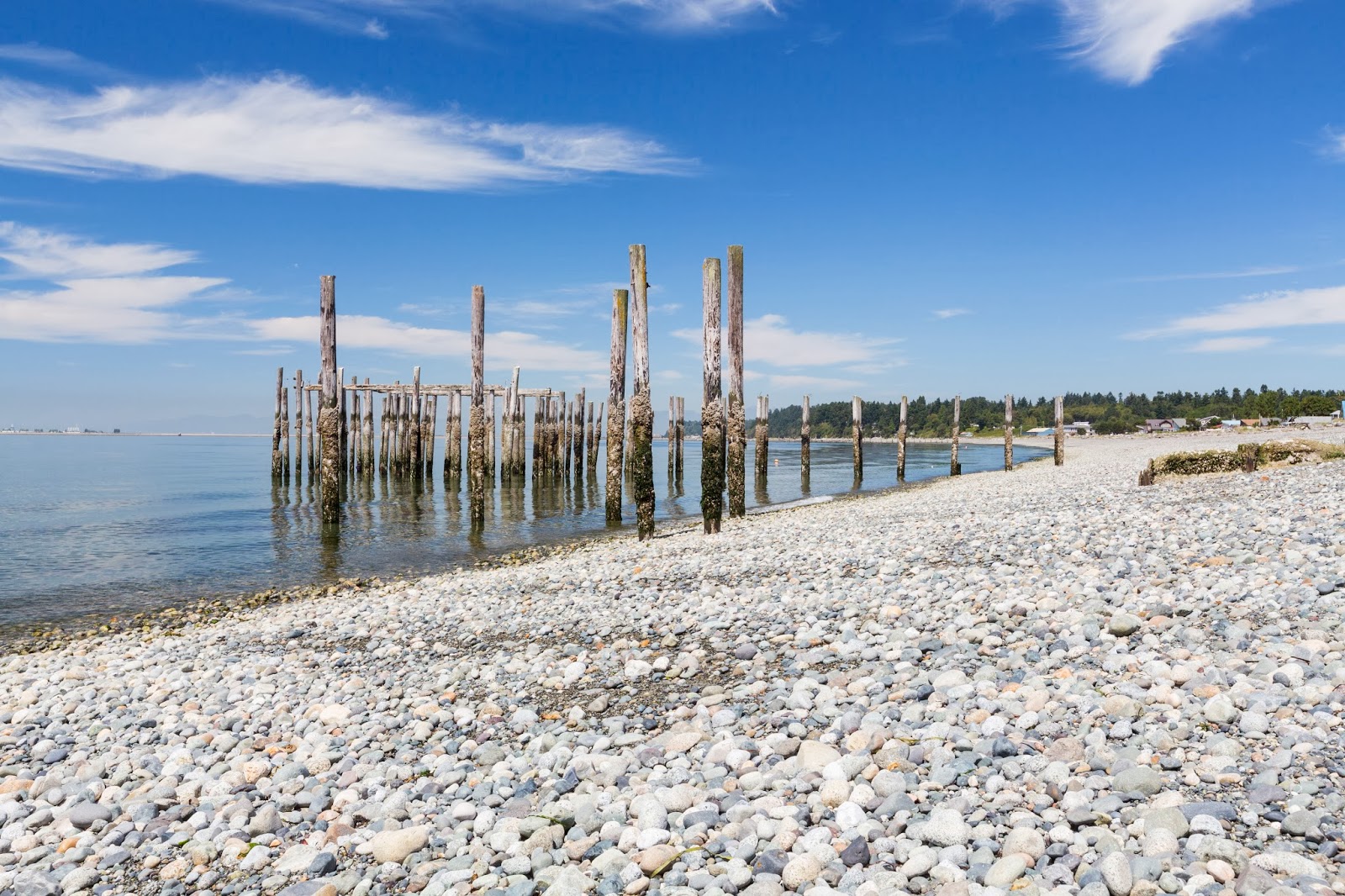 Some giant poles in the ocean. I thought they made a very good photographic subject, so here is a shot of it. Many of my followers on Google+ liked this shot.
Approximate GPS location (type into Google) according to the Canon GP-E2 GPS Receiver: 48 58 28 N 123 05 05 W 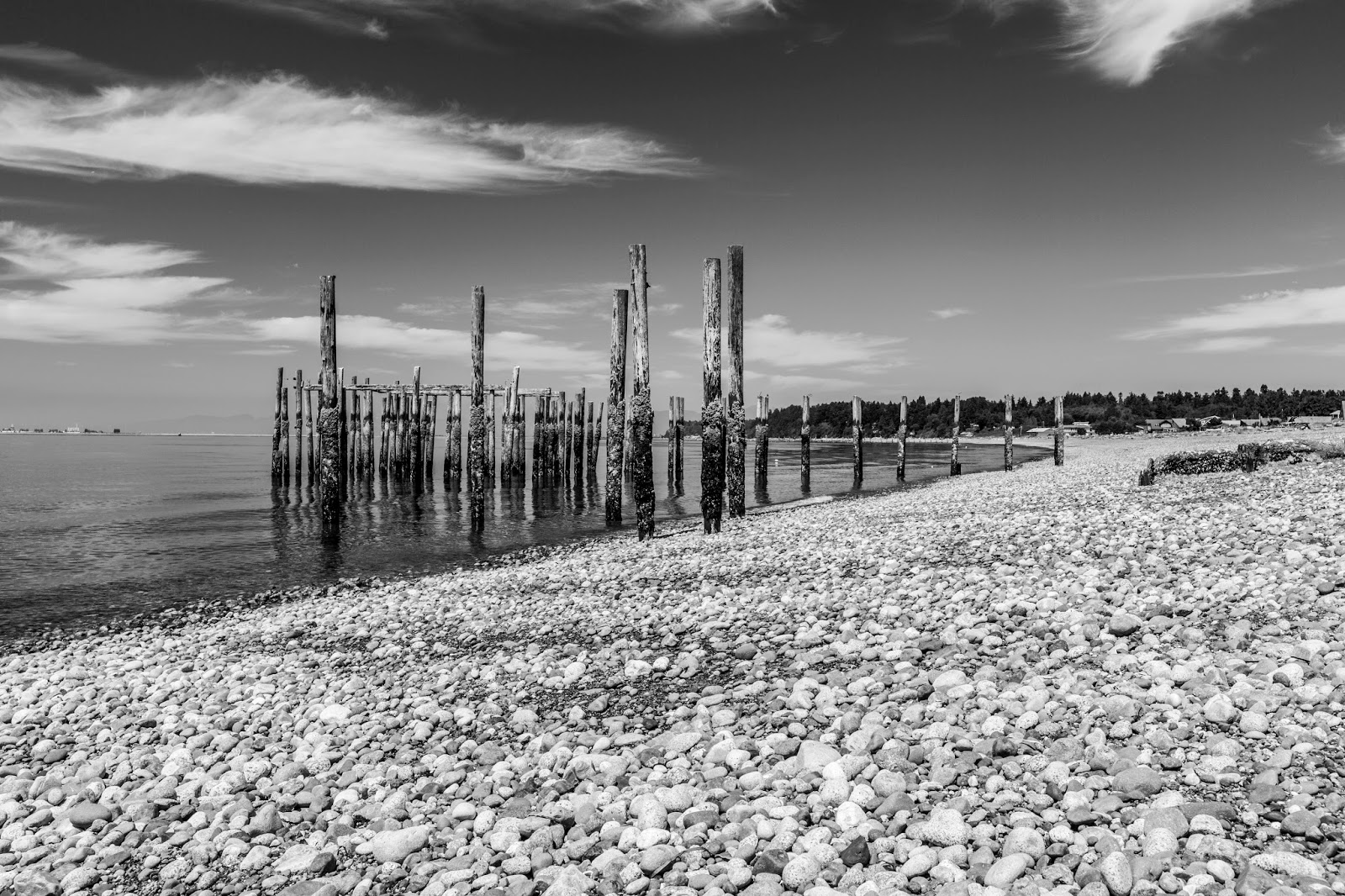 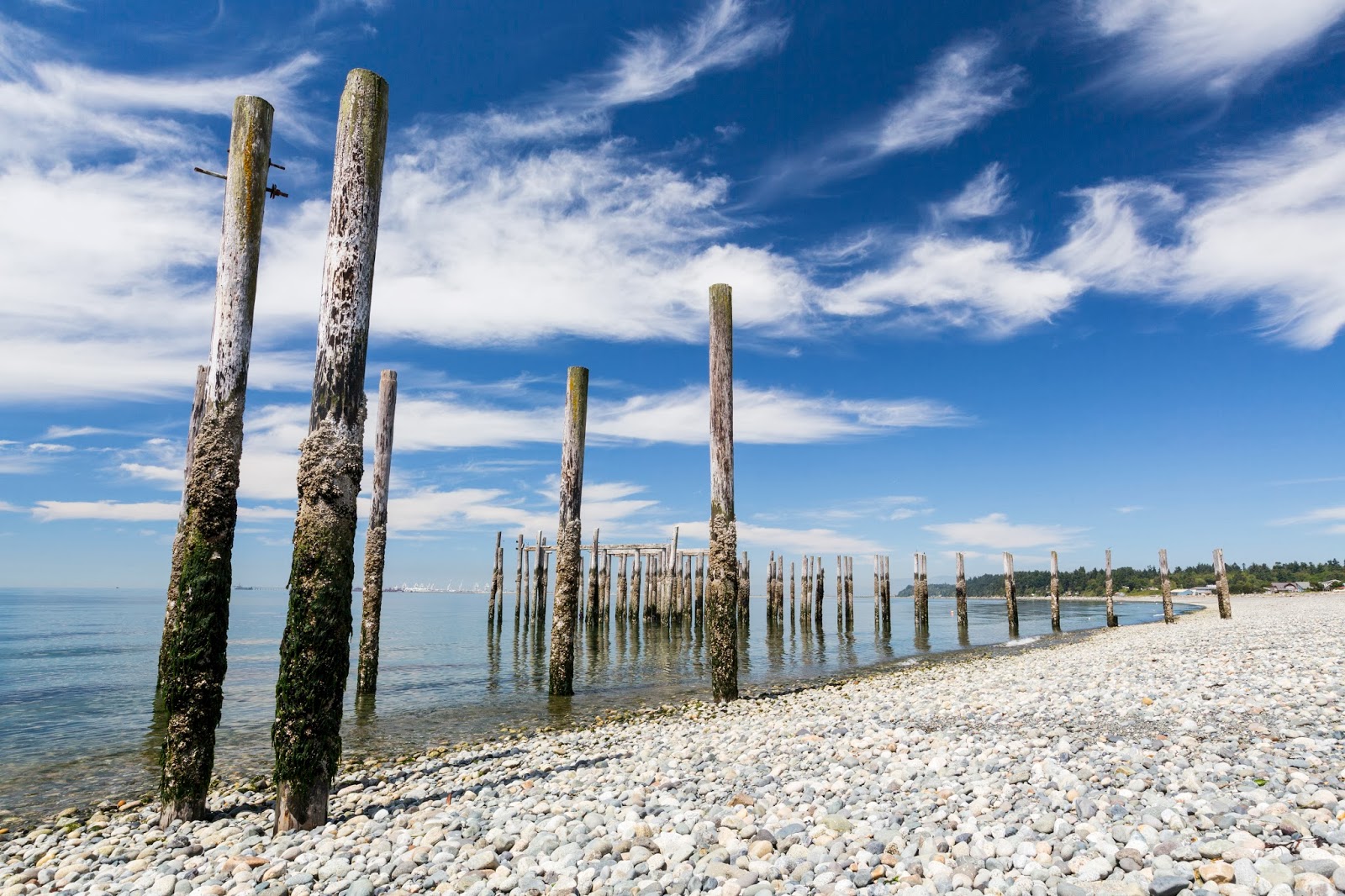 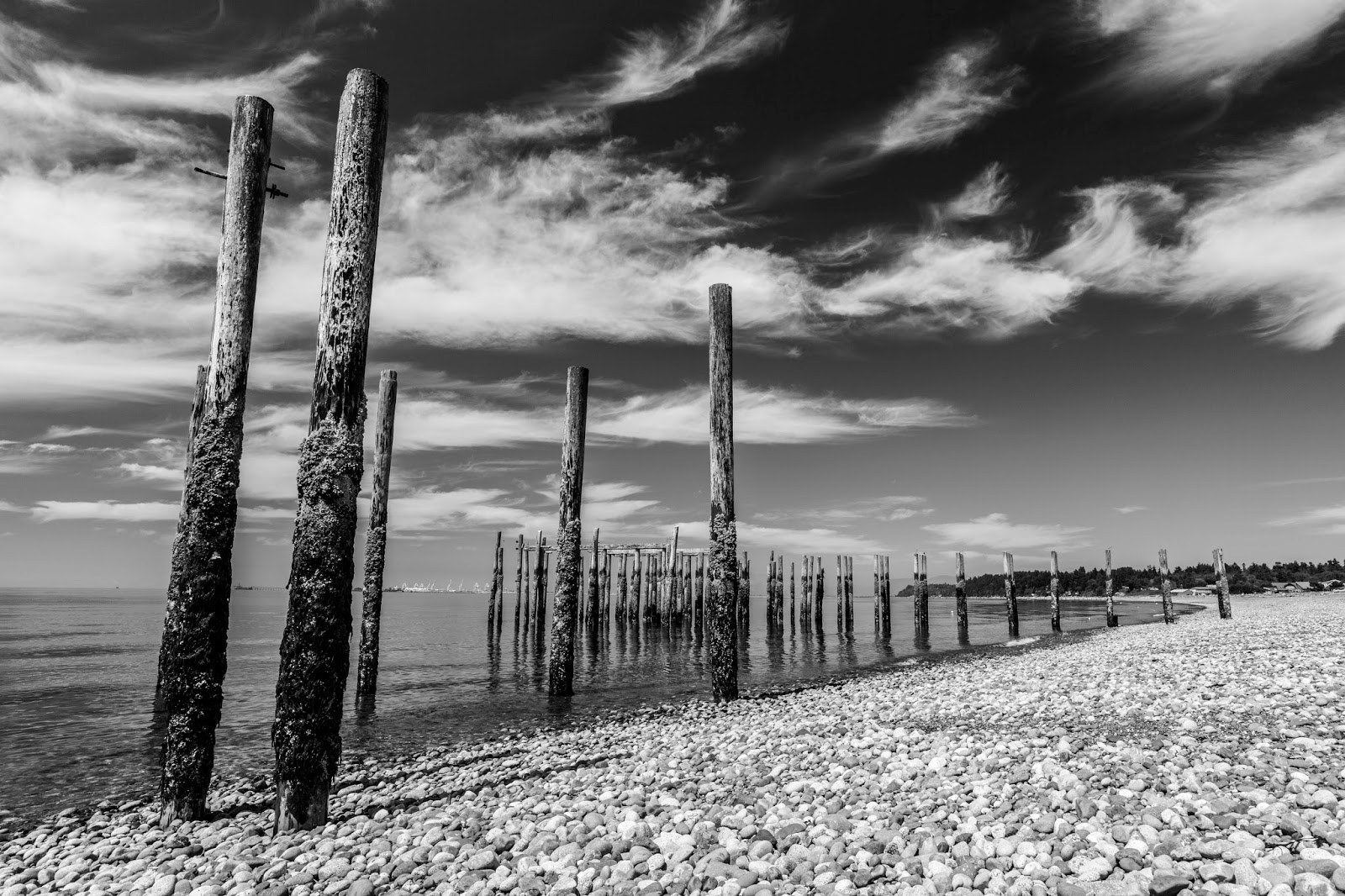 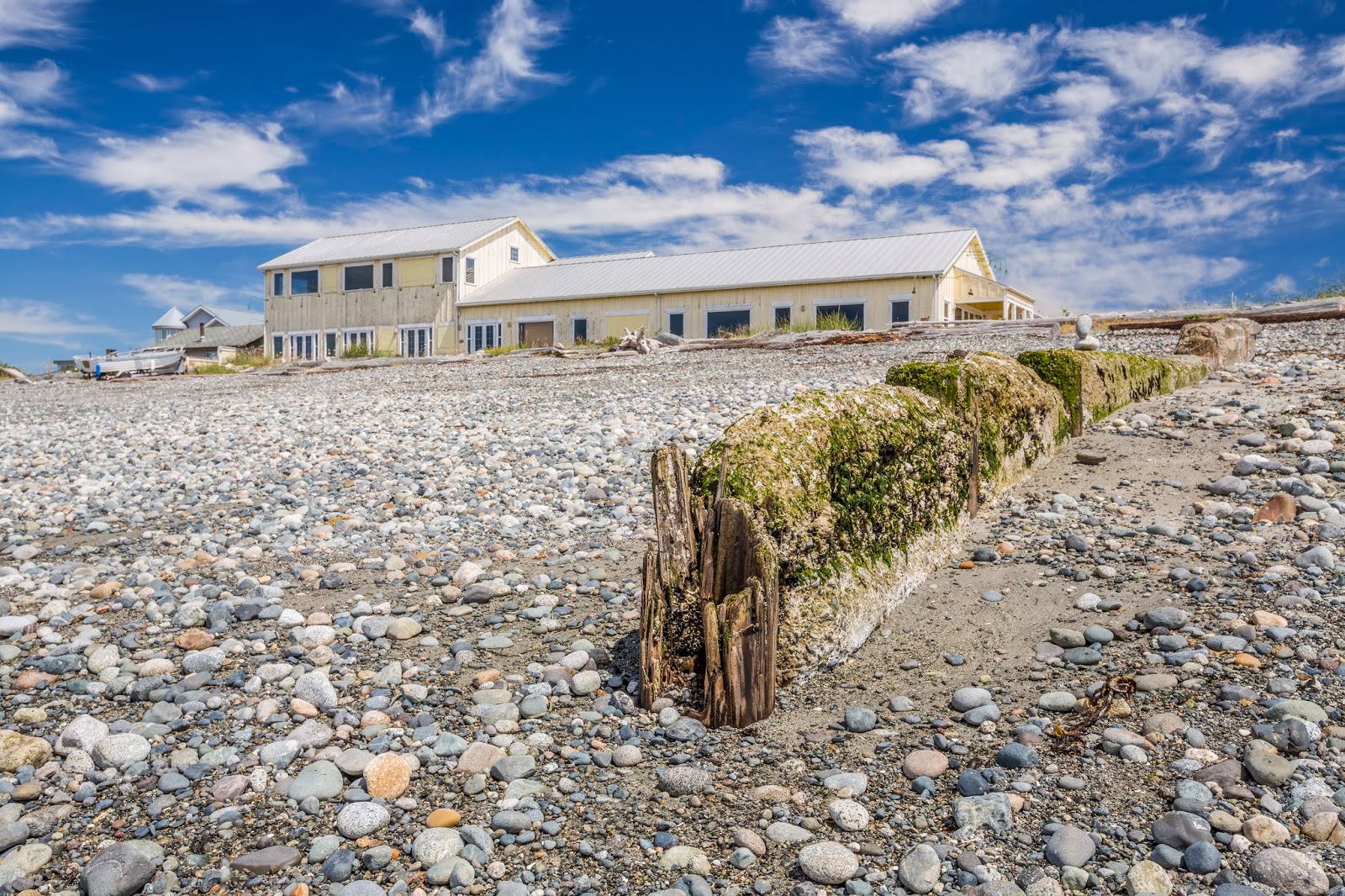 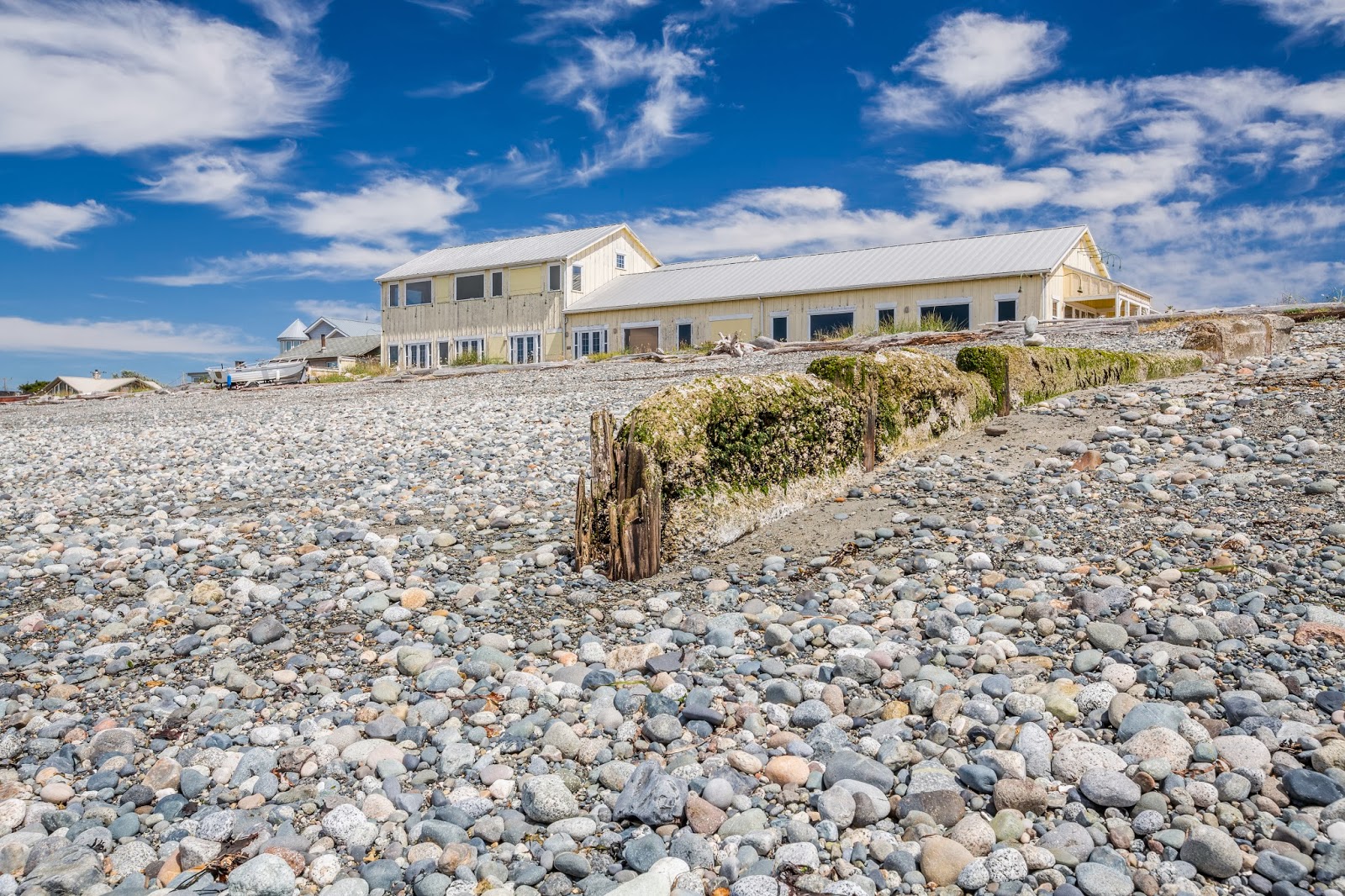 I took several photos of this house. After taking that first shot, I picked up my camera and tripod and walked away for other shots, however closer inspection on the camera revealed my camera's focus was a bit off for the first shot. I tried to find the same angle I shot it at, but I couldn't... The angle on the first one was the best in my opinion. 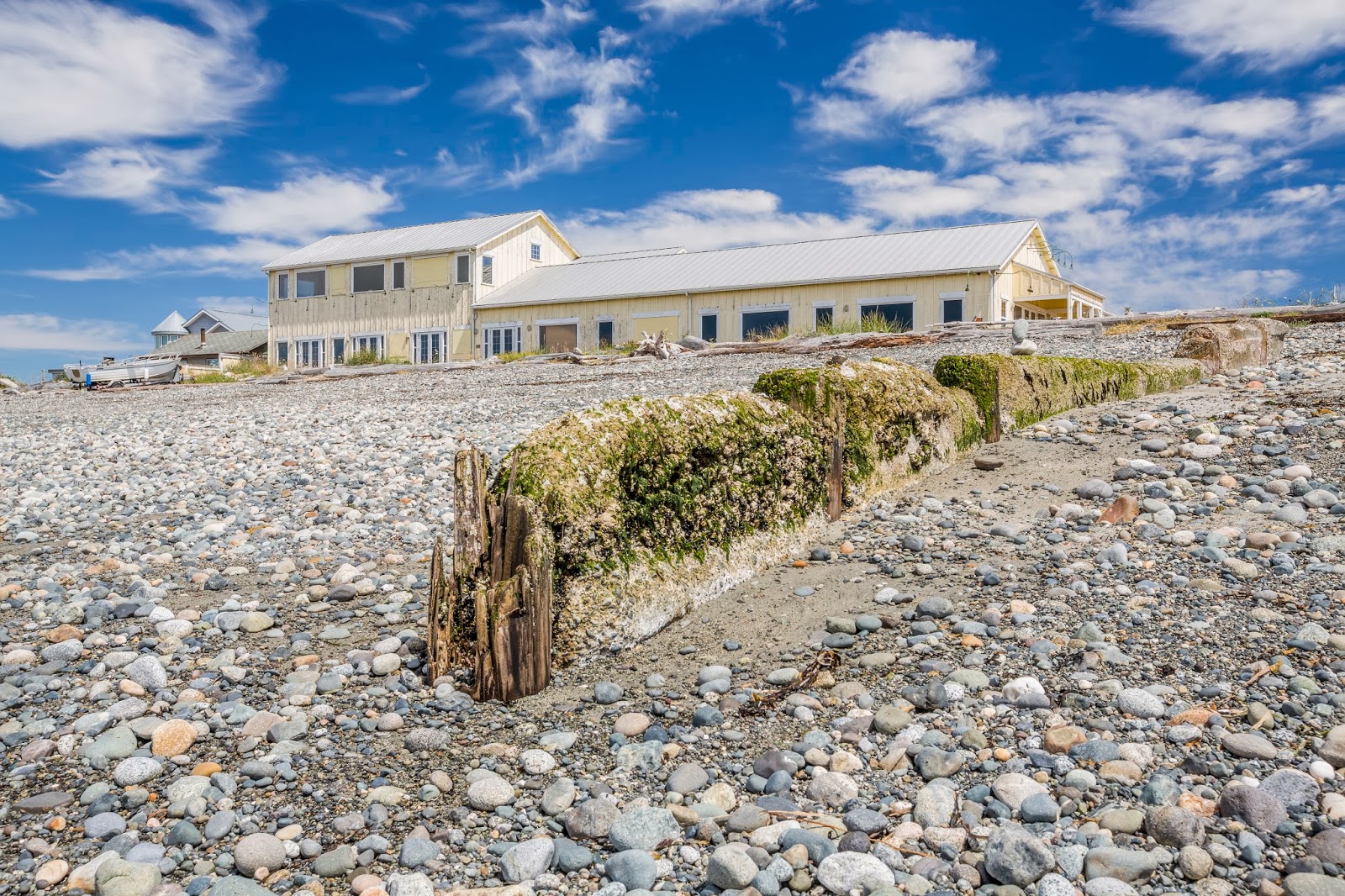 Another HDR composition of that house. 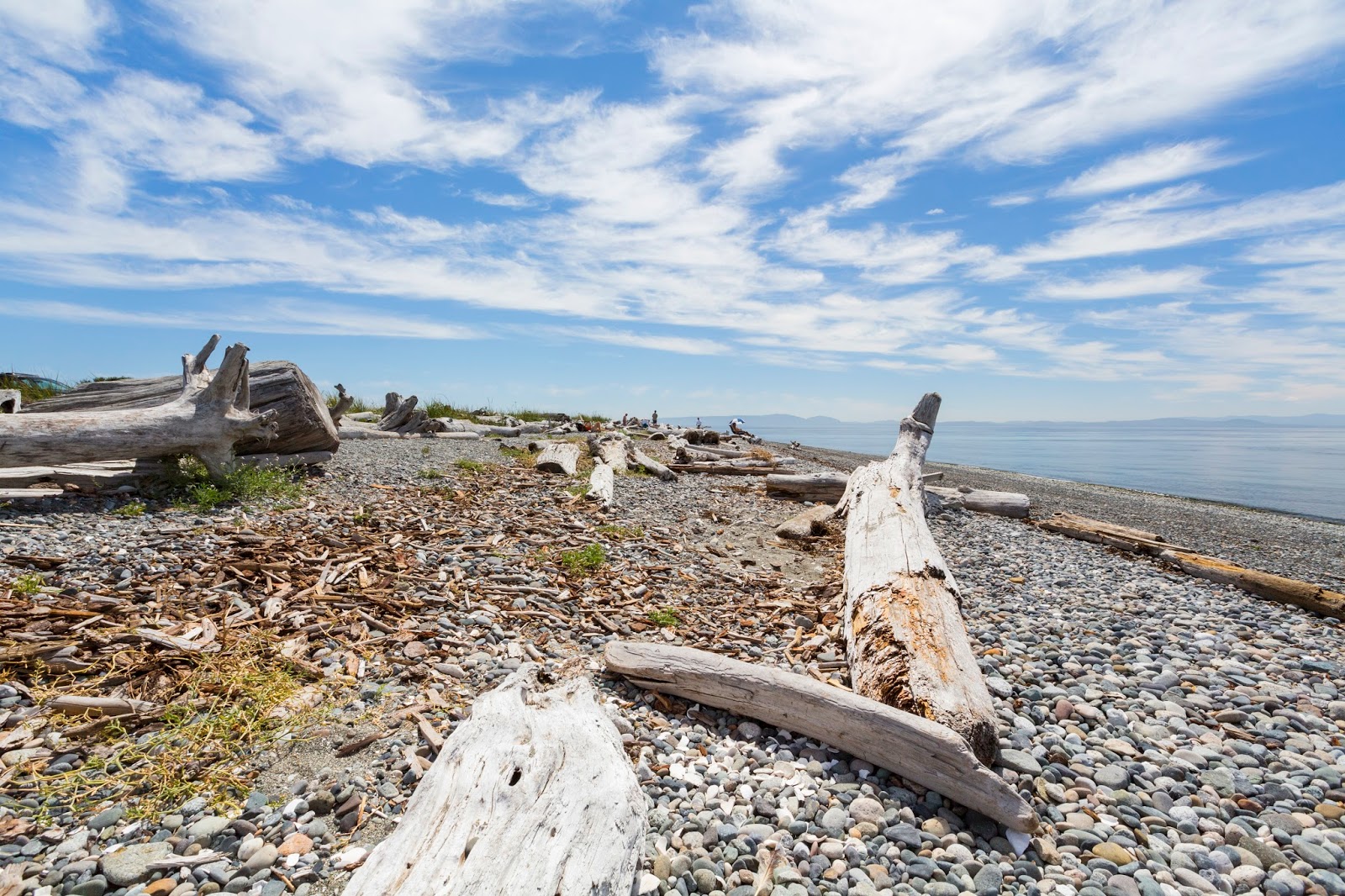 Walking further into the beach, there was quite a lot of driftwood on the beach.
Approximate GPS location (type into Google) according to the Canon GP-E2 GPS Receiver: 48 58 25 N 123 05 05 W 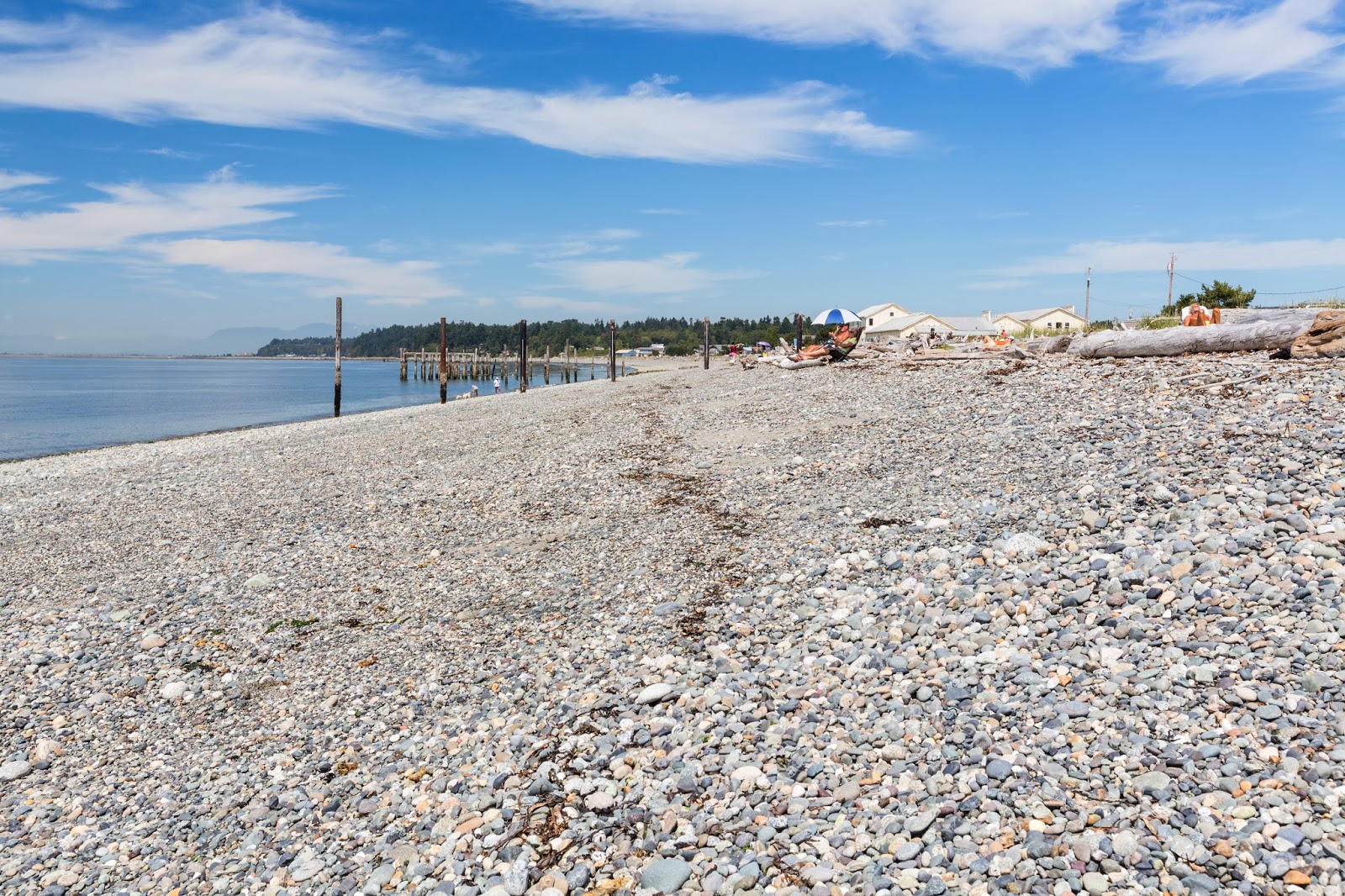 Another photo of the beach, which was really a shore filled with lots and lots of rocks. Many people sunbathing on the beach...
Approximate GPS location (type into Google) according to the Canon GP-E2 GPS Receiver: 48 58 23 N 123 05 06 W

These are all the photos for today. I hope you have enjoyed them. Next time I will show the rest of my photos from Point Roberts, WA. Please don't forget to share with your friends and family members! Also, if you want to get notifications when I post up more photos, "Like" us on Facebook or follow me on Twitter and Google+. These links can also be found on the top of the right sidebar.