So today, I headed over to Westfield Valleyfair in San Jose, CA. So the new Microsoft Store opened up across from the Apple Store... ROFL (Directly across from the Apple Store, I mean it...) Well anyways, to my surprise, they were passing out free Microsoft T-shirts and Joe Jonas (Jonas Brothers) was giving the first 200 people autographs. I missed that... :( But, here are some pictures of the new Microsoft Store! 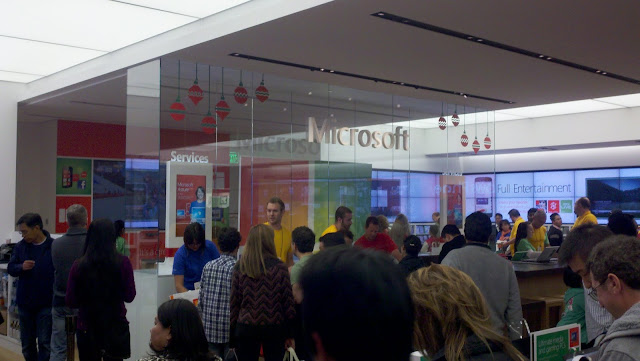 What was in the store... A lot of stuff was on demo and sale in the store! I guess what I liked the best about today is I got to try out the Windows Phone. It didn't suck as much as I thought it was. It was really easy to use and I love the design. 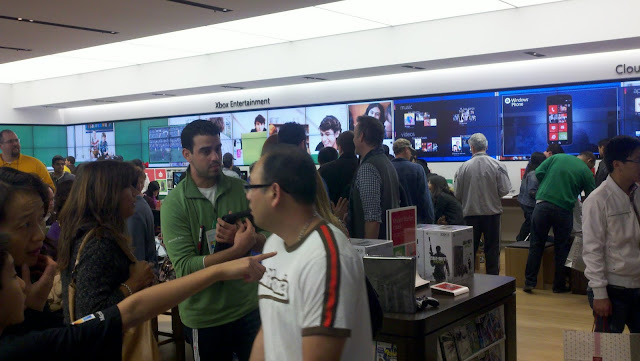 Other stuff in the store included the Amazon Kindle, Xbox Kinect demos, some tablet PCs, and a lot of other stuff! The store was crowded today! Today was probably the opening day or something. So many people was in the store checking out stuff. 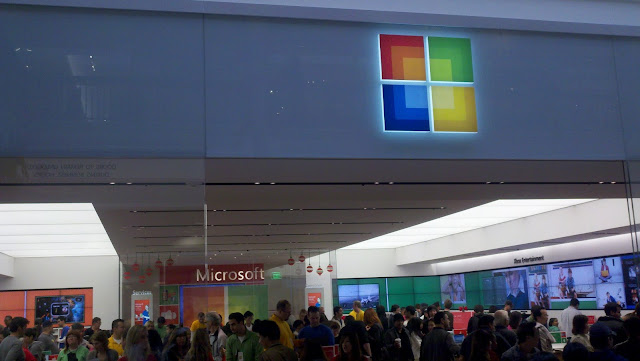 So anyways they were giving out free Microsoft t-shirts today too! It says "I'm a PC" and there is a Windows logo on the sleeve. You can see a picture of it at the end of this blog post. LOL Keep going down. 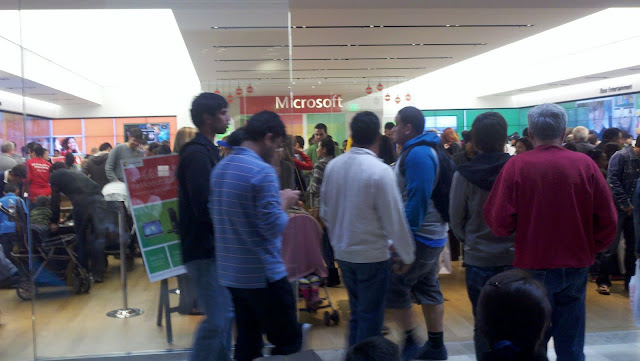 Yeah, you would be surprised at how fast the t-shirts went. Everyone was taking a handful. For me, I got like 7 t-shirts for me and my friends who wasn't there. HAHA Seriously 100 t-shirts went away in like 5 minutes... But they had more coming. Which was great... 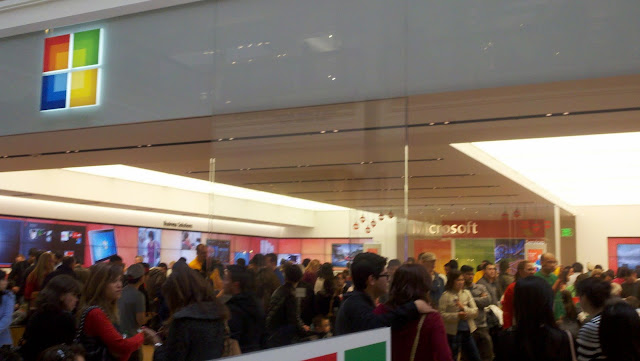 Anyways, the Microsoft Store was not the only thing I did today. I went to the Apple Store across from it to ask about the 1st Gen iPod Nano recalls... You can read more about that here. Let me summarize what went down when I asked them the question.


Me: Excuse me, I have a few questions about the iPod nano recall.
Sales Associate: What recall? We don't know anything about a recall.

I am serious... In my head I was like WTF? ARE YOU GUYS SERIOUS? LOL Well anyways here is a picture of the t-shirt they were passing out. 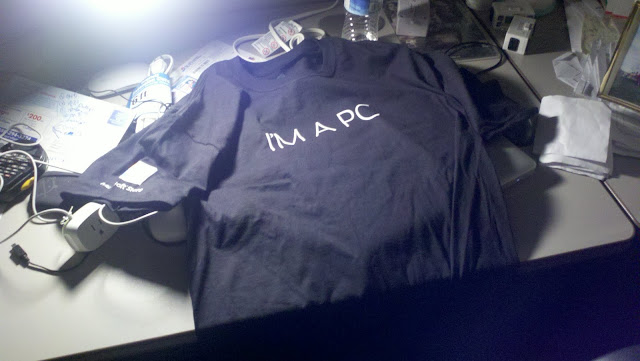 Well so yeah, there was a change in plans. I was not expecting an event like this today, or else I would have posted bird pictures like I said last time. Hope you enjoyed viewing this blog post! :)
Posted by Sunny Wu at 8:31:00 PM