Today I have part 3 of Lava Beds National Monument. Lava Beds National Monument is part of a volcanic system and contains many empty lava tubes (caves) that you can go down and explore. In the park, only one of the caves (Mushpot Cave) is lit. The other caves are pitch dark and will require flashlights to go exploring. The temperature in the caves are very cold, a great place to go on a hot summer day! If you want to explore something you haven't seen before, this is a good place! Just make sure you have a good flashlight. Photographing in the caves was also a very hard. At night, you can work with light from the moon, which will be bright enough if you expose long enough. In the caves, all light have to be created by you! The following cave shots were shot using a very very strong flashlight and my Canon Speedlite 600EX-RT. 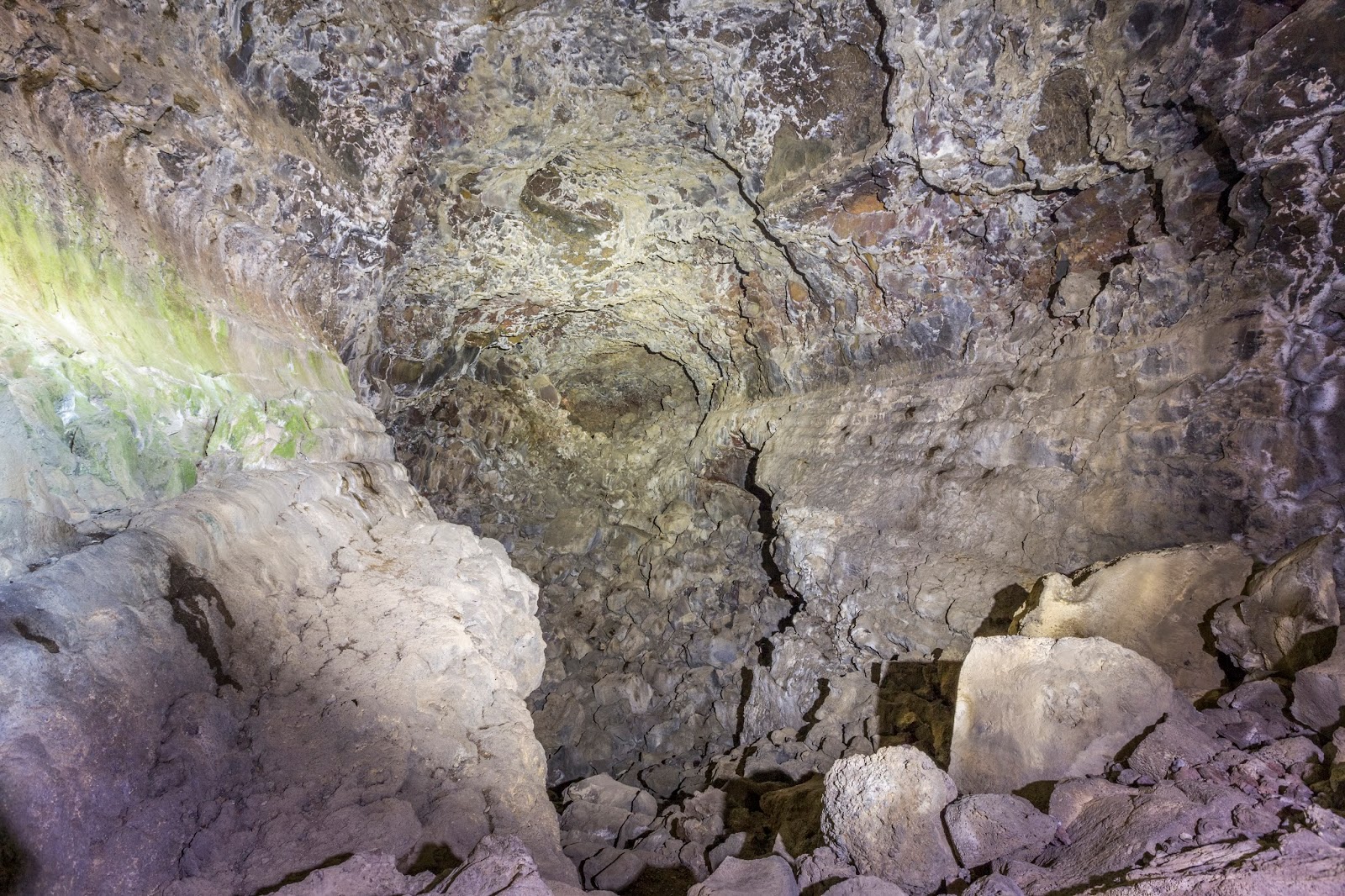 After Valentine Cave, I went to Indian Well Cave. It is named Indian Well Cave because Native Americans  used to go into the cave to collect water. Because the cave is relatively unaffected by outside temperature, there is water in this cave. I only went up to the entrance of the cave as this isn't a "paved" cave and will require caving experience to explore. 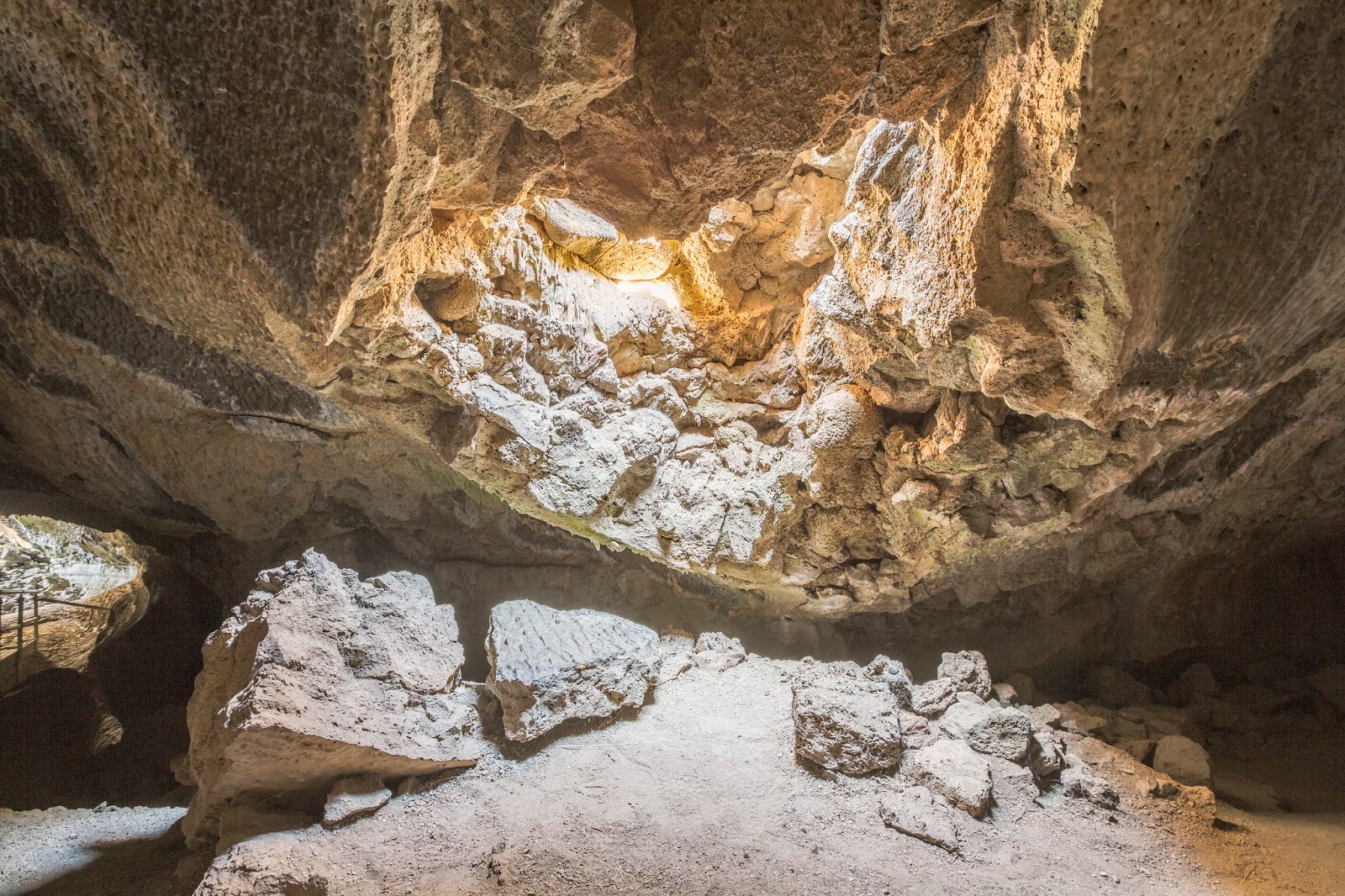 After Indian Well Cave, I went to Sunshine Cave. I think it is named that because in several parts of the cave, there are holes where sunlight can shine through. Here is an HDR composition inside the cave. 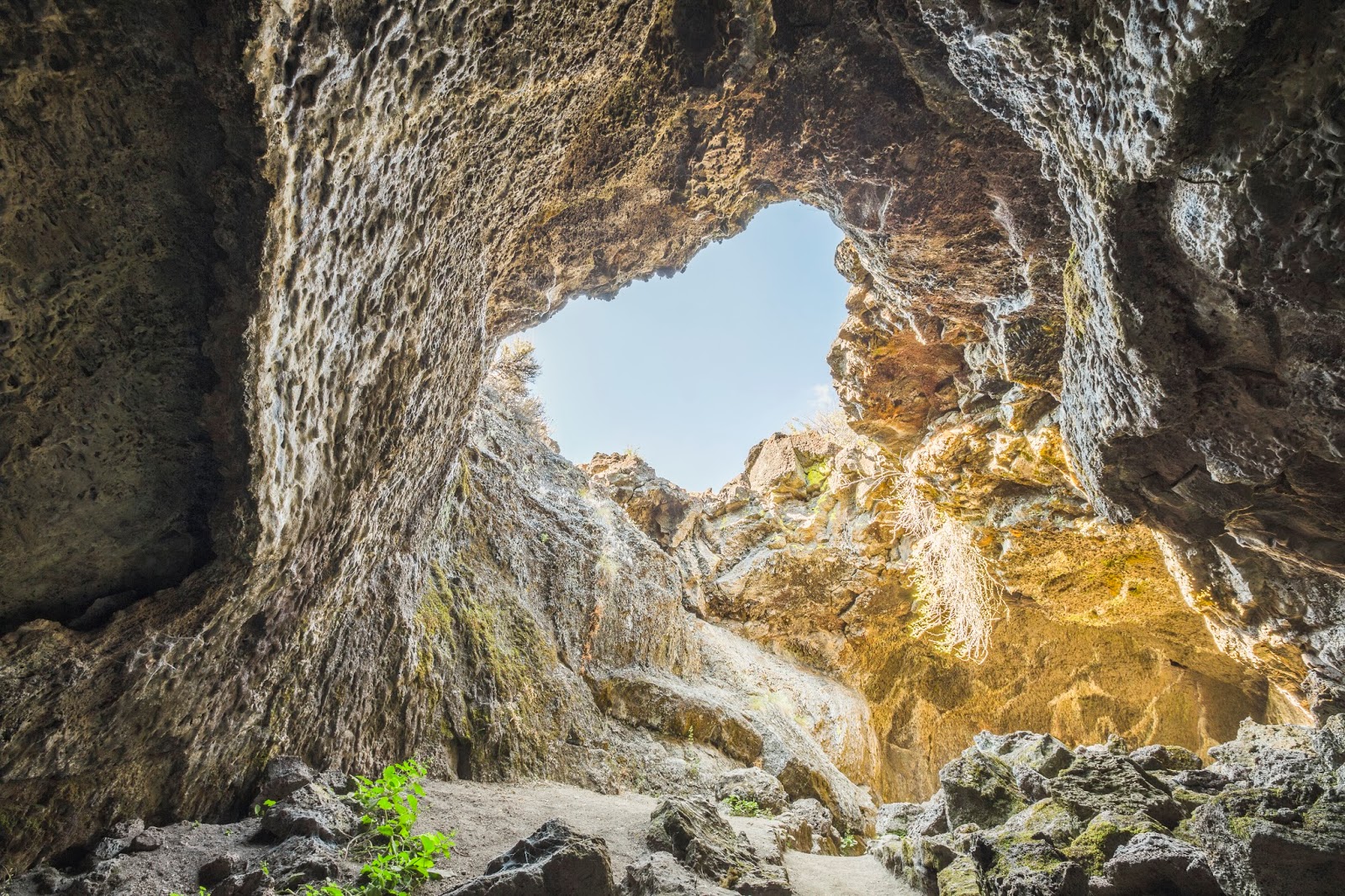 Here is another HDR composition from inside the cave. I didn't head any further down the cave. 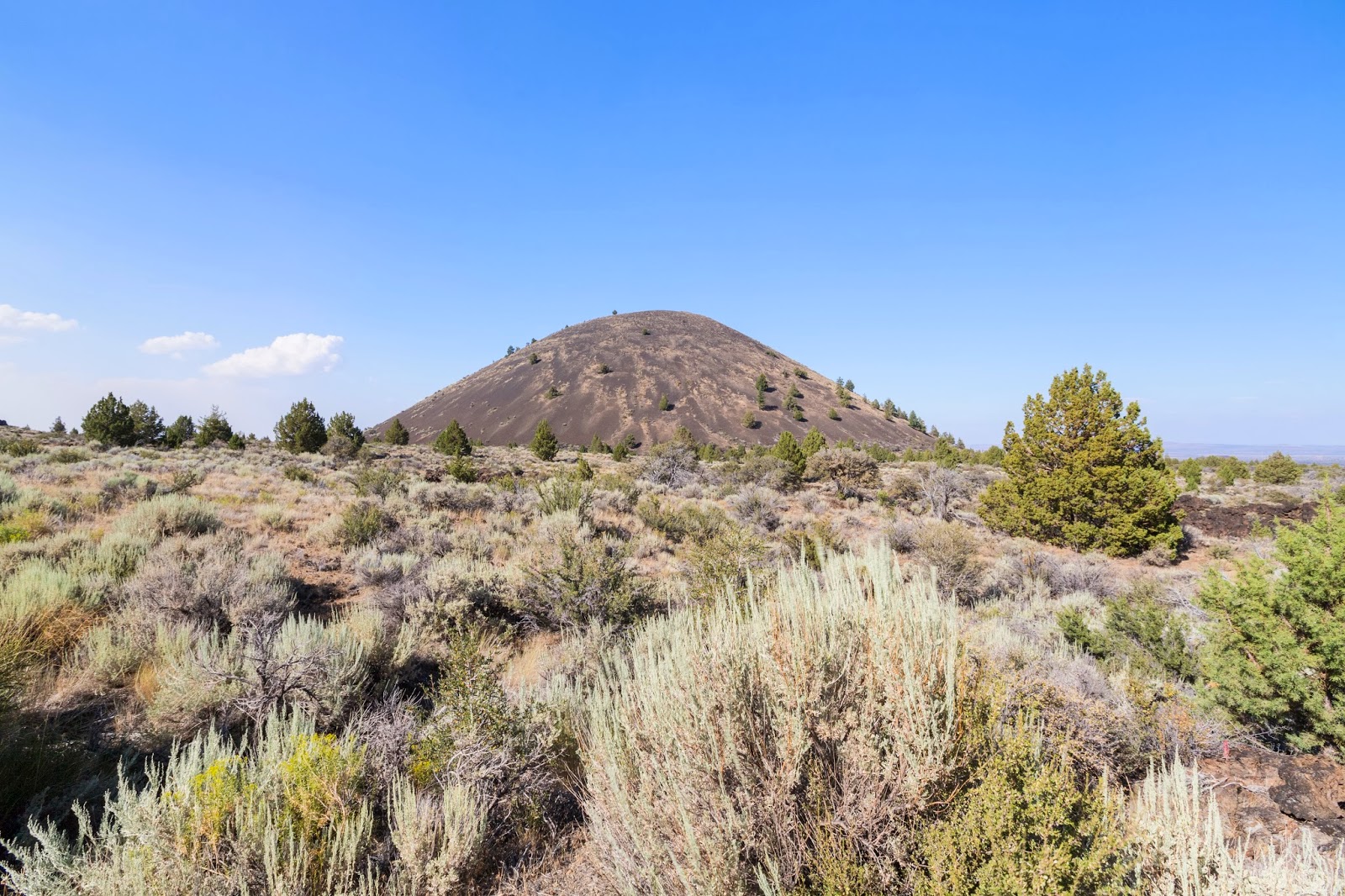 After that, I drove toward Merrill Cave and shot some scenery photos inside the park.
Approximate GPS location (type into Google) according to the Canon GP-E2 GPS Receiver: 41 43 56 N 121 32 02 W 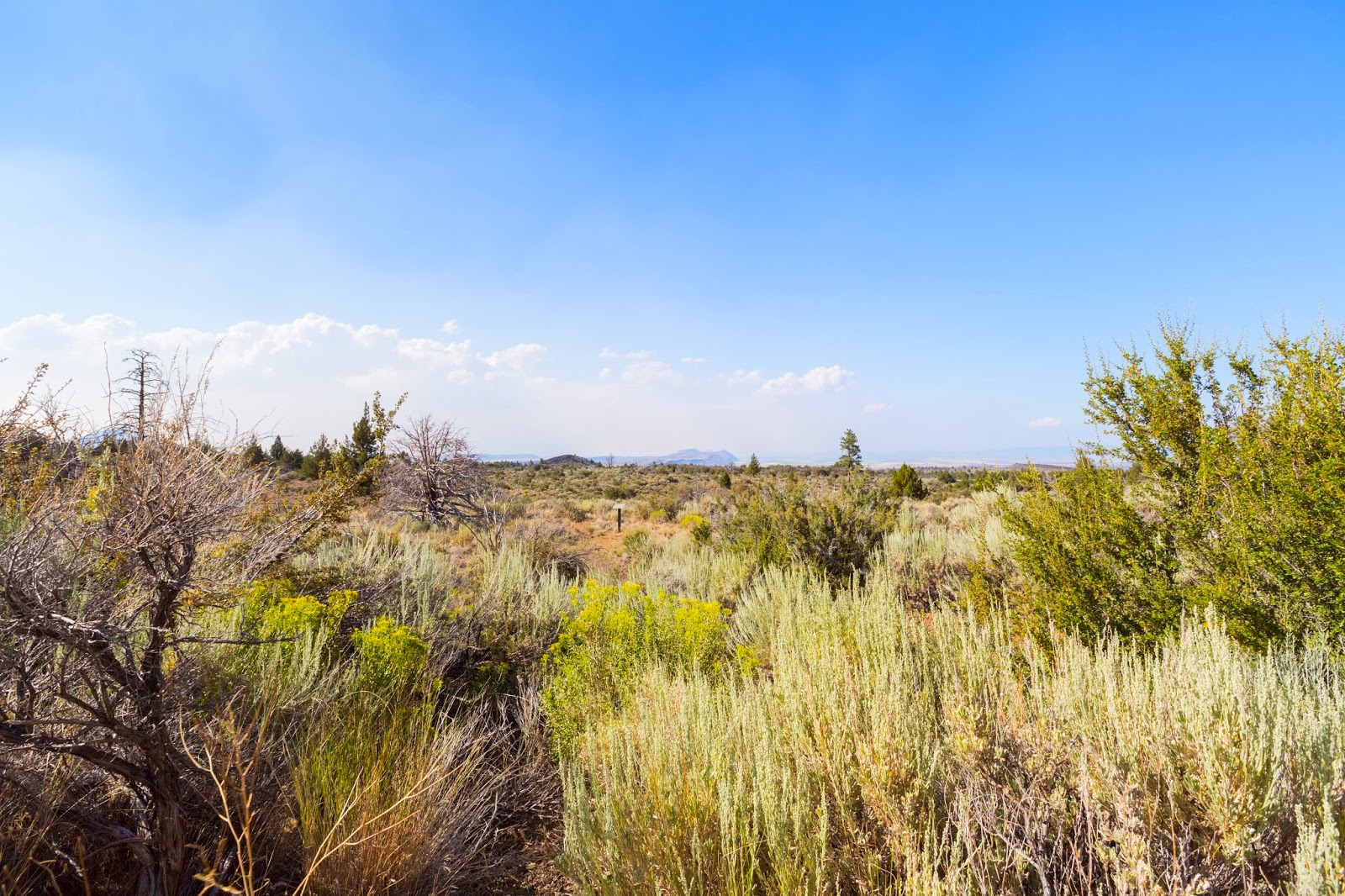 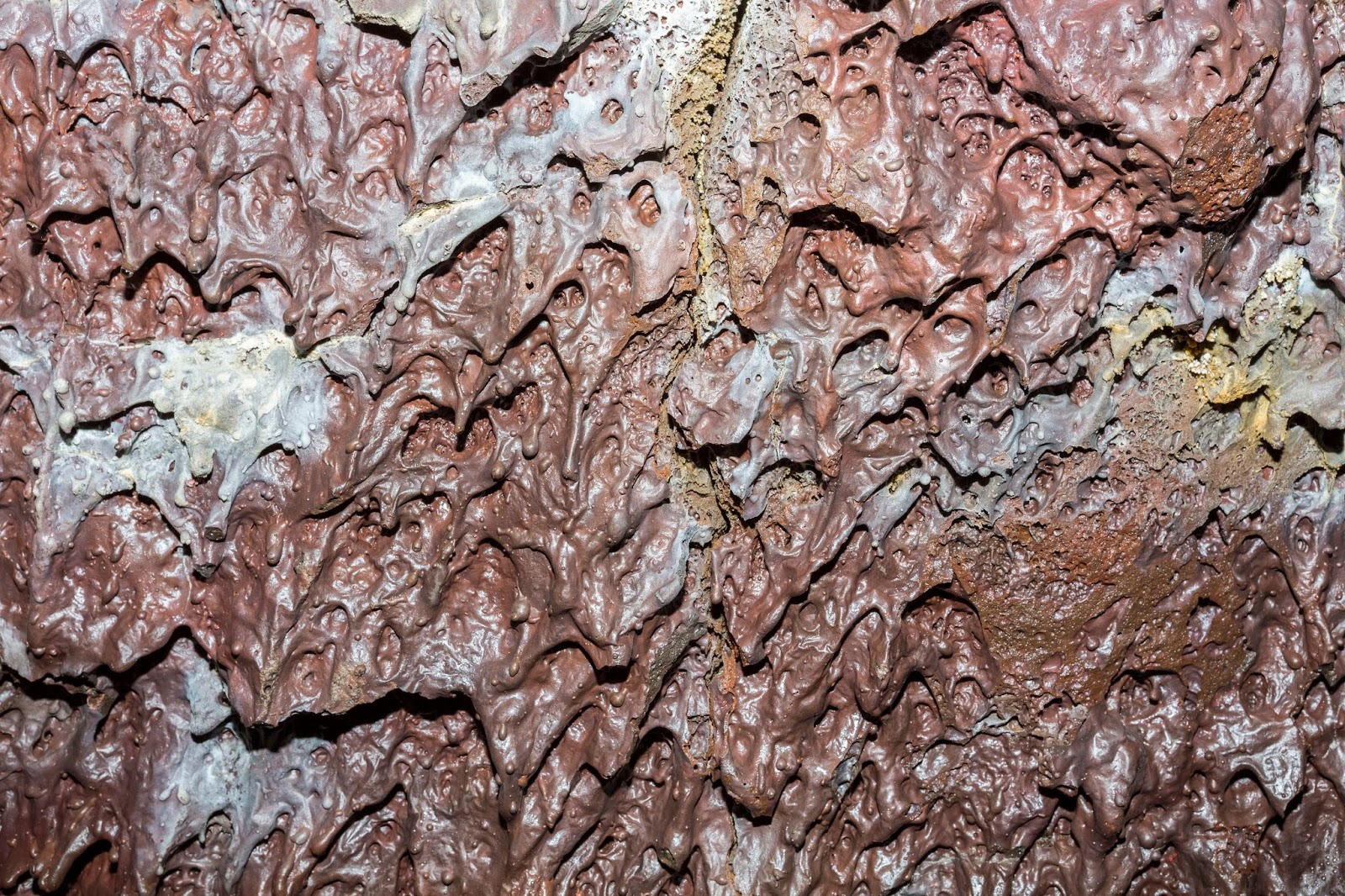 Merrill Cave turned out to be too dark for photos. So after that cave, I went to the nearby James's Giant Chocolate Factory (also a tourist destination). This is their giant chocolate falls.... No I am just joking. :) This is a photo from Merrill Cave and this is the cave top. Not sure why it is the color of chocolate. Munching on a piece would be a totally different experience. HAHA 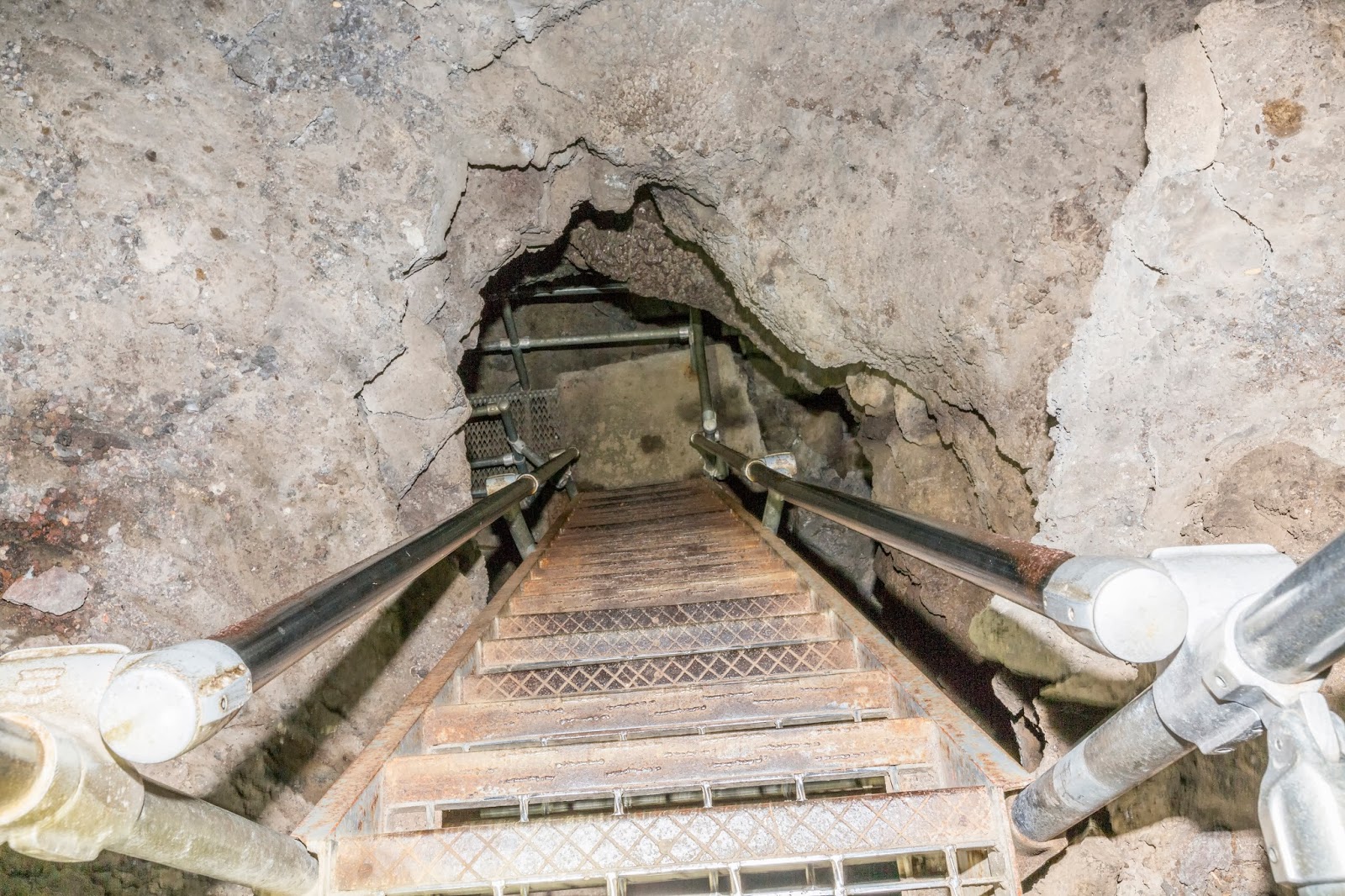 Stairway leading down tho the end of the trail into the Lava Tube. Climbing down these stairs was a bit scary, and I got squished a bit with my giant camera bag on my back, but I managed. The hand holds were also freezing cold. If you plan on visiting this cave, I recommend you got down these stairs backwards as they are pretty steep. 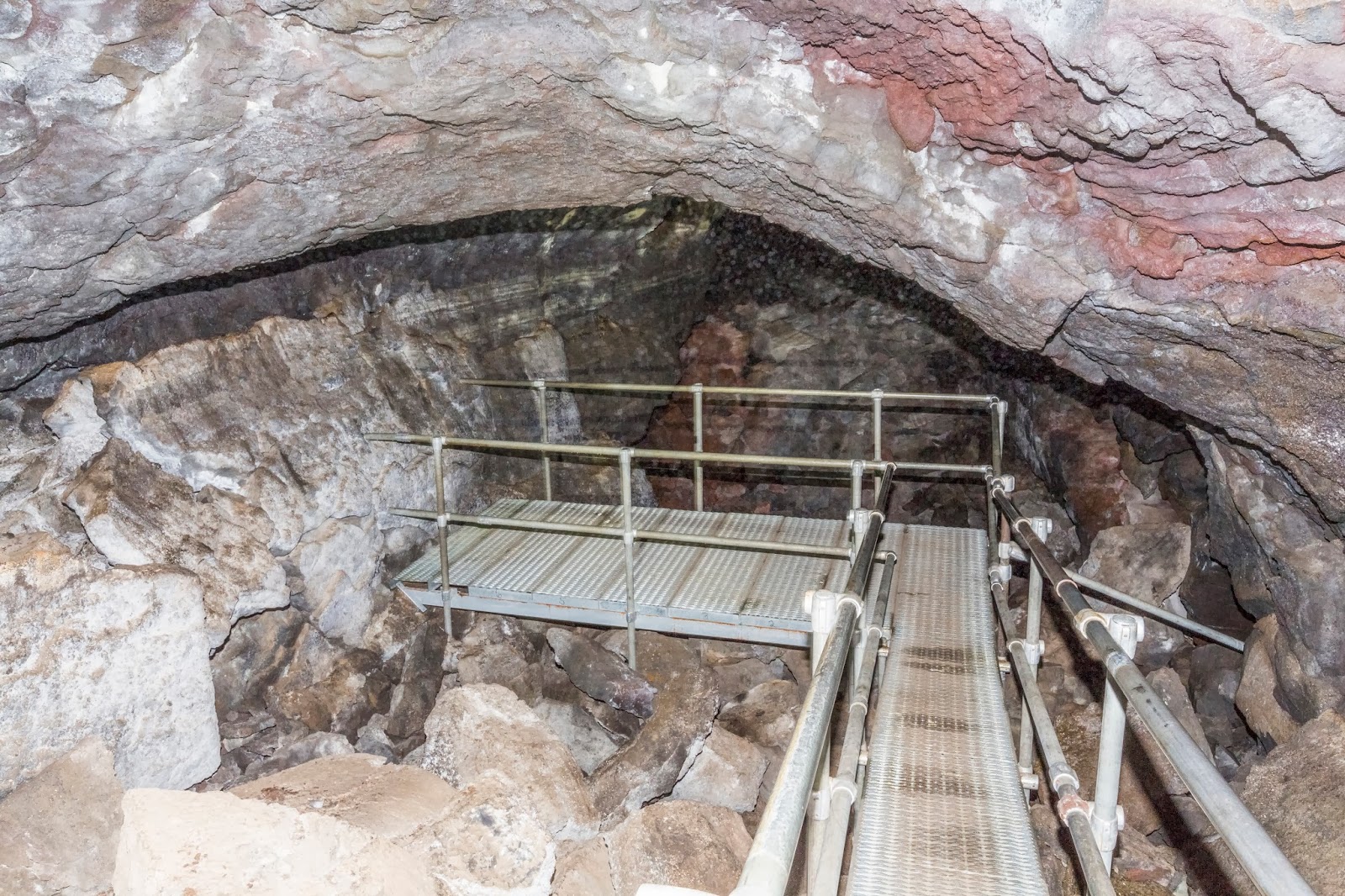 This is what the end of the trail looked like. 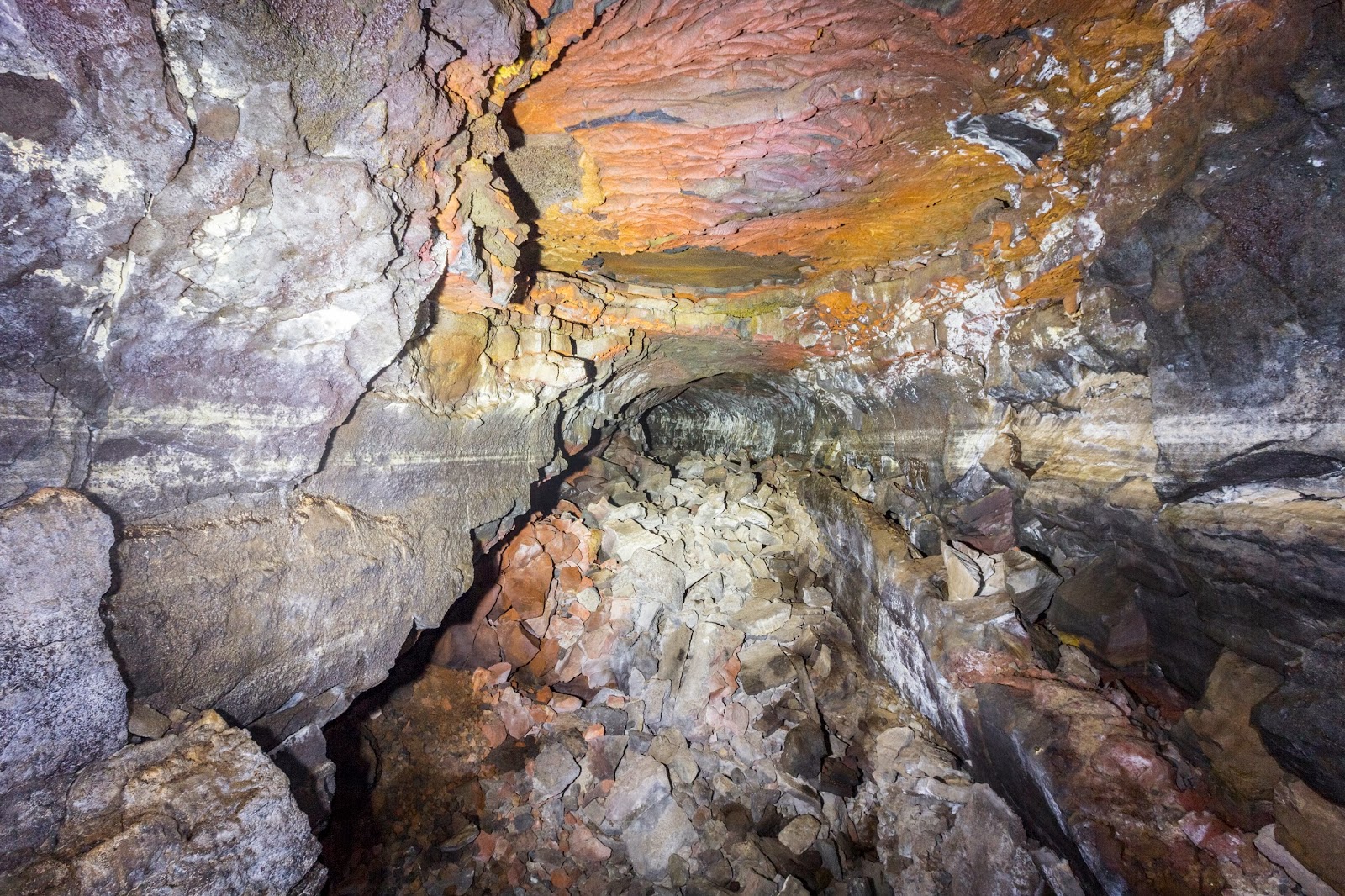 The lava tube continues far but the trail ends here. The colors you see on the top is what I suspect to be the hydrophobic bacteria the park rangers told me about. 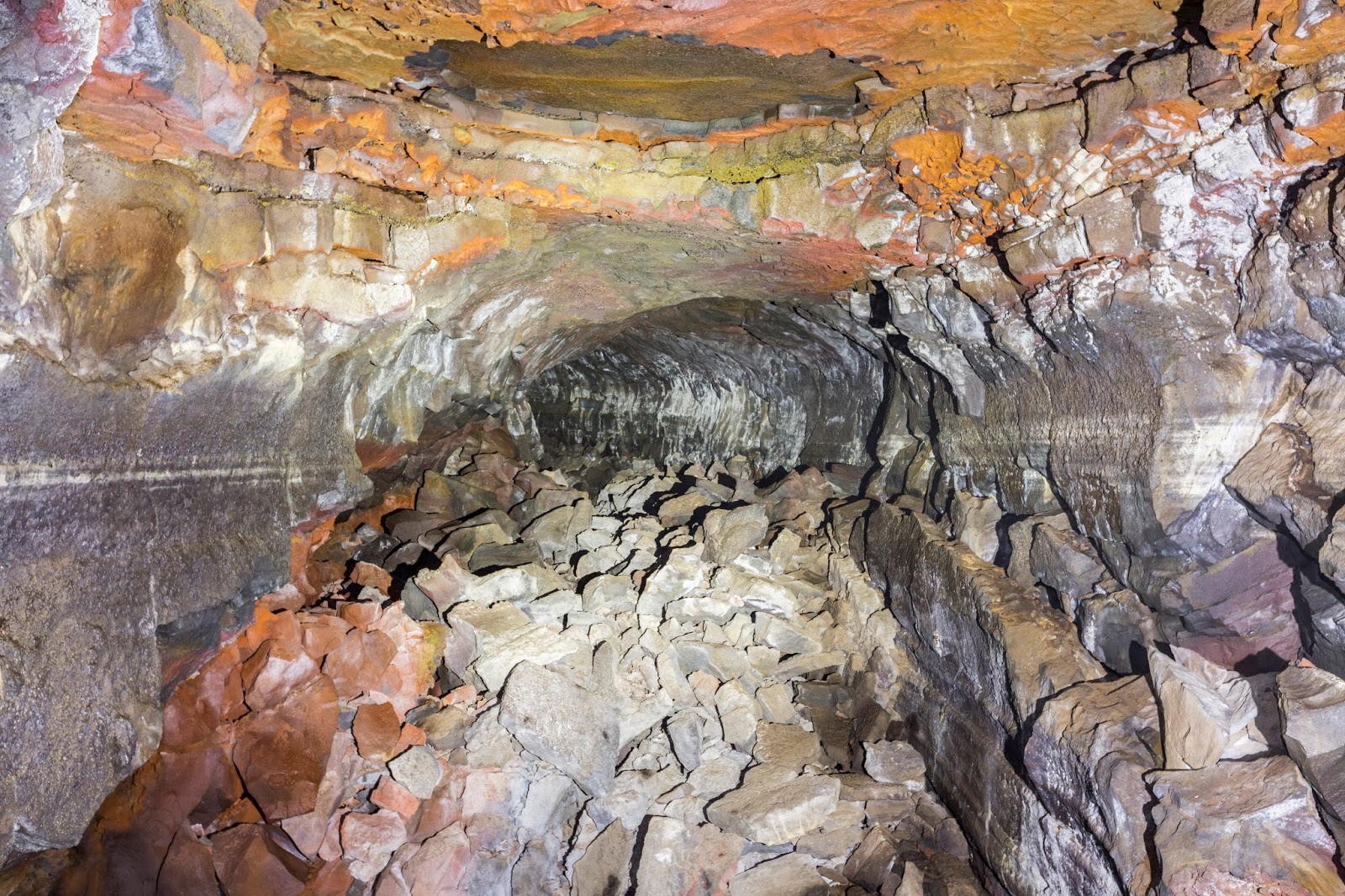 Another zoomed in shot from the end of the trail. Part of me really wanted to go deeper and explore more. :) Also, don't let these long exposures fool you. The cave was a lot darker to the naked eye. I saw more from my photos than when I was there seeing the cave with my naked eyes. 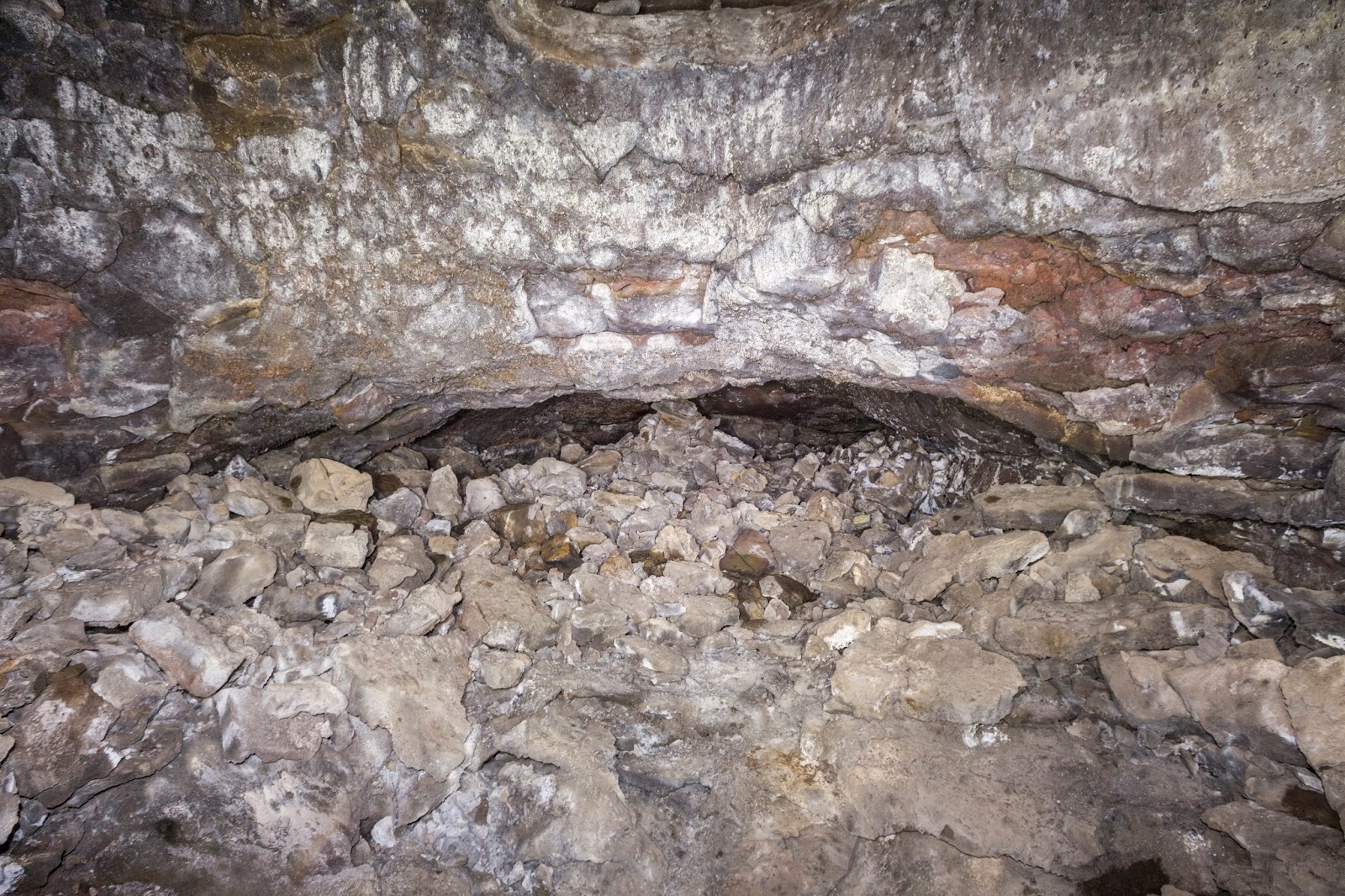 More photos from inside Merrill Cave. 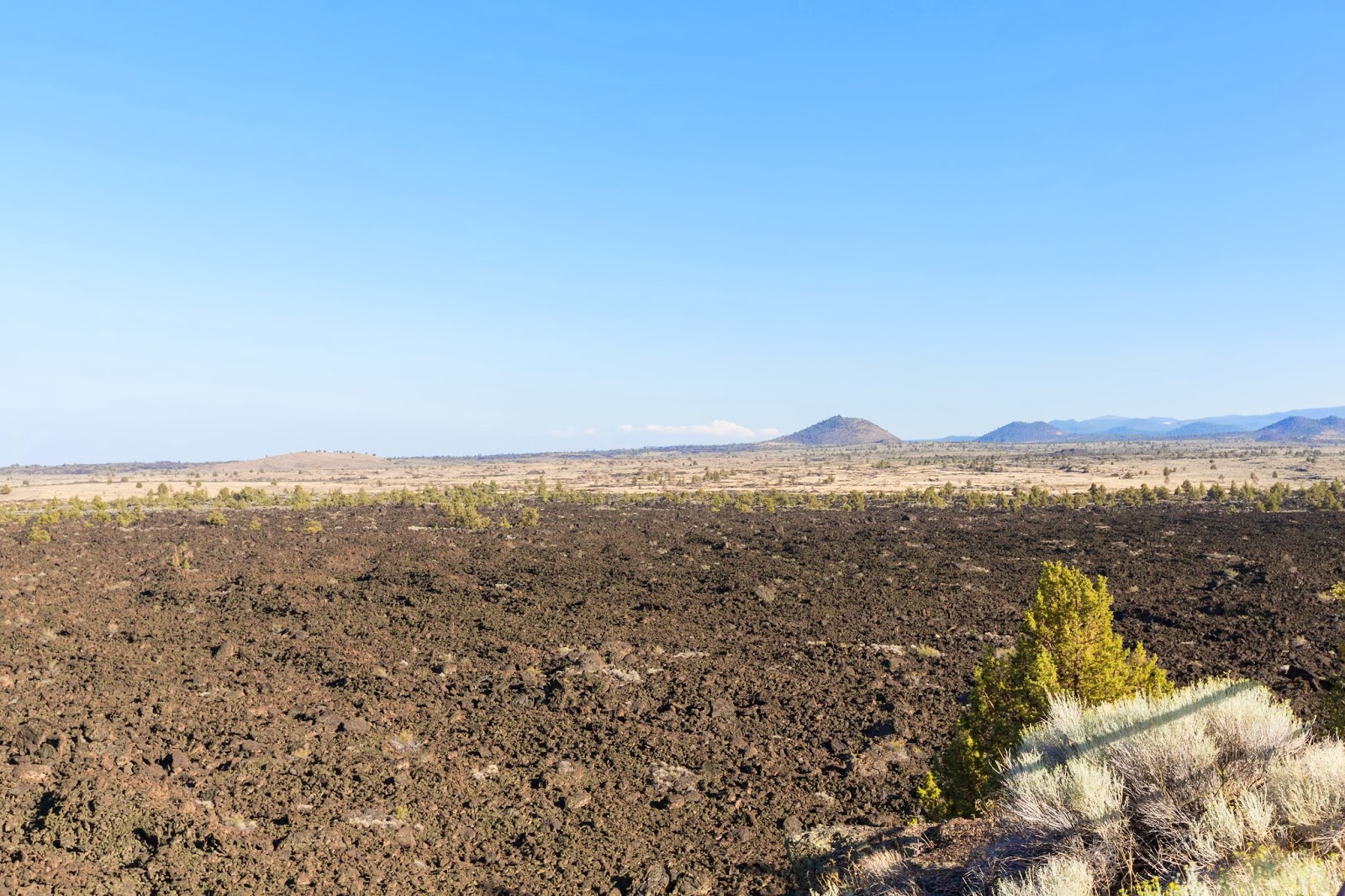 By almost the end of the day, most of the smoke has cleared out from the Lava Beds National Monument area. I decided to head back to Devil's Homestead Flow for another photo before I head to the Petroglyph Section of the park.
Approximate GPS location (type into Google): 41 47 35 N 121 33 43 W 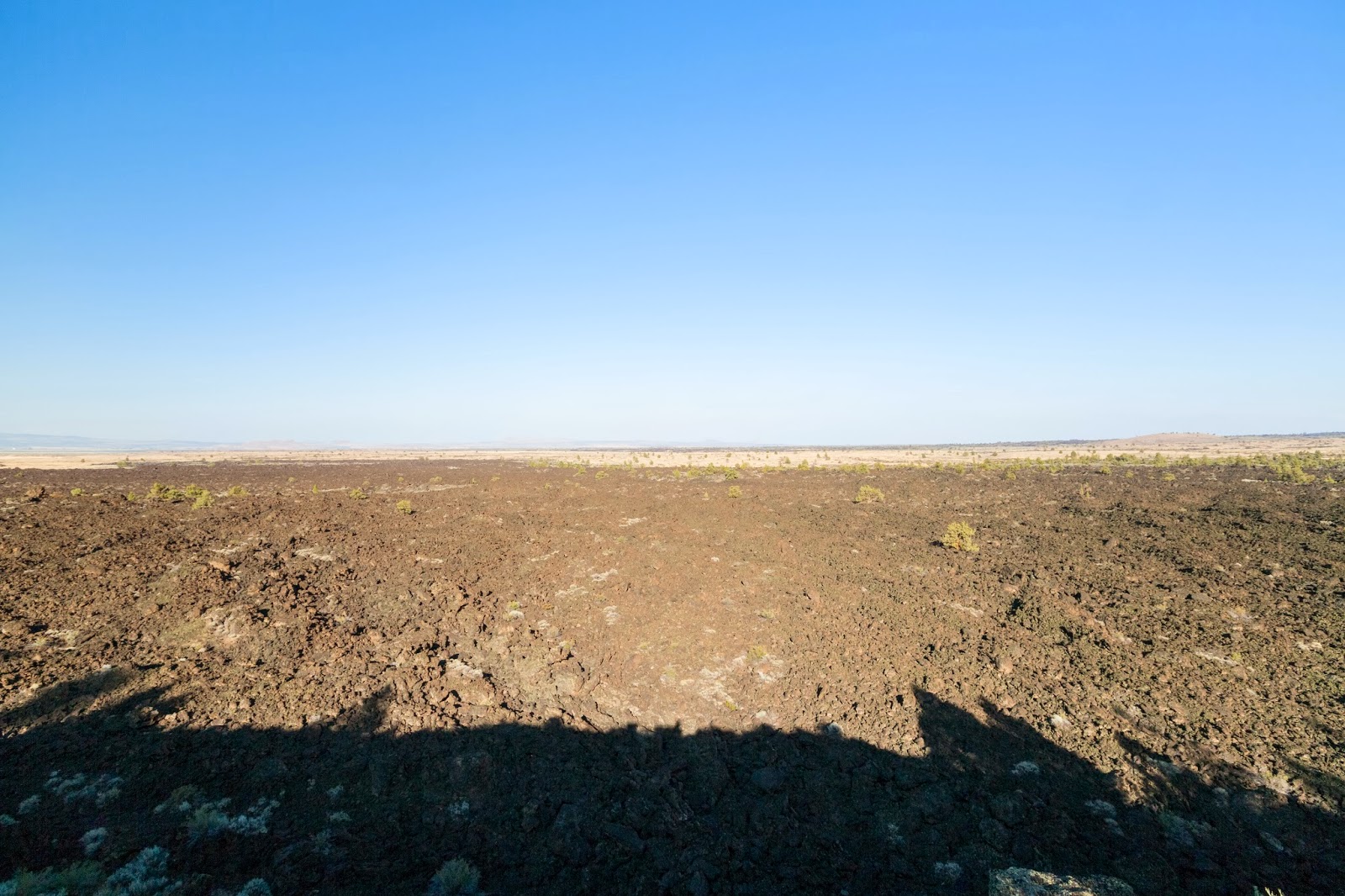 Another shot from a different angle. 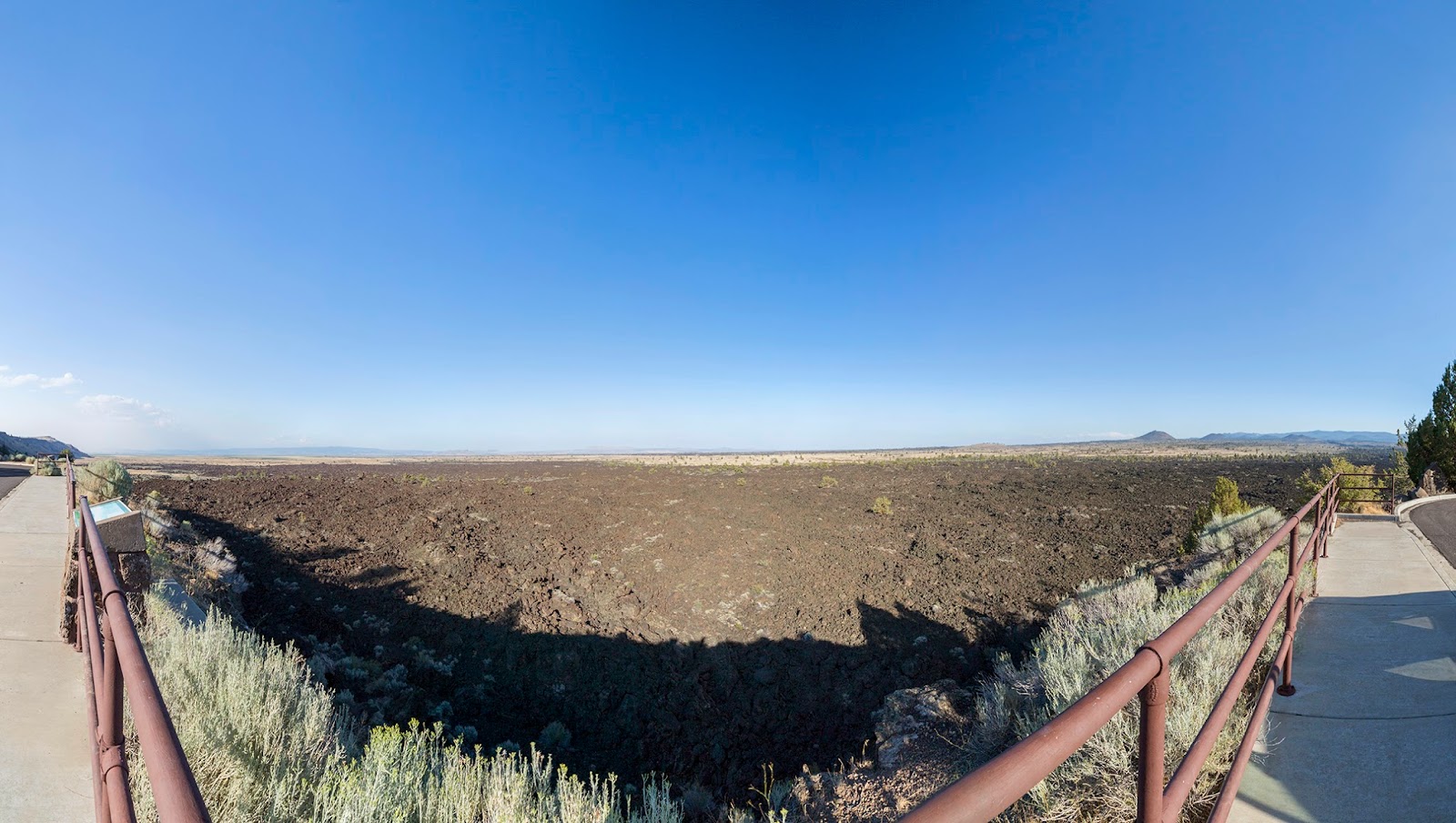 These are all the photos for today. I hope you have enjoyed them. Next time I will continue with more of the photos from Lava Beds National Monument in Tulelake, CA. Please don't forget to share with your friends and family members! Also, if you want to get notifications when I post up more photos, "Like" us on Facebook or follow me on Twitter and Google+. These links can also be found on the top of the right sidebar.