In the month of December in 2013, I took a trip to China to visit relatives and to travel places and take photos. On this trip, I visited Jiangsu (江苏), Anhui (安徽), Hong Kong (香港), and Macau (澳门). I took many photos on this trip and I will be splitting them into many parts. I will do my best in these blog post to describe the photos, however due to the lack of map data for China (on Google) and my horrible Chinese, I may not be able to give you too much details on certain things. At the time of visit, the smog in China is very heavy. In many of the photos, you will see what looks to be fog or haze, but it is the smog (pollution) in China. Be warned, that the pollution in China is not at safe levels. I started coughing less than one week into the trip, and I did not recover until the beginning of March this year (2014). Many individuals in China had the same cough I got. If you haven't done so, you can view my vlogs here. I already posted all my vlogs (of the entire trip) on Youtube, but these photos will come out in parts.

The photos for today are all from Suzhou, Jiangsu, China (苏州, 江苏, 中国). I got a few street photography shots from the city, but most of it is from the Suzhou Rail Transit system. Since I knew people that worked in the project, I was able to get a VIP tour of the system 2 days before the lines were opened to the public. Also during the VIP tour, I was given special permission to take photos and share them with you guys. Some normal citizens were given passes to try out the trains, however were not allowed to take photos. No one else will ever get these photos again as the place will never be this empty. 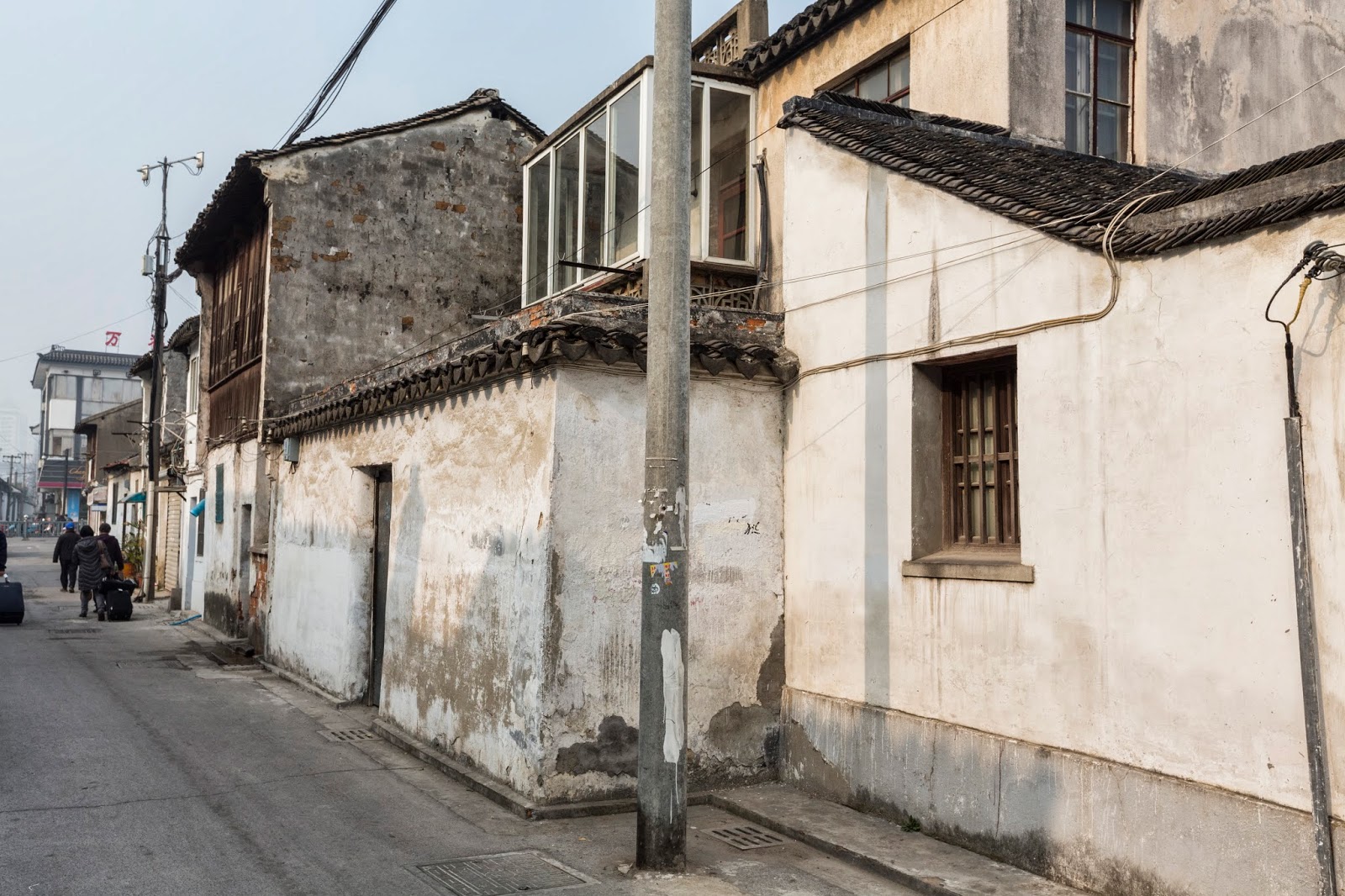 A street in Suzhou (苏州). I kind of miss this place as this is my home town. Honestly, nothing much has changed except the installation of many (and I do mean many) government surveillance cameras. If you watch my vlogs, you'll get to see a few in action. Oh yeah, and they built many new buildings (in other districts in the city).
Approximate GPS location (type into Google) according to the Canon GP-E2 GPS Receiver: 31 18 09 N 120 36 50 E 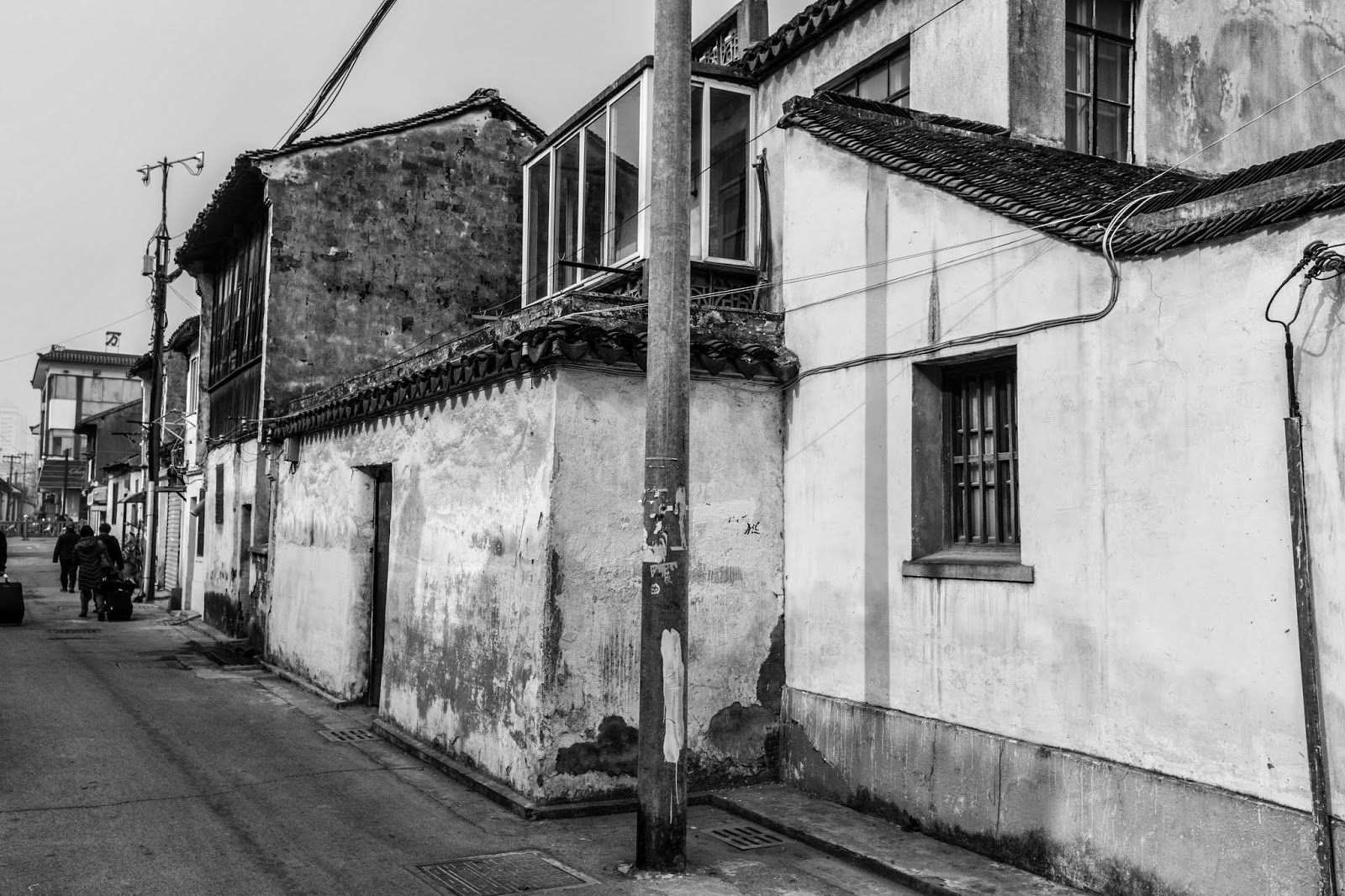 Now into the Suzhou Rail Transit system. This rail system travels between the difference districts of Suzhou (苏州). My Chinese is horrible, so while I did take test rides with my friends, I had no clue where we went.
这就进入苏州轨道交通。 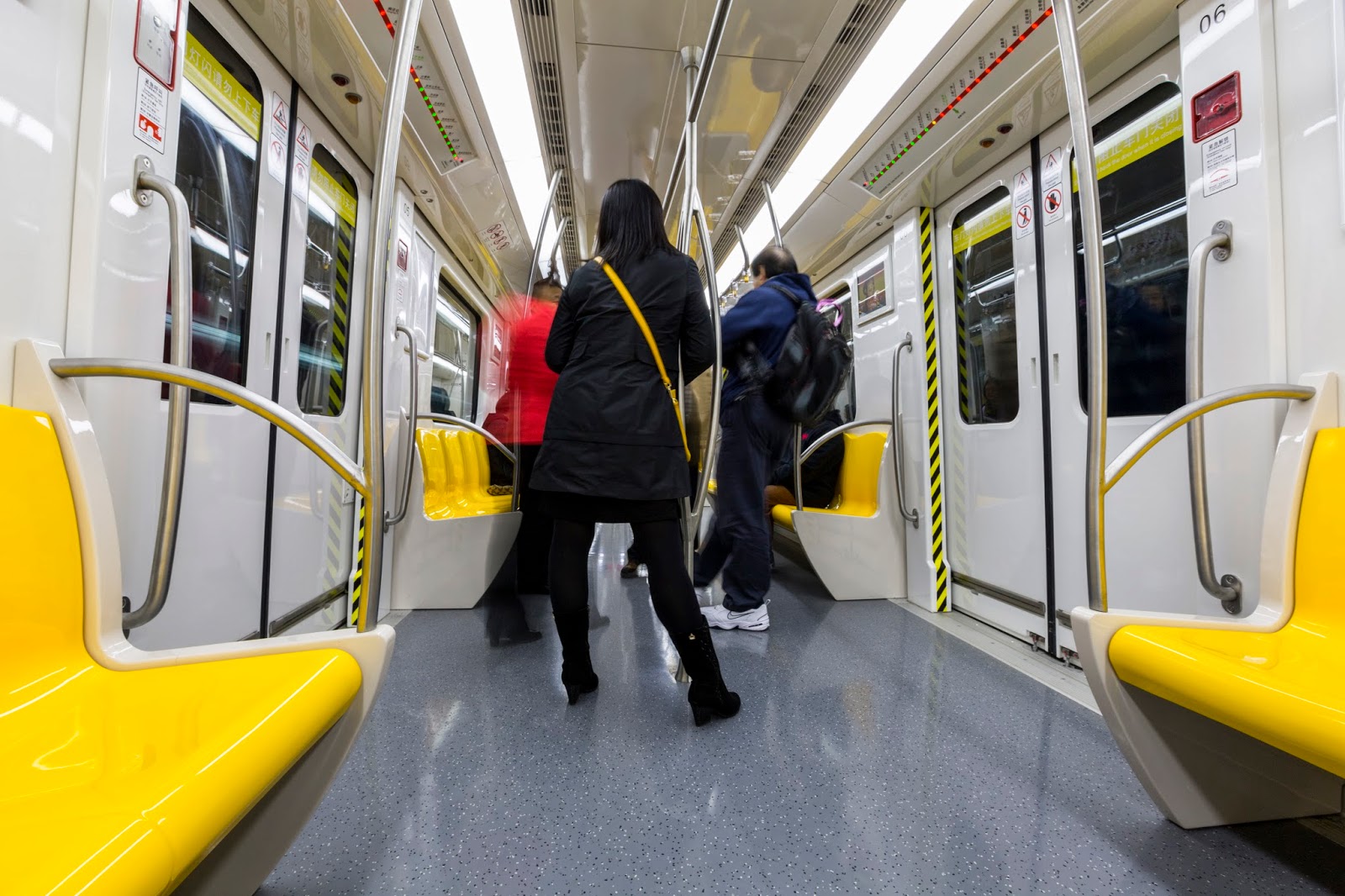 Here is our friends with us on the test rides. 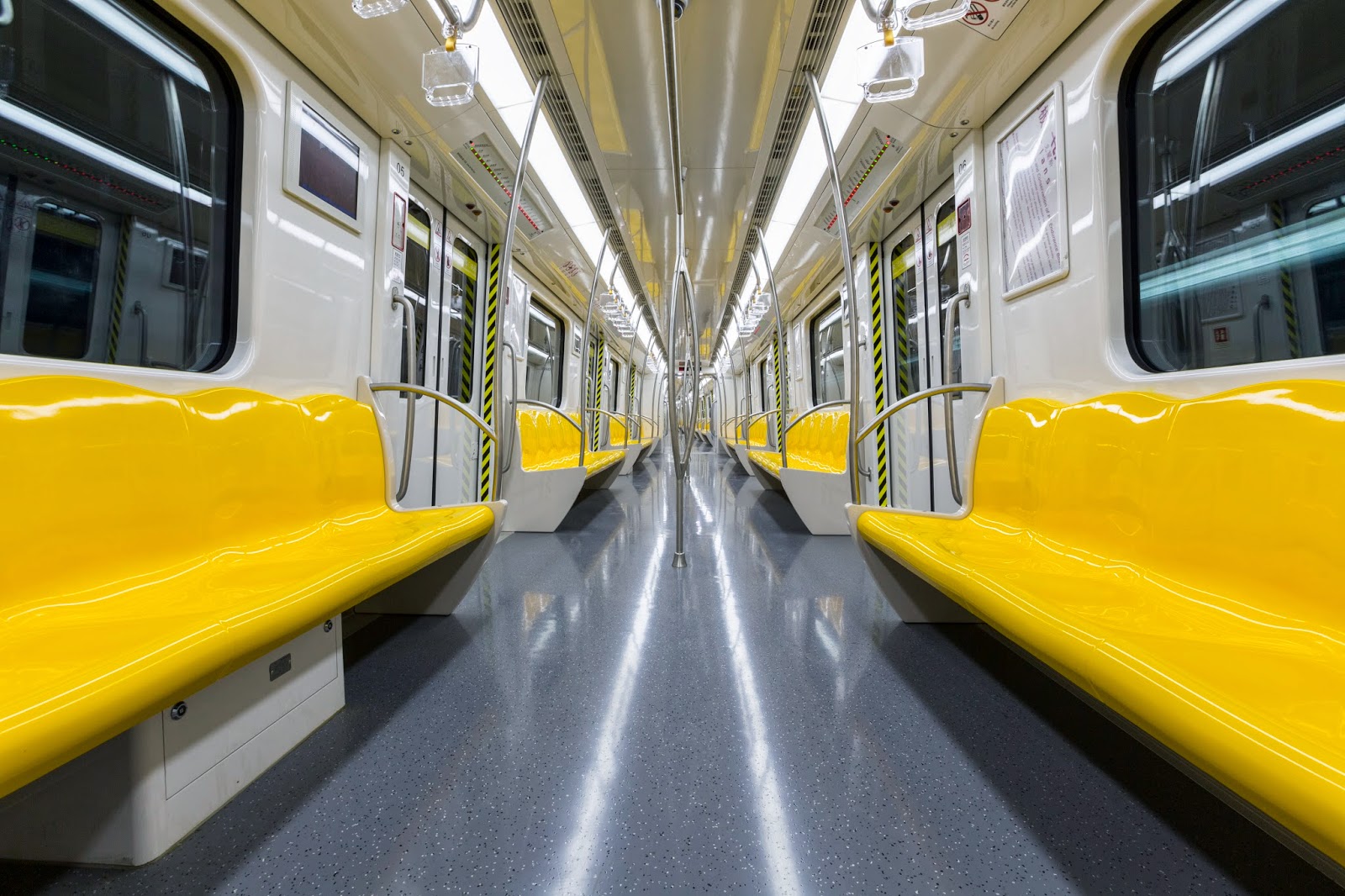 Here are the empty train sections. It won't be this empty again, ever! Okay, maybe during maintenance runs it will be empty. XD 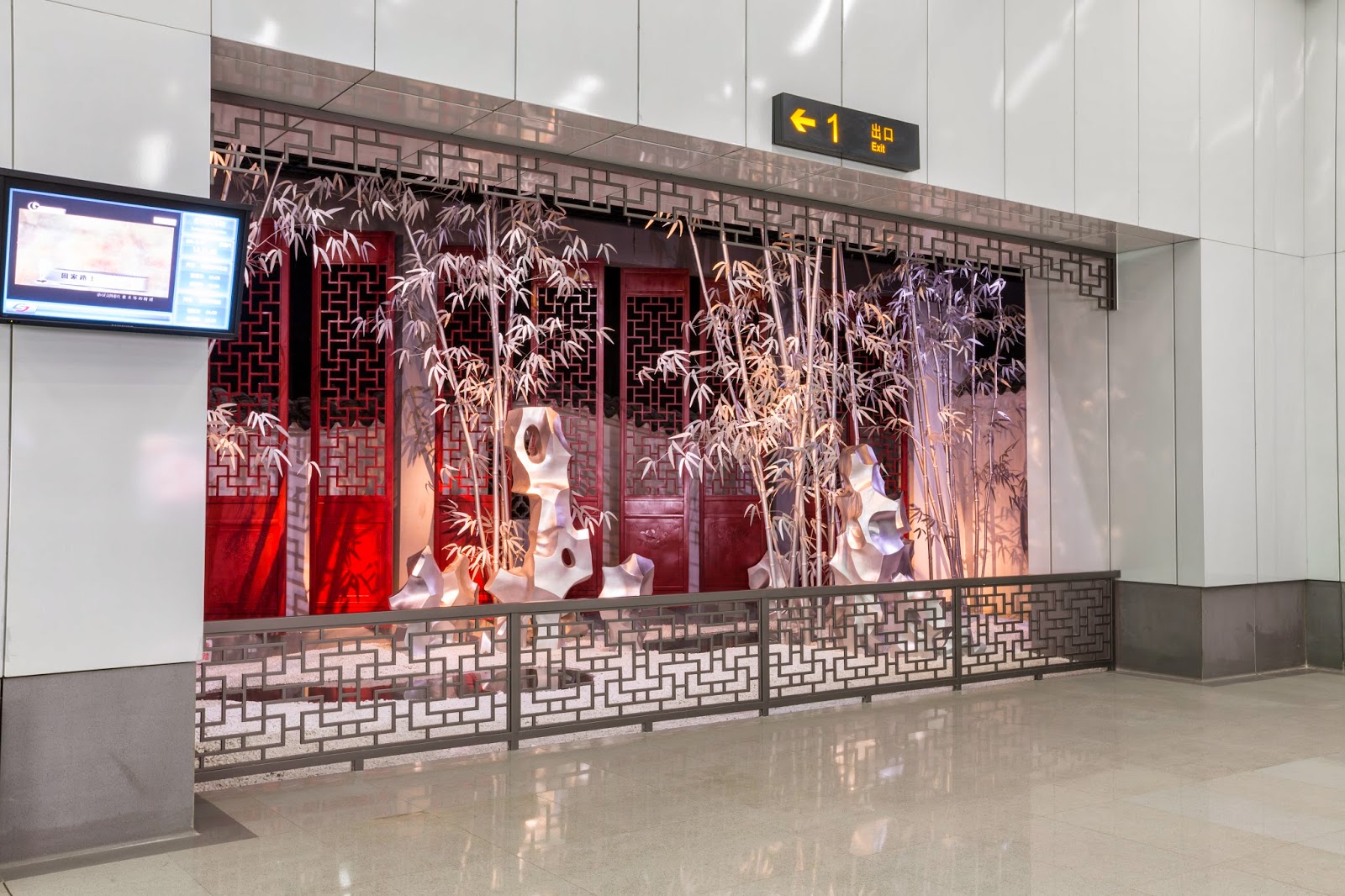 Some sculptures in the rail station to mimic historical building structure in Suzhou (苏州).
这个艺术作品是模仿苏州古代房子。 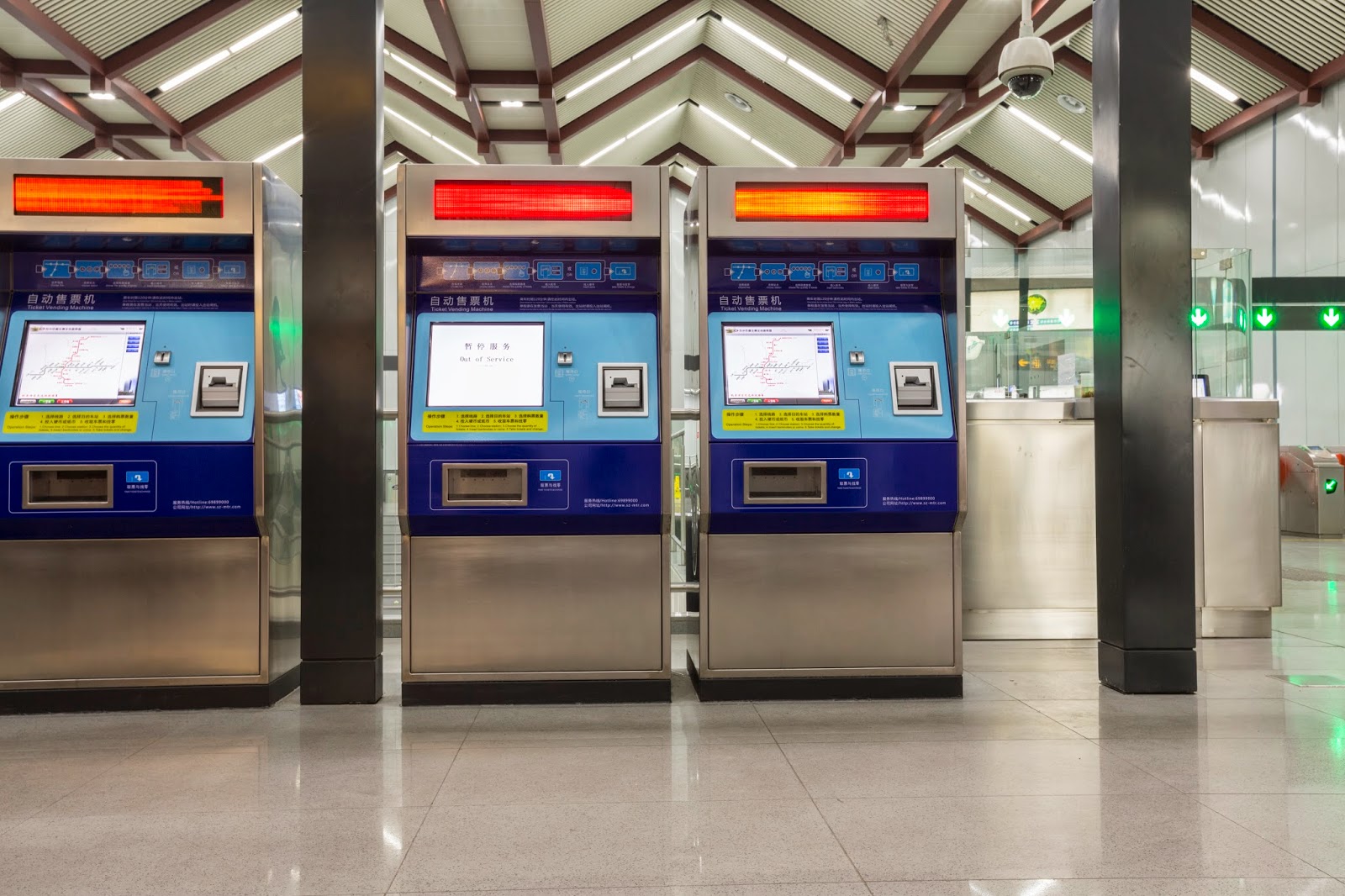 Here are the ticket vending machines in the rail station.
这是卖票的机器。 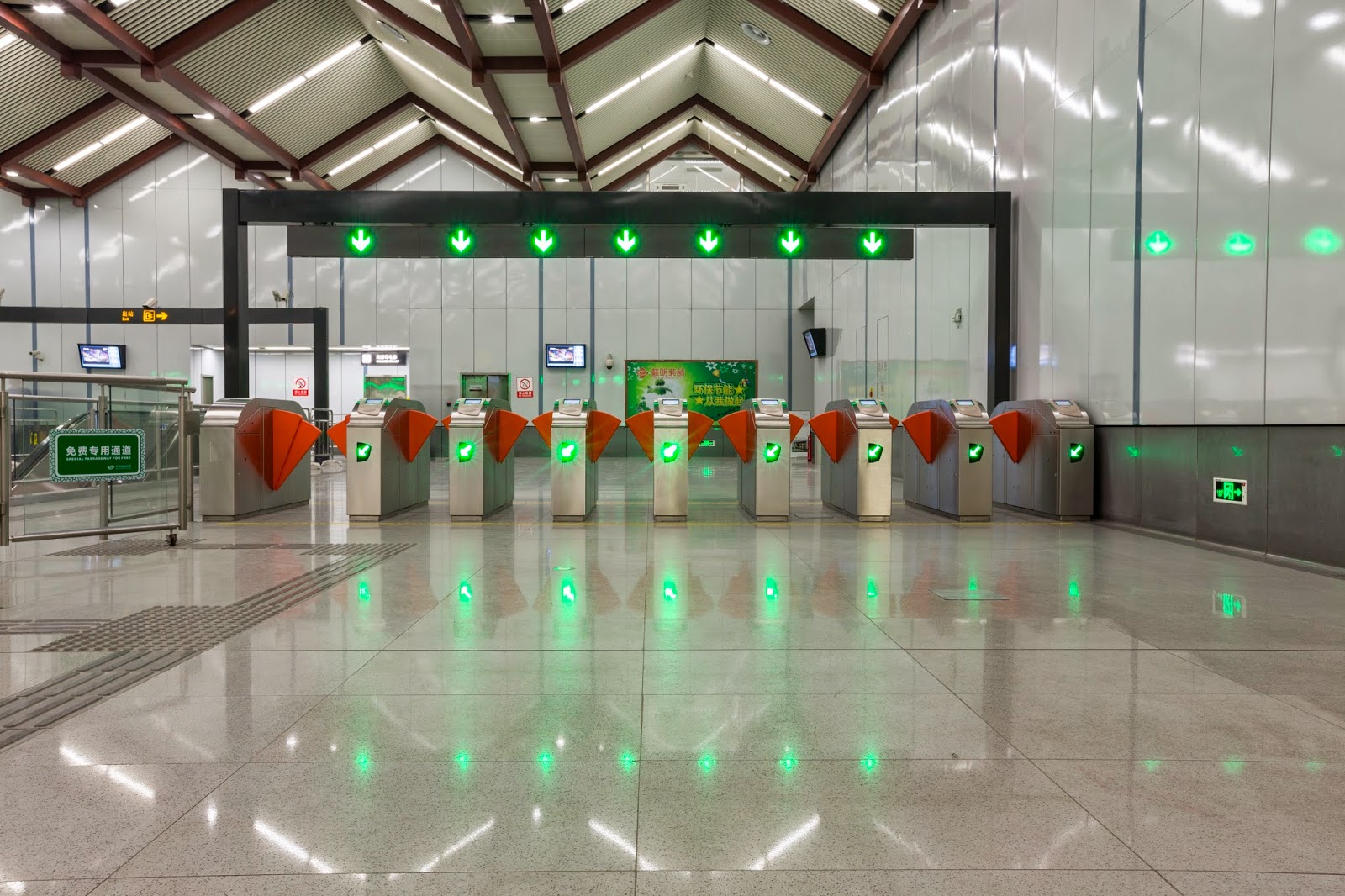 The gates of the rail station. Looks very much like the ones used here in the SF Bay Area for BART. 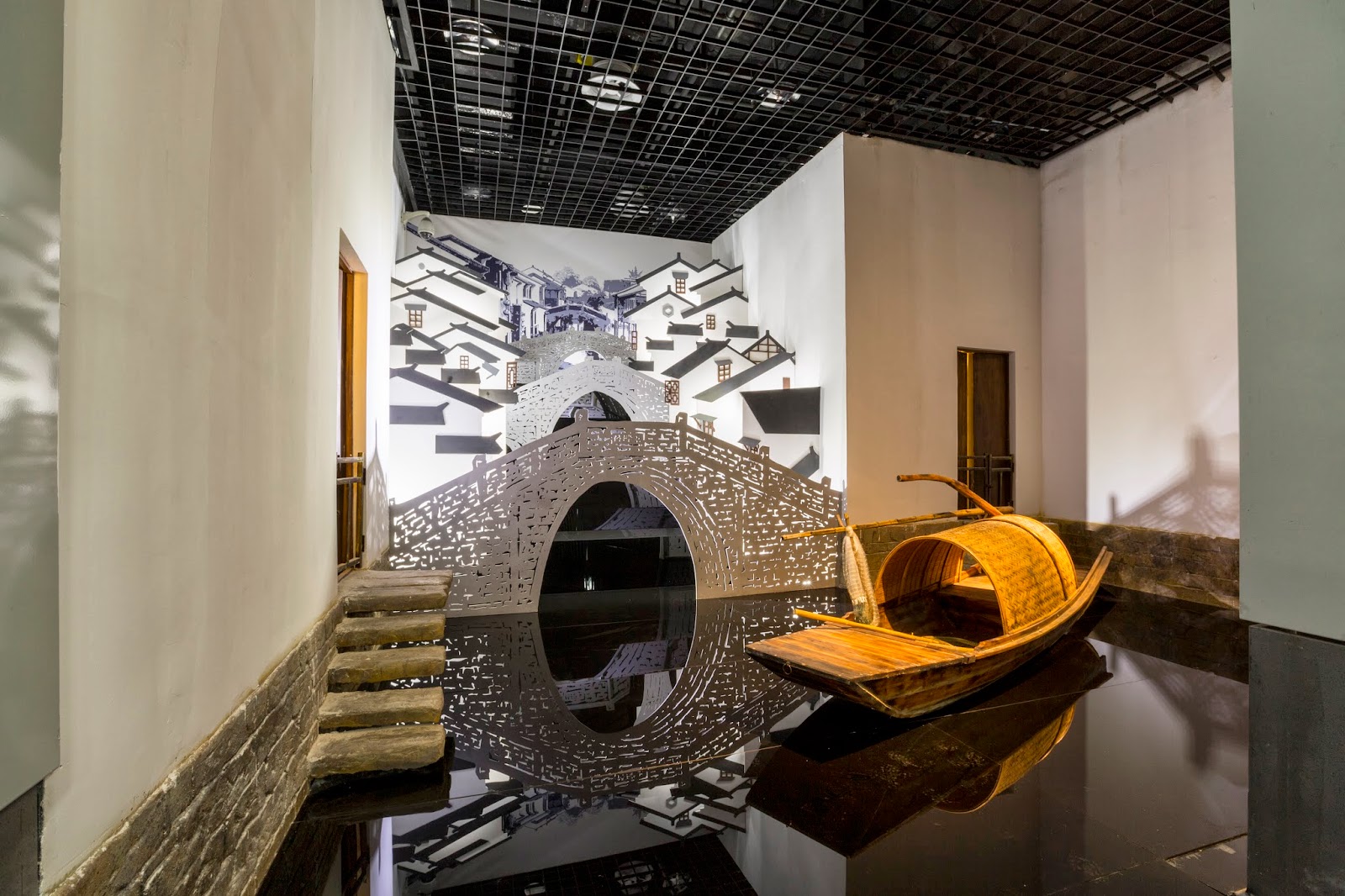 This is to mimic the streams and bridges of Suzhou's ancient style towns. If you know a bit about Suzhou, it is a river town. During ancient times, buildings are generally built near the water. As you will see in later posts, many of the historical districts are still around the rivers. There are many of these types of artworks in the different rail stations.
这个艺术作品是模仿苏州古代房子。 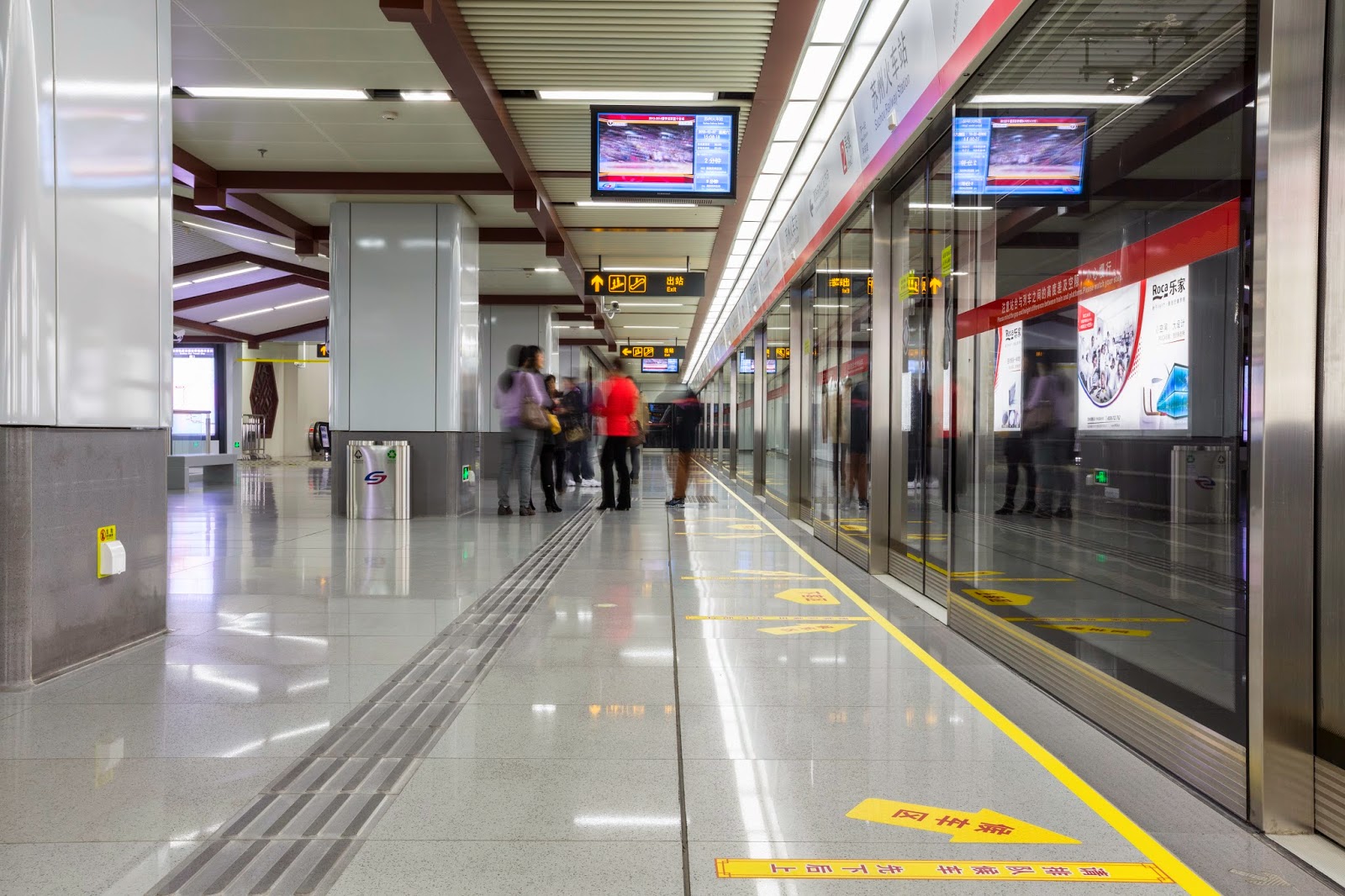 Here is the train platform area. Unlike BART, the rail transit in Suzhou (苏州) have glass windows and doors to prevent people from falling down. I found similar layout while in Hong Kong (香港). 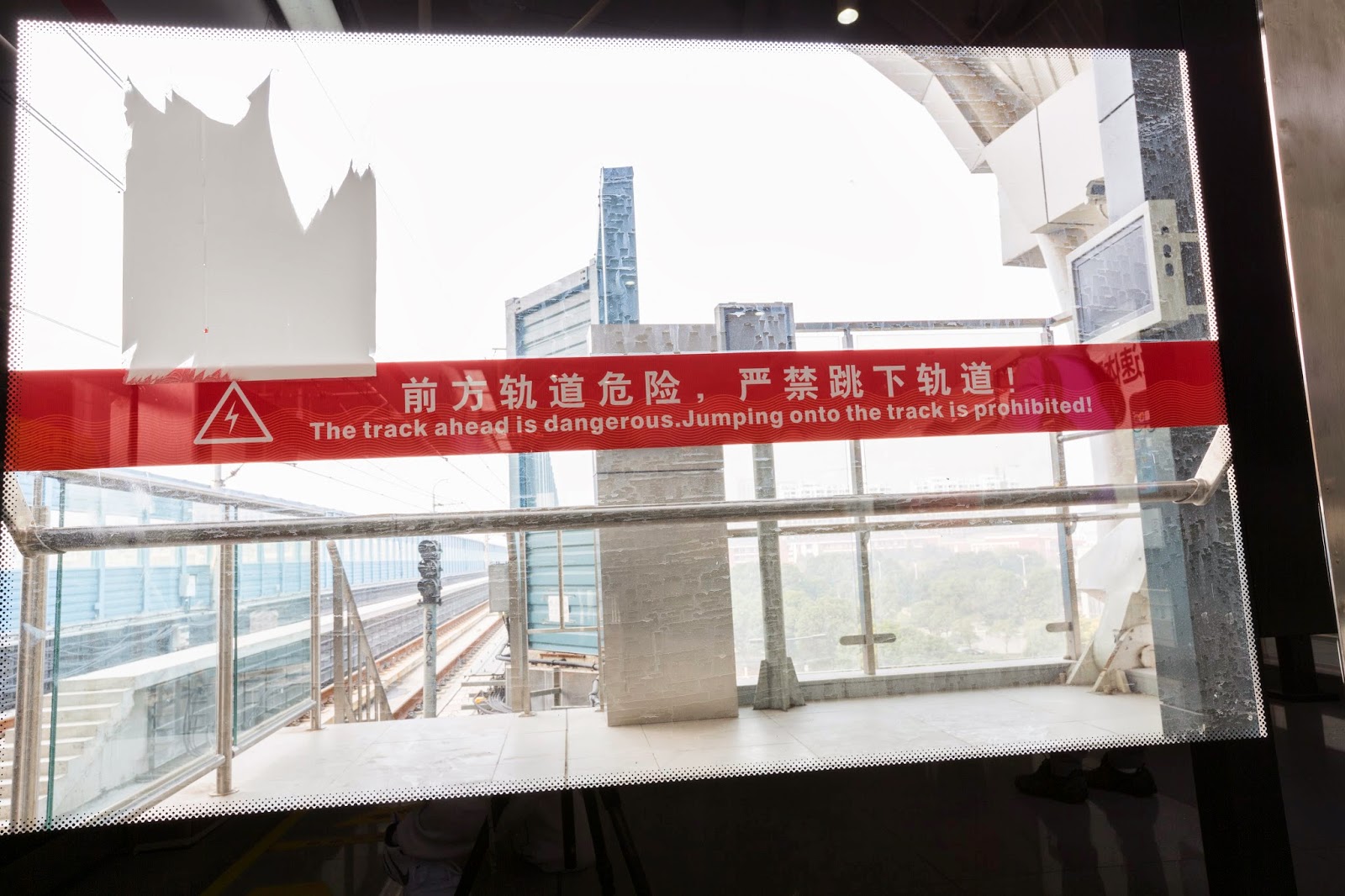 You Don't Say! Yes, that is translated correctly. 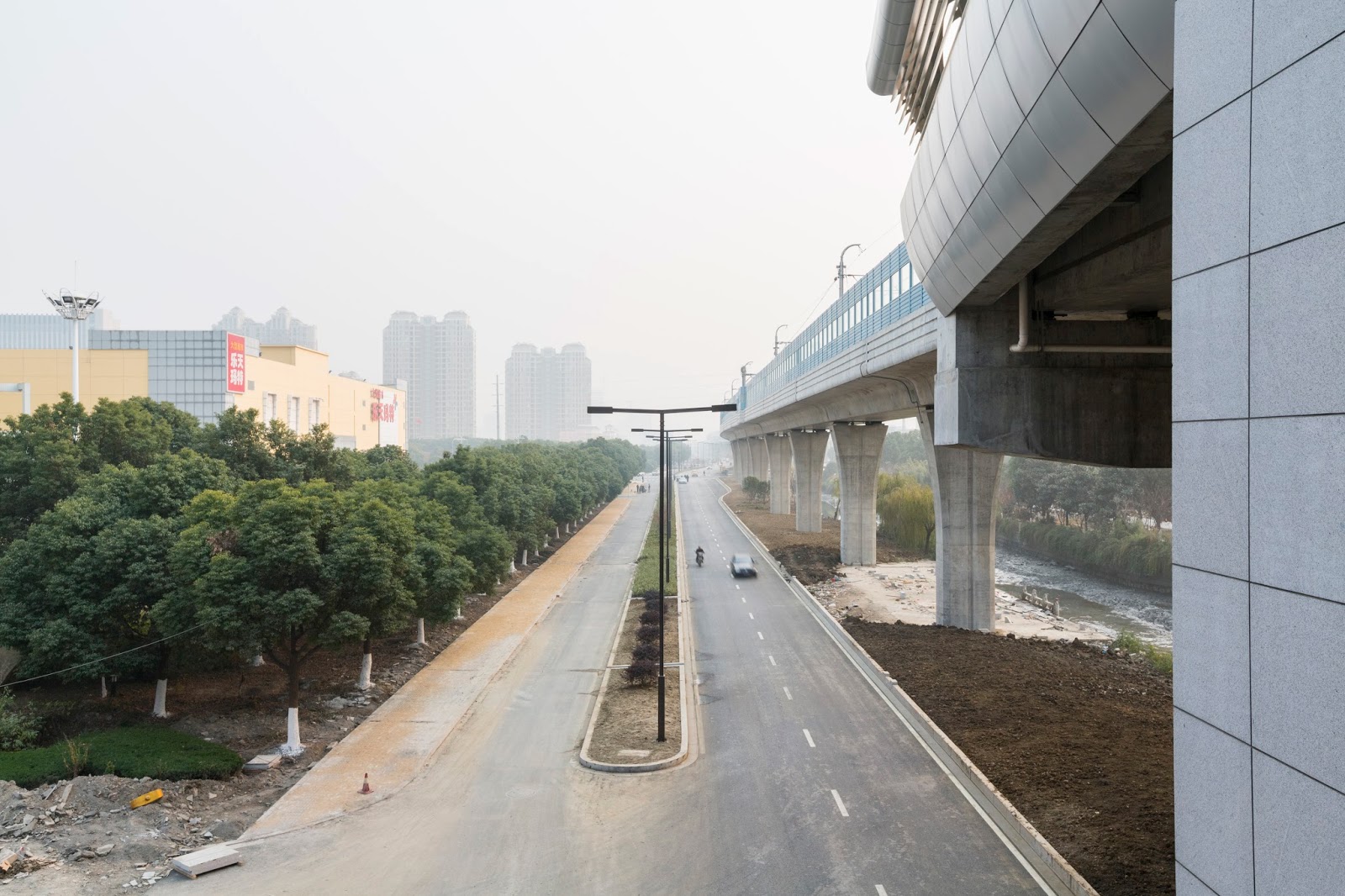 At one of the rail stations, I decided to get a shot of the city. As you can see the buildings off in the distance is obscured by the smog (pollution).
中国的雾霾。 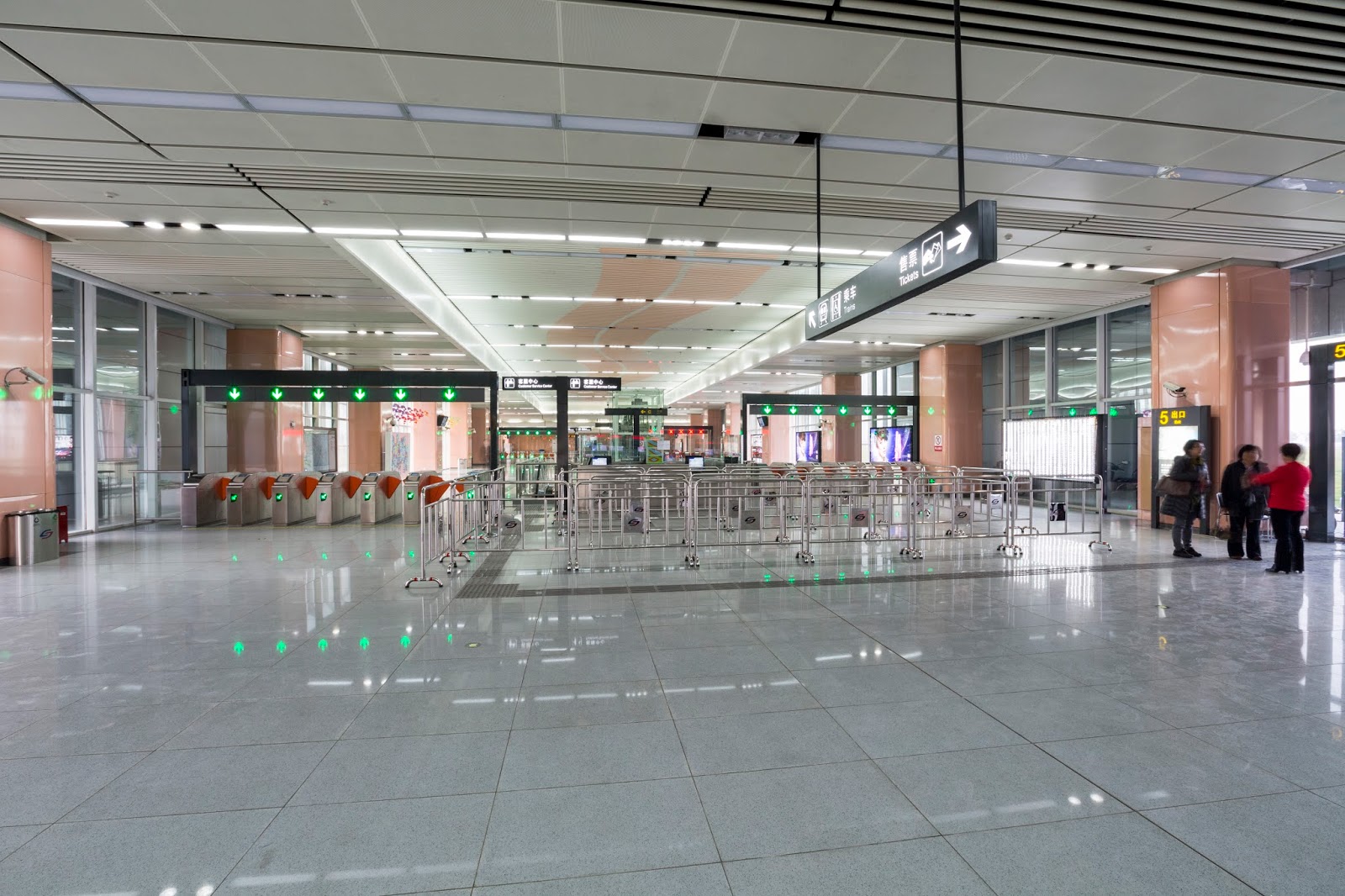 Here is a photo of one of the rail stations. 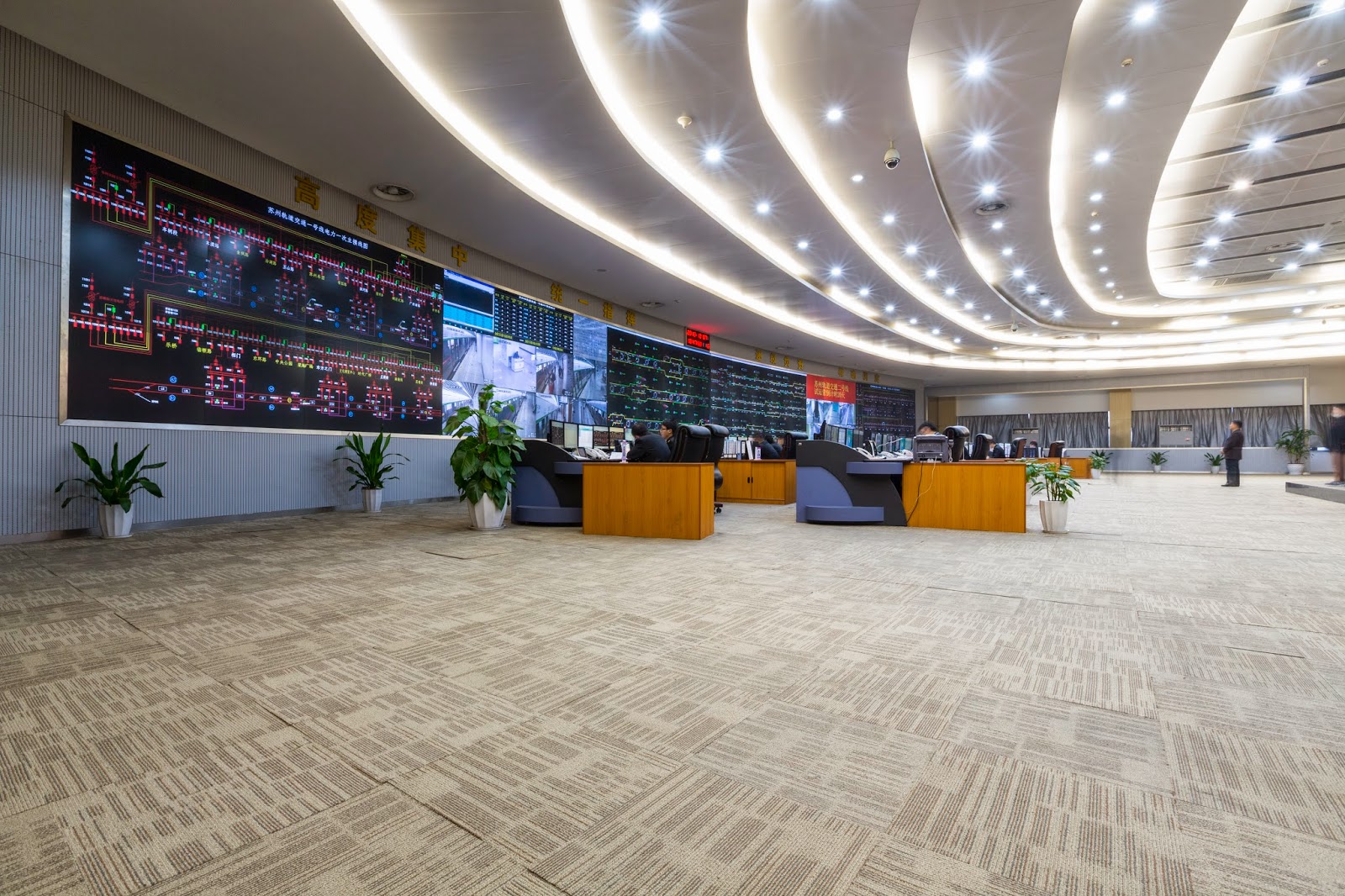 Now to a place where people rarely get to visit. This is a photo of the main control room for the rail system. They don't usually let people in, but I knew someone.
这是火车控制站。一般的人不能到这里来的。 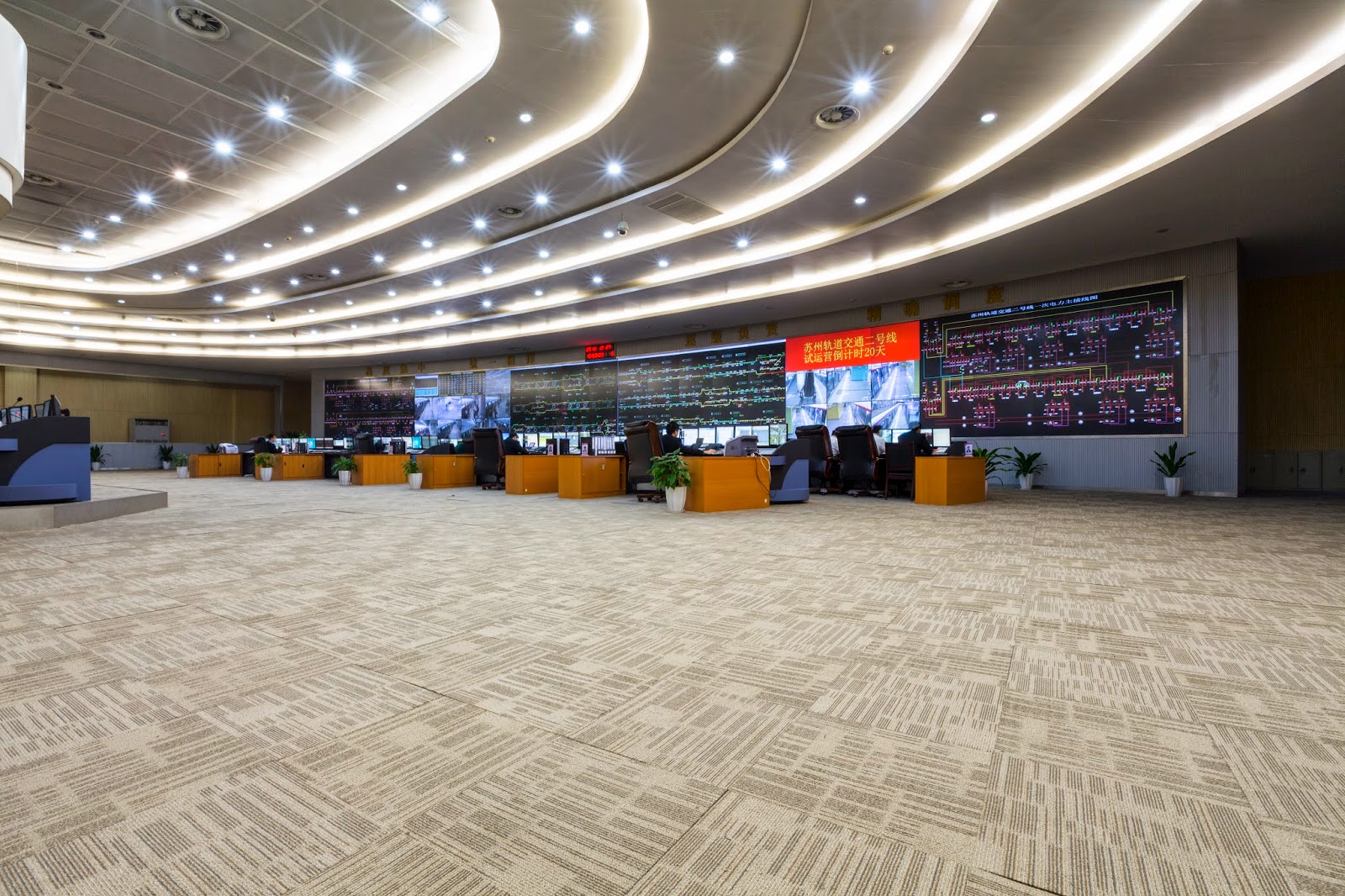 From what they would tell me, this is one of the world's most high tech control rooms ever! Not sure if that claim is true a false, but the room looks pretty high tech and modern though. Now a night photography shot near a mall in Suzhou (苏州) shot as I went to go get dinner. That is smog you are seeing!
中国的雾霾。
Approximate GPS location (type into Google) according to the Canon GP-E2 GPS Receiver: 31 16 04 N 120 37 39 E

These are all the photos for today. I hope you have enjoyed viewing them. Next time I will continue with more photos from Suzhou, Jiangsu, China (苏州, 江苏, 中国) near a fishing pond. Please don't forget to share the blog post with your friends and family members! Also, if you want to get notifications when I post up more photos, "Like" us on Facebook or follow me on Twitter and Google+. These links can also be found on the top of the right sidebar.