Today I have photos of the California Quail (Callipepla californica) and photos from Natural Bridge State Beach in Santa Cruz, CA. The photo of the California Quails was taken near the state beach. Also near the state beach (same park) is the Monarch Resting Area which is accessible via a boardwalk. I don't have any photos of it here as I was not in season to see the butterflies, but every year (I forgot when), a huge amount of Monarch butterflies will fly there and rest. It was an amazing scene and I went there once when I was younger. It was beautiful.

Message from the Author: Sorry about the delay in blog post guys! I took a vacation to Death Valley National Park and took almost 2000 (estimate) photos there! Obviously that is a very large amount of photos and it will take a while to process. Then when I came home, I had to rush to finish a term paper, so that's why I haven't been doing much (including my fan pages). Anyways you guys, there is huge news from Death Valley National Park. I know this is a very controversial subject, but I may have had a UFO sighting in the park. Here is the story, it was getting dark out but I had 1 more view point to go to (Artist's Drive, Artist's Palette), so I did, as I can just compensate for the lack of light with longer exposures. I spotted a great view of the mountains and pointed my camera at it. My calculations said the photo would take 3 minutes to expose correctly so I started. I noticed the stars were coming out so I decided to use the time to enjoy the view. As I looked overhead there was some "really bright stars" and I noticed they were moving a lot faster than the other stars. At first I though they were airplanes or something, but then I thought, no way it can be that bright, plus it is not flashing, not moving fast enough, and seemed too high up. Next thing I know one of them changes direction. I thought I was sleepy and my eyes was playing tricks on me, so I asked my mom to take a look. She saw the same thing, and that same star changed directions again and a few other ones around it also changed directions (there were about 5-6 "stars"). I got so freaked out that after the 3 minutes, I just drove the heck out of there. Reviewing the images on my camera, they don't seem to be in my camera's field of view sadly. It would have been great if they were. :/ That is the most amazing thing that happened during my trip. Anyways, let's move on to the photos I want to show you guys today. 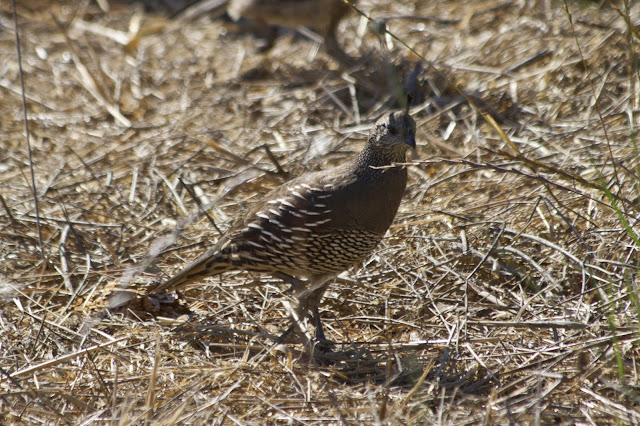 The first 6 photos are all of the California Quail (Callipepla californica). 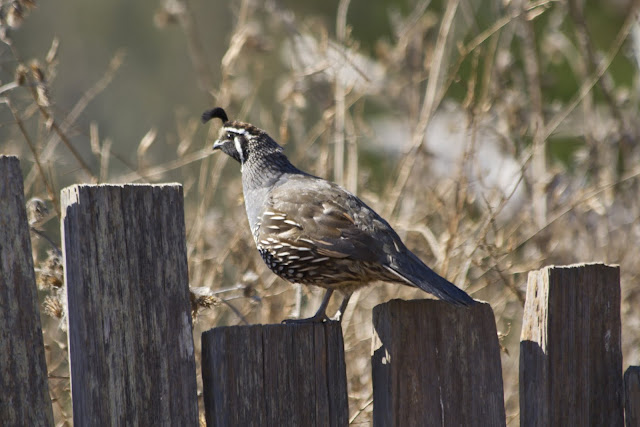 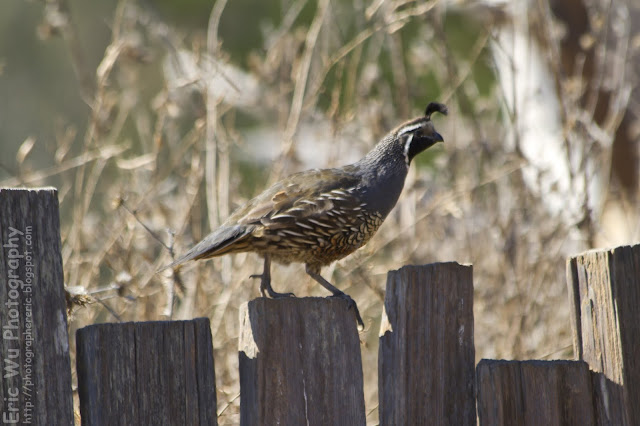 After they saw me approaching with a camera, they started walking away. 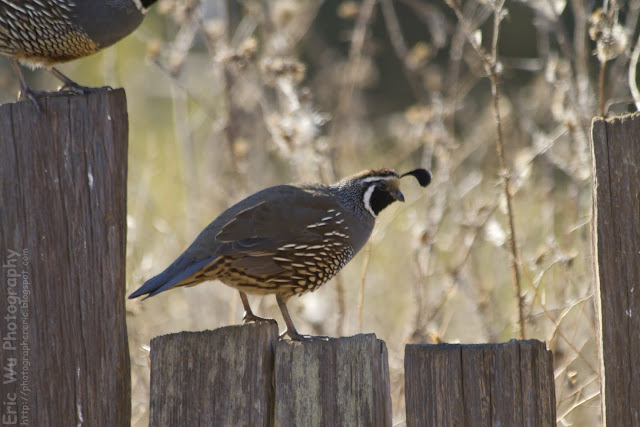 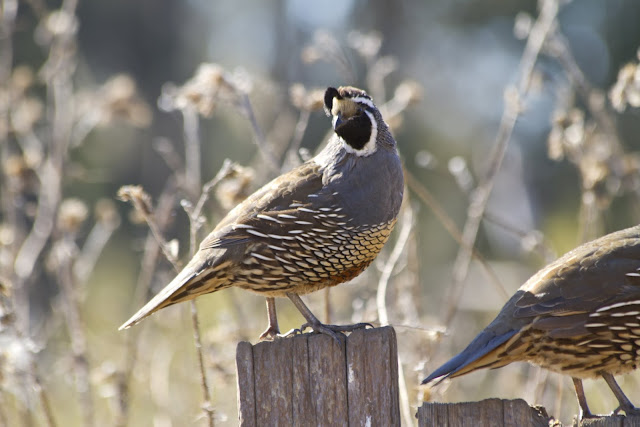 One of them decided to stop and look at me. YAY! :P 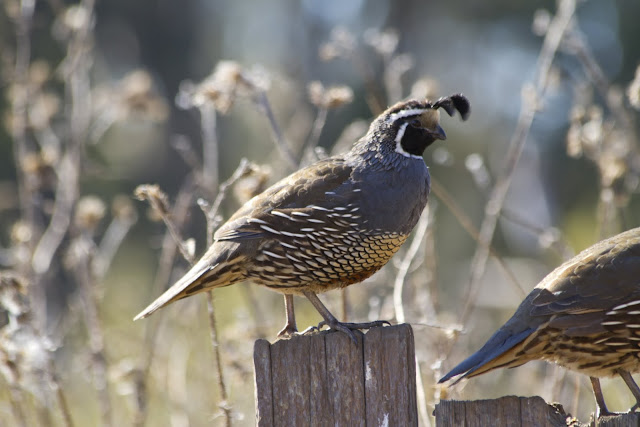 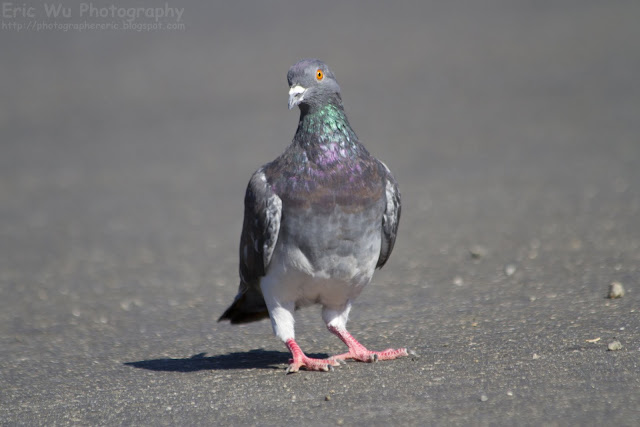 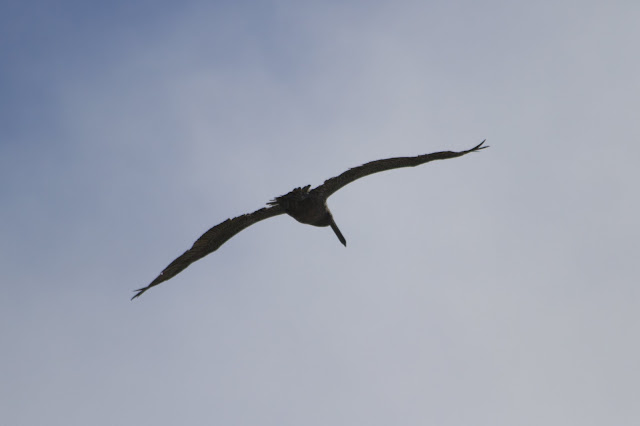 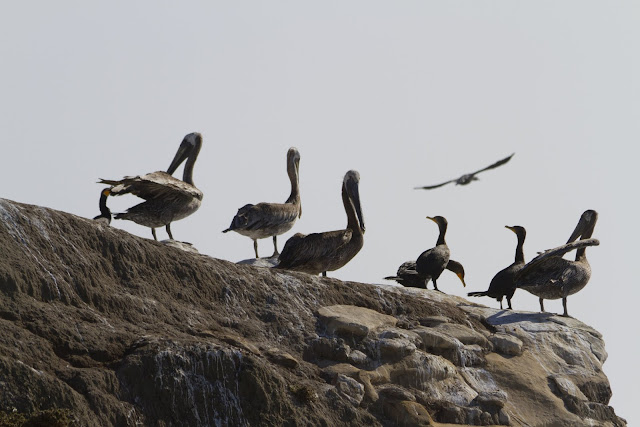 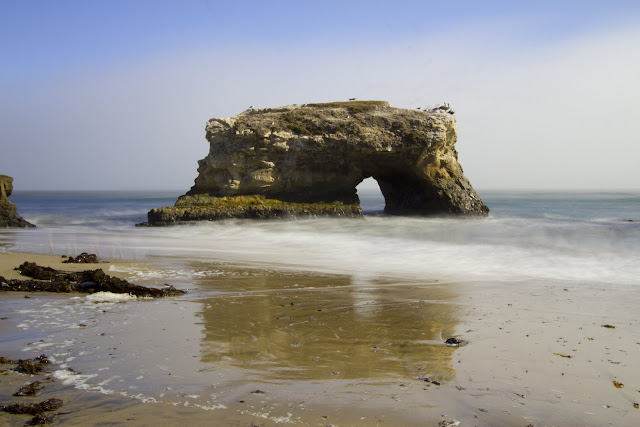 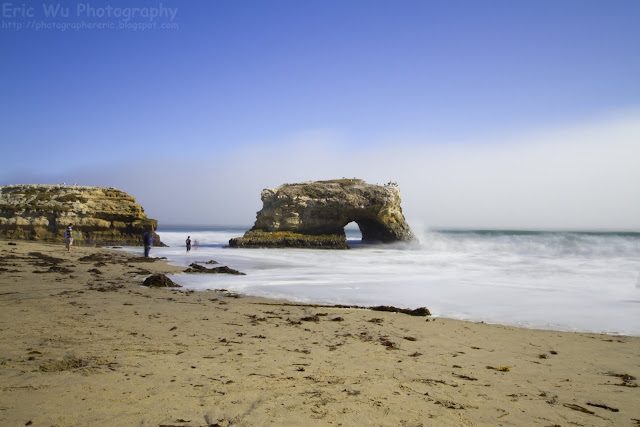 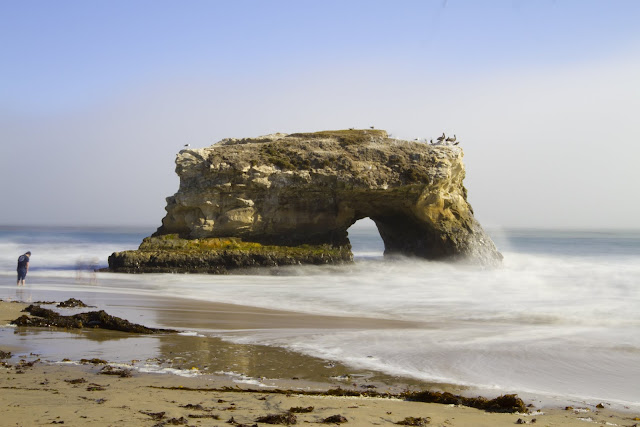 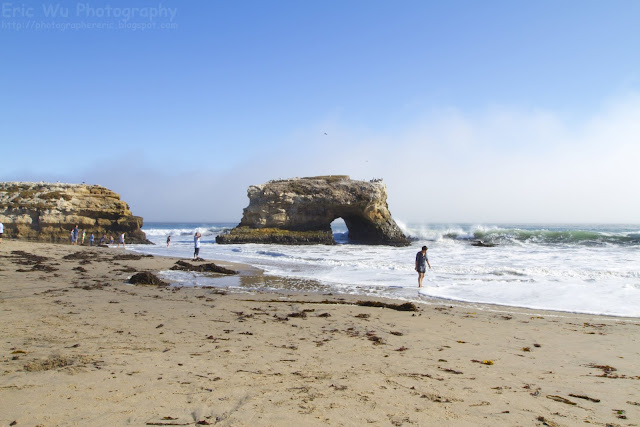 What the waves looked like without any filter (No ND filter used).

These are all the photos for today! I hope you have enjoyed it. You are probably thinking I will start my Death Valley photos next time, but that is not the case. Again, almost 2000 photos will take me quite a while to process! Next time, I will most likely be posting up the photos I took at Wilder Ranch State Park which is also located in Santa Cruz, not so far from Natural Bridge State Beach. Please don't forget to share my blog posts with your friends! If you would like to get notifications next time I post, you can "Like" me on Facebook or follow me on Twitter and Google+. These links can also be found on the top of the right sidebar.
Posted by Sunny Wu at 4:00:00 PM