Full Resolution Photos and Prints: If you want to see full resolution photos or buy prints of any of the photos you see, they are up on my portfolio for viewing. To view my best California photos from this trip, use this link. To view all of my day 1 photos, use this link.

The photos for today are from California's coast. The blog post will include photos from Tomales, Bodega Bay, Duncans Mills, and Jenner. All the photos were shot near SR-1 as I drove up the coast. 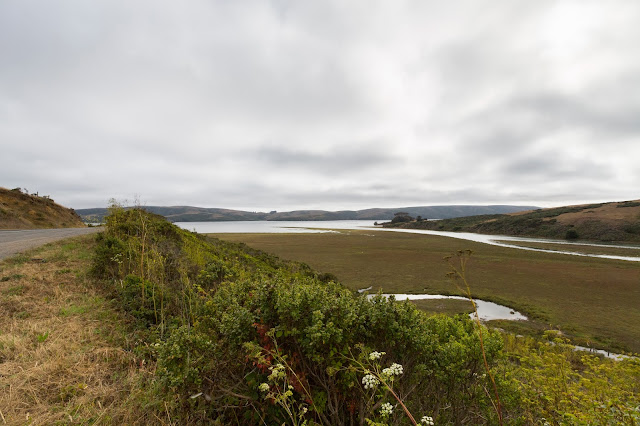 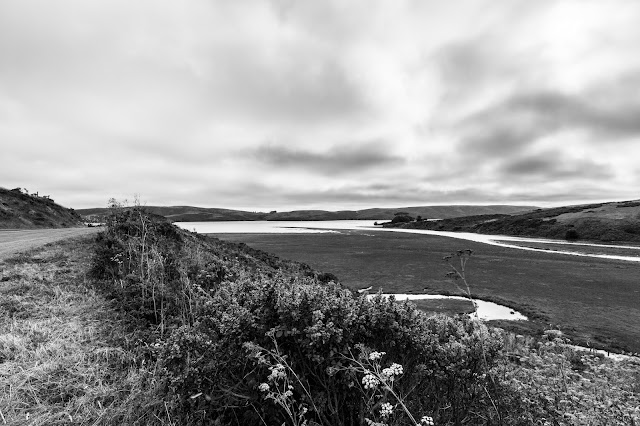 I decided to do a black and white process to bring out the details of the clouds a bit better. 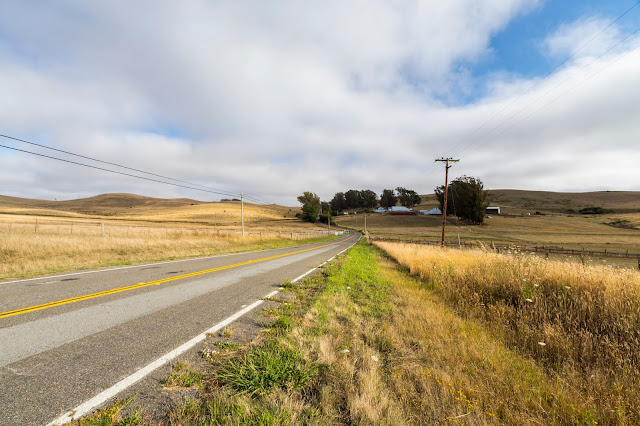 Another photo from Tomales, CA taken on the side of SR-1. I think this is one of the best shots I took on this trip. Reminds me of that song Country Roads by John Denver.
Approximate GPS location (type into Google) according to the Canon GP-E2 GPS Receiver: 38 18 27 N 122 53 52 W 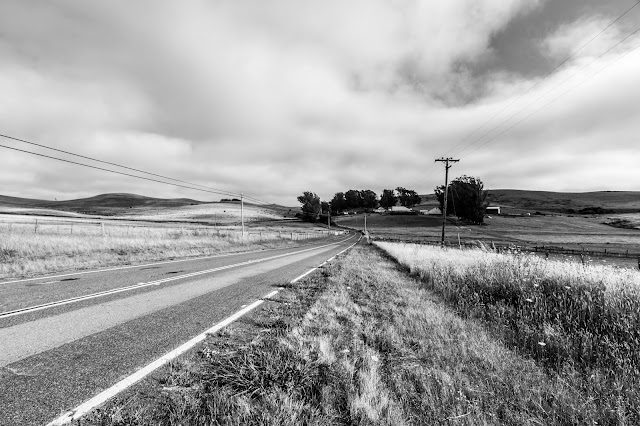 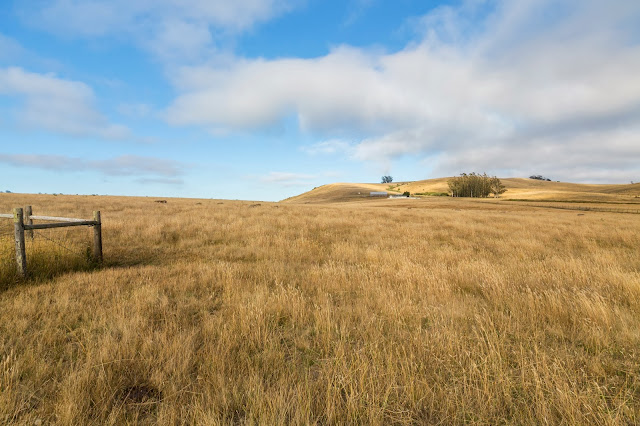 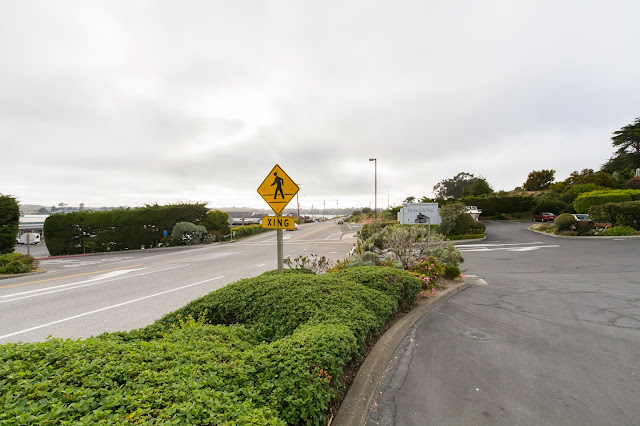 I move on from Tomales to Bodega Bay, CA. This was shot at a 76 gas station. I shot this photo while my parents was adding gas to the car.
Approximate GPS location (type into Google) according to the Canon GP-E2 GPS Receiver: 38 19 45 N 123 02 38 W 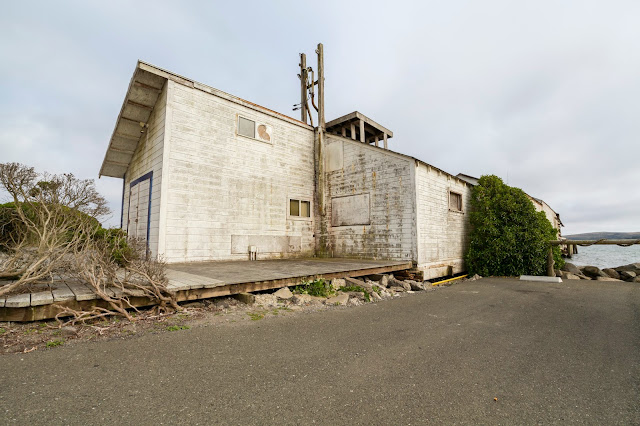 A photo of a worn down building in Bodega Bay, CA. Shot this near Harbor View Gifts.
Approximate GPS location (type into Google) according to the Canon GP-E2 GPS Receiver: 38 19 48 N 123 02 47 W 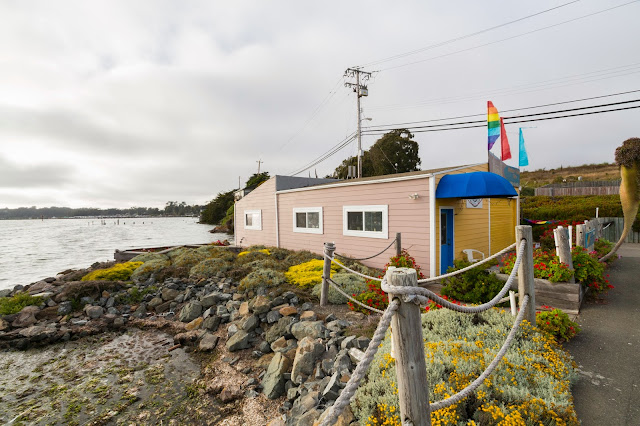 A photo of Harbor View Gifts in Bodega Bay, CA. Shot at around the same location as the above photo. I shot a photo of it mainly because of their rainbow flag. Thank you so much for the support! 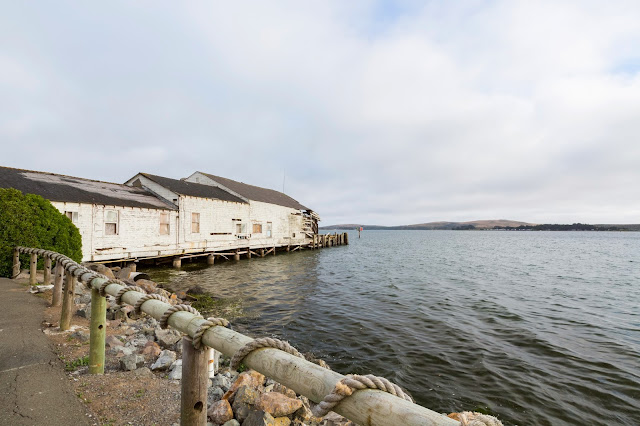 Another photo of that worn down building in Bodega Bay, CA. Shot this near Harbor View Gifts. 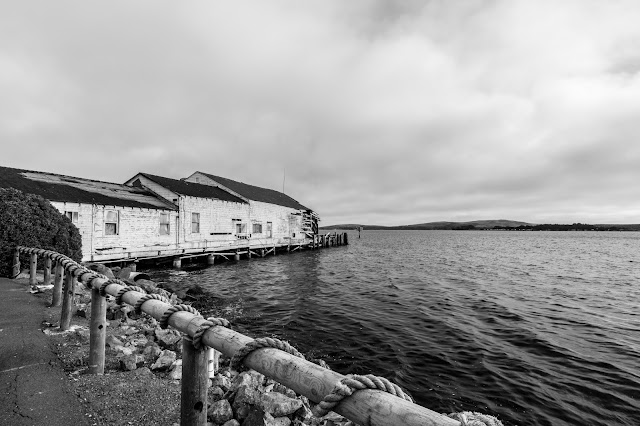 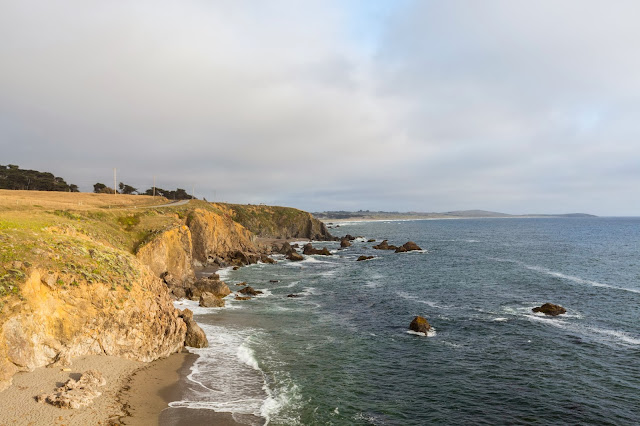 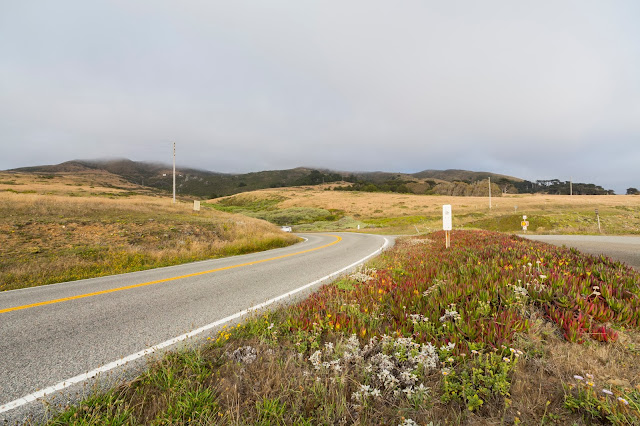 A photo shot near Marshall Gulch of SR-1 in Bodega Bay, CA. Same location as above photo. 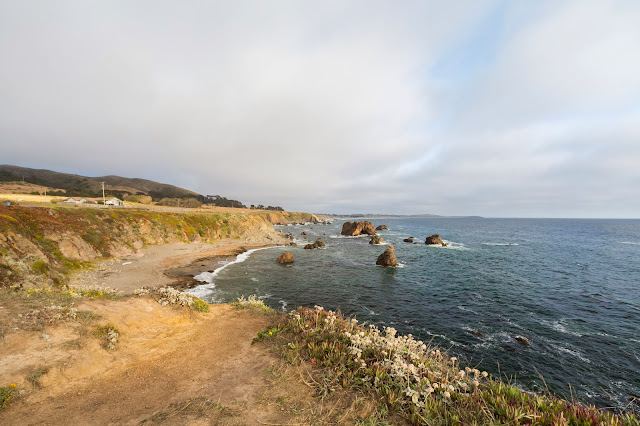 A photo of Carmet Beach in Bodega Bay, CA. 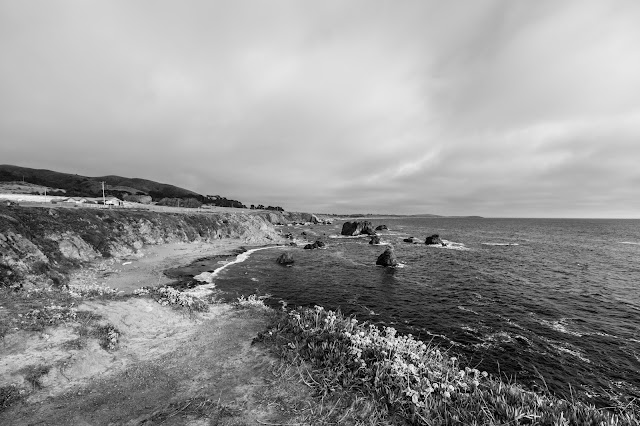 Black and white process of the above shot. 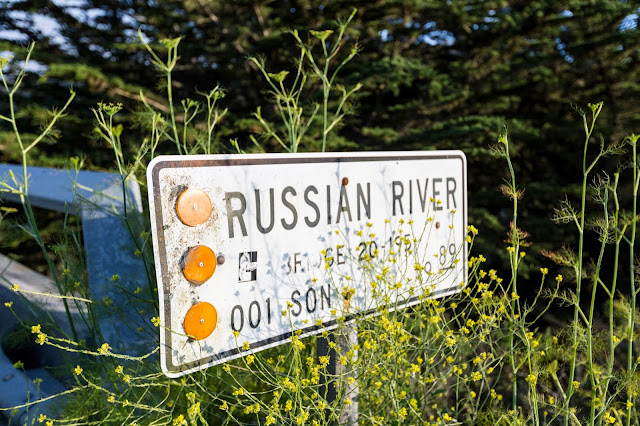 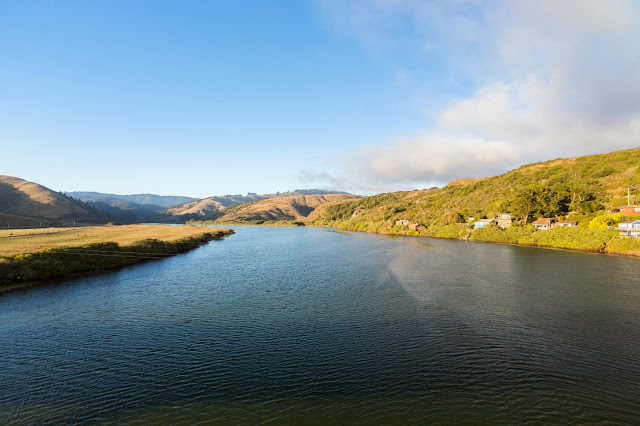 Here is a photo of Russian River. 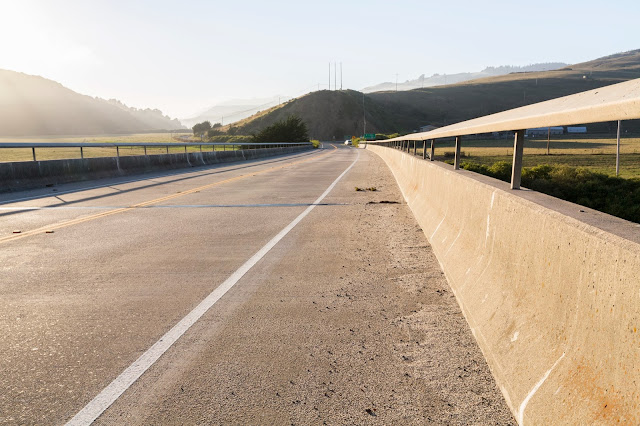 A photo of the bridge over Russian River. Shot this close to sunset. 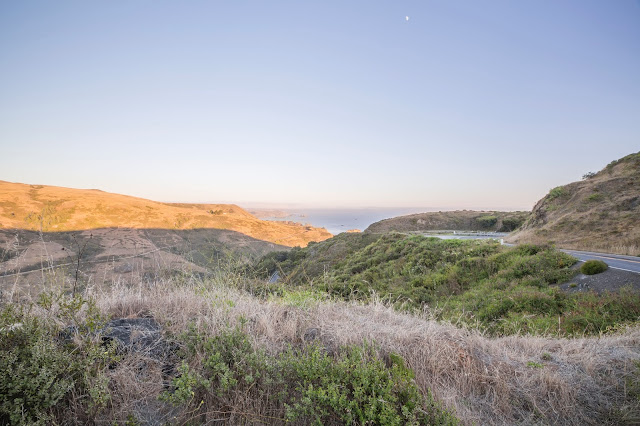 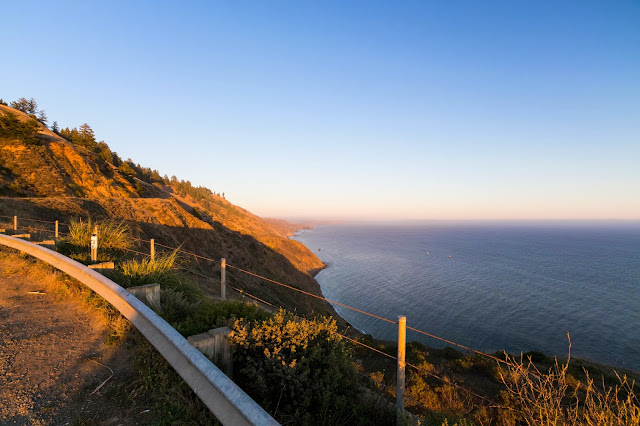 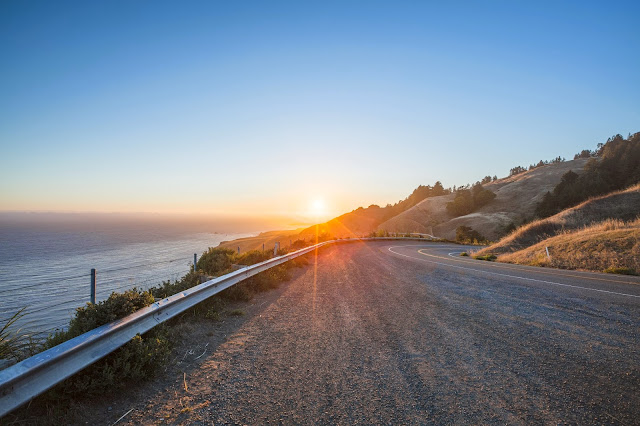 HDR composition of a sunset on the side of SR-1 in Jenner, CA.

These are all the photos for today. I hope you have enjoyed them. Next time I have more photos from California's Coast. Please don't forget to share with the blog post your friends and family members! Also, if you want to get notifications when I post up more photos, "Like" us on Facebook or follow me on Twitter and Google+. These links can also be found on the top of the right sidebar.