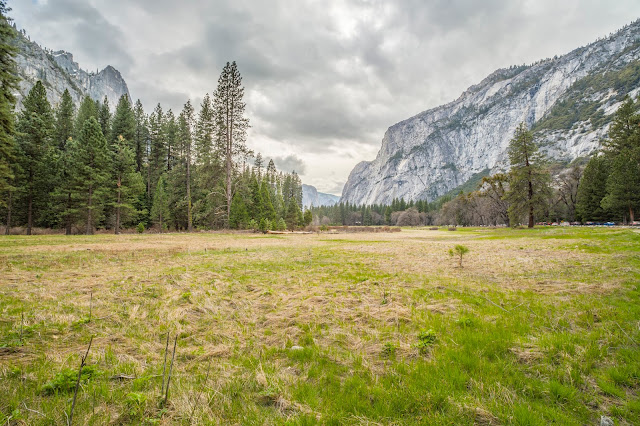 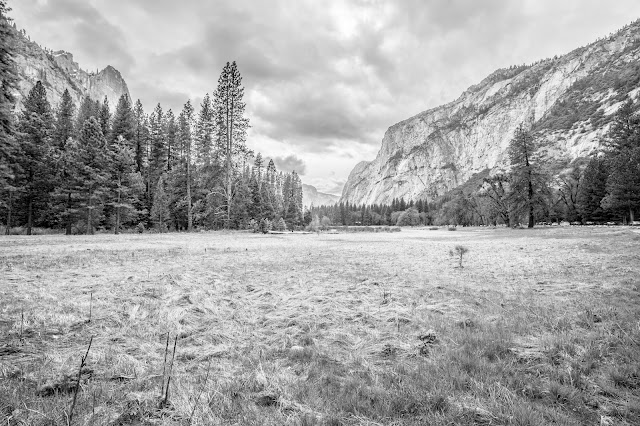 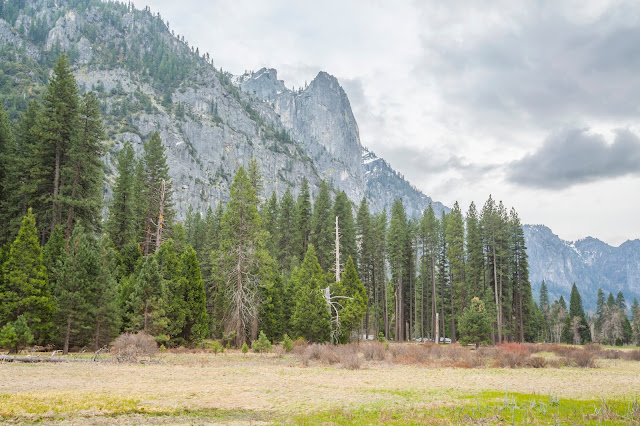 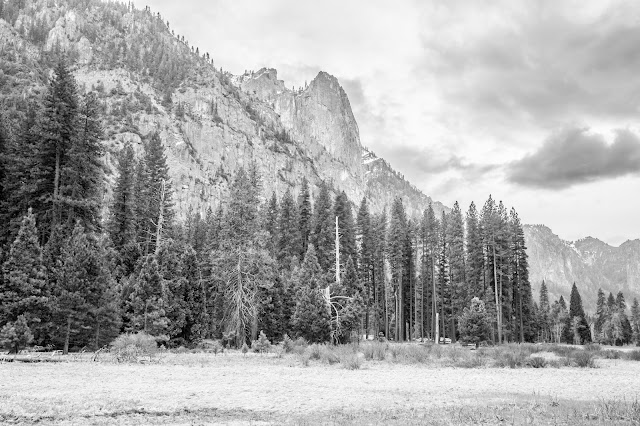 The same HDR composition I processed in black and white. 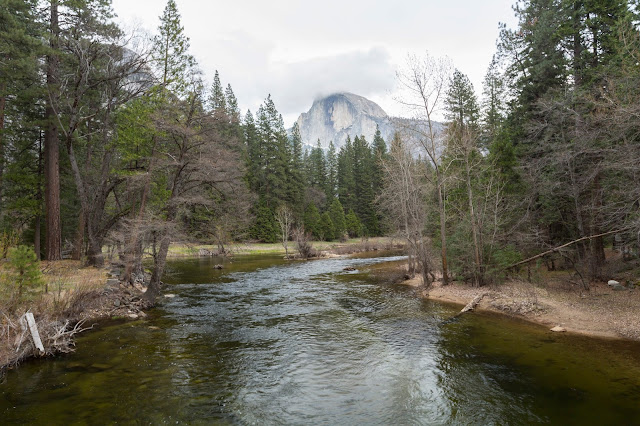 Photo taken on the Sentinel Bridge. Photo is of Half Dome and Merced River. I took this photo because a cloud was moving right above half dome.
Approximate GPS location (type into Google) according to the Canon GP-E2 GPS Receiver: 37 44 36 N 119 35 22 W 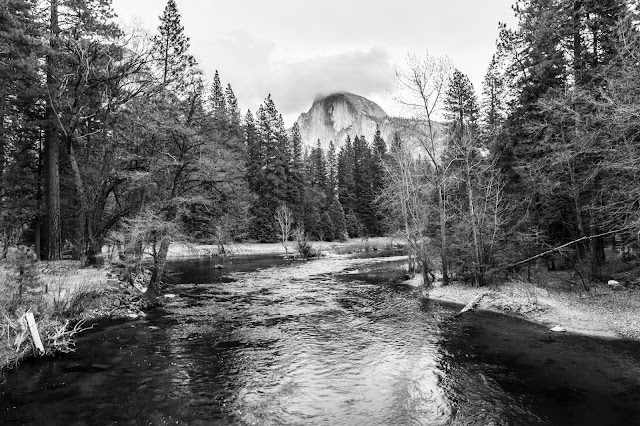 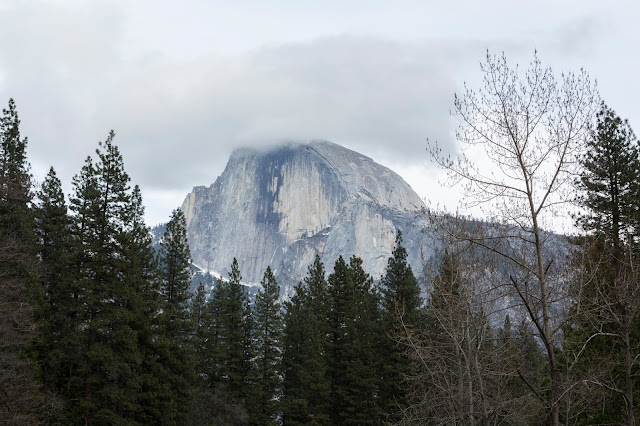 I decided to get out my telephoto lens for a closer shot of Half Dome from the same position to get a better look at the cloud floating over. 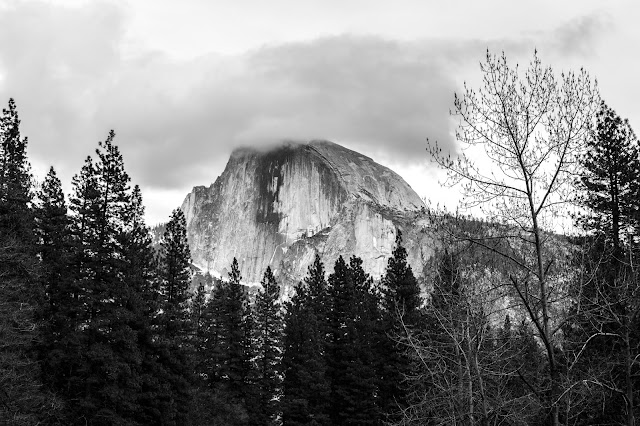 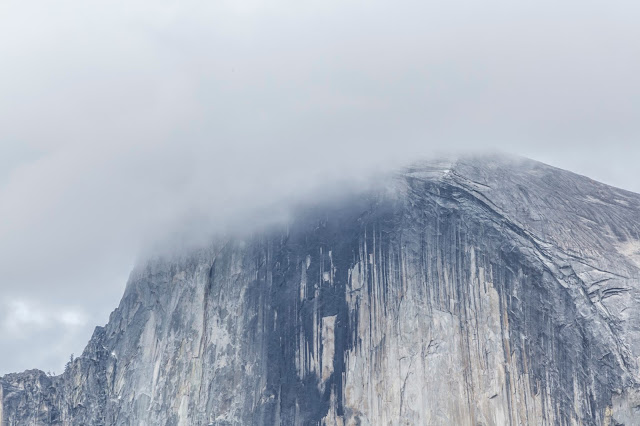 Now zoomed in at 300mm for a really zoomed in shot. Many people says the model of telephoto lens I got blurs up beyond 200mm. While stopping down did kind of fix the issue, it is still quite apparent if you get a 100% crop on the shot. 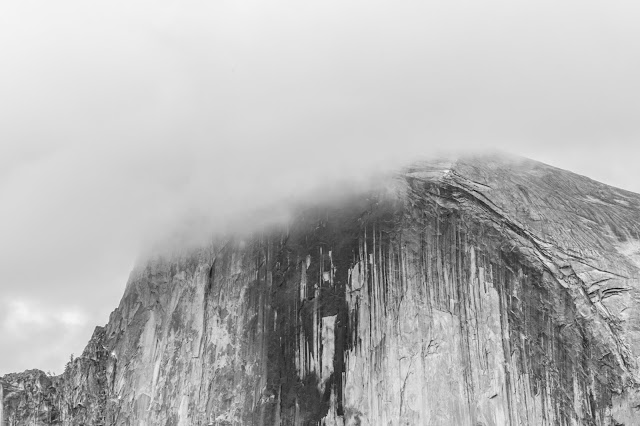 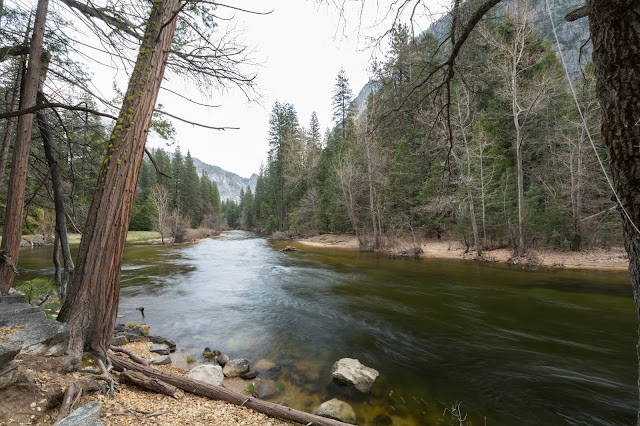 These are all the photos for today. I hope you have enjoyed them. Next time I will have more photos from Cook's Meadow, and photos from near the Sentinel Bridge. Please don't forget to share my blog posts with your friends! If you would like to get notifications next time I post, you can "Like" me on Facebook or follow me on Twitter and Google+. These links can also be found on the top of the right sidebar.