Full Resolution Photos and Prints: If you want to see full resolution photos or buy prints of any of the photos you see, they are up on my portfolio for viewing. If you are interested, choose one of the links below:
Next Part >>
<< Previous Post

I also would like to put up a review for the Yosemite Cedar Lodge here. First off, my parents did all the planning and the hotel reservations so I have no clue how much they paid for it. I however can tell you about my experience and I can say, you do save quite a bunch staying here than staying inside Yosemite (obviously), unless of course you are camping. The rooms were clean, and basic bathroom supplies (shampoo, soap, hair dryer, toilet paper) are supplied. I actually stayed at the hotel 2 nights and had a great time there. They also have a small restaurant at the hotel where you can eat at. Just one complaint is that the electrical outlets in the room are a bit old and loose. I have this outlet splitter (because hotels never have enough free electrical outlets for you to use) I use to charge up the batteries in all my electrical devices (not just camera). The splitter (which have no issues when used at home) was kind of falling out of the electrical outlets. I had to change outlets at least once, and had to do a "balancing act" trying not to get my outlet splitter to fall out. Would be nice if the owners replaced them with something newer and tighter! Considering how this hotel is out in the middle of the forest (or no where) I'd give this hotel a 5/5 my stay. 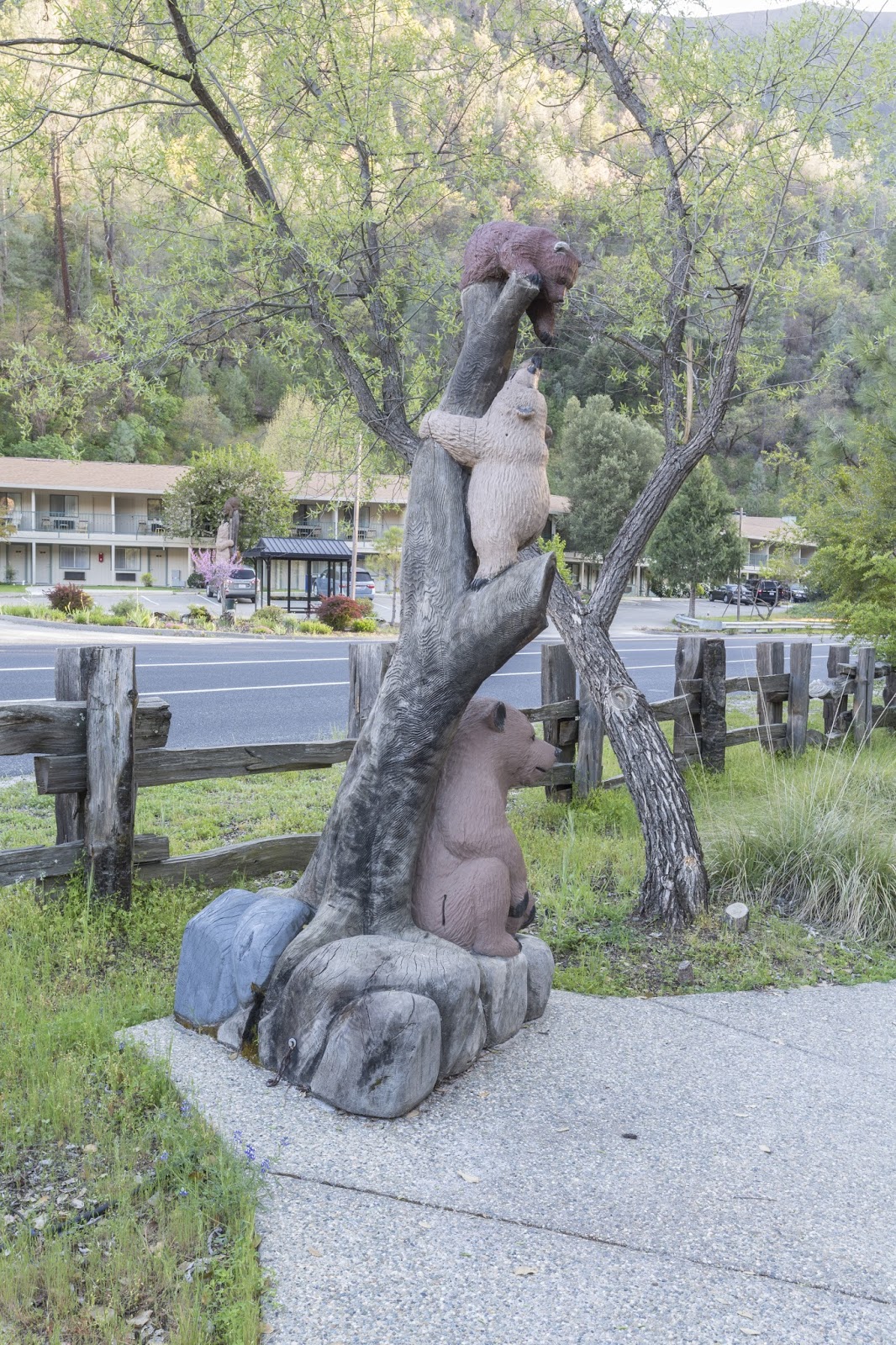 Bear statues set up around the hotel. 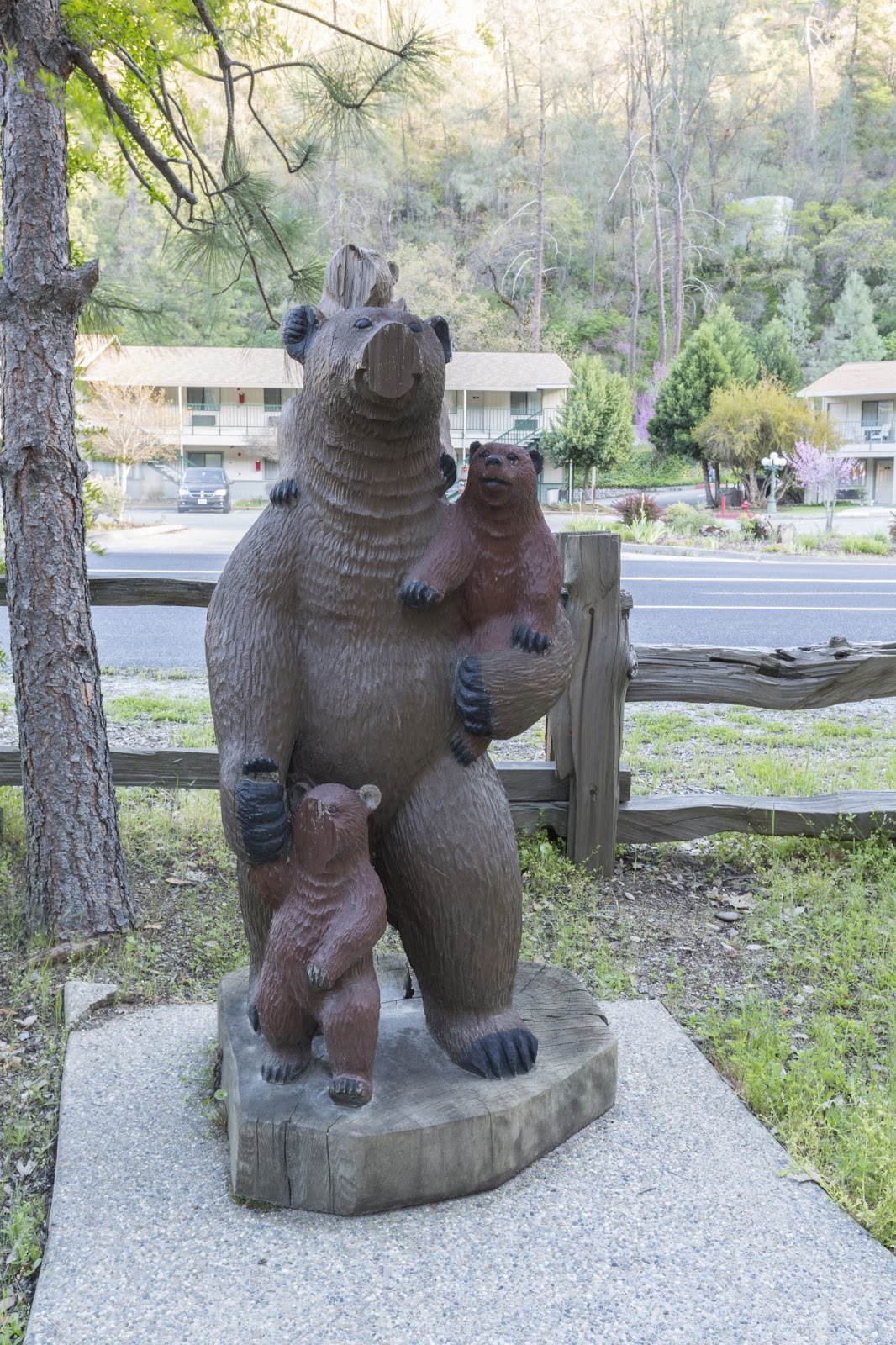 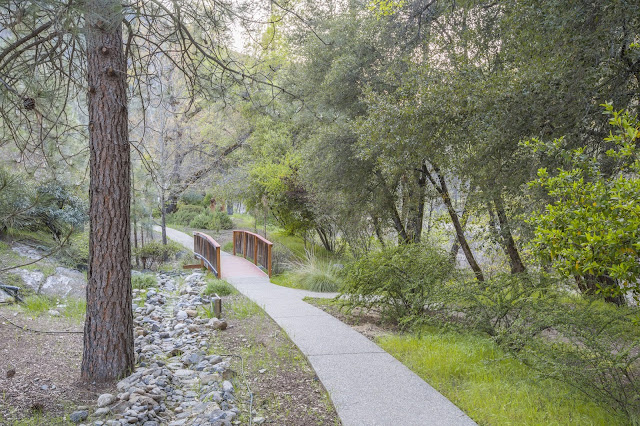 HDR composition of a tiny walkway near the Merced River right across the street from the hotel. Near the hotel there is only a tiny strip of walkway probably for hotel guests to hangout at. 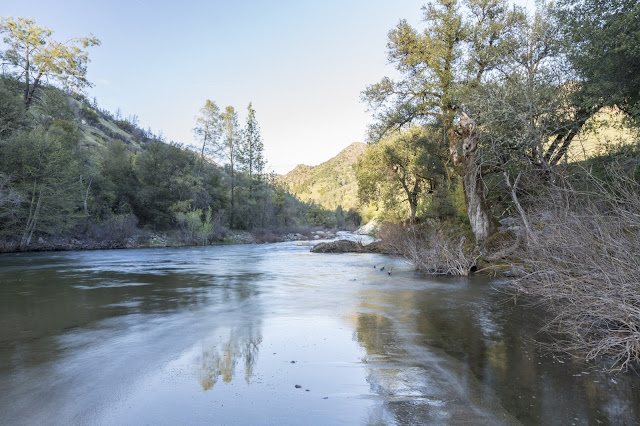 A short unpaved walkway right across the street from the hotel leads you down to the riverbank of the Merced River. As I mentioned, I arrived at the hotel pretty late in the day so the lighting was very harsh. this was the best I can do as I cannot do HDR as the river is constantly moving. 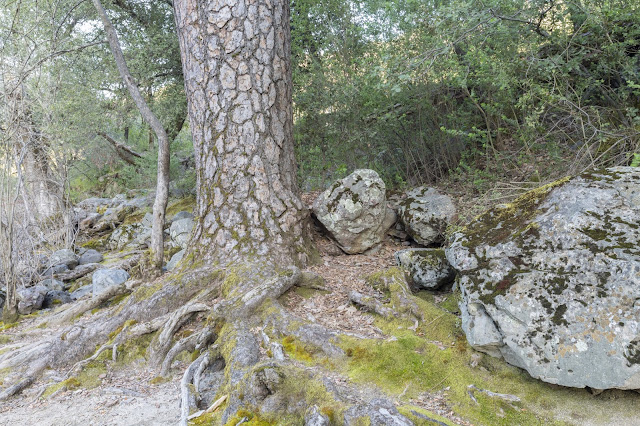 Plants growing by the riverbank. A tree with some interesting root patterns and a rock on the right with lichens and moss growing over it. 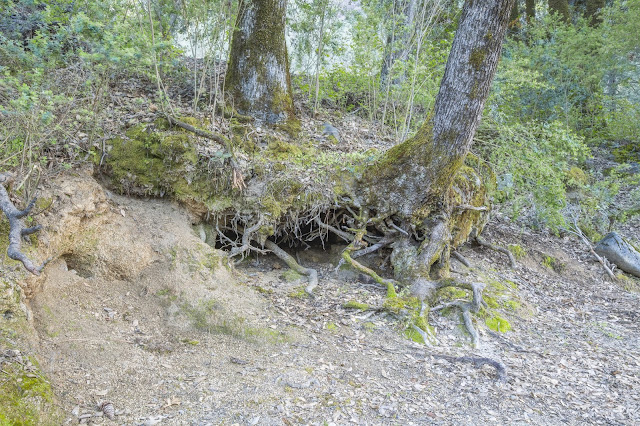 An HDR composition of another tree's roots. I thought the roots had a really nice pattern. I did HDR to try to get some of the shadow areas under the roots exposed. 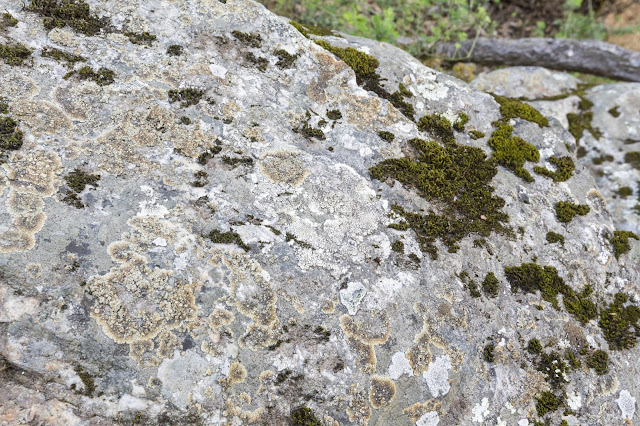 Rock with moss and lichens grown all over it. 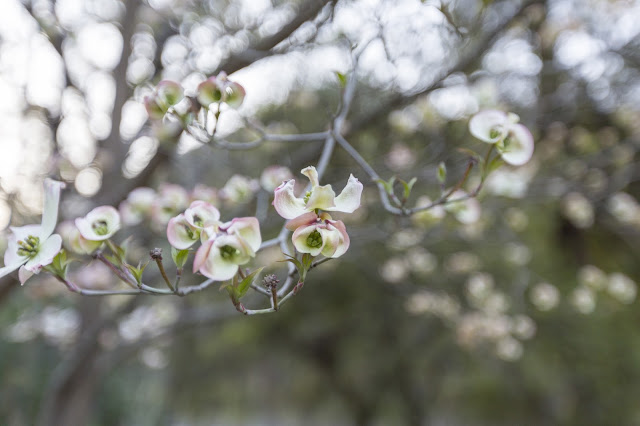 A flower tree growing across from the hotel. I did some research but didn't find anything. If you know what flower this is, please comment below. 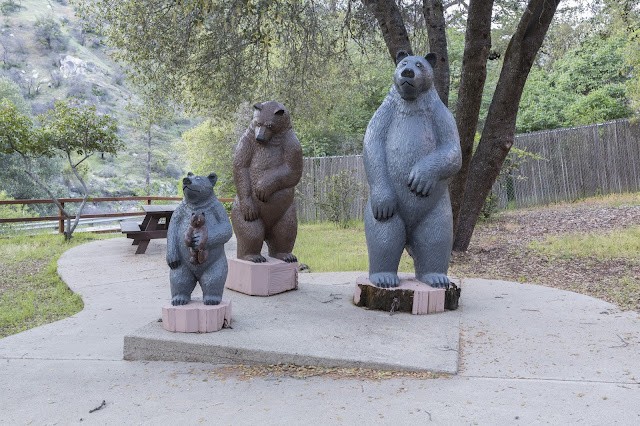 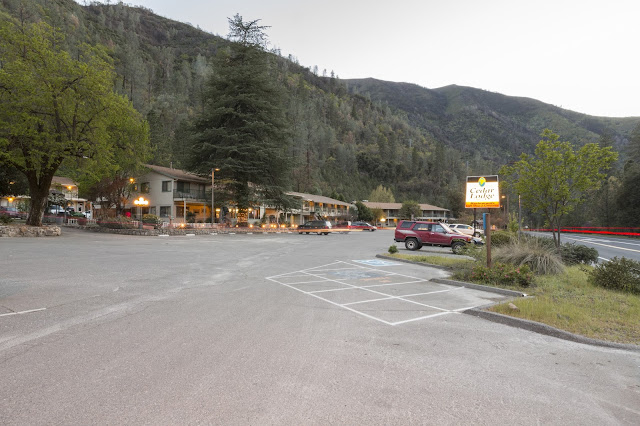 A photo of Yosemite Cedar Lodge. This was pretty late in the day with the sun setting. Since the exposure was quite long, the cars going by left streaks of light. Since it was not completely dark, the sky is blown out as usual. 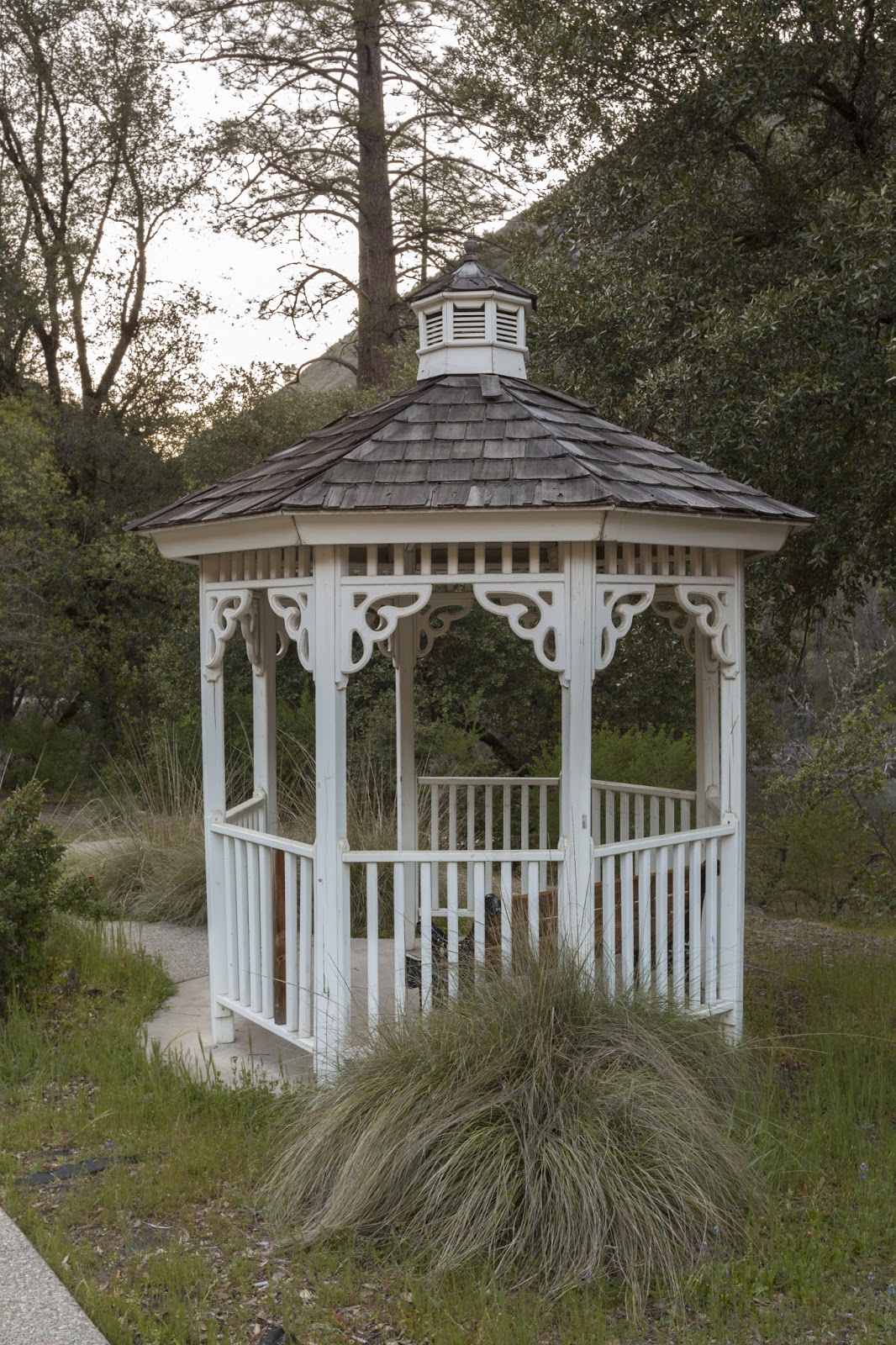 A few gazebos setup across the street from the hotel. What a great way to sit down and relax. 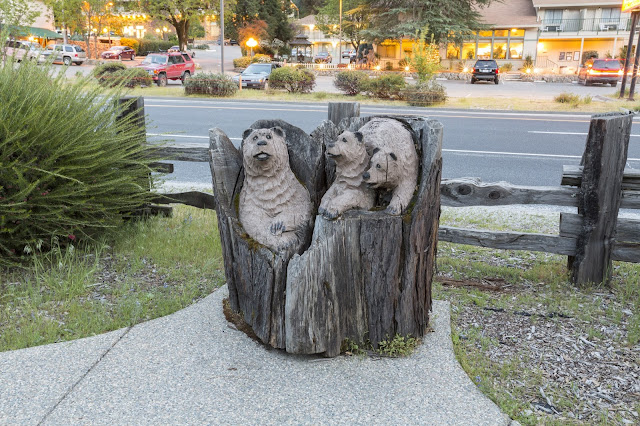 Another bear statue. The hotel is right behind across the street. 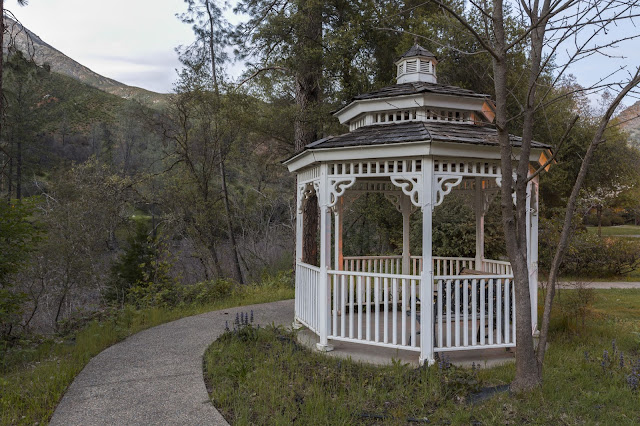 Another gazebo setup across the street from the hotel. 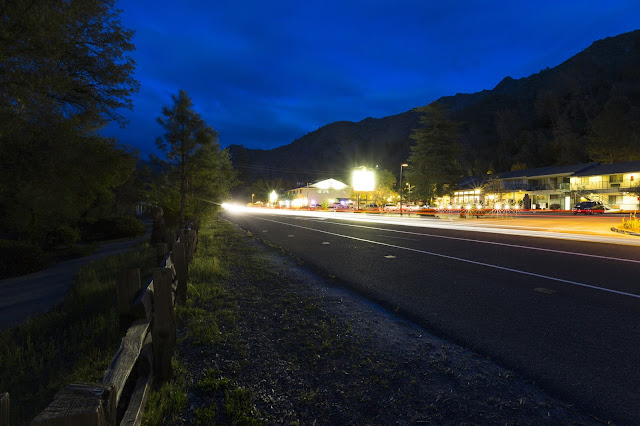 It got dark out, decided to do a few long exposures of people driving by on SR-140. The hotel is right across the street. 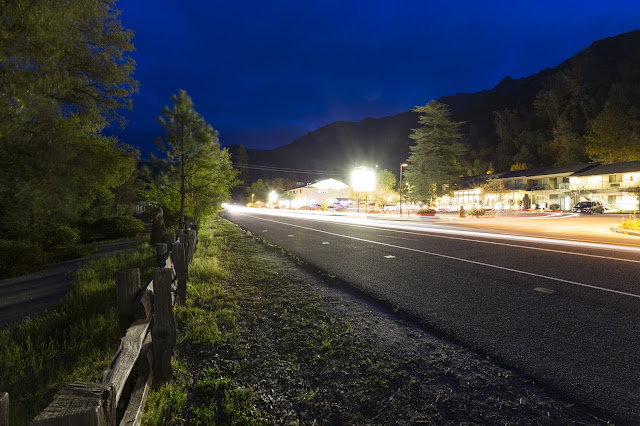 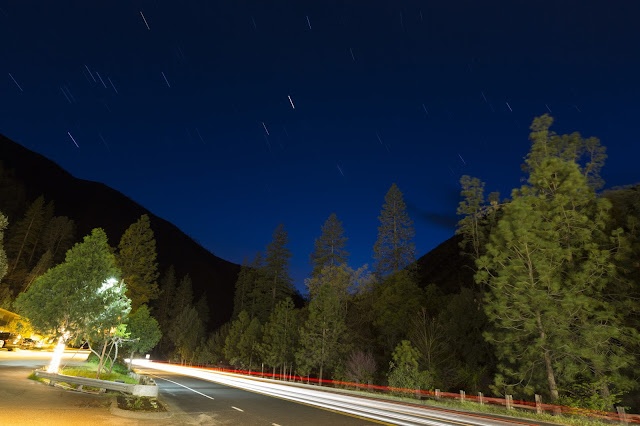 Walked across SR-140 and did another long exposure facing the other direction. The reason I did this was because I noticed the stars were coming out. This photo was shot at f/9. 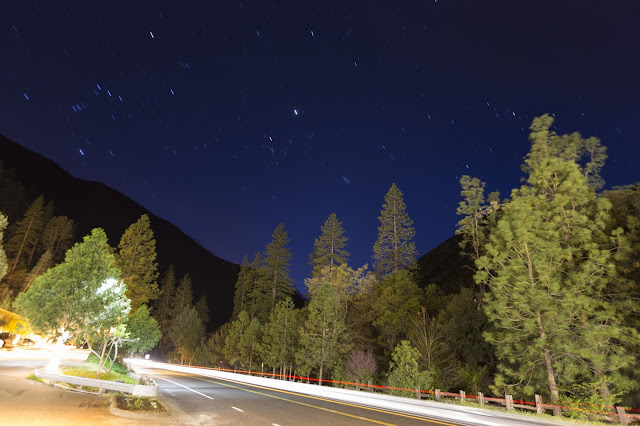 Another long exposure from the same spot with a wider aperture. As you can see the wider aperture allowed the more light into the camera, therefore more stars showed up. The trade off is, you now don't have the "crisp lines" of the stars at f/2.8.

These are all the photos for today. I hope you have enjoyed them. Next time I will be posting photos from my drive into Yosemite National Park from Yosemite Cedar Lodge. Please don't forget to share my blog posts with your friends! If you would like to get notifications next time I post, you can "Like" me on Facebook or follow me on Twitter and Google+. These links can also be found on the top of the right sidebar.