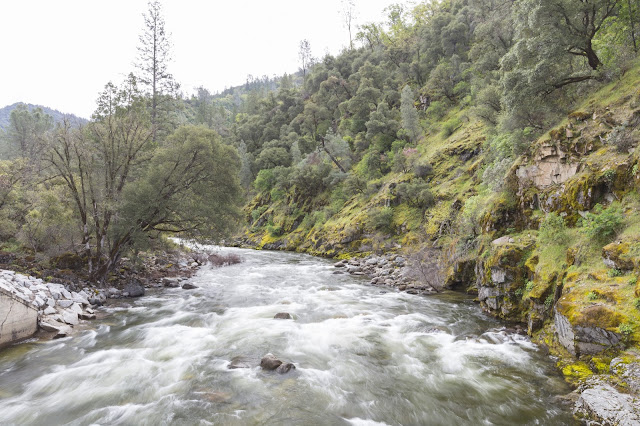 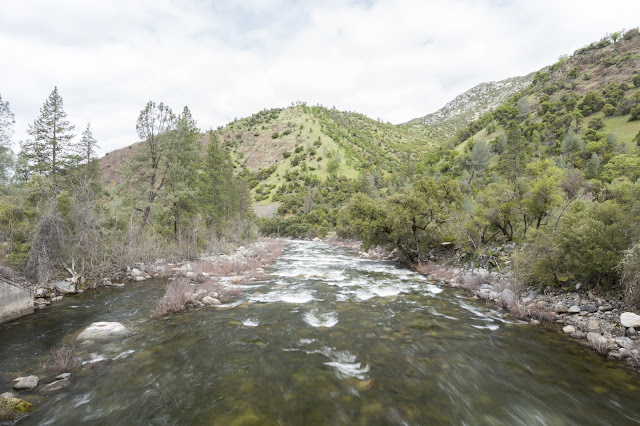 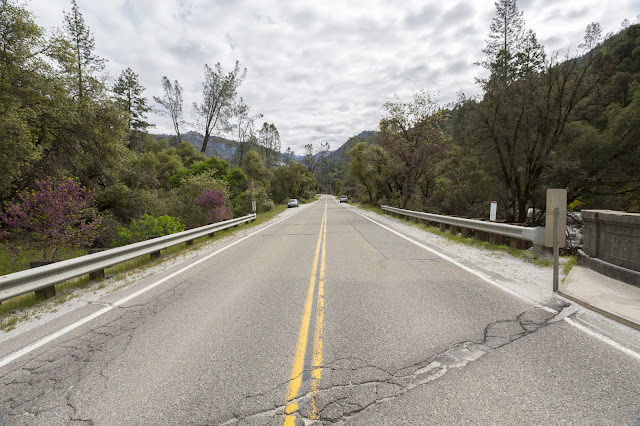 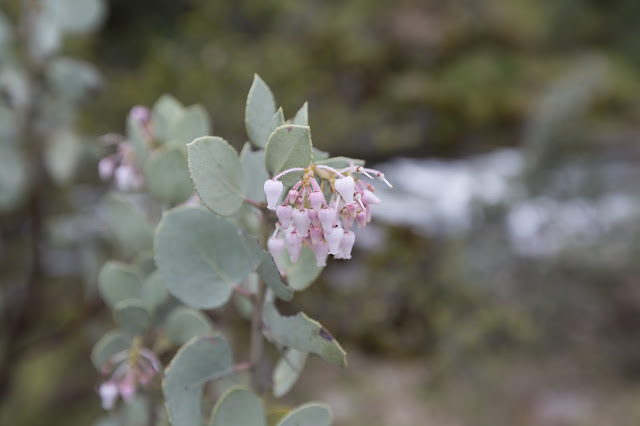 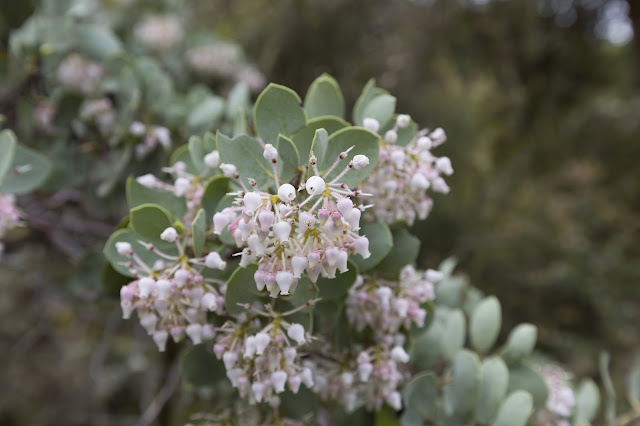 I saw these flower trees right past the bridge. I thought they looked pretty so I stopped for a few photos. 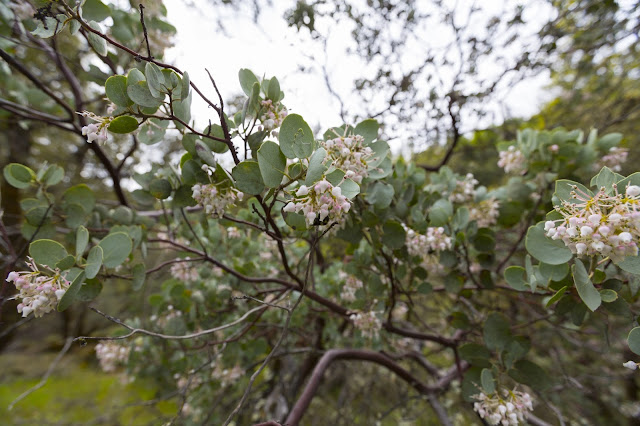 A noticed a few bees collecting nectar so I attempted to do a few more photos with them on there. 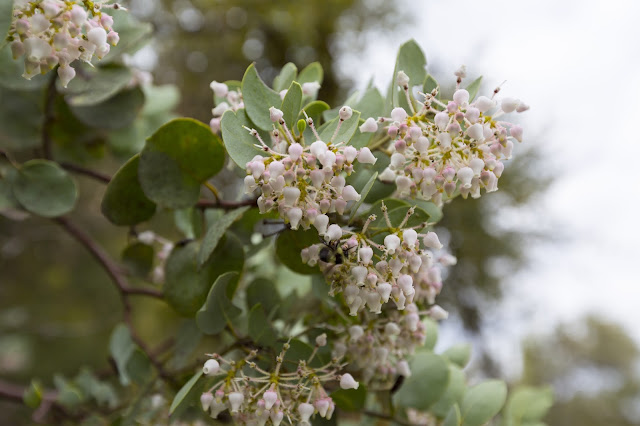 Here is another shot of the bees collecting nectar. 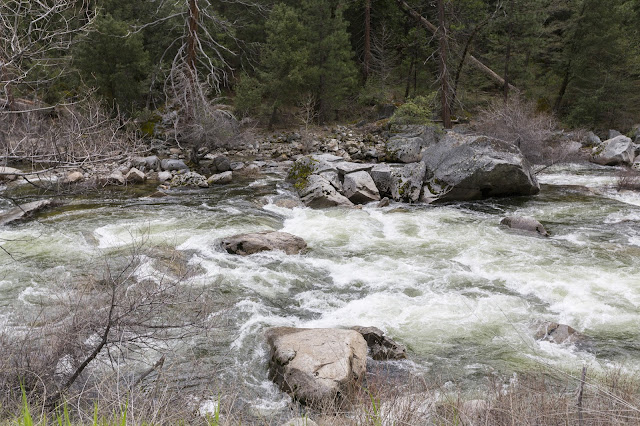 If you been to Yosemite from the west entrance, you probably know SR-140 runs along the Merced River. Here is another photo of the Merced River.
Approximate GPS location (type into Google) according to the Canon GP-E2 GPS Receiver: 37 40 59 N 119 44 00 W 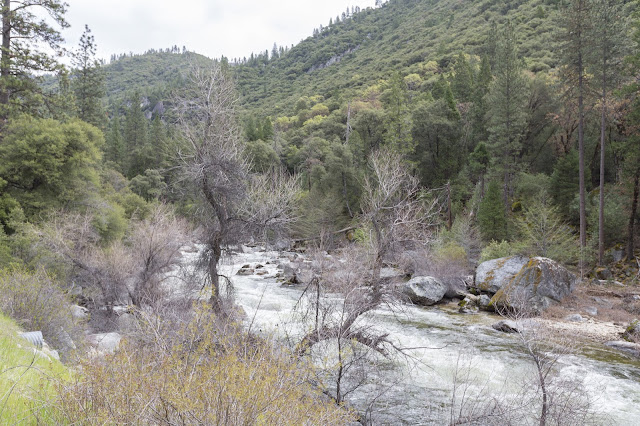 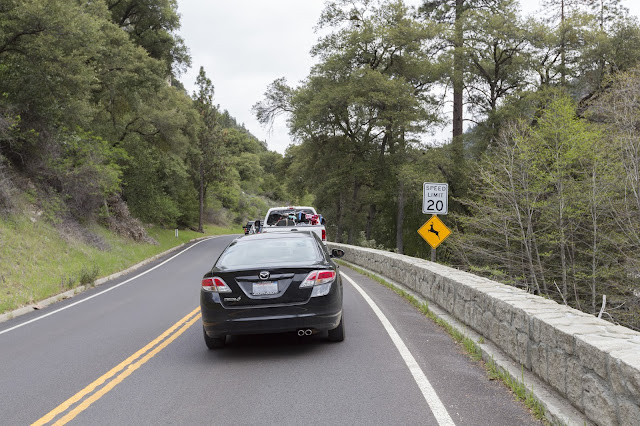 Approaching the ticket entrance of Yosemite National Park, there were a lot of cars. Sure was a slow day that day. 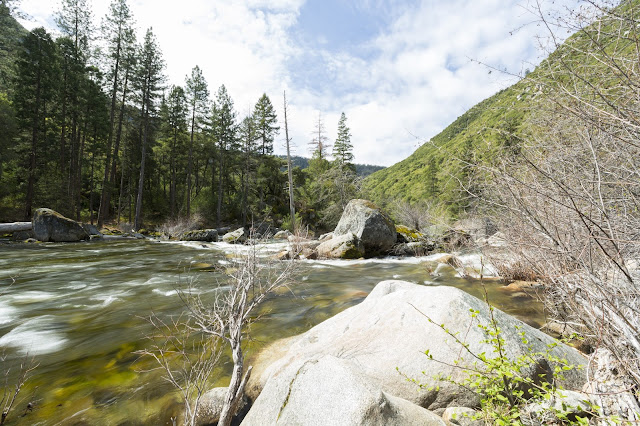 Finally inside Yosemite National Park. Pulled over to the side of El Portal Road (SR-140 turns  into this right past the ticket entrance). The photo is of the Merced River.
Approximate GPS location (type into Google) according to the Canon GP-E2 GPS Receiver: 37 41 09 N 119 43 49 W 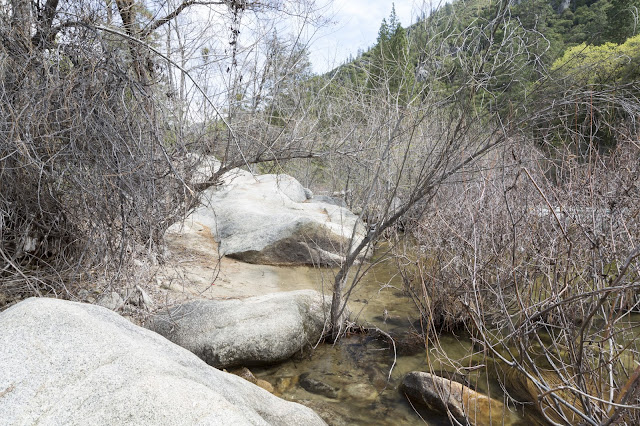 At the same location as above, took a photo of the rocks and vegetation on the riverbank of the Merced River. 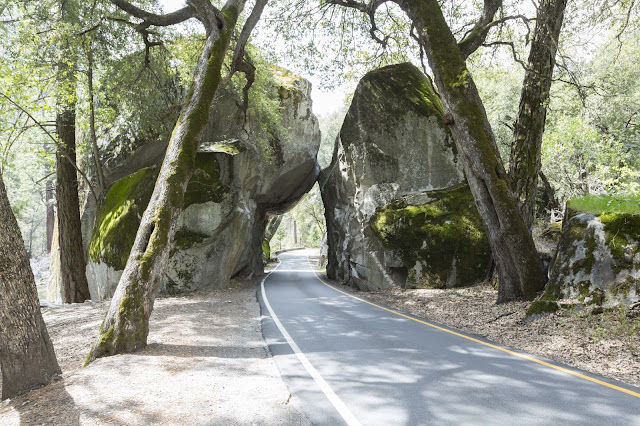 The 2 giant rocks people drive under after entering Yosemite National Park from the west.
Approximate GPS location (type into Google) according to the Canon GP-E2 GPS Receiver: 37 41 15 N 119 43 46 W 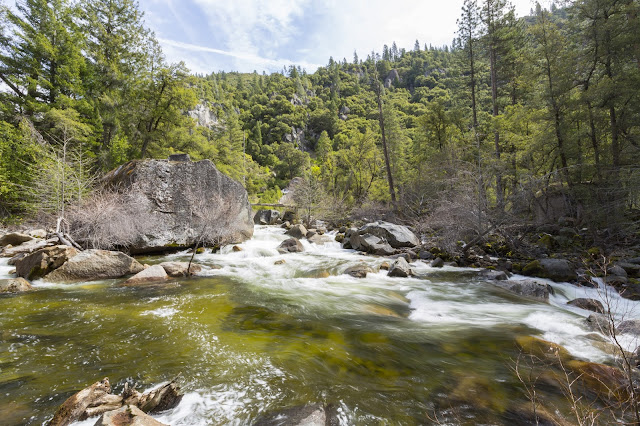 Another photo of the Merced River at a turnout on El Portal Road.
Approximate GPS location (type into Google) according to the Canon GP-E2 GPS Receiver: 37 41 15 N 119 43 46 W 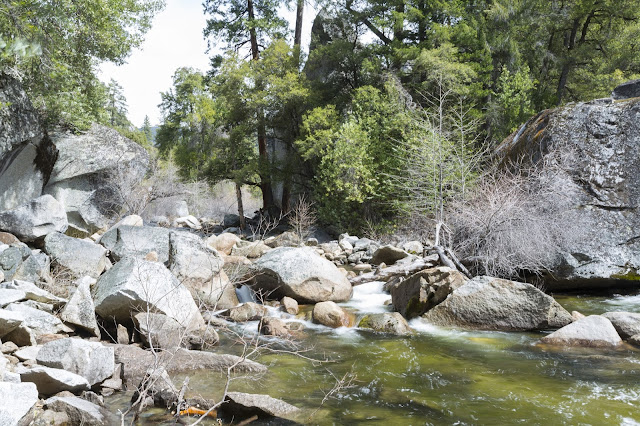 Another photo of the Merced River at a turnout on El Portal Road.
Approximate GPS location (type into Google) according to the Canon GP-E2 GPS Receiver: 37 41 15 N 119 43 45 W

These are all the photos for today. I hope you have enjoyed them. Next time I go deeper into Yosemite National Park with photos from Cascade Falls. Please don't forget to share my blog posts with your friends! If you would like to get notifications next time I post, you can "Like" me on Facebook or follow me on Twitter and Google+. These links can also be found on the top of the right sidebar.