Now let's introduce you to the photos for today. I took these photos on the way to Mono Lake (my first destination). I don't have the exact locations for these photos, and there wasn't really any names for the landmarks. I drove from the SF Bay Area to Mono Lake not crossing Yosemite. I first went onto Highway 108, and then switched over to Highway 395. The photos for today and the next few parts were taken at turnouts on one of those highways. I think the photos for today is on Highway 395, but it could be from Highway 108, but I think I already exhausted the Highway 108 photos in my last post. I also have photos from the small town of Lee Vining, CA which is near Mono Lake. That was where I stayed at night before I visited Mono Lake and entering Yosemite National Park. 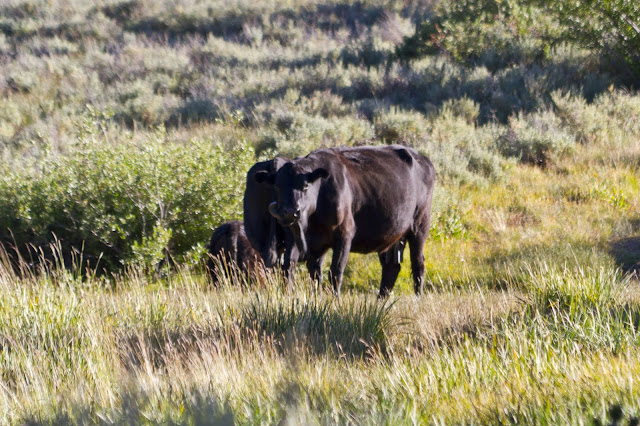 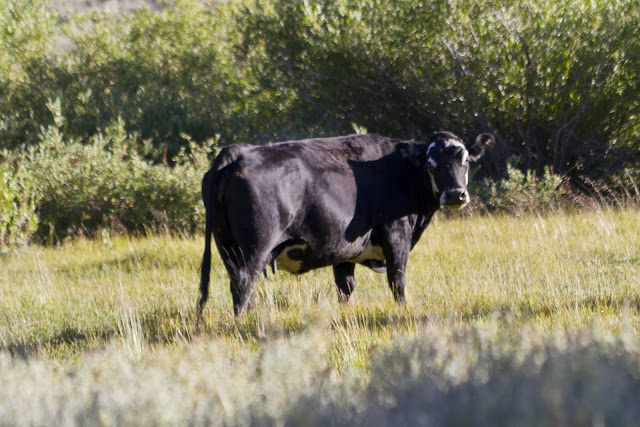 These photos were taken near the Mountain Warfare Training Center. There was some kind of US Marine Corps installation near the highway. Nice place to build a training grounds... There is not a single person with  in miles of that area. We were like the only car passing by on the highway near the area. They had no stopping signs posted on the strip near that section of the highway, so I got no photos of it. They probably don't want anyone taking photos of the training grounds anyways. 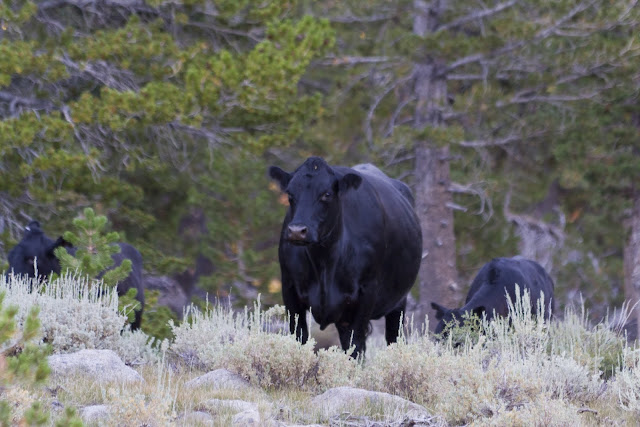 I say these cows are wild because they had no tags on their ears. Plus they seemed pretty aggressive toward me when I stopped to get photos. I just quickly took some shots and left. The high noise was due to the area being shady and my high ISO. 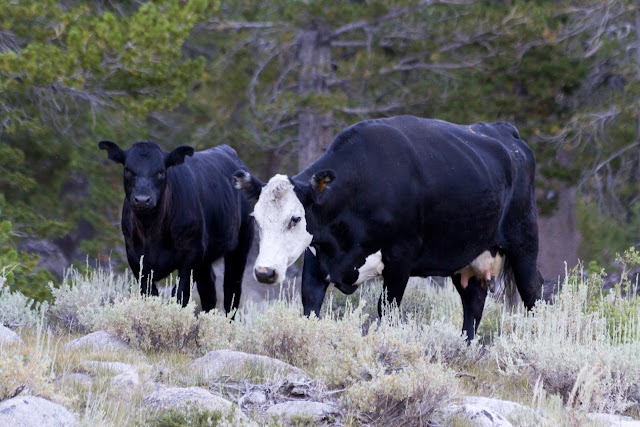 I think the looked pretty aggressive because there was a young calf there. 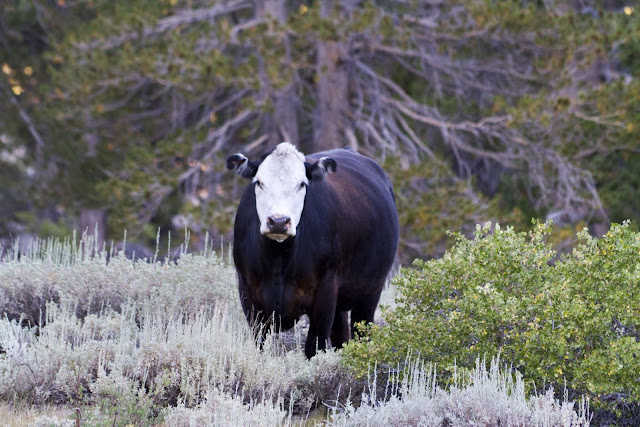 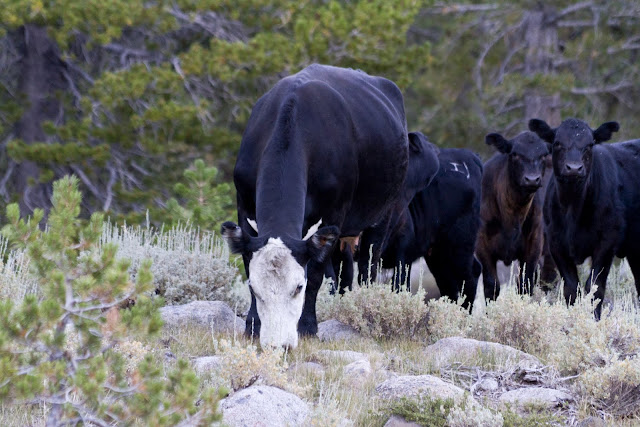 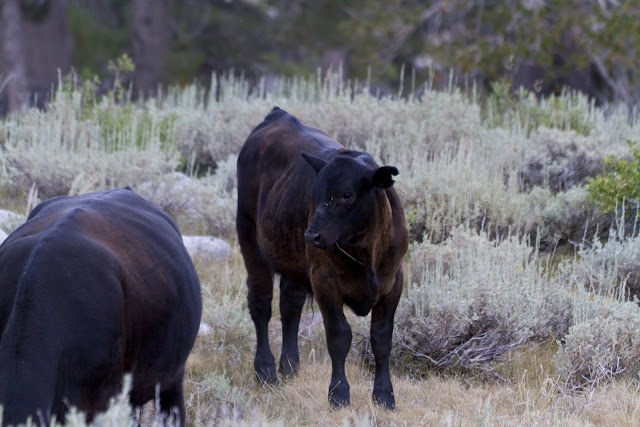 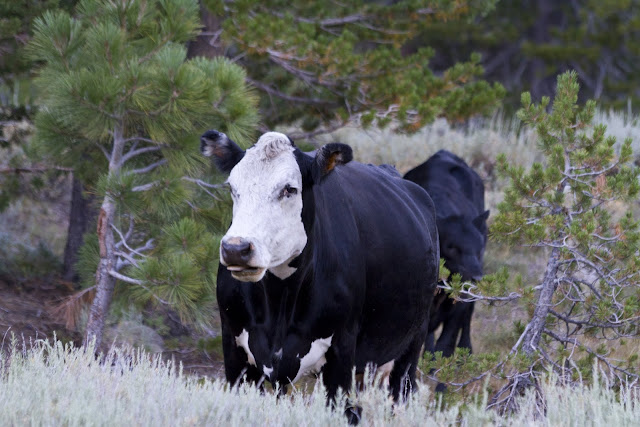 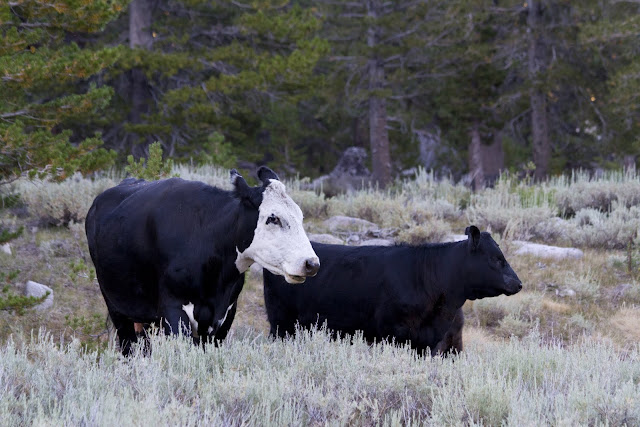 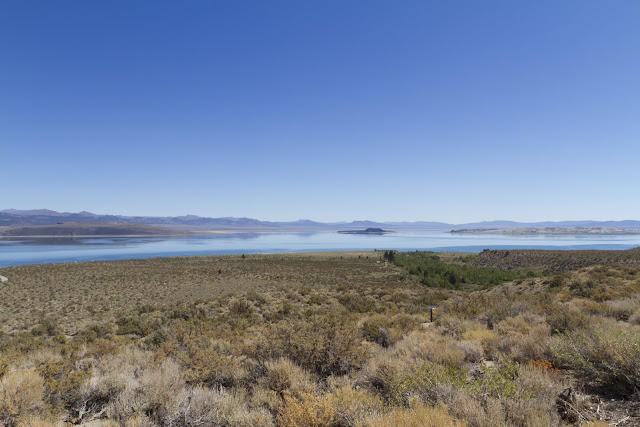 The view of Mono Lake from my room at the Yosemite Gateway Motel. The motel is really nice. This was the same motel I stayed at in 2010. You can see my 2010 photos here.
Update 10-16-2012: I only did a panorama from my motel room. This was actually the view from the Mono Basin Visitor Center (National Forest Scenery Area) 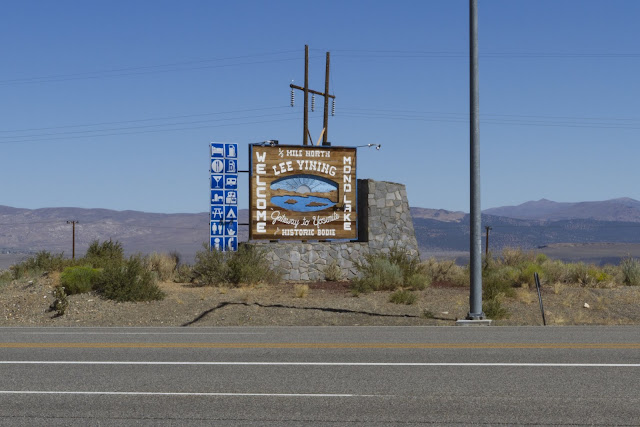 I normally don't like taking photos of man made objects, but here is a photo of the Lee Vining sign. It's the small town I stayed in. It's a really nice tiny town and I enjoy how the sign is pretty artistic. 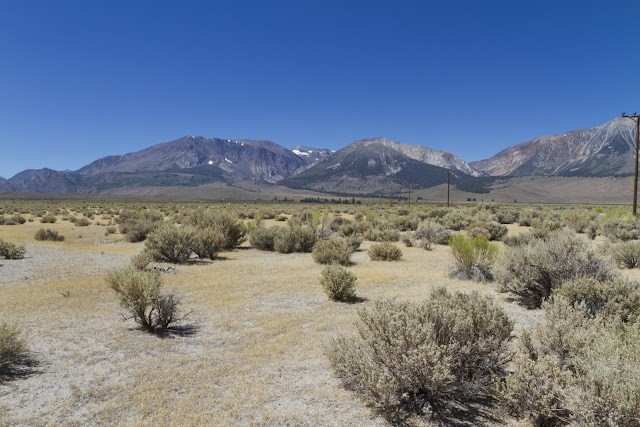 This was on the way to Mono Lake driving down a dirt rode. I walked in a bit to do a panorama and some other wide angle shots of the mounts in the back. The panorama will be posted later. Check for the link at the "Parts" section at the top of this post to see if I have posted them yet.

Alright guys, this is all the shots for today. Next time, I will start you off on the photos from Mono Lake and possibly some photos from on the way into Yosemite. Please don't forget to share my blog posts with your friends! If you would like to get notifications next time I post, you can "Like" me on Facebook or follow me on Twitter and Google+. These links can also be found on the top of the right sidebar.