Now let's introduce you to the photos for today. Today's shots are all from Yosemite National Park and it mainly consists of landscape including a few shots from Olmsted Point. I will also have a few photos of tadpoles in a lake in Yosemite. I don't have names for all the points, so if you can help me out, go ahead in the comments below. It will be greatly appreciated. 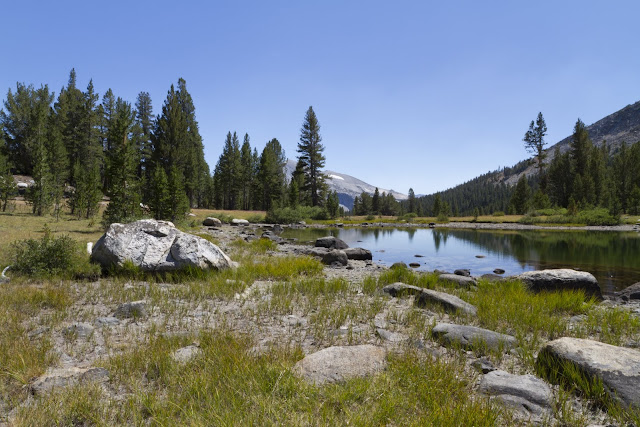 This lake was near the eastern entrance of Yosemite (like near the gate).  I thought the landscape looked great so I headed down.

So the funny thing. Back then, I only had one Canon LP-E6 for my camera then (the one that came with my camera). So I already have spent like almost all the power at Mono Lake and I was very low on power, so I was charging it in the car as we drove. Walked out to near the lake and I wanted to get some photos right? Wrong, I forgot the battery in the car. -___-" Walked back, got the battery, and came back out again. My parents were like, you were that fast taking photos? I was like no, I forgot the battery. LOL Good thing it was not too long of a walk. Anyways, just a reminder, if you charge your camera battery in the car, don't forget to place it back in your camera before you go to take photos. HAHA To prevent this from ever happening again, I got myself a backup Canon LP-E6 once I came back. If you are like me, always forgetting things, a backup battery is great. I now use it, and I never run out of power in the field. Lesson learned... Plus later I missed some night shots due to low power, so... Always have a backup on hand. 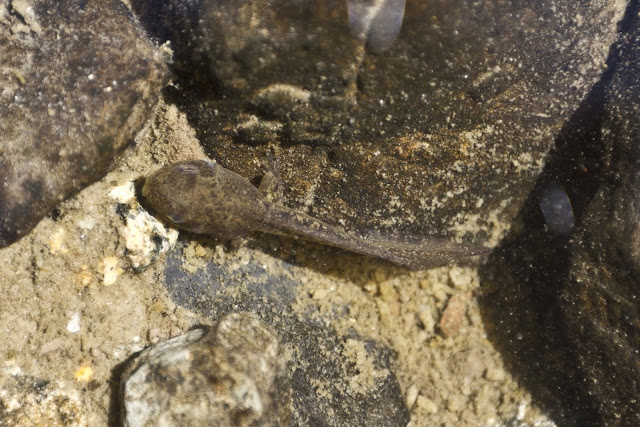 At first I thought of just taking a landscape and leaving, but after closer inspection, I saw tadpoles in the lake. I decided to get some photos of them too. So cool! 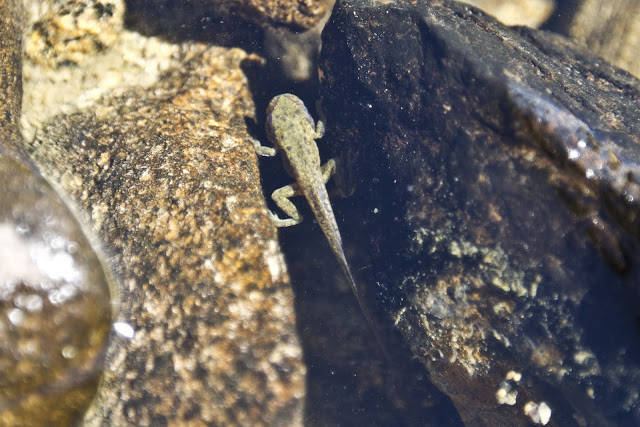 This one is almost a frog! 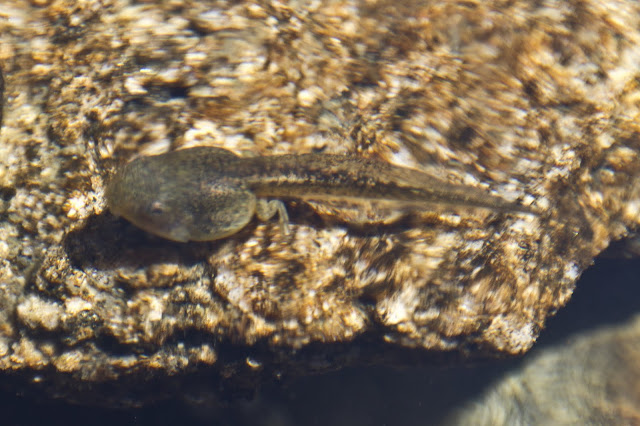 The blur was due to water. 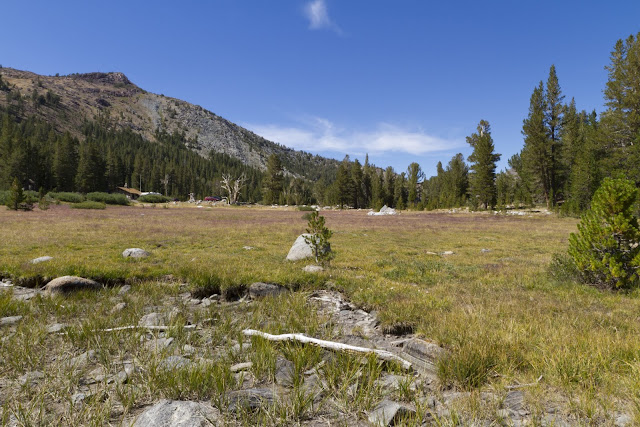 This was the meadow near the lake I think. 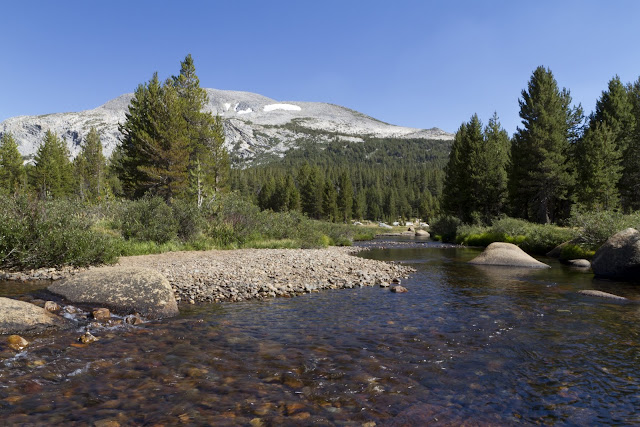 Further into Yosemite National Park, there was a stream. I took my tripod into the stream for this one.

Photography Tip: Generally, pro tripods have a waterproof "first segment". Those can generally be brought into water with no issues as long as you wipe them dry after you are done. I would obviously not do this in a fast moving stream, but the stream you see above, was fairly stable. What I usually do in the field is, leave my equipment behind first and just walk into the stream to test for depth, and also to see if there is a shot I really want in the water. After making sure everything is safe, I slowly walk back to get my equipment so I can slowly bring it to where I want the camera to be for the shot. Always make sure you test the water first without your equipment! You obviously don't want to be water damaging anything. Sometimes streams and lakes can be deeper than they seem. Be very careful if you do this. I also extend my tripod legs and attach any filters I need on land, and make sure my camera's strap is around my neck. The key here is to try not to adjust anything when you are in the water as dropping anything can be bad. I also usually don't attach any sort of remote to my camera when I'm doing this as I don't want to trip over any cables! I sometimes might use a wireless trigger release or just set the camera on self timer. 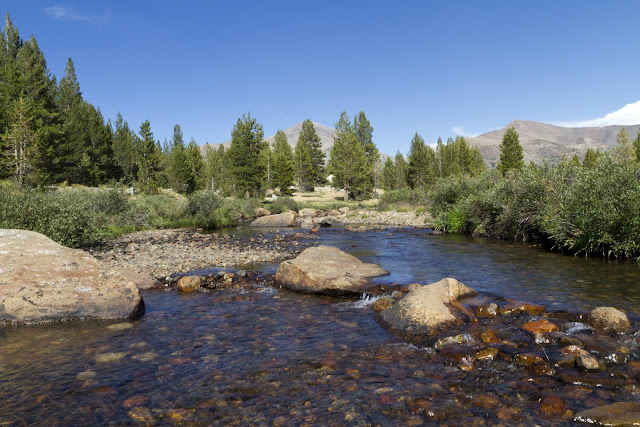 Here is a shot of the stream from the other side. 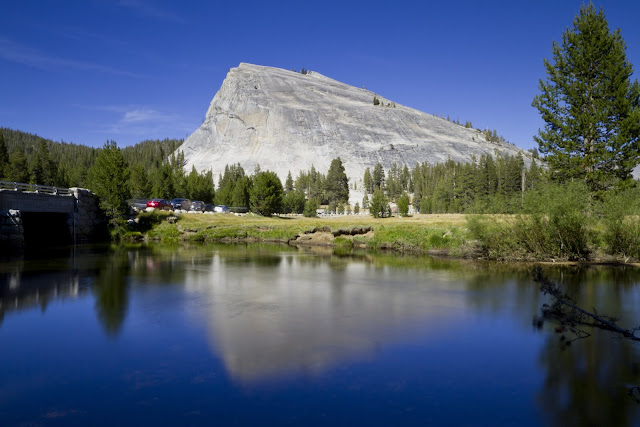 Deeper into Yosemite, I took a photo of Lambert Dome, Tuolumne River, and SR-120 (Tioga Road). I used an ND filter to slow down the shutter speed so the water in the lake would look smooth. It apparently also darkened the sky and the reflection. The colors are pretty saturated! 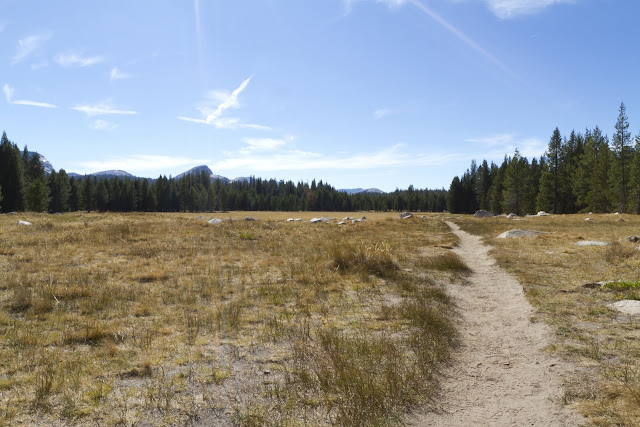 Here is a meadow inside Yosemite. Remember the rule of thirds? See how I used the trail as a lead in line? It works out okay right? 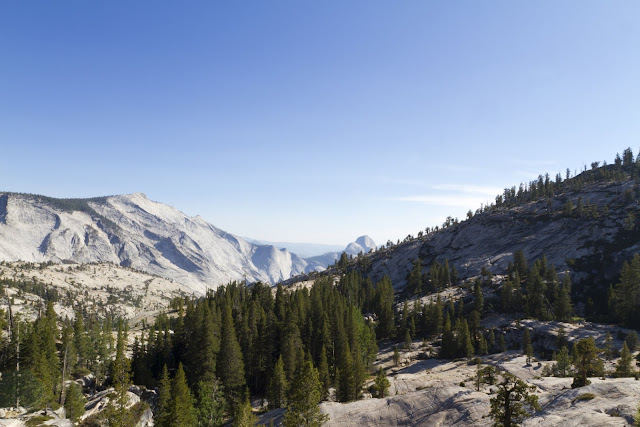 Here is the first shot from Olmsted Point. There is Half Dome in the distance. 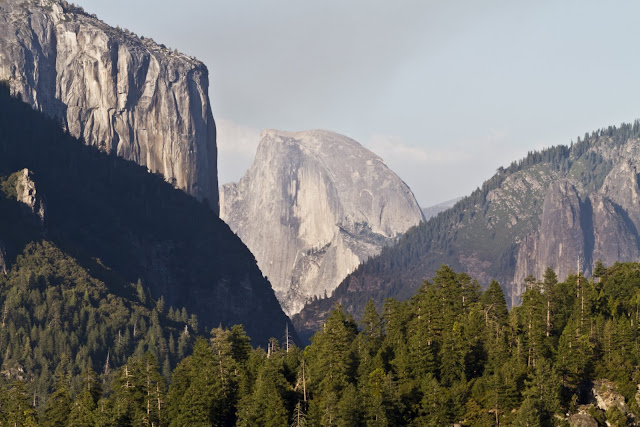 Here is a second zoomed in shot of Half Dome. I contrasted and saturated the colors a bit on this one in Camera RAW as there was a white haze or atmospheric distortion in the photo. This happens a lot when you try to take photos from objects in the distance.

This is all the photos for today! I hope you have enjoyed these. Next time I will have some photos from around Curry Village and from Yosemite Falls! Please don't forget to share my blog posts with your friends! If you would like to get notifications next time I post, you can "Like" me on Facebook or follow me on Twitter and Google+. These links can also be found on the top of the right sidebar.