Message from the author: Pushing myself up to write a blog post even though I have a headache. HAHA Well can't sleep all day anyways. Got other stuff planned. Let's just get this over with. -__-"

Now let's introduce you to the photos for today. Today's shots are all from Yosemite National Park. It will cover some shots I did in Yosemite Village and at Yosemite Falls. This includes squirrel photos, landscape shots, and a few photos of Yosemite Falls itself (well kind of). If you remember from my first blog post, Yosemite Falls was dry this year. Let's get started! 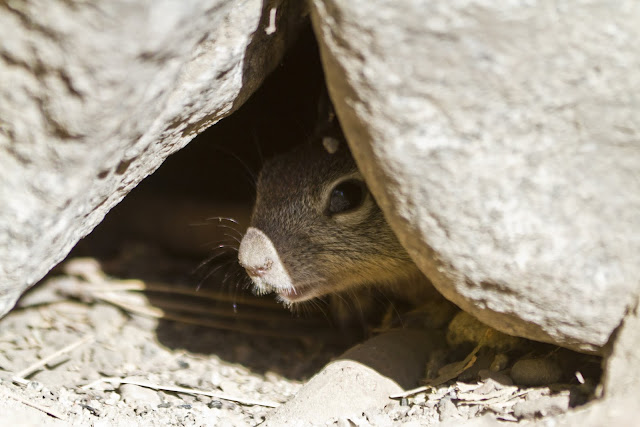 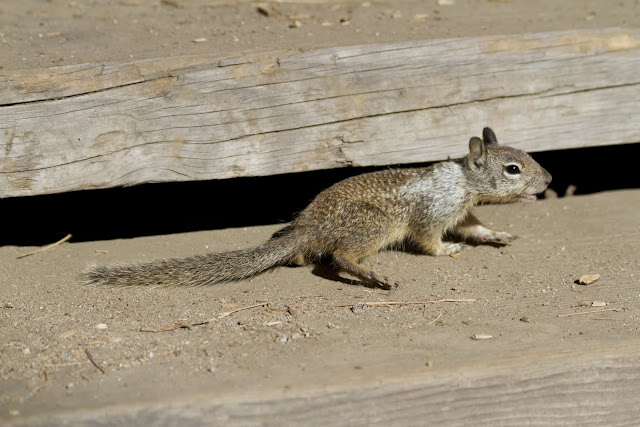 The squirrel photos before the first landscape shot is all done in Yosemite Village near the motel room I stayed at there.


Black Friday is coming up! Check out the deals on Amazon. It doesn't even have to be Black Friday, they have deals everyday! 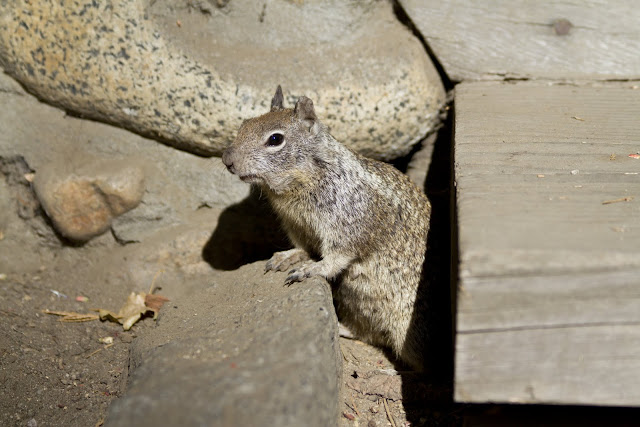 Looks like the squirrels just burrow anywhere they want, including under the stairs... 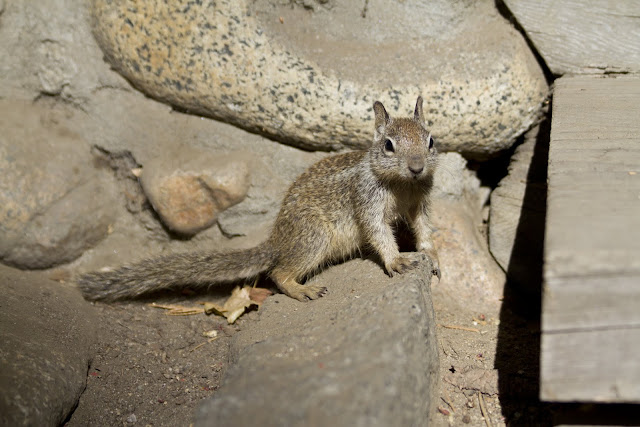 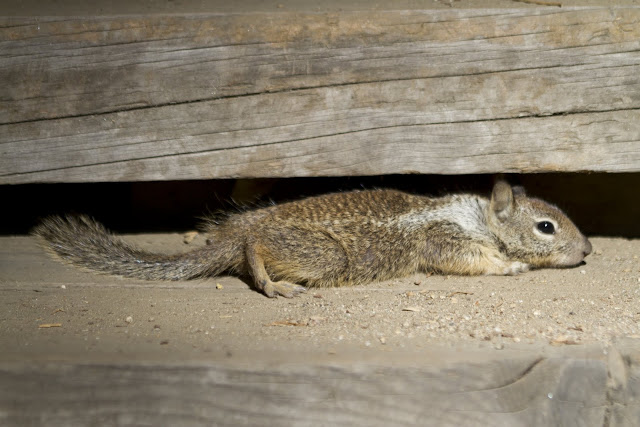 The squirrel was probably like: "Maybe if I lie as flat as I can, I'll blend in and he won't see me!" XD That's what went through my mind when I first took this photo. 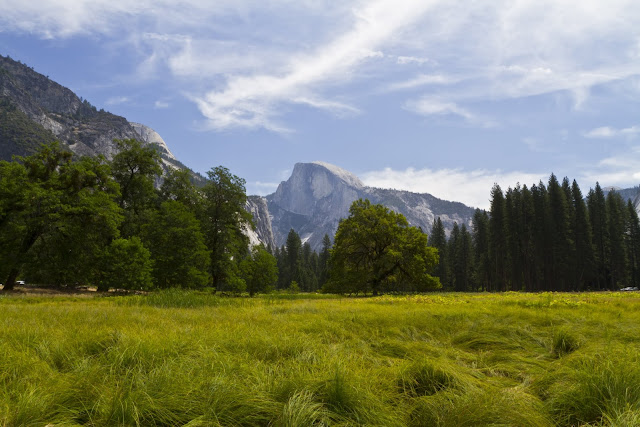 This was a view of Half Dome near the trail that take you up to Lower Yosemite Falls. I thought the meadow in the foreground looked great. The colors were saturated a bit with a circular polarizer. Good thing sun was at the correct angle at the time of the shot! :)

Photography Tip: Circular polarizers come in handy especially if you are taking photos of landscape or of things involving water or glass. Circular polarizers can help you saturate colors in your photos and bring out more contrast, especially the sky! Circular polarizers can also help get rid of glare especially glare from water and glass. The only 2 downside is it does cut light to your camera by 1-3 stops, so a tripod is unavoidable while using one or you will need to compensate for the light loss and that it only works the best when the sun is perpendicular (90°) to your camera. When buying a circular polarizer  make sure you get the right size for your lens and never go too cheap. Something over $70 is usually good quality optically speaking. Eric recommends that you get quality optics from B+W, Hoya, and Heliopan. I know it sounds expensive, but if you do buy a cheap one, they usually cause unremoveable color cast, blurring, and glares to your images. If you plan on getting a cheap filter, I recommend that you just go with no filter because it will make your photos really crappy. Trust me, I have cheaped out before, and immediately I thought what a waste of $10. Many beginner photographers make this mistake. Just trying to save you some money here. 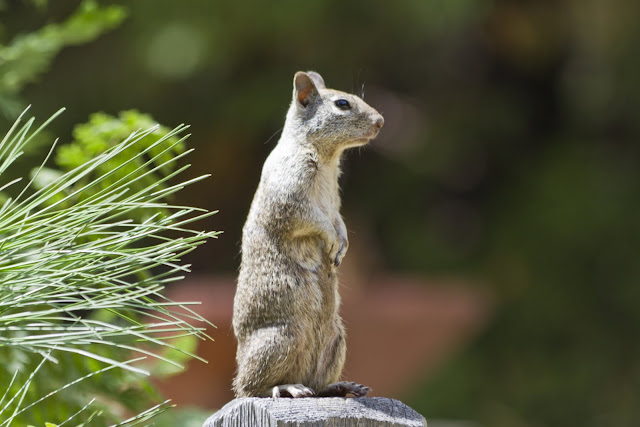 So I was taking a rest before going up the trail to Lower Yosemite Falls, this squirrel was standing still on a post. I quickly switched over to my telephoto and took the photo. 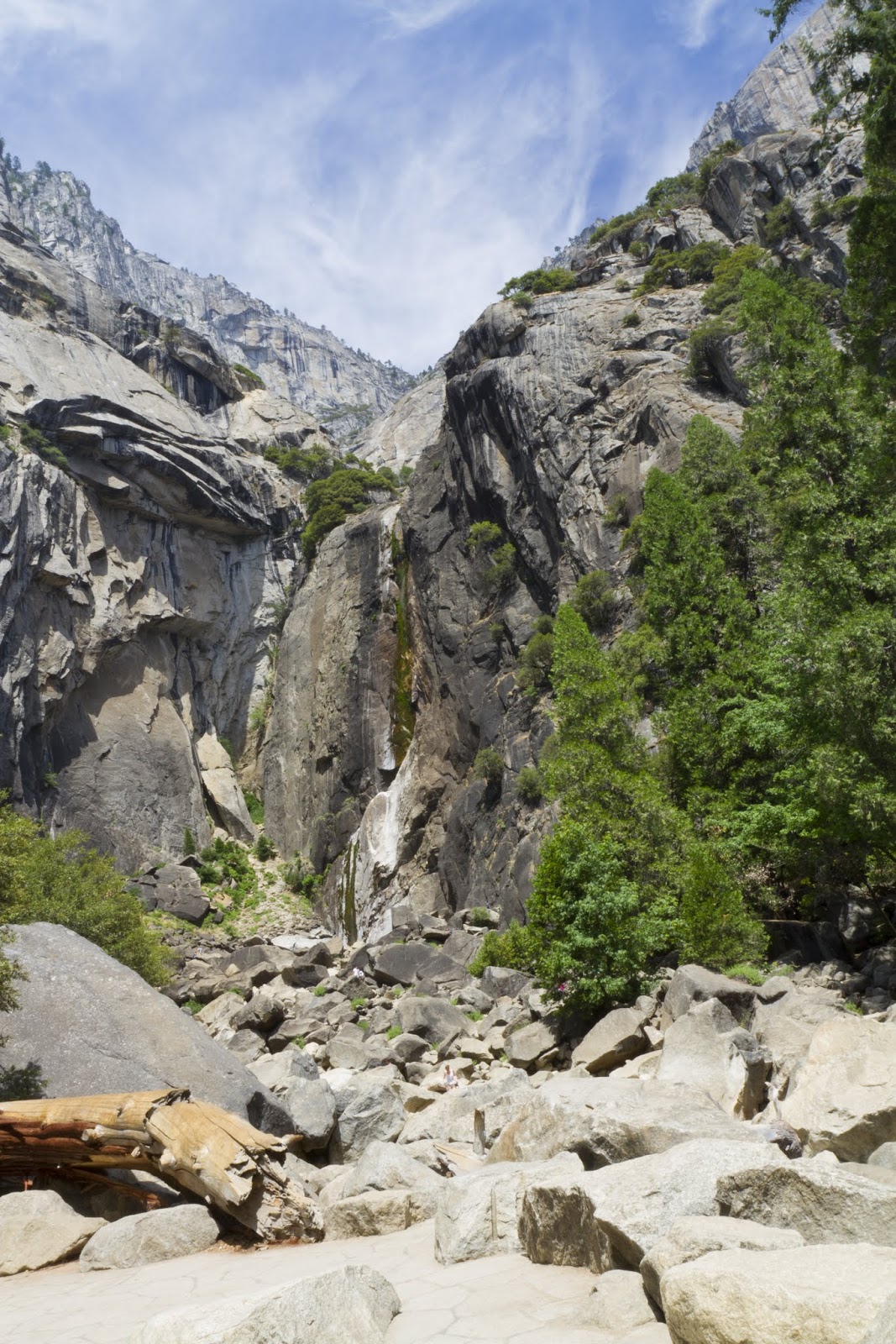 Here are the dry Yosemite Fall! Remember the comparison I gave you in the first blog post where I compared this year (2012) to 2010? 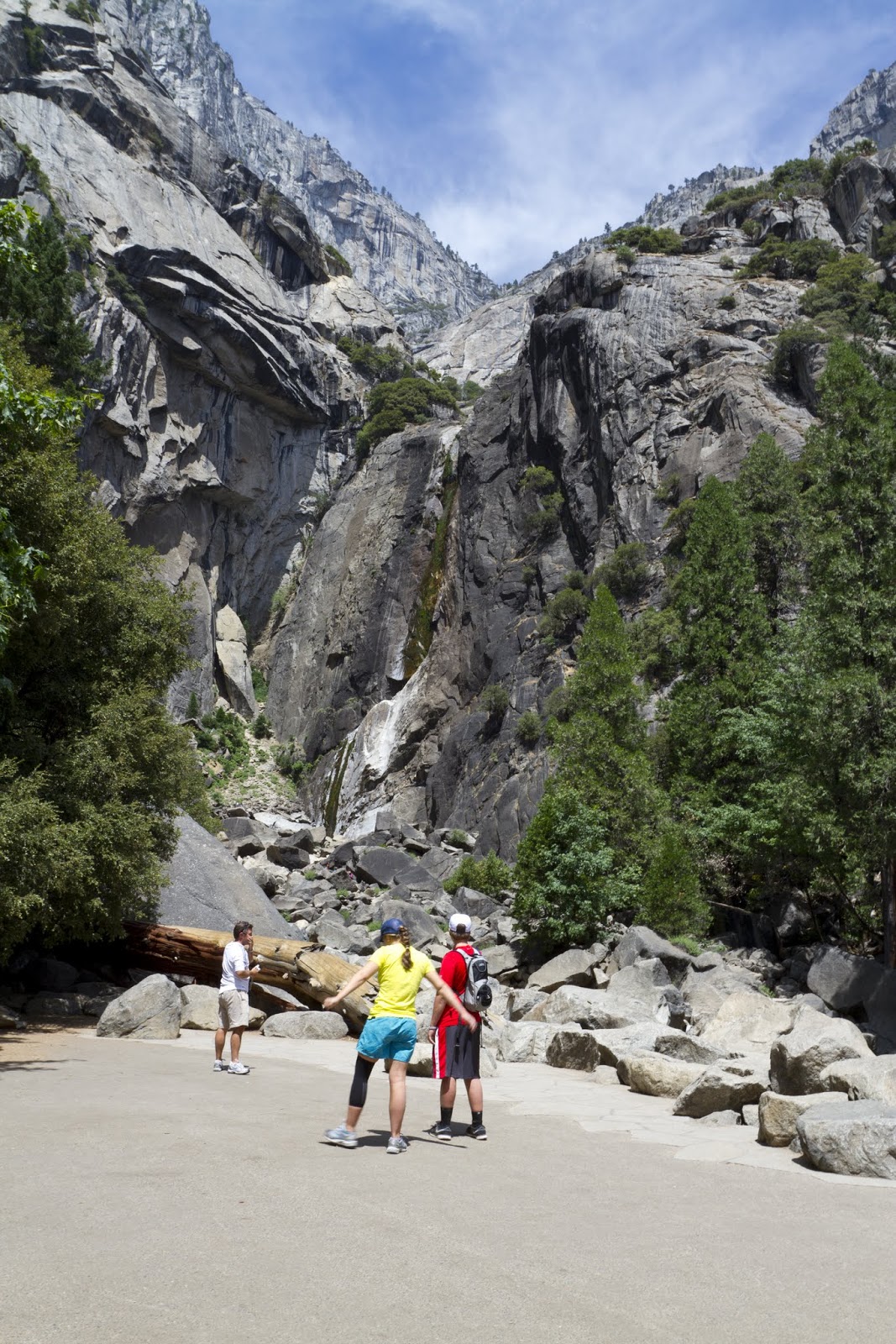 Disappointed tourists. LOL That includes me... But I got a photo of the dry waterfall right? Well I really wanted to try out my ND filters... Didn't really get to. The photos wasn't bad though. 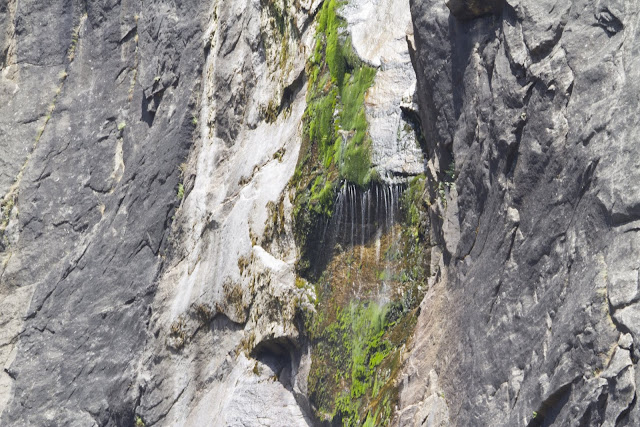 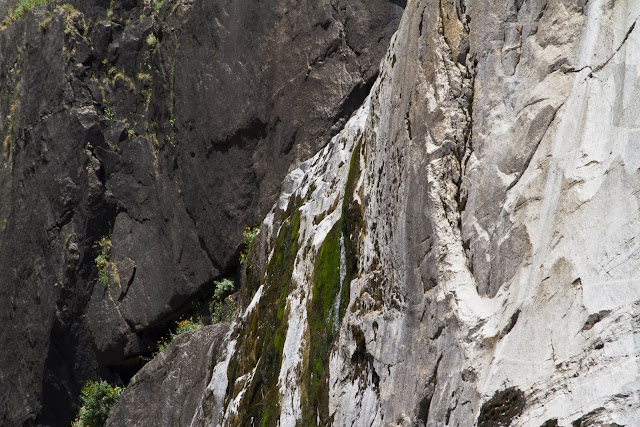 Here are two shots of the only two water streams I can see. Go see my first blog post to see where they are located on the dry waterfall.

This is all the photos for today. If you are disappointed in Yosemite Falls, you are not the only one... I really wanted to go play in the water. I also really wanted to test my new ND filters. I didn't get to, but I did get to test them later back home (well near home) at Natural Bridge State Beach in Santa Cruz, CA. The Santa Cruz photos will come up later. In the next blog post, I will have photos from Bridalveil Fall and Glacier Point in Yosemite National Park. Please don't forget to share my blog posts with your friends! If you would like to get notifications next time I post, you can "Like" me on Facebook or follow me on Twitter and Google+. These links can also be found on the top of the right sidebar.