Message from the author: I have took the major test for my course! :) There is a minor one coming up this Friday, but I should have some time to write my blog posts now. Hope you enjoy!

Now let's introduce you to the photos for today. I will finish off my photos from Mono Lake today and get started off with my Yosemite National Park photos. As I said above and in the last post, Mono Lake is a salt lake east of Yosemite National Park that is located in Mono County, California. The small town of Lee Vining borders the lake and that is where I stayed overnight. The lake covers a total of 45,133 acres or 182.65 km². The lake is famous for its high salt content and its tufa formations. If you are visiting Mono Lake and are driving there from the SF Bay Area, may I suggest also visiting Bodie State Historic Park which is a ghost town near the area. I didn't visit that area because apparently I had no clue of its existence the time I went until a fan of mine on G+ posted some photos up. The park itself is not very far away from Mono Lake, and in fact you kind of pass it if you take the route I did. I'd say there is an extra 5 miles there and 5 miles back (the road to the park is a dead end according to Google Maps). From my fan's photos, I'd say the park is great for star trails photography at night because the buildings at the ghost town really make great foreground objects for star trails. If you are doing such photography, just make sure you pack some jackets as it will get cold. Also from the looks of the photos, some time lapse of clouds moving overhead might look good too. If I visit Mono Lake again, I will definitely go there. Enough with my amateur tourism guide. HAHA On with the photos for today. 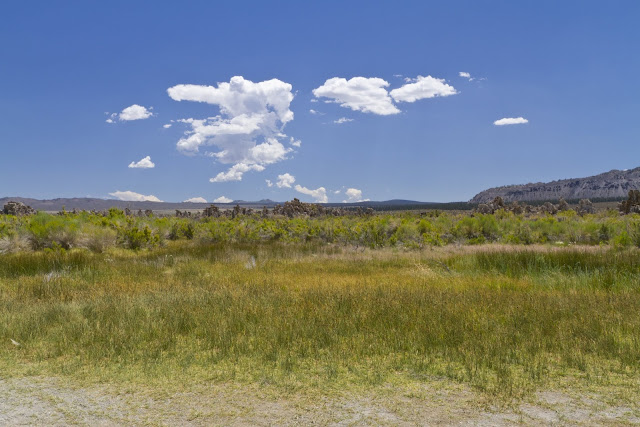 Grass field with some tufa behind. I think the clouds adds a nice touch to the photo. Good thing the clouds started rolling in! 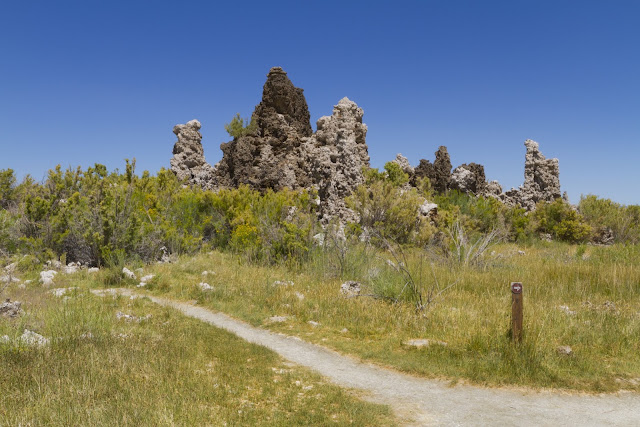 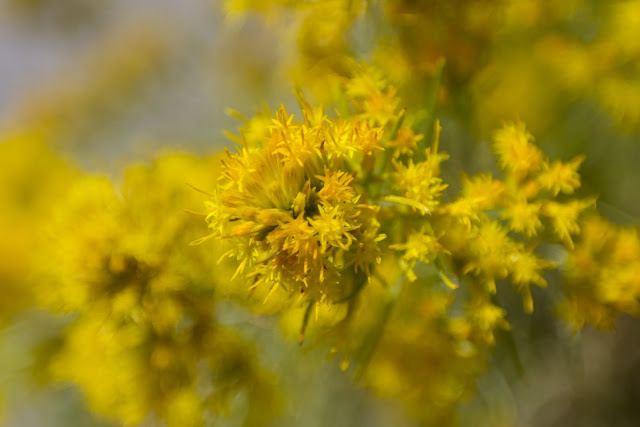 Close up of flowers at the park 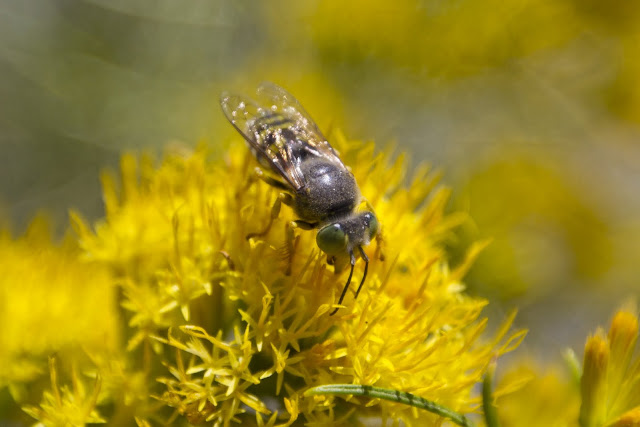 I originally thought this was a horsefly (as you seen in the previous post there were many at the park) until one of my G+ fans pointed out the blurred out pattern on the abdomen of the bee. HAHA If I knew it was a bee, I would have probably not have gotten so close. I am not allergic to the stings, but I am extremely terrified of these little critters. LOL 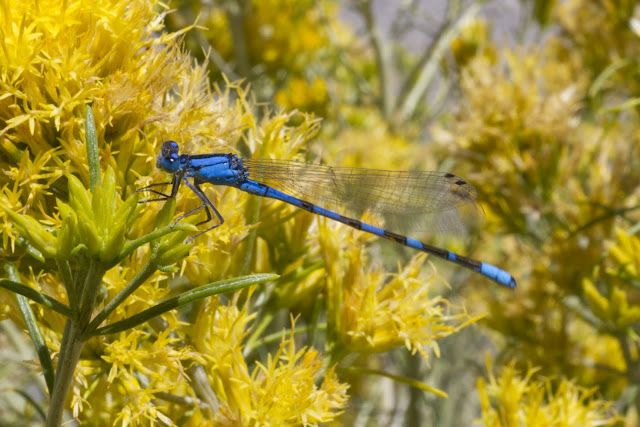 Dragonflies at the park. There were many. I only picked a few to show you because my manual focus skill was not very good and I ruined a bunch of shots, and they mostly look the same. 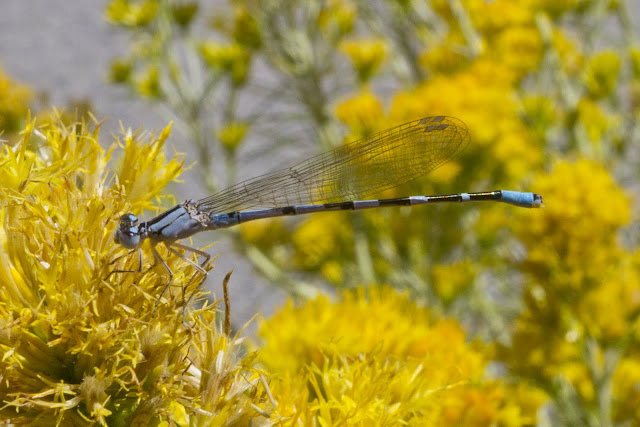 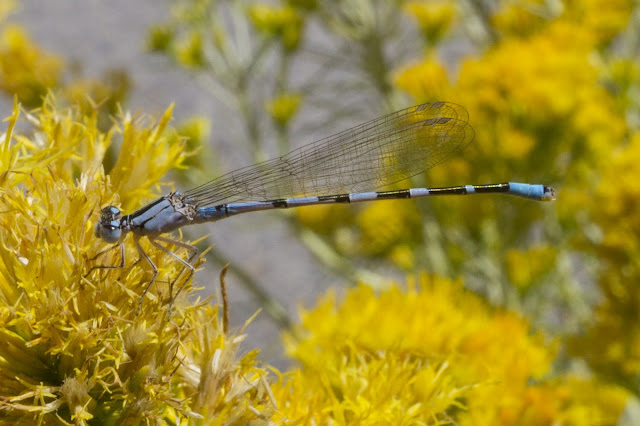 2 more shots of the dragonflies. After this, I left for Yosemite National Park. (Well technically I wanted more photos, but my bladder thought differently... LOOL So afterwards, I was like, eh, let's go. ROFL) 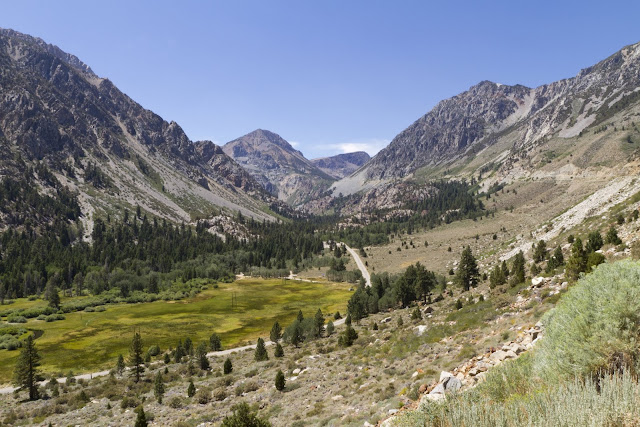 This was not Yosemite National Park yet. This was on the road. I thought this valley looked very cool. So I told my chauffeur (technically my dad) to pull over. I crossed the highway with my equipment and took the photo.
Update 10/14/2013: This is a photo from Tioga Pass. 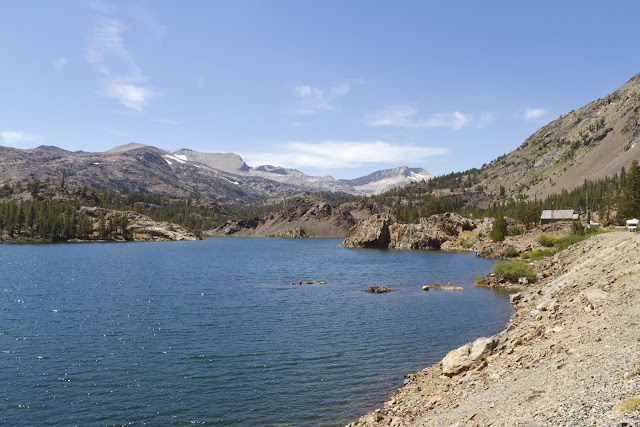 This is Ellery Lake in Yosemite National Park. Elevation is at 9,538 feet. I took a photo of the sign to help me remember. It's a great tip for these types of photography. 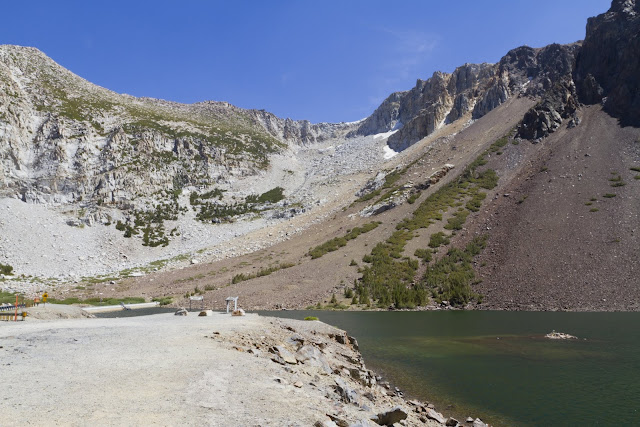 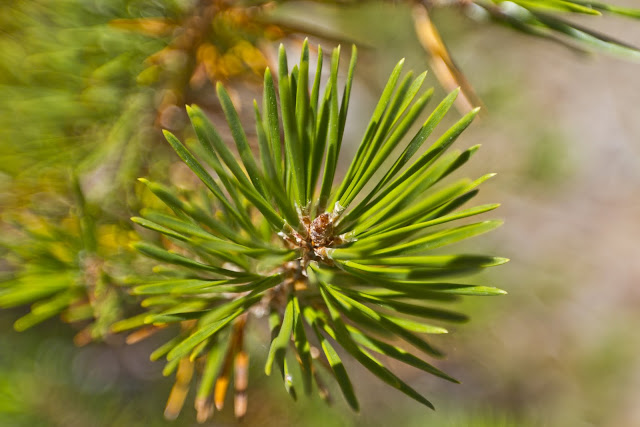 A close up of some freshly growing pine needles. This was near Ellery Lake including the next 2 photos. 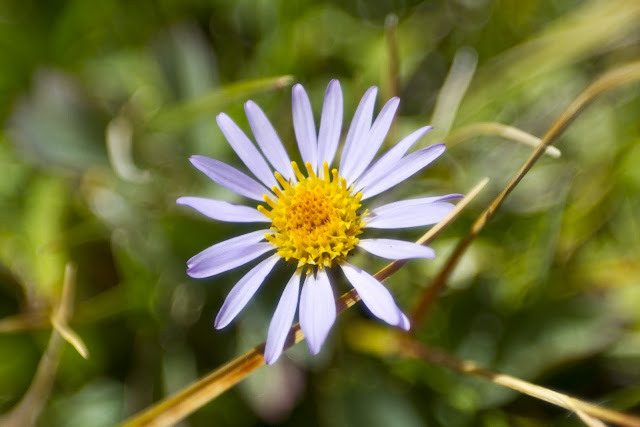 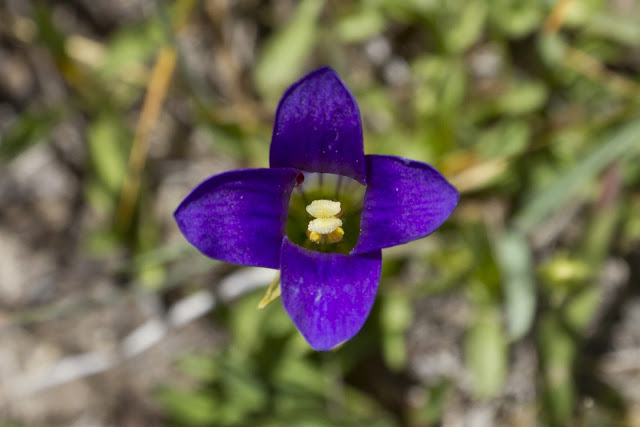 Close ups of flowers near the pine needles I took a photo of above.

This is all the photos for today. Next post I will leave Ellery Lake and go deeper into Yosemite. I will also have some photos of squirrels in Curry Village. I will try my best to post tomorrow. :) Please don't forget to share my blog posts with your friends! If you would like to get notifications next time I post, you can "Like" me on Facebook or follow me on Twitter and Google+. These links can also be found on the top of the right sidebar.